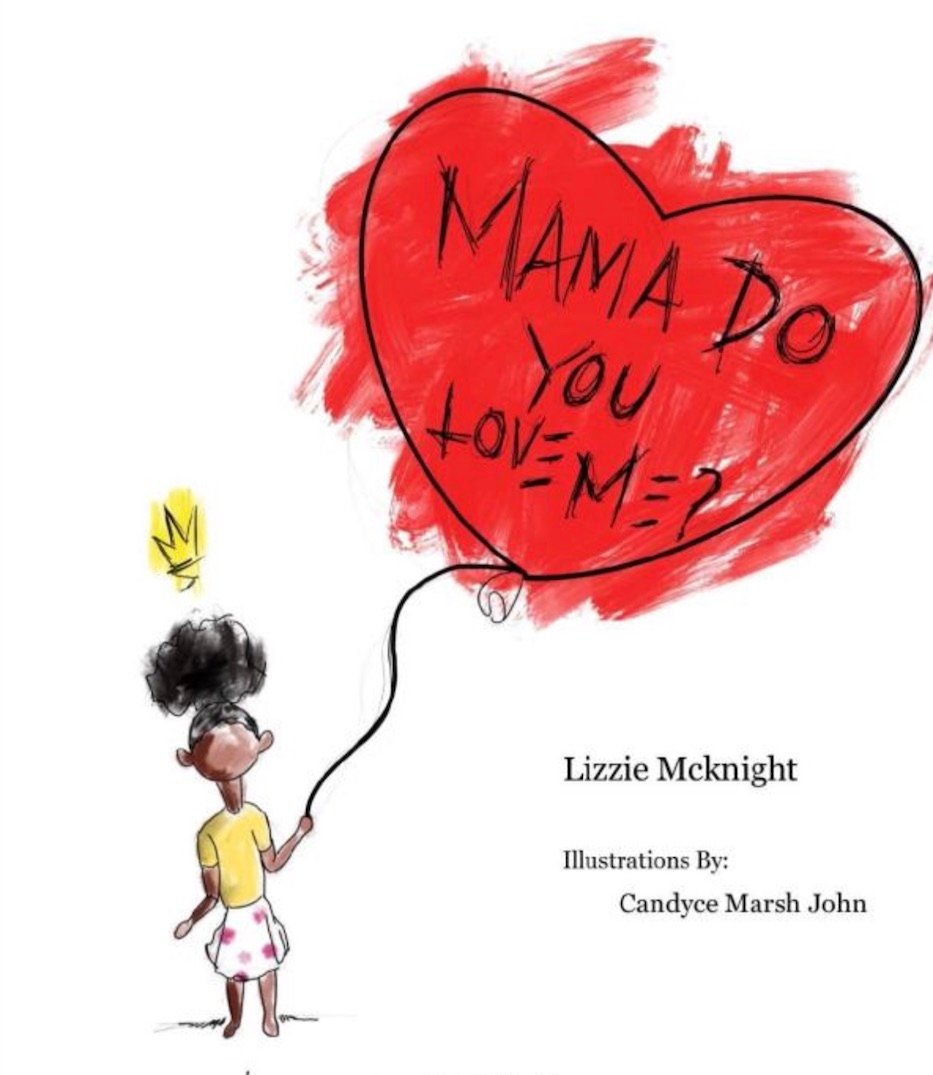 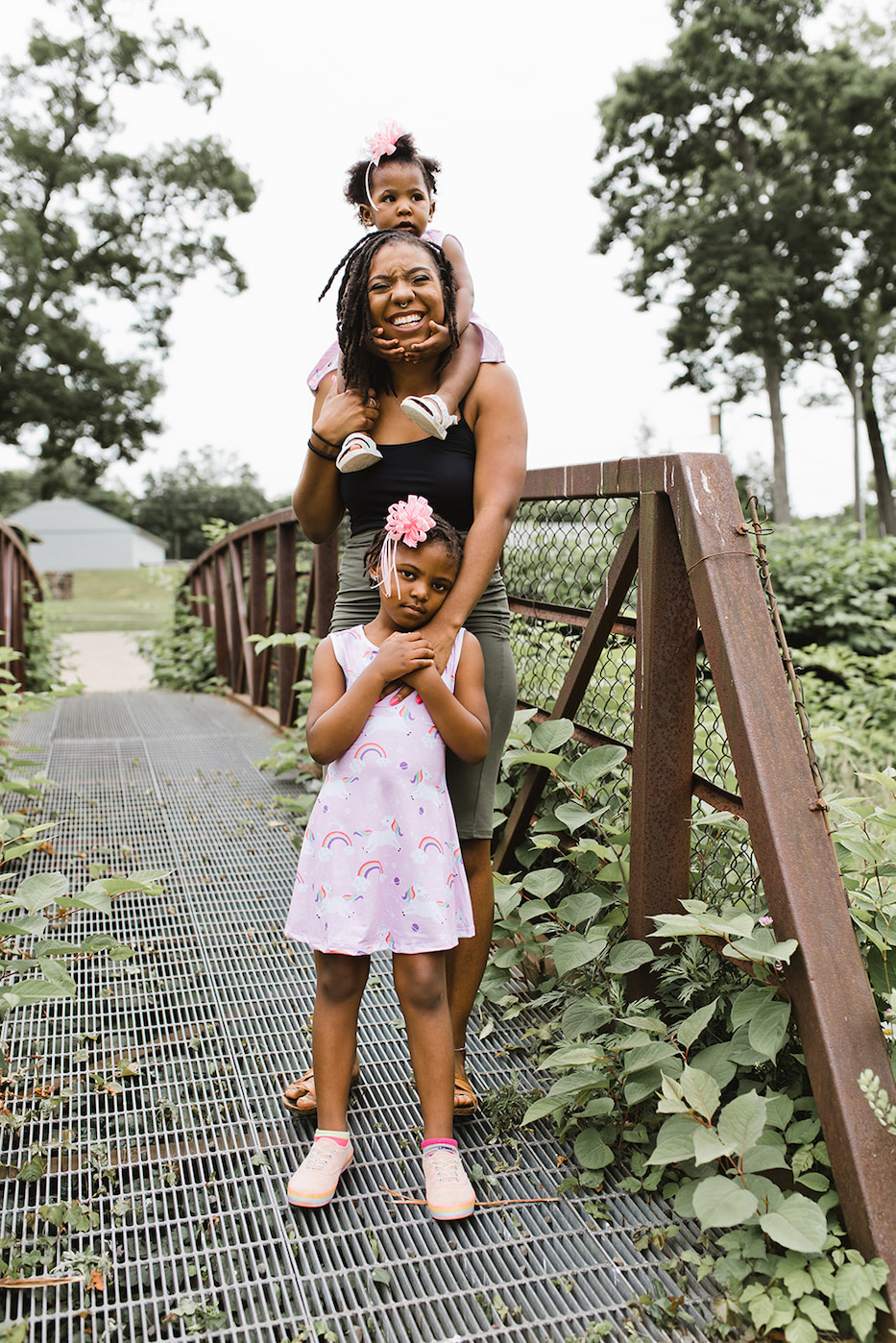 Lizzie McKnight was lost in translation. Her eldest daughter, Juliana, was certain that parental love meant being held and cuddled. McKnight knew a different language, a quieter love that was fierce and tender but also often tacit. She tried to explain it to her daughter, but struggled to find the right words. Then she took a different approach, and put a pen to paper. Or rather, fingers to a keyboard.

That’s the story behind Mama Do You Love Me?, a children’s book released by McKnight and New Haven illustrator Candyce Marsh John earlier this summer. After launching the book in July, McKnight is using it to talk about both the different "love languages" kids and adults use to communicate and the importance of representation in children’s literature.

“Kids receive love differently than adults do,” she said in a recent interview on WNHH Radio’s “Kitchen Sync” program. “They have completely different love languages … I think those are very different for kids.”

For her, that story began long before the book project was underway. As a kid, McKnight grew up in West Haven with a mother and grandmother that she described as “very hard women,” who didn’t talk about their love for each other but showed it in hours spent caring for each other, and for their family members. As she got older, that rubbed off on McKnight, who learned to show love through acts of service rather than outward gestures of affection.

As a young student, she jumped between classes at Betsy Ross Arts Magnet School and then Educational Center for the Arts (ECA), moving from writing to theater, theater to undergraduate studies at the University of Connecticut. She learned the love languages of a first serious boyfriend, who soon became her then-husband. At 20, she became pregnant with their first child, and started recalibrating what love languages meant altogether. 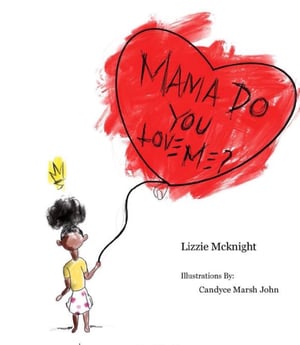 “I’m one of those people that I’m really kind of realistic,” she said. “I didn’t have a connection with my kids until they came out. I wasn’t one of those ones who was rubbing my belly constantly, or gushing over every little baby thing. So it was really when they came out, that’s when we introduced ourselves to each other and the love began.”

At first, McKnight struggled to figure out what expressing love meant for the tiny new human in her life. As a first-time breastfeeding mom, she found that her sense of personal space was quickly turned on its head (she joked that seven years later, she is still not able to get through a shower without someone opening the bathroom door), so much so that “I felt like my body was not my own anymore.”

“It was tough,” she said. “You’re dealing with that battle of not being affectionate, not wanting someone constantly on you, touching you, and all of those things, dealing with postpartum, but then realizing you have a child that wants to touch you and needs that warmth.”

At the same time, she found herself thinking about how few characters she saw in children’s books that looked like her daughter. As a kid, she had grown up reading books populated largely by white people or no people at all, including Robert Musch’s I’ll Love You Forever and Bill Martin’s Chicka Chicka Boom Boom. So when her daughter was born, she searched for books with characters of color. After stumbling across Taye Diggs’ Chocolate Me, she found that the pickings were slim.

“There was like four [books] that I was able to grab onto from Amazon,” she said. “I was like, ‘oh, we’ve gotta do something about this.’” 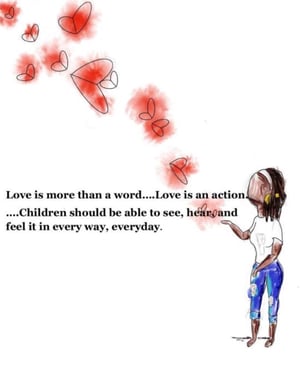 Meanwhile at home, Juliana wanted to know: how could her parents prove that they loved her if they weren’t constantly saying it? Her questions nagged at McKnight, whose explanations always seemed to fall short. One night, the author sat down and wrote an email to herself, an explanation spilling out as she typed.

Did Juliana know that love was also an action? A feeling? That it was something she could hear? That a parent’s love could mean pointing out the very blue sky and the very green grass?

“It happened out of nowhere,” McKnight recalled. “I kind of just had a moment, and I was like ‘I gotta write this down.’ But I didn’t have the confidence to back it up, so I just wrote it and emailed it to myself and left it there for a little while.”

That was three years ago. When she thought about the book, life kept getting in the way: McKnight went through a separation and learned to navigate single parenting. Resources already seemed stretched. Then this year, she found illustrator Candice Marsh John on Facebook, and learned that the two had similar backstories in the arts in New Haven.For years, the email sat in her drafts folder, untouched. Then when she was pregnant with her second daughter, Willow, she started thinking about the fact that the two girls would be reading together. Specifically, that Juliana would be able to read to her younger sister, so that “we can all be included in the story time process.”

While McKnight had been at ECA, John was studying nearby at Cooperative Arts & Humanities High School. The two met for three hours at a coffee shop in North Haven, and McKnight was sold. She didn’t have strong guidelines: just bright colors, natural hair, and radiant brown skin. She sent a few photos of herself and her children. Then she waited.

On the finished cover, a little girl stands barefoot in a yellow shirt and polka-dotted white and pink skirt, a yellow crown perched over her ponytail. From her left hand, a black string snakes into the sky, attached to a huge red heart-shaped balloon. The title is written across its front. McKnight recalled tearing up the first time she saw it.

“I was so touched and emotional,” she recalled. “Literally a week later, I had all of the illustrations.”

Now that the book is done, McKnight is hoping that she can spread a gospel of love languages across Connecticut, and then the country. Even as she brings Mama Do You Love Me? into schools and classrooms this fall, she is preparing to release a second book, titled Grandma’s Baby, about the multigenerational strength of Black women. She said she sees it as the second of six books, the following of which will take on sexual orientation, gender identity, immigration and single parenting among other topics.

“They’re all going to deal with kind of hot topics in a way that you can explain it to a child,” she said, recalling trying to explain immigration raids and family separation to her daughter a few weeks ago, when the two were watching television together. “I realized that these aren’t topics that anyone’s talking about in a way that kids can understand. But they’re coming home and they’re talking to us about it.”

"They're gonna have these questions, and the more I just embrace them, the more normal it will become for them," she added. "It won't be so shocking and jarring when they go out into the world and see it with someone else."

To listen to the accompanying interview on WNHH Community Radio, click on or download the audio below. This piece is made possible through The Arts Paper's content sharing partnership with WNHH Community Radio and its longstanding news affiliate, the New Haven Independent.