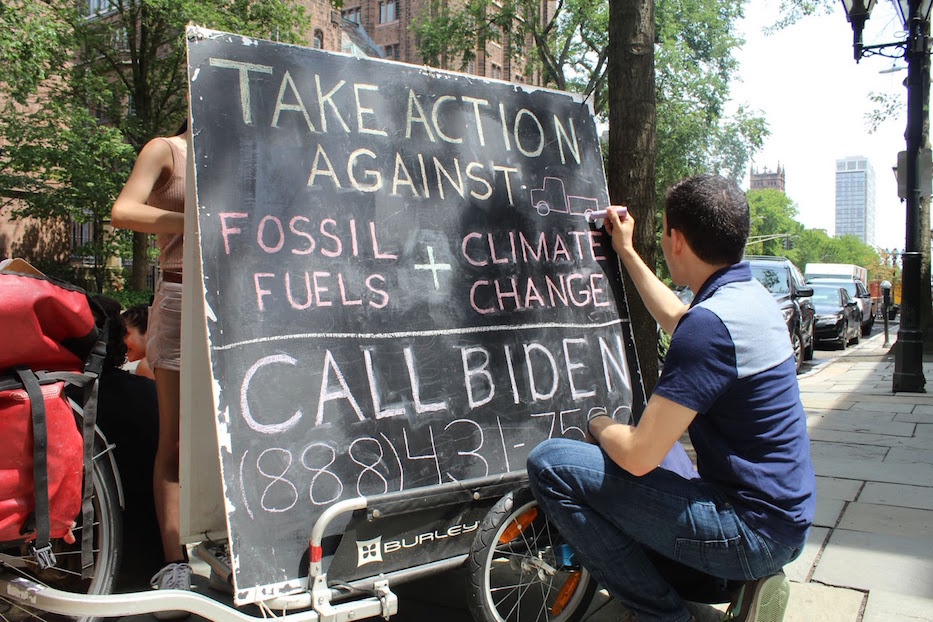 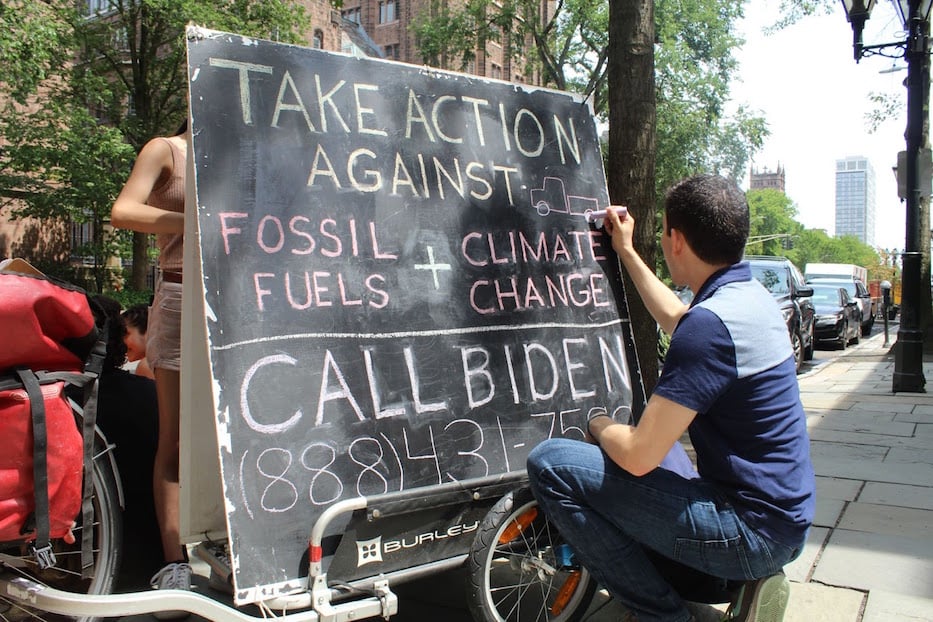 Armed with paper towels, chalk, and unwavering patience, Javier Ascencio harnessed his artistry Thursday afternoon to create a call to action. As he worked, the words “Take Action Against Fossil Fuel + Climate Change” bloomed against a portable black chalkboard. A number for the White House appeared below.

Ascencio is a Yale student and member of the New Haven Climate Movement (NHCM). This summer, he and fellow members of the NHCM have been out every week on Chapel Street making chalk designs, decorating banners, and handing out flyers to educate New Haveners about the climate crisis.

Last Thursday was also Earth Overshoot Day, an annual observance that marks the day humanity has used all of the natural resources, such as fisheries, cropland, and forestry that the earth produces annually. To mark this occasion, New Haven Climate Movement members joined in a national campaign targeting President Joe Biden to declare a climate emergency.

“The government has a responsibility to step up and show the younger generation that change is possible, but the biggest change can come from the government and people in power," said NHCM member and Wilbur Cross High School student Young In Kim. As youth activists we can urge politicians to do something about it [climate change]." 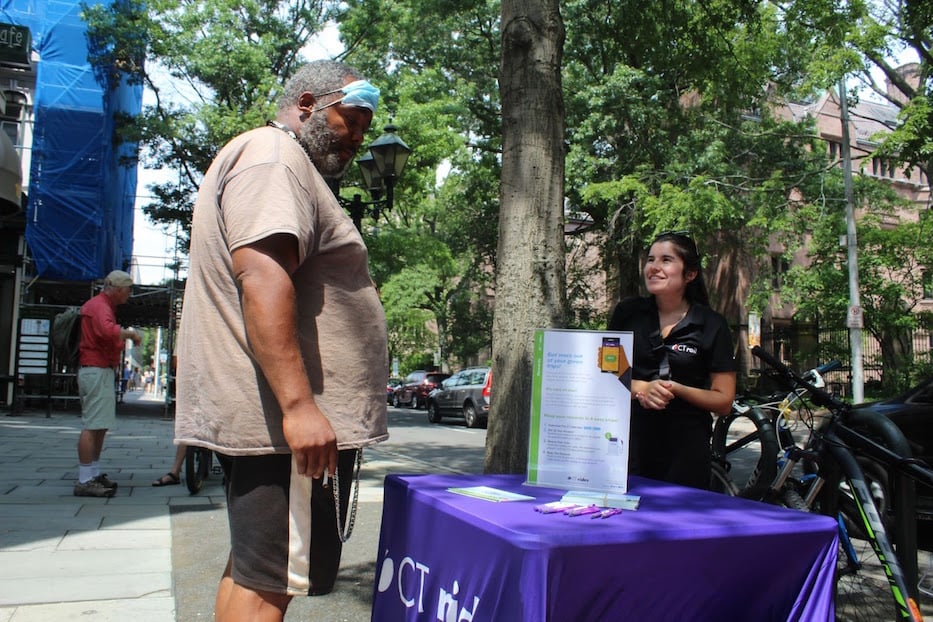 Kaplita discussed the link between public transportation and climate action, saying that alternative modes of transportation can increase the state's air quality and boost public health. “So anytime that you can cut down on the single occupancy vehicles on the road, you’re cutting down on greenhouse gas emissions,” she said.

In return, commuters put less strain on surrounding infrastructure. This lowers the risk of environmental conditions such as the urban heat island effect, a phenomenon where urban areas trap more heat and become hotter than surrounding land. The lack of greenspace prevents urban areas from naturally regulating their temperature which is worsened by carbon emissions from cars, energy production, and other human activities.

To support people using public transit, CTrides has developed an app that allows users to plan their trips and get rewards for green commuting. Kaplita added that the use of public transportation doesn’t have to be instantaneous. To her, starting small like “convincing someone to just go on the bus one time or the train one time” is enough to make a difference. 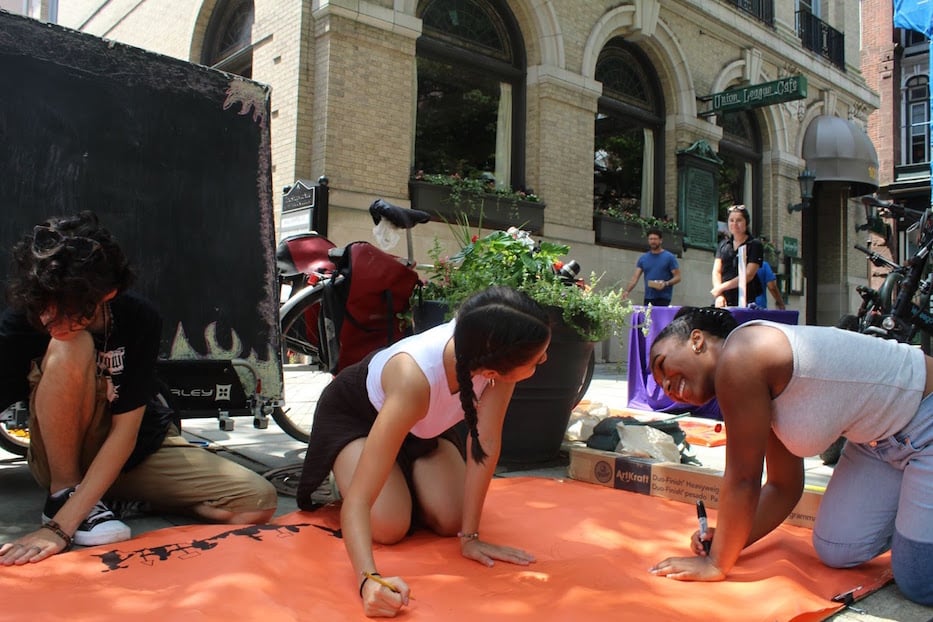 Sprawled on the sidewalk was an orange banner that read: “New Haven Declare That President Biden Declare A Climate Emergency” with NHCM members filling in each letter with black and red markers.

Before doing their weekly Instagram live for NHCM, Sophia Rivkin and Jayla Anderson sat down to doodle climate disasters around the wording. Anderson, a rising junior at Cooperative Arts & Humanities High School, said that her drive to raise awareness about the climate emergency came from a sense to “take responsibility.”

Anderson said she hopes that people “understand what it [climate action] truly means and how their own personal actions affect the climate.” She added that people can educate themselves about climate action through seeking out learning opportunities  and encouraged people to attend NHCM activities. 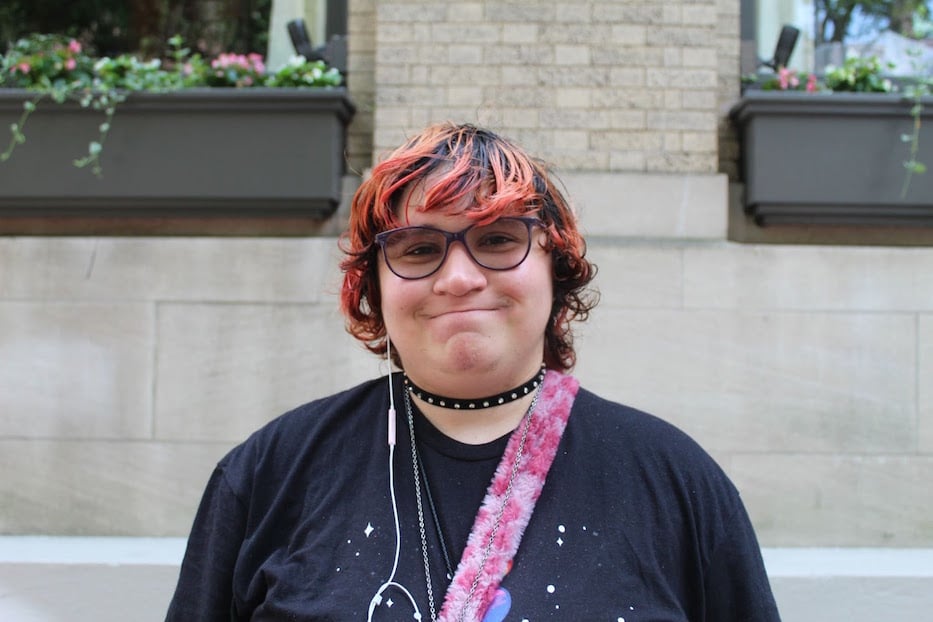 The chalking and banner making piqued the interest of passerby Angela Fernandez-Ayala, who took a flier and stopped to read the message on the banner. Their interest in climate change stems from protecting wildlife and the natural habitats of animals.

“There is no other place to go to,” they said. “This is the only world we’ve got.”

Fernandez-Ayala said they hoped the tips listed on the flier can boost their personal battle against climate change and improve their practices towards a sustainable lifestyle.

To those not interested in fighting climate change, they had only one question to ask: “Do you want this world to be habitable for other generations?”

Learn more about the New Haven Climate Movement here. This piece comes to the Arts Paper through the summer extension of the fifth annual Youth Arts Journalism Initiative (YAJI), a program of the Arts Council of Greater New Haven. Read more about the program here or by checking out the "YAJI" tag. Abiba Biao is a newly-minted graduate of Achievement First Amistad High School and will begin her freshman year at Southern Connecticut State University in the fall.