In Small Quarters, A Business Takes Off 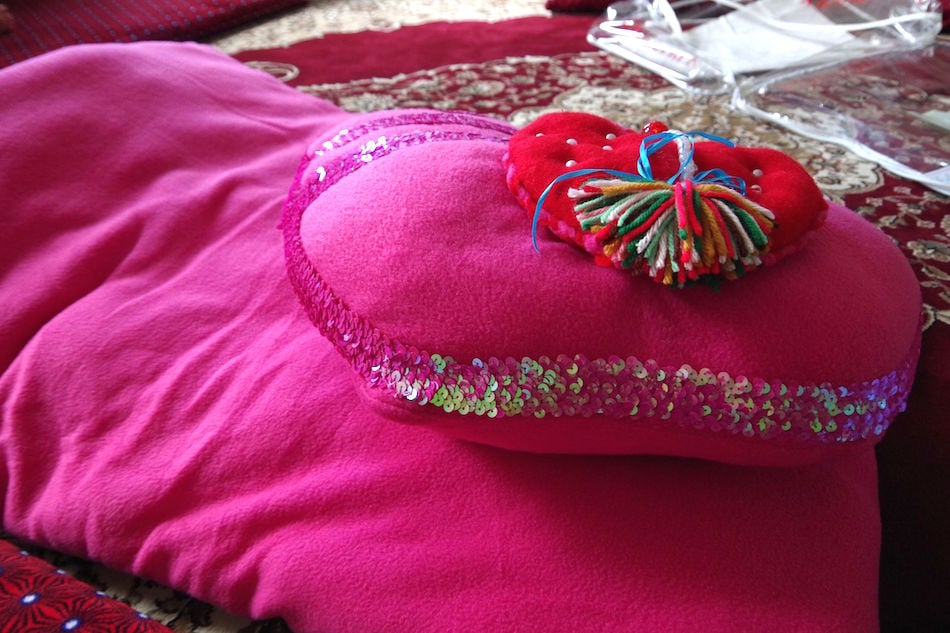 In a living room nestled deep in New Haven’s Dwight neighborhood, a financial plan was hatching. M. smoothed out pink polar fleece and checked a sequin to see if it was sewn on tight enough. Beside her, Elizabeth Nearing googled prices on beds for infants, drawing out a sort of list in the air with her second finger. She checked Etsy, then Pinterest, then Etsy again. $150 seemed like a reasonable number.

M. (name and photo withheld for safety reasons) is a refugee whose flight from violence brought her to New Haven this year. Nearing, a transplant from the D.C. area, is community engagement manager at Long Wharf Theatre. Their unlikely pairing comes as part of Integrated Refugee and Immigrant Services’ (IRIS) “Cultural Companions” program, now in its third year. Since February 2014, the program has grown from 32 pairs of refugees and companions to over 107 last year. The organization is still actively seeking volunteers to join.

The program is based on “trying to introduce some of the awesome people who live here with newcomer refugees, and try to pair people who would be friends anyway,” said Laurel McCormack, acculturation programs coordinator at IRIS.   “We’re getting volunteers to the mindset of: You really can't think of yourself as being a helper. You’ve gotta think of it as helping your new friend feel a little more at home here. The beauty that I see is when it actually works.”

The program should ultimately be a two-way street, McCormack added. “I'd like to be able to get a lot more input from refugees about how they can share information about their countries, their cultures,” she said. “They're always learning about America the most, we want to make sure that it's a two-way path. We want them to be sharing what they did before — the hobbies or skills that they had … It’d be pretty incredible, to make sure they rub off on America, not just that we rub off on them.” 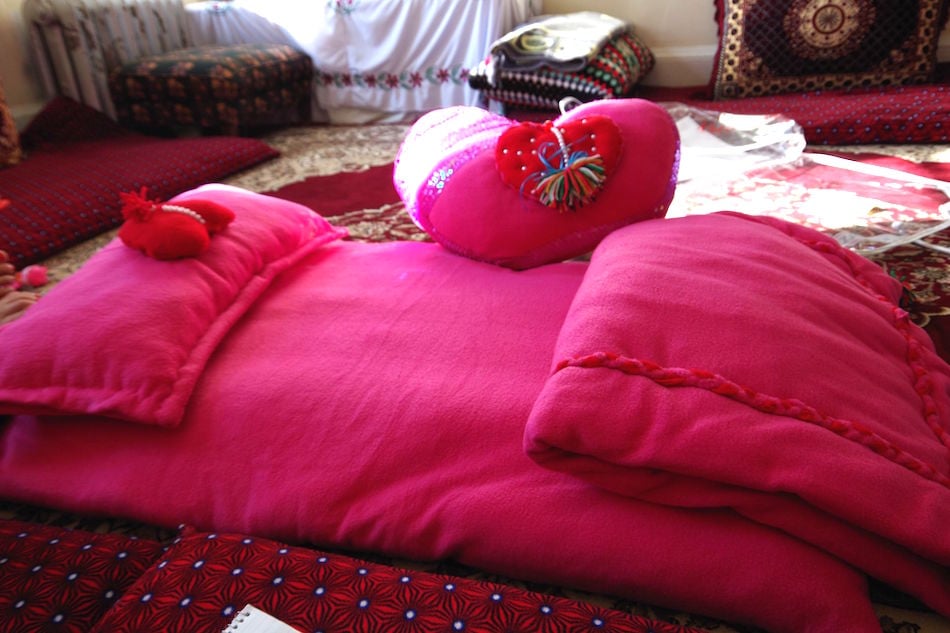 Slowly, that is happening for pairs like Nearing and M., who arrived with her husband and son late last year. Leaving their childhood homes of Jalalabad and Kunar (“It is so beautiful,” she recalled), she and her husband said goodbye to family members (M. has two sisters and five brothers, two of whom are at university in Pakistan), not sure when or whether they would see them again.

M. was pregnant at the time, and gave birth to a second son in Connecticut in early 2017. Early into their stay, her husband found a job with Medtronic, and she began to settle in to a new role, staying at home with the boys in a bustling part of the city. Nearing comes over at least once a week, learning a few words in Pashto during their sessions talking, cooking, and playing with the two boys together.

Slowly, it’s made M. feel more at home, she said during a recent interview. Speaking through a mix of English and Google translate set to Pashto, she said that one of her first tasks was transforming their apartment into a home where they felt safe, and culturally comfortable. That has meant sewing as an act of necessity: M. makes some of her own dresses, as well as most of the pillowcases, bright seat cushions, and slipcovers that adorn every corner of her home.

Each task has taken on its own character to brighten the apartment. As she sat for a recent interview, an eggplant-colored dress accented her white hijab, decorated with orange rhinestones that danced in the light. Cushions exploded into red and blue flowers in the living room, where sunlight streams through the windows and one can see onto the street. In the bedroom, M. said that a number of slipcovers from Afghanistan remind her of home each time she walks through the doorway.

For a while, she said that she saw her sewing as simply a domestic task. But in the midst of keeping a house for an expanding family, she was struck by the ease with which she could, if equipped with the right skills, run a small business out of their home. She heard about other women, some of whom had taken sewing classes at IRIS, had sold their wares successfully at a craft fair. She decided to try spinning thread and fabric into an additional income stream. Nearing jumped on board with the idea, as did M.'s husband. The two set up an email account for potential customers.

Meanwhile, M. started with bolts of pink fleece from Wal-Mart. “I liked the color,” she said. As she bought enough for pillows and blankets, the mental wheels were already turning, click-clacking along in her mind like the low hum of a sewing machine.

Soon, she was making soft, plush beds, pillows and blankets for infants and toddlers, each fashioned out of fleece and felt, with bright yarn and sparkling bands of sequins. The first went to a friend who had just had a baby. Then a few women started inquiring: where could they find items like that? That led her to the moment on the kitchen floor, researching price points with Nearing.

Her most recent, in hot pink, includes four distinct pieces for a baby: A sort of soft mattress or landing pad, long pillow on which to rest, warm blanket, and decorative throw pillow. The last has a yarn pom-pom and delicate row of faux pearls. She will sell them, inshallah, she said. God willing.

When they catch the light, they send shadows dancing up the walls, like little pieces of the sun.