The Operator Will Connect You Now 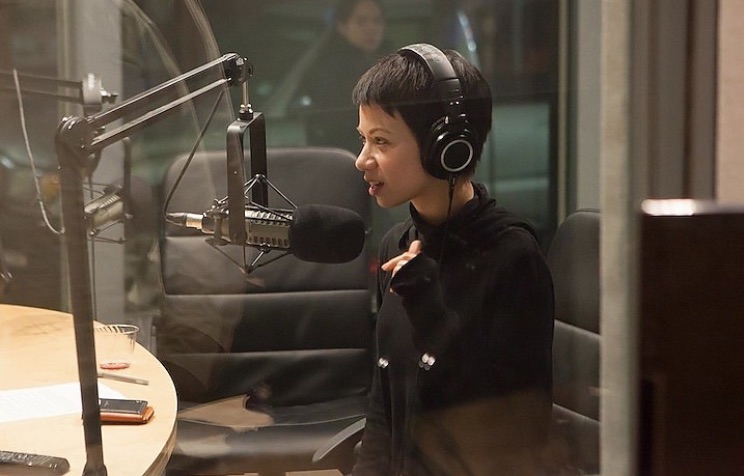 A fledgling experiment after the Civil War. A voice, clear as a bell, on the other end of the line. A heartbeat of current and wire. A signal that the only way was onward, through person-to-person communication.

This is the starting point for Exchange: This Electronic Age is Both Wondrous and Horrible, a new work from A Broken Umbrella Theatre (ABUT) based on the history of the telephone exchange in downtown New Haven. One of Artspace’s 2017 CWOS commissions and partially funded by the Connecticut Office of the Arts’ Regional Initiative grant program, the performance is set to premiere this Saturday at City-Wide Open Studios’ “Westville Weekend.”

Performances will take place Saturday and Sunday at 12:30 and 4:30 p.m. at 446A Blake St., and are completely free and open to the public. Encore performances, also for CWOS, will follow at the Goffe Street Armory and Erector Square; more information here. 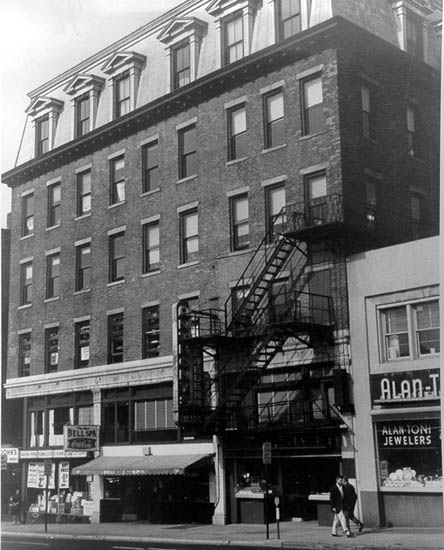 Exchange began last year with a site-specific story: George Coy’s 1878 District Telephone Company of New Haven, a pay-to-play switchboard that operated on a subscription-only basis. A returning Civil War veteran and telegraph manager, Coy used his technical know-how to start the business with rudimentary tools—“carriage bolts, handles from teapot lids, wire, and other spare parts,” according to a blog post by University of Connecticut archivist Laura Smith. A handful of subscribers called into a central office equipped with operators, who directed their calls onward, or provided information about local businesses.

Bolstered by business partners Herrick Frost and Walter Lewis, the experiment was at first a radical success. Four years after its founding, the company became the Southern New England Telephone (SNET), bringing in more subscribers as it grew in scope. It wasn’t a sophisticated operation—multiple subscribers might call in, but operators could only handle two calls at any time—but it worked. Soon, cities across the Northeast, and then the country, were building exchanges to rival Coy’s invention.

But with it came a trend in broad regionalization, with offices moving from New Haven to elsewhere in Connecticut, and then elsewhere in the Northeast. Succinct local advice disappeared as homegrown operators were replaced by regional ones who couldn’t put New Haven on a map. By the time SNET was purchased by AT&T in the following century, any geographic intimacy was long gone. The history of Coy’s idea hadn’t fared much better: in 1973, the Boardman Building where the District Telephone Company had started was demolished for new developments. 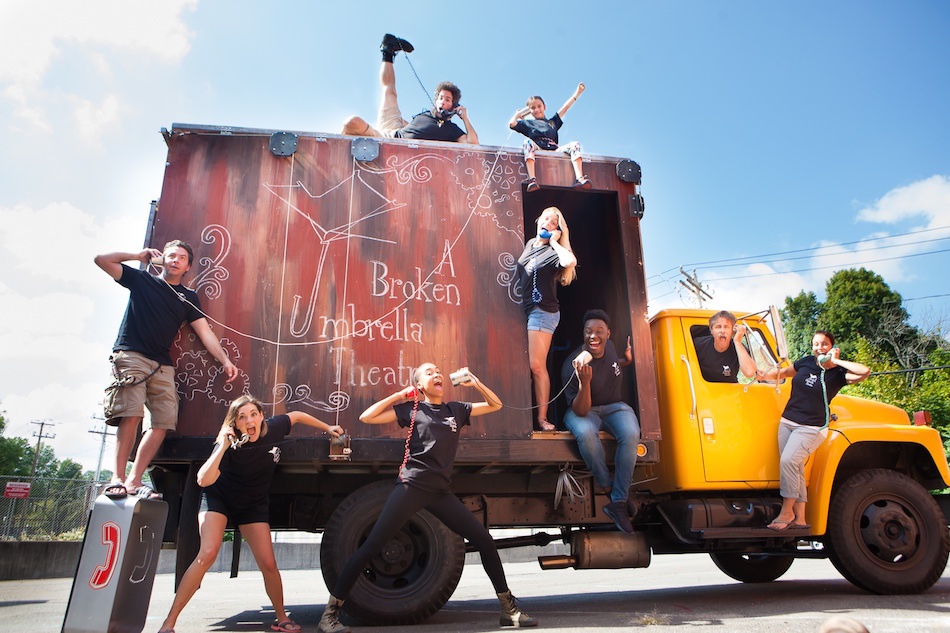 Back in 2016, members of ABUT realized how much that history dovetailed with the New Haveners who lived it and left behind a legacy. Last fall, they entered discussions with Kevin Ewing and Brendan Linehan, founder and producer at Baobab Tree Studios and progenitors of the New Haven Story Project in 2014.

As Ewing—who specializes in podcast production at Baobab—worked with the group on specifics, they began to roll out plans for a mobile storytelling station. What started as an idea became a flat-bed truck and “mobile recording studio” that would ultimately double as the play’s main stage. They set up broad perimeters: stories about the telephone, and the connection that it created.

Then in late January 2017, ABUT members took a deep breath, and kicked off the project at Baobab’s Orange Street offices.

Ewing and ABUT project leaders Jes Mack, Rachel Alderman, and Charlie Alexander were nervous that participants would be too brief, or freeze up and keep their stories to themselves. As Yale-China Fellow Onnie Chan and U.S. Rep. Rosa DeLauro headed into the recording studio, they found that they had the opposite problem. And it was a good problem to have.

“Probably the hardest thing about this project is getting people to sit down and share,” Ewing said in a recent interview. “Almost everybody’s story starts off with: ‘Well, I really don’t have a story,’ And then half an hour later, you got 10. And they may not be full stories, but they’re enough of a snippet that takes you from a space to a place.”

Places that ranged from getting the news about a parent’s death over the phone to working at SNET in its still-early years, when citizens would gather around one or two neighborhood phones and operators had a mental map of the city and what made it tick. After the kickoff, Ewing, Linehan, and ABUT members rolled out a more mobile story sharing opportunity, taking their recording operation to Tower One/Tower East assisted living community, several of New Haven’s schools, and popup festivals at the International Festival of Arts & Ideas. As they listened, their understanding of the project grew prodigiously.

Senior citizens recalled the early years of telephones, when direct dialing was still relatively nascent and a voice at the other end tickled and thrilled.

Senior citizens recalled the early years of telephones, when direct dialing was still relatively nascent and a voice at the other end tickled and thrilled. At Tower One/Tower East, one woman recalled growing up on a remote nine mile by one mile stretch in Rhode Island, where the switchboard occupied the only brick building in town, and emitted a soft click clack click each time people walked past.

“It didn’t have any of the charm of any of the other buildings on that street,” she recalled. “There were two windows and one door and you couldn’t really see in because it was obscured.”

She knew that a gaggle of people—ladies, specifically—worked inside. But when she picked up the phone to call her grandparents, who lived on another part of the island, the operators were so formal that they scared her.

“It didn’t dawn on me until much later that the operators knew exactly who I was,” she said. “They knew where this phone call was coming from, and they knew how many kids were in that household, and they knew that I was calling my grandparents. They knew all of that.”

Another woman recalled working as a “completion clerk” at an SNET outpost in New Britain. It was her job to keep track of families who hadn’t paid their phone bills, and send installers out to collect those phones. Families didn’t tend to part gracefully with their phones, she soon learned: Often she was regaled with stories of installers booking it back to their cars across front lawns, or asking children to retrieve the phones in houses where they couldn’t get past the front door.

Her job became even more interesting when she was promoted to dispatcher, she recalled.

“You got to hear all the stories from guys who were out in the tough part of Hartford, where they’re, you know, running wire, or all of a sudden there’s a dropped ceiling on their head, and a rat falls on their shoulder,” she said. “You got to go out in the field too … that was the good part.”

Their names are nowhere in the recording by design. ABUT “made a conscious decision not to attach names to make it more universal,” said ensemble member Aric Isaacs.

When Baobab expanded the operation, some New Haveners talked about their favorite phone calls, which often went out to friends and relatives. Others traveled back to dark places—friendships that were fractured in the course of a call, or news that changed the way they picked up a receiver forever. Prompted, kids as young as eight or nine told stories of their new cell phones, or how odd and antiquated land lines seemed to them. 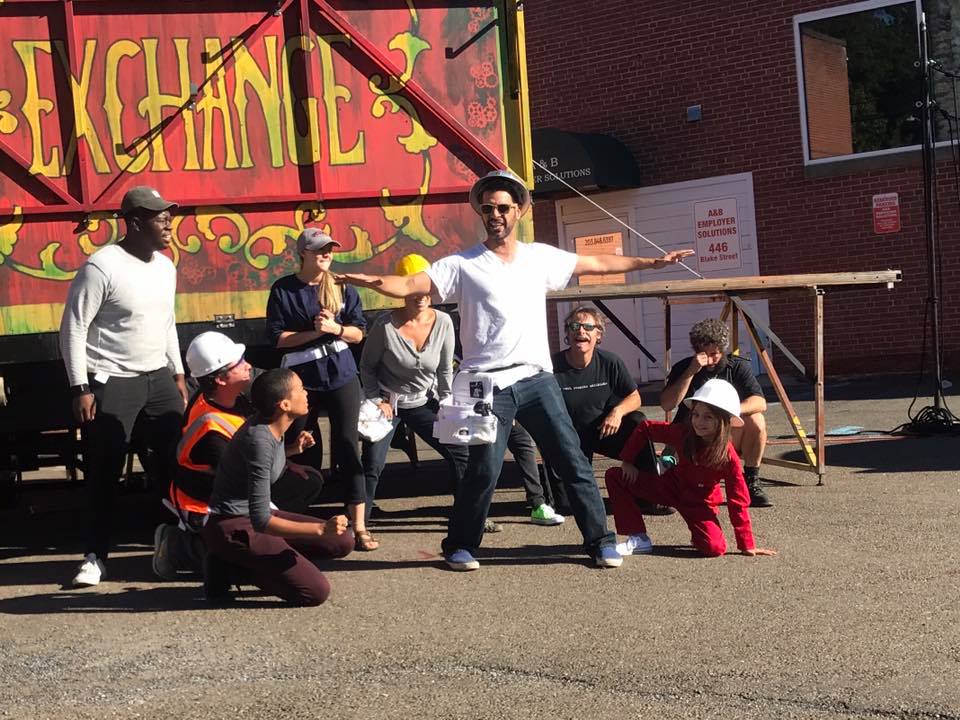 With every story, the team grew, too.“It definitely changed me as a listener,” Linehan said. “For me, there’s as much wonderment to listening to a good story and really just letting it take you. You don’t have to do much when you’re listening—just sit there and kind of absorb it. And I got to listen to so many good stories.”

Jes Mack, supervising the project for ABUT, also discovered among participants a shared sort of cultural nostalgia. A nostalgia that put the past on a permanently rosy, pastoral mode that she was fairly convinced didn’t exist.

“It feels like there are a lot of people in America who say, ‘You know, in yesteryear, it was fantastic.’ I call bullshit on that,” she said in a recent interview at Koffee? on Audubon. “I think that we all put on our glasses before we look back. Everything feels a little crunchier and more idealized. But … I think those people struggled with connection in the same way that we struggle with connection. The only key piece is that it’s faster, right? It’s faster and it’s louder.”

But she added, the current technological landscape also “creates a culture of anxiety. That’s where we live right now.”

Mack and the ABUT team wanted to capture both of those sentiments, and challenge them in the course of a play. After jumping into drafting and working the script, she and a team of set and sound designers, engineers, and actors spent August and September breathing life into the show. Transforming their story collection vehicle into a set, they’re dealing with a series of practical decisions—like whether to bury small, personal microphones in receiver-shaped props that actors will carry around with them.

Or how to sculpt a scene around a shared personal narrative. Or, at its most basic, how much lumber to order. But after months, she said it’s coming together—and saying something potent about the stories we’ve always stopped to call each other about.

“It’s not gonna be a linear narrative, but more of this social, cultural nostalgia with our audience,” Mack said. “We’re going to bring them into this pact, interact with them … in order to share this anxiety and celebration of what it means to be connected.”

Learn more about Exchange: This Electronic Age is Both Wondrous and Horrible and A Broken Umbrella Theatre at ABUT's website.