Finding Himself in Art 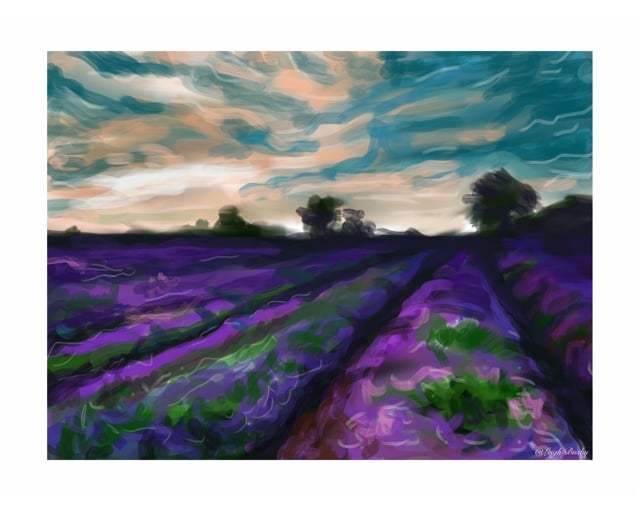 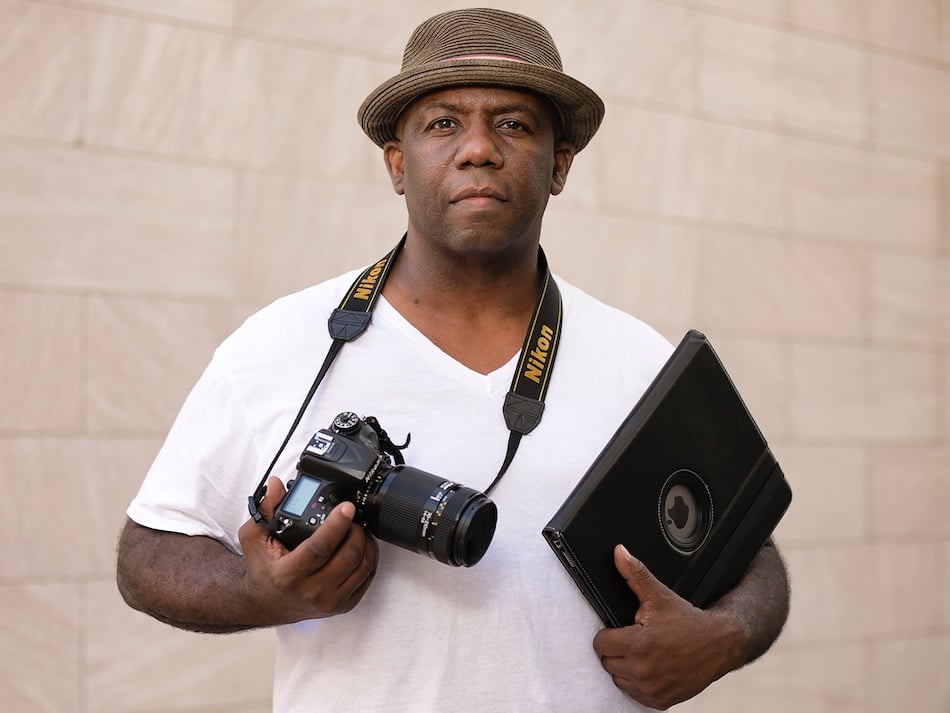 For Leigh Busby, art was literally a saving grace. After years of homelessness, crippling bouts of anxiety, episodes of schizophrenia, and paralyzing thoughts of suicide, Busby found in art a meaning and purpose to life.

“It saved my life. Every day I look forward to getting up and creating something else,” Busby said in an interview at his home. 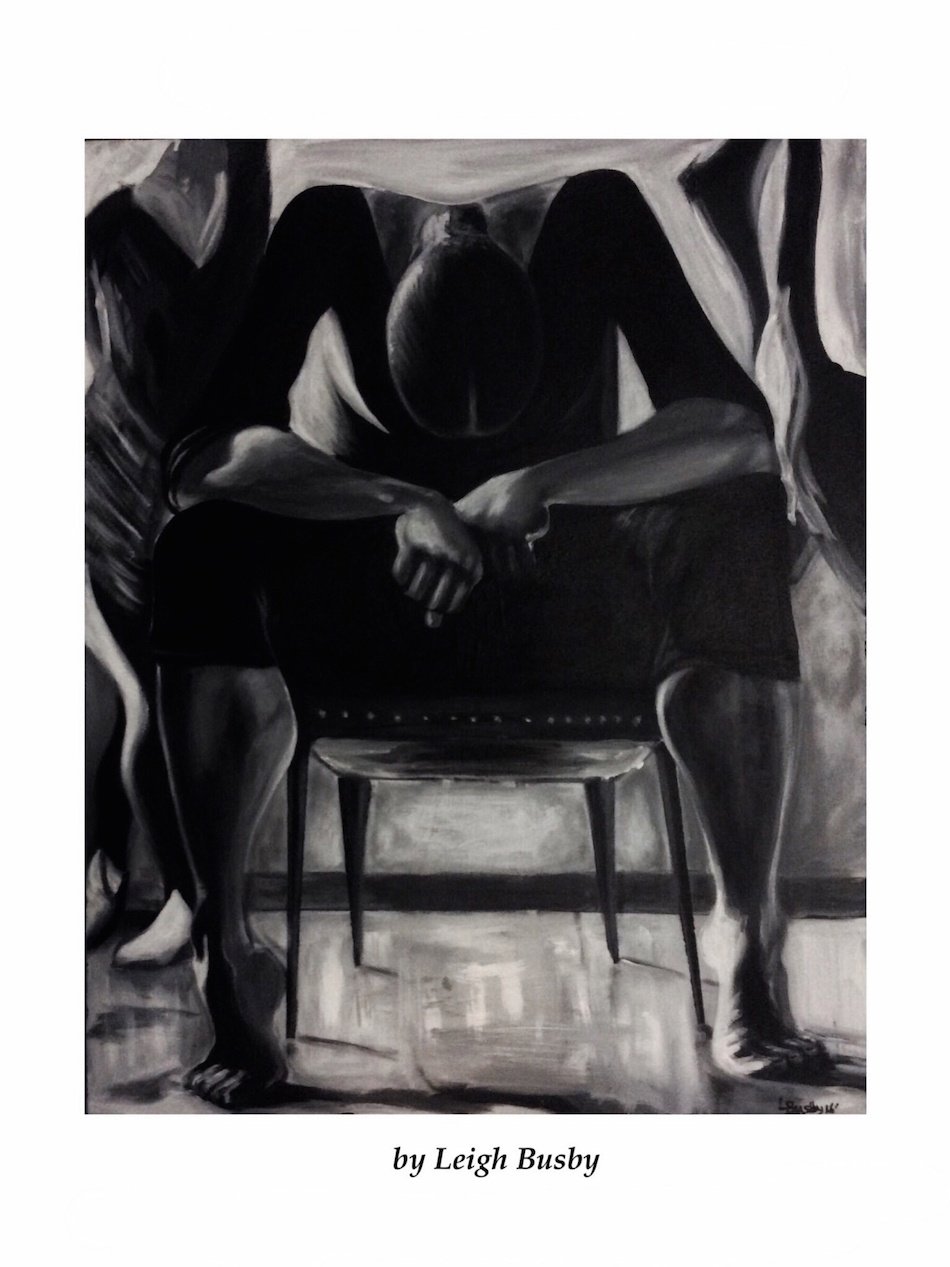 Spent . Acrylic on canvas. Courtesy of the artist.

Now 54, Busby has been haunted by mental health issues since he was 10. But in the past four years, since he came to New Haven, he has found in his artistic vision a tool with which to embrace life. Busby currently works in three mediums—iPad paintings, acrylic paintings on canvas, and photography. His imagery—primarily portraits but also urban and rural landscapes—has appeared in shows both locally and internationally.

“It seems like overnight, but it’s been a long time coming. This stuff was in me and is just now starting to peek out,” Busby said. “There’s so much creative energy now that’s being released.”

Although Busby had decades of bad experiences with the mental health system, he found doctors he could trust at Cornell Scott Hill Health Center. Still, four years ago, he felt he was reaching the end of his tether.

“I was contemplating suicide. ‘There’s nothing here for me on Earth. God left me with no gifts to use,’” he recalled thinking. But his wife, Darlitha, reminded him he could draw. He thought, ‘But who is going to buy pencil work?’

He went to his last appointment at Cornell Scott Hill Health Center, planning to kill himself afterwards. But as he was leaving, he spotted a flyer for an art contest to design pages for the center’s calendar. He told his wife that if he won the contest he would enroll in Gateway Community College to pursue art. And he was a winner, his colored pencil and ink drawing chosen for January. 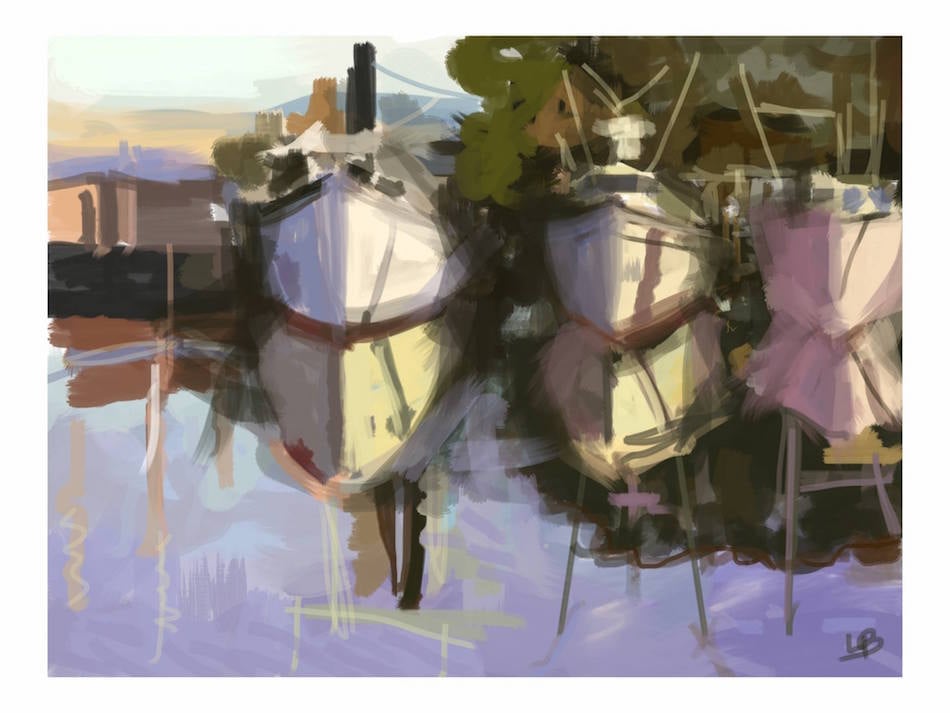 “God blessed me to find art. Art found me, I should say,” Busby said. “God used art to change my life.”

In his portrait paintings, Busby strives for caricature and realistic tones. He tries to capture his subject’s “soul,” with an emphasis on his depiction of their eyes.

“I’ve had people come to visit me at City-Wide Open Studios and one after another they’re crying over the eyes. I’ve always had that. Even when I did pencil, my art teachers said the eyes were expressive,” Busby said. “It’s probably because of the depression I’ve faced. I’m very sensitive to that. All the things that I thought were really bad for my life are now being used to understand people and put it in my pictures.”

When it comes to photography, Busby prefers to capture subjects in candid shots rather than posed. People often don’t like how they look in photographs. But Busby says to them, “Let me show you how I see you. And then they go, ‘Wow!’”

A key epiphany in the past several years was the realization that the rote learning approaches of most schools have failed him, but that he is a strong visual learner. With each successive tool he has picked up—the iPad, acrylics, photography—Busby has honed his chops devouring hours of instructional videos on YouTube.

Largely self-taught, Busby also credits Betty Turner, an art teacher he had at Hackensack High School in New Jersey, for teaching him exercises in contour drawing, gradations of tone, and other fundamentals that resonate for him to this day. Turner told him that he would be a famous artist one day.

“How did she see that way back then, and I didn’t see it until four years ago?” Busby wondered.

Painting on the iPad overcame his fears of working in color. Shedding concerns about wasting paint that he couldn’t afford, Busby was able to experiment. Making ample use of the “undo” feature in an app like Procreate, Busby absorbed the fundamental principles of painting.

“I use exactly what I can afford at each stage. The whole philosophy behind that is to use what you have wherever you are,” Busby explained.

He paints on the iPad with a Sensu Brush, a tool that mimics a real paintbrush. “People see me doing it in the train station and are fascinated by it,” Busby said. “It took away the fear of painting.”

Busby wields the iPad as a traditional artist would. Not working over a photo—although he uses photos for reference—Busby draws a freehand sketch, refining his composition. “Everything I paint, I don’t use digital tricks or computer tricks. It’s just good old-fashioned painting,” Busby said.

He often gives demonstrations at local schools. With a number of his paintings, he has saved the process of creation as a video that shows each mark sequentially from initial line work to the painting’s completion.

“All the things I didn’t have when I was a little kid, and wanted, I can now pass on to these kids,” Busby said. He demystifies the process of art making.

In learning how to paint with acrylics in six weeks, Busby also took advantage of the Yale University Art Gallery and the Yale Center for British Art. Paying regular visits, Busby would get up close to the paintings to understand the brush strokes and how artists layered color.

“I started acrylics because, as an iPad artist, people were challenging me, saying, ‘That’s not art,” because there is no original to keep,” Busby recalled. Showing that his skills transferred to canvas silenced doubters.

Busby’s enthusiasm recently has focused on photography. Originally employing the camera simply to take reference shots for his paintings, compliments he received from professional photographers inspired him to take it further. He is a regular contributor to Chris Randall’s I Love New Haven website. As a way of giving back to the community, Busby often photographs events for churches and community organizations like Musical Intervention.

His struggles are not over. Busby has been involved in a 10-year-long battle with Social Security to get his disability benefits restored. On disability from the time he was in high school due to his mental health issues, Busby left the system to try and work. But when his problems flared up again, Social Security froze him out. Busby hopes to use his talents to bring this issue—which is not his alone—to public attention.

Check out Busby’s work at the Goffe Street Armory as part of City-Wide Open Studios Oct. 14 & 15.