A Tribute To Anna Liffey's 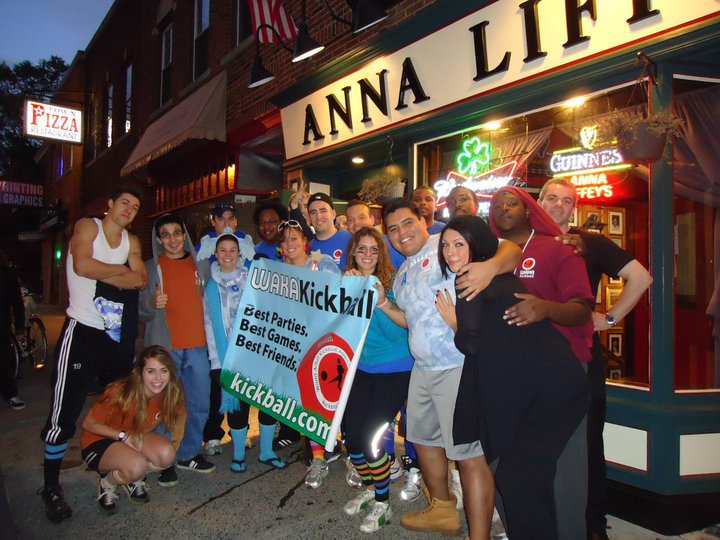 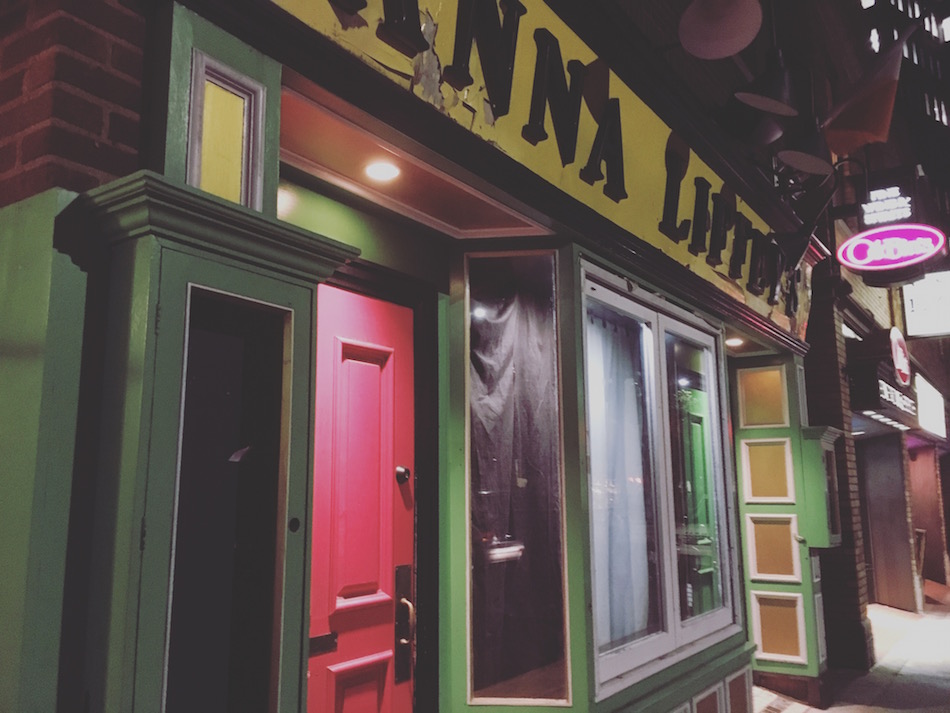 That place is Anna Liffey's, an Irish pub on Whitney Avenue that has seen two decades of transformation in New Haven. First opened in 1997, the pub has become a regular place for trivia, soccer games, up-and-coming comics, folk bands, and friendly get togethers. Read about that journey here.

Then on Wednesday, General Manager Chris Lis posted on social media about the bar's closure. New Haveners swarmed Facebook, trying to figure out what was happening.

"Its fine, you  know," said Owner Patrick Mansfield by phone Friday.  "We had a good run. Our lease was up ... we couldn't renew it. Maybe down the road I'll do something else, find another location."

A frequent performer at Anna Liffey's comedy night's, Between Two Rocks Founder and Blogger Josh Levinson is sharing his post with us here. To read the original on Between Two Rocks, click here. 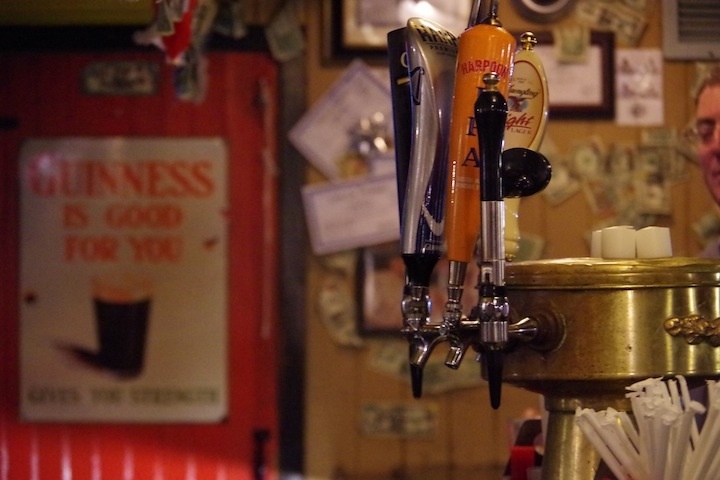 I don’t remember the first time I went to Anna Liffey’s, which is no surprise. The cozy little basement bar wasn’t exactly the most obvious New Haven hang out. You had to crane your neck up to watch sports on the TV’s, and when it got crowded, as it often did, you couldn’t hear yourself think.

Also, the bathroom seemed to have some kind of portal straight into the Ninth Gate of Sewage Hell. 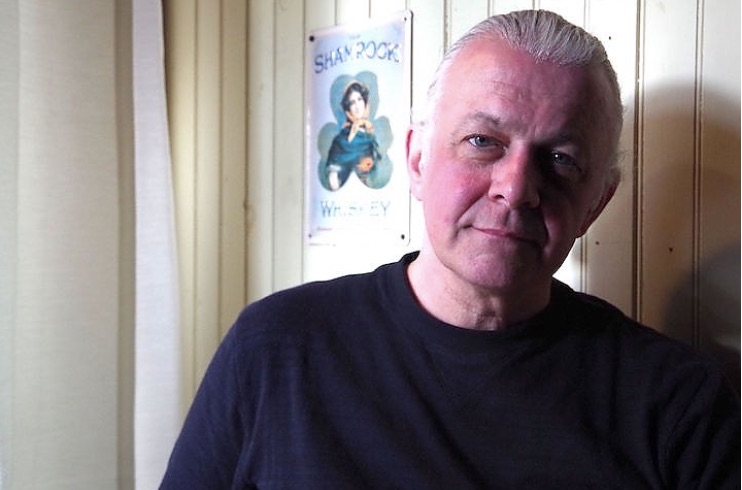 Yet in many ways, Anna Liffey’s was a New Haven institution. If you didn’t have a memory of some insane thing happening there, then what kind of New Havener were you?

When I first came to New Haven, I didn’t know anybody. My friend suggested joining the local kickball team, which sounded dumb. Luckily, I love dumb ideas, so I was in.

After each game, we’d make the trek to Anna Liffey’s and hang out in the alley behind the bar. On purpose. In an alley.

And it was wonderful.

It was there I made my first real New Haven connections. Playing flip cup and four square with strangers soon to become friends. Dancing to music too late into the night, knowing I had work in the morning.

While I no longer frequented Liffey’s as much as I once did, it always held a special place in my heart, and that heart is heavy as I found out it closed for business after nearly 20 years. 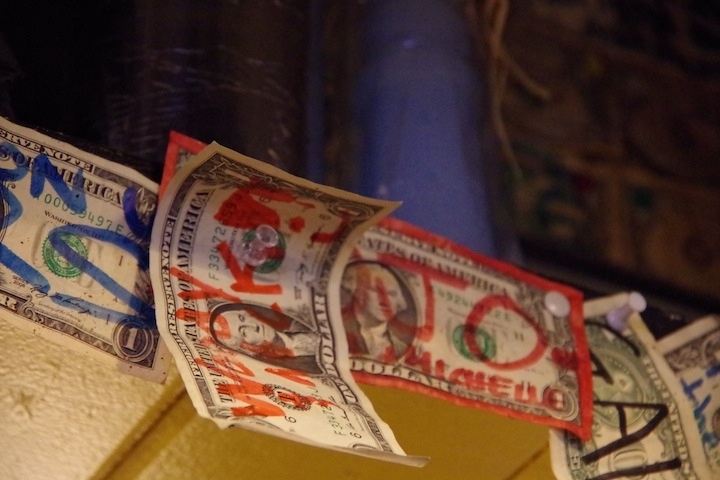 When I first moved to New Haven, Liffey’s was the place to meet up to start or end your evening. You’d hang out, chat, and then, if you were feeling particularly festive, perhaps go dancing at BAR or hang out somewhere fancy like Barcelona.

But Liffey’s was always there, your ol’ reliable local pub. Where you would always know someone, and Frank’s surly face would gladly pour you a vodka soda while he insulted you. It was home.

I remember watching the U.S./Portugal game during the 2012 World Cup, where several hundred people gathered and cheered as the US scored, and groaned together as Portugal drew even. But we triumphed and fell together.

I remember trudging through a foot of snow during the October Surprise Snowstorm of 2011, finding friends there, decked out in sweatpants and snowpants, as if we’d all somehow magically been transported to someone’s living room. Of course Liffey’s was open. Liffey’s was always open. You could count on that.

Or the outrageous St. Patrick’s Day Parade days, where you could barely move, yet somehow shout “woo” over 1500 times in six hours.

My first Liverpool game was here, surrounded by people I didn’t know (except one), watching a team I didn’t really understand, drinking beer at 10 am in the morning. It was fantastic

You knew the bartenders. You knew everyone at the bar. It was home. 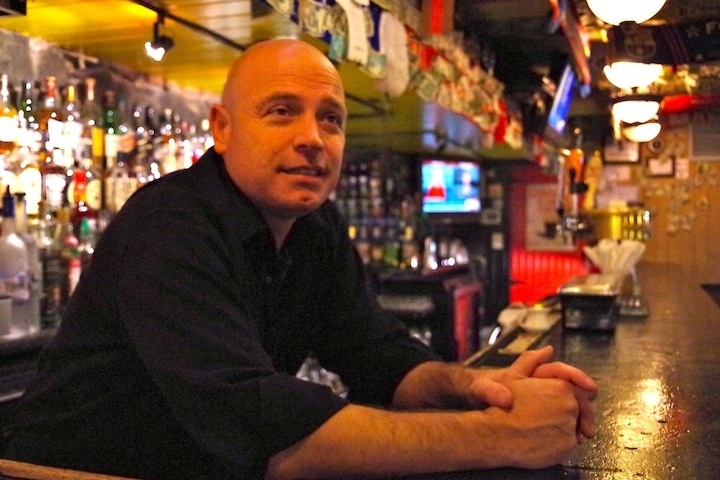 A Changing of the Guard

Things weren’t always perfect at The Liff, but this isn’t the time or place to drudge up old wounds.

As times change, so do we. For me and my friends, the Liffey’s of old wasn’t really the same Liffey’s we knew.

The Liverpool Supporters Club had moved on. So had many of the staff we considered family. So, then, did we.

Yet Liffey’s went on, and attempted to redefine itself. To evolve.

And as it did, a new opportunity arose. When Joker’s Wild closed, Pat saw an opportunity. Liffey’s became, perhaps, the only place that would let young and aspiring comics find a place to hone their craft and grow as performers.

It was there that I found it home once again.

A Place for Jokes 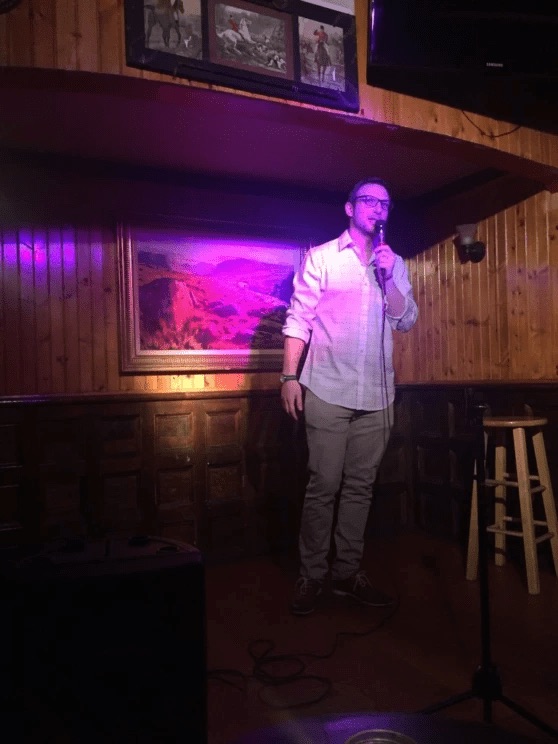 Levinson performing at Anna Liffey's. Image courtesy of the author.

A friend of mine organized a show here. It had never occurred to me what a venue it would be. Stages upstairs and down. A PA system. Mutual desperation. We needed each other.

The show was a huge success, and it was then that I found that Liffey’s still had a story left to tell for me.

From there, I began to organize comedy shows there with some frequency. More than once, we had a packed house full of friends and family, as well as strangers I invited from the Internet, all sharing in the laughter.

Local comic Dan Kalwhite started a weekly open mic there. Every Wednesday, we’d all go down there and tell terrible, half-finished jokes. Mostly to each other (and a few unsuspecting Yalies). It was wonderful. Another fraternity born. Another community.

In this way, Liffey’s had no peers. It birthed so many little communities. So many groups, whether they were kickballers, rugby players, comedians, or just local drunks. Everyone had a place.

I won’t speculate or spread rumors about how or why Liffey’s closed. I won’t get into the local Irish pub rivalries, or who said or did what to whom.

I just know that I’ll miss my old friend.

The place where I knew everybody’s name. Where Frank wished me poorly but served me anyway.  Where Connor cleaned up after us kickball maniacs. Where Lindsey and Chris helped me put together comedy shows, and Aly always helped them run smoothly.

Where the pitchers of Bud Light flew freely into the long hours of the night as we perfected our flip cup skills and young co-eds make dumb mistakes they didn’t know well enough to regret.

You weren’t perfect, Liffey’s. But neither were we.

I don’t know what the future holds, but I’ll say this: Anna Liffey’s was a home to me, when I didn’t know anybody, and didn’t felt like I belonged, and it helped me feel like I was a part of something.

So whatever else, I’ll always be grateful.

Special thanks to Kristen Pepin, Jeromy Reynolds, and Frank Cullimore for providing their memories and photos for this post. Introductory remarks by Arts Paper Editor Lucy Gellman.