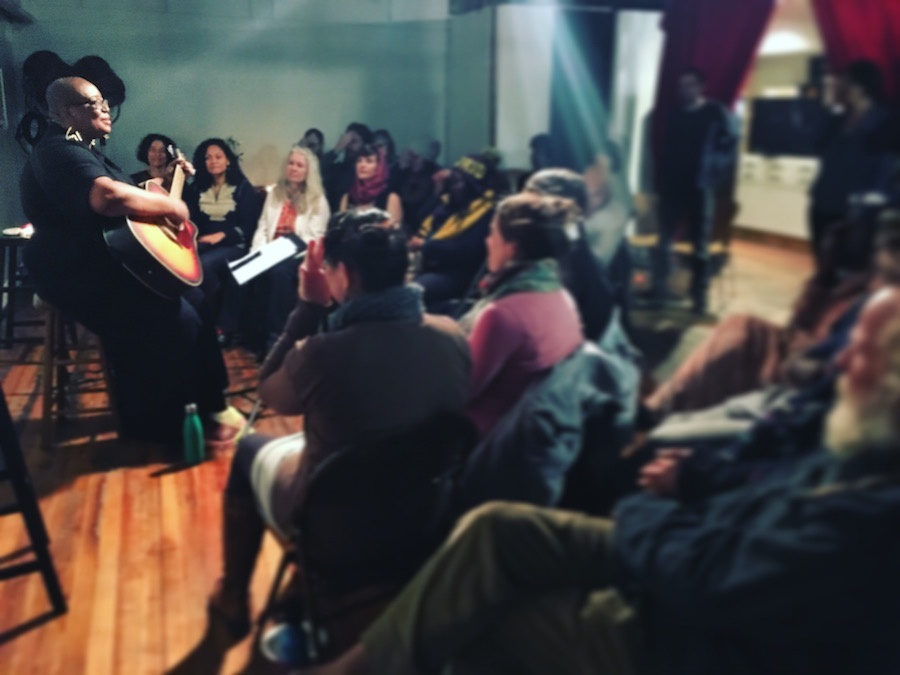 Hanifa Washington was surrendering. In one world, she held her guitar, swaying back and forth off a wooden stool. Blurry, bright photographs by Susan McCaslin winked out from behind her. In another, her sacral chakra was opening to the world, bringing a wave of feeling with it. Under then low light, she began to glow.

“Fill my thoughts with kindness and divine love,” she sang. “Fill my days and moments with bliss. Let despair with a quickness leave my blood, bones and kiss.”

A smile tugged at the edges of her mouth. Something thick with feeling rose up from her throat, then swelled over the floorboards and sweet-scented walls and through the crowd. Not exactly prayer—or maybe more than prayer alone—but a supplication, to a higher power that was somewhere out of sight.

These are Washington’s Mantras For The Revolution, a new album that doubles as a meditation on the act of being, and surviving in this world. After recording the album at Baobab Tree Studios earlier this year, Washington released the pieces at a party and gathering at Westville’s Lotta Studios last weekend. 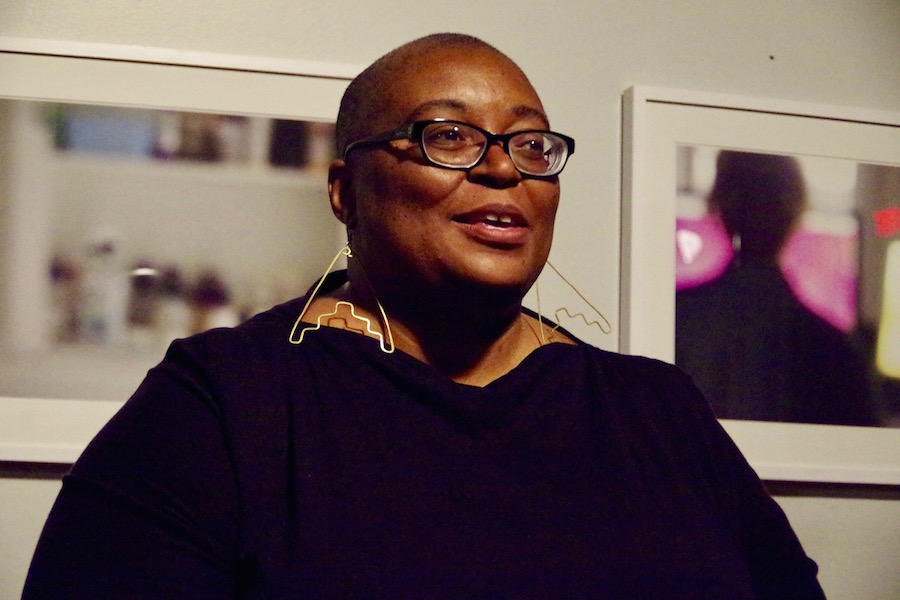 “I need your support to release this into the world,” she told the audience, a crowd of around 30 that gathered for the release. “This particular project has a different spirit … the words that are coming through me and the vibrations of those words are just medicine.”

On the album, that spiritual medicine spreads over each track, vocals frank and certain as they ride up the seven chakras: root, sacral, solar plexus, heart, throat, third eye, and crown. They are a salve, sometimes buoyant and sometimes not, that coats everything that hurts.

“My name means the bringer of happiness with whom I go,” she says on the first track of the album, her voice steady and calm as she speaks. “I invite you to come with me on a journey to happiness, feeling and release. This offering of mantras or meditative songs is a gift from my heart to yours.”

Each of the seven mantras—all “like little prayers,” she said—come out of two years of journaling and soul-searching. Like “River Song,” inspired by long, near-daily walks by the West River. As Washington sings “Rise easy, walk by the river, become your heart, be freeee/sing for the healing, become your part/I am divine I am free/I am/ I am Ashay Ashay Ashay,“ you feel something unwinding at the base of your spine, opening to the world. 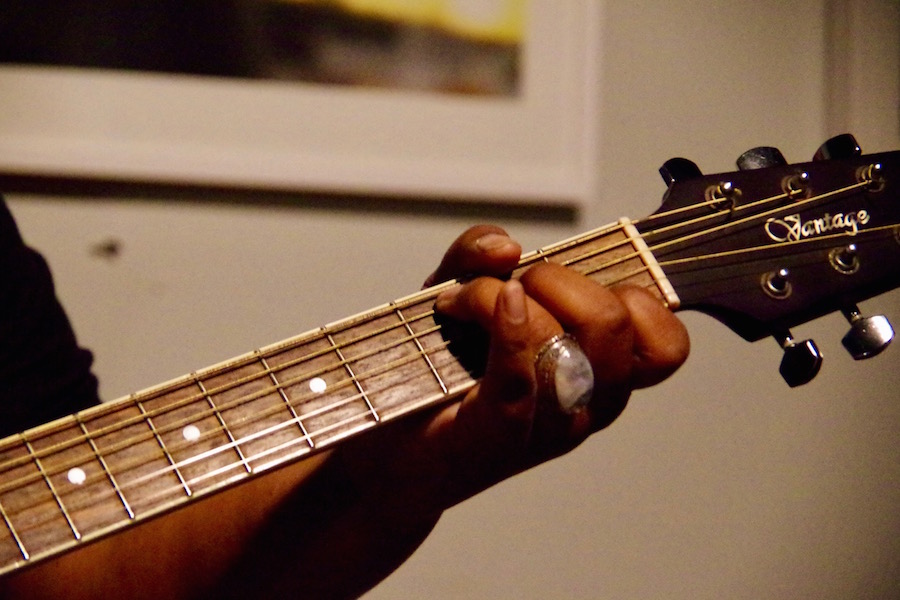 These mantras also feel like they’re intended to be sung. You are lifted up as Washington’s sings, carried toward meditation and peace on a suite of disarmingly simple lyrics.

So it wasn’t surprising when the audience started singing along at Lotta, some members closing their eyes and reaching out to hold hands as Washington cycled through the album.

“Rise easy, walk by the river, become your heart, be freeee/sing for the healing, become your part” she sang, her voice catching on ashay each time as a breathy, jubilant cry. Slowly, the room joined in, a human orchestra layering itself in no particular order. From one side of the room came a breathy soprano, taking its time on the incantation. From the back, one could hear a baritone sneak up into the mix, burrowing back into a sea of voices after a few words.

The chakra train traveled north, from the sacrum to the solar plexus (“Fire Belly”), and then to the heart center. “This song I sang so many times in deep prayer and deep places,” Washington said, launching into “It’s OK.”

Then, voices caught on, a few attendees tearing up as they opened their chests, and whispered the song to themselves. Standing for the a cappella “Sing” and rousing “Open,” they filled the room with breath, building towards something of which they weren’t quite sure, but totally willing.

That breath released with Washington’s “Sweet Revolution,” as audience members faced each other, and looked from their eyes into another person’s in complete silence.

Two. Three. Four. Five. Breath and quickened heartbeats filled the room, a few giggles audible as Washington urged the group to stay in the moment.

“My greatest hope is that people use this as medicine,” Washington said at the end of the release. “That it goes out to people who need it the most. ”

Mantras for the Revolution is available at Hanifa Washington't music website, on iTunes, Google Play, and Spotify. Our unsolicited advice? Don't listen on Spotify. Buy this album and support a local artist.