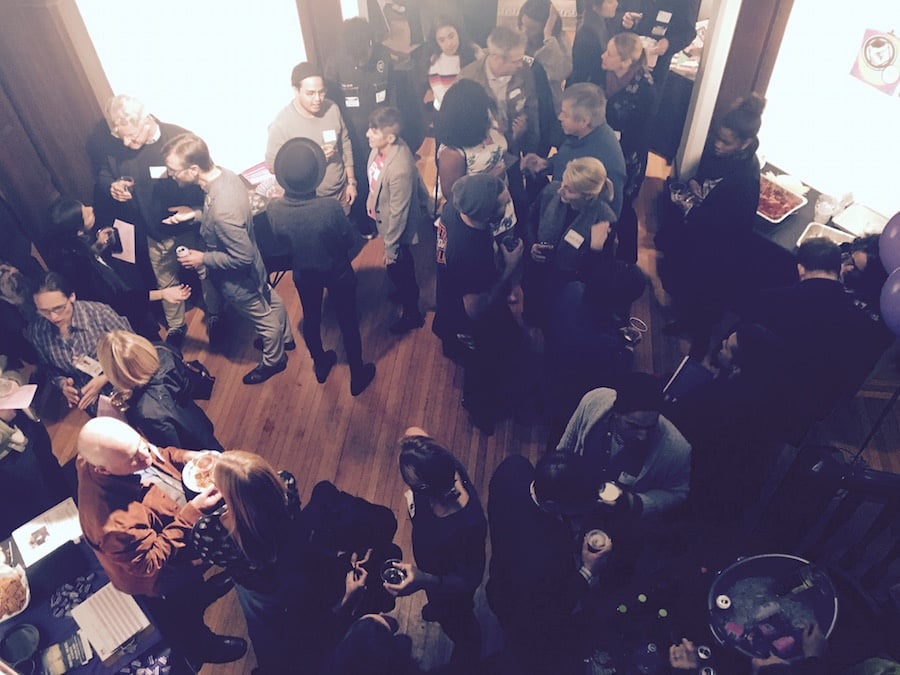 It’s her whole face that stops you mid popcorn-bite. Not just the eyes, deep wells of sorrow and surprise that hold hundreds of questions. But her cheeks, muted under a coat of ghost-like white makeup. And her lips, vampire red, pursed together so they neither cry nor scream. All framed by a long, straightened wig.

A voiceover catches as the image shifts, and a disembodied hand turns a bar of skin lightening soap in her hand like a smooth, heavy stone. “I couldn’t wait to have lighter skin and long silky hair,” it says.

Close to 70 showed up for Tuesday's screenings, despite the driving rain. Lucy Gellman Photo.

All this in a scene from Francesca Andre’s short film Charcoal, one of 17 short films screened at the Nasty Women Film Event Tuesday night. After opening to crowd of 70 on Tuesday, the event will have an encore from 5-8 p.m. on Wednesday Nov. 8. Co-organizer Lucy McClure said she is trying to get the films into colleges after that date. The event’s three winning films will go on to the New Haven Documentary Film Fest in June 2018.

The event, months in the making, was held as a follow-up to the Nasty Women New Haven exhibition at the Institute Library earlier this year. Organized by McClure, longtime New Haven arts advocate Debbie Hesse, and 48 Hour Film Project guru Trish Clark with a small army of volunteers, the event doubled as a fundraiser for Planned Parenthood of Southern New England (PPSNE), Integrated Refugee & Immigrant Services (IRIS), and Make The Road CT.

The group did not have fundraising totals Tuesday night, but mentioned that it had already raised $350 for PPSNE at a “We Grab Our Own” workshop last weekend, where participants decorated ceramic vulvas with paint, red glitter, and glue. Representatives from all three benefitting organizations, present at the opening, all called this year some version of “the fight of our lives” for immigrant and refugee rights and access to reproductive care. 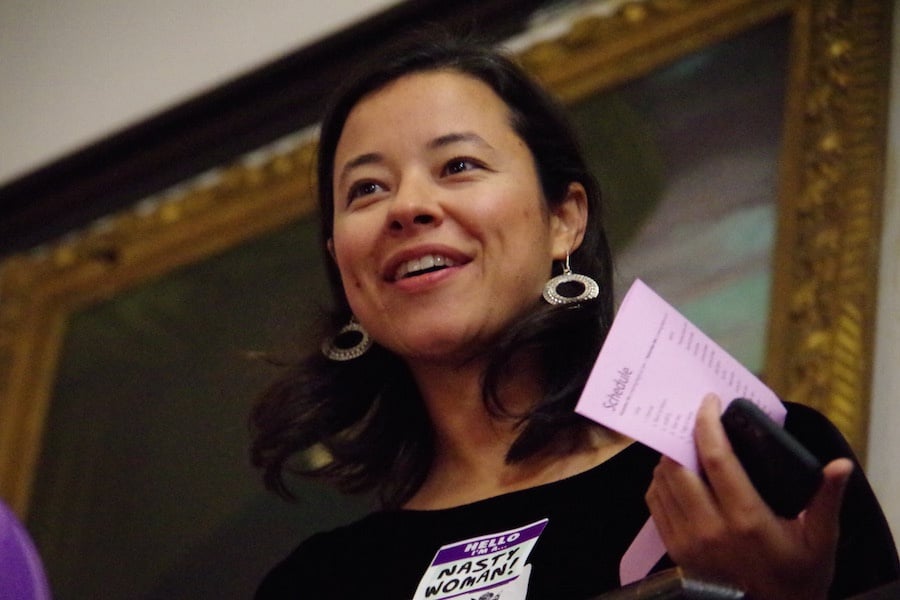 “I think right now, considering everything that’s happening from the current administration, there’s a need for solidarity … a need for people to feel that their voice matters,” said McClure. “I think having the film fest allows people to hear other stories. It allows us to create a dialogue, engage with people that might not think the same way, might have different upbringings or just be different in a sense that we might not understand.”

McClure, who is a visual artist and photographer, said she chose to make the event a juried process to expand points of view from the get go. Jurors included curator LaTanya Autry, director Vanessa Block, storyteller and arts advocate Hillary Bridges and Yale professor Elihu Rubin. 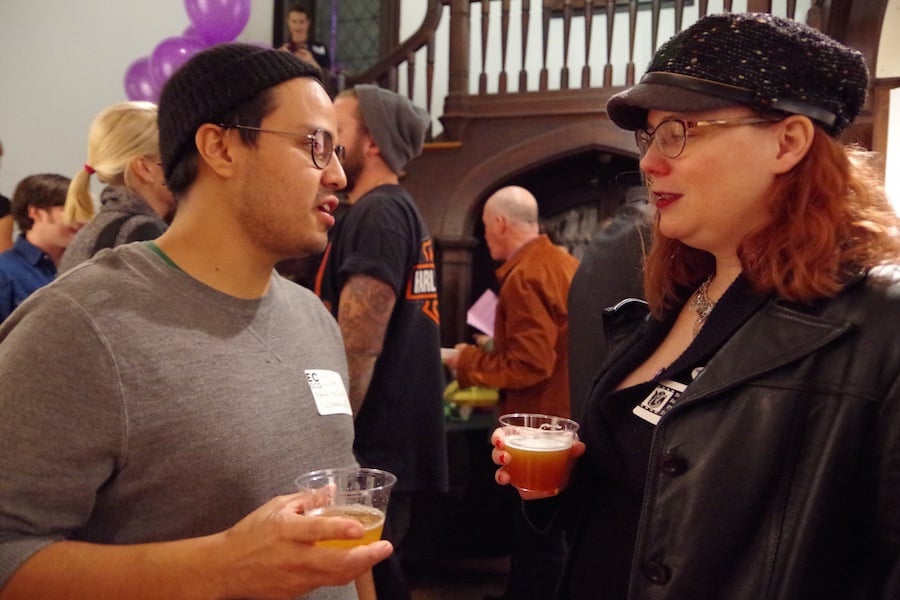 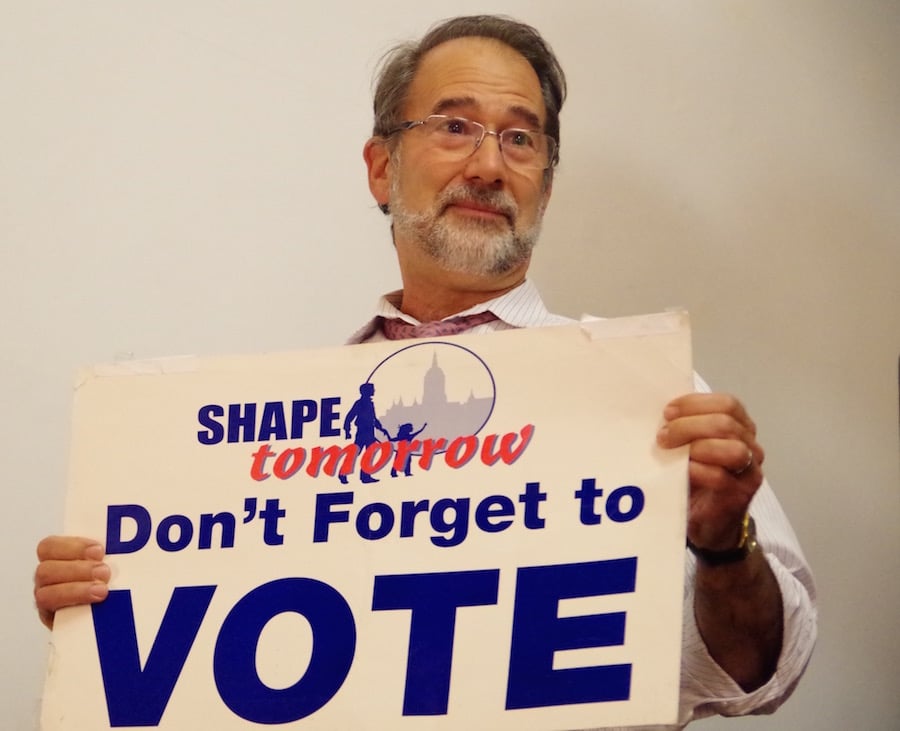 Tuesday, their selections reflected a great variety of films and filmmakers, with grainy, amateur works rolling alongside slickly produced, hard-hitting and tight narrative pieces. Like Charcoal, a powerful statement on colorism, maternity and lineage by Haitian director Andre. Premiered in September at the Trinidad and Tobago Film Festival, the film tells the story of a woman who has long wished for lighter skin and soft, silky and long hair instead of her dark, textured strands, sticking out like a self-described Brillo pad from her scalp.

The story of her past is told in a series of focused, bright flashbacks that keep you in the film from start to finish. We see the moments that have led to her contempt for her own skin: relentless teasing from neighborhood kids and classmates, a lifetime battle with sunlight, and brush with maternity that has the power to change everything. When she announces, after considerable soul-searching, that “Your truth is your passport,” it’s all you can do to keep yourself from jumping up in the dark screening room and letting out a cry that’s more sweet than bitter.

Other films instructed and delighted as attendees watched from two screening rooms. Two mini-documentaries by The 2nd Sex and the 7th Art (New York based couple Jennifer Dean and Eric Rice) exposed viewers to Nadia Munla & Jamie Jensen, the creative team behind Hannah Has A Ho Phase, and then to actor/director Judyann Elder. In attendance Tuesday night, Dean said that events like this help her with her mission—educating people about how few women hold powerful positions in film.

The event drew on cultural cleavages with pieces like Dripping Identity, a 2016 self-portrait by young New York filmmaker Ina Chen. As it marries Chinese poetry, repeated forward movement, and a video chat conversation with family, the work becomes a moving testament to loss and connectivity in an increasingly tech-driven age. Filmed largely through FaceTime montages with Chen's family, the piece has a quality that is instantly relatable, as if you too may experience loss through a screen alone if you’re not careful. But it also has a degree of remove, narrated entirely in Mandarin with English subtitles. It's intimate and personal, yet also like Chen's saying: I've found my self portrait. What's yours?

These films are weighty and sometimes hard to stomach, but not without whimsy and wonder.  Arden Barlow’s animated short VisiBiliTy brings attention to the number of bisexual and gender nonconforming members of the LGBTQ community, drawing a laugh (or many) with its depiction of footed rainbow flags socializing awkwardly at a party. 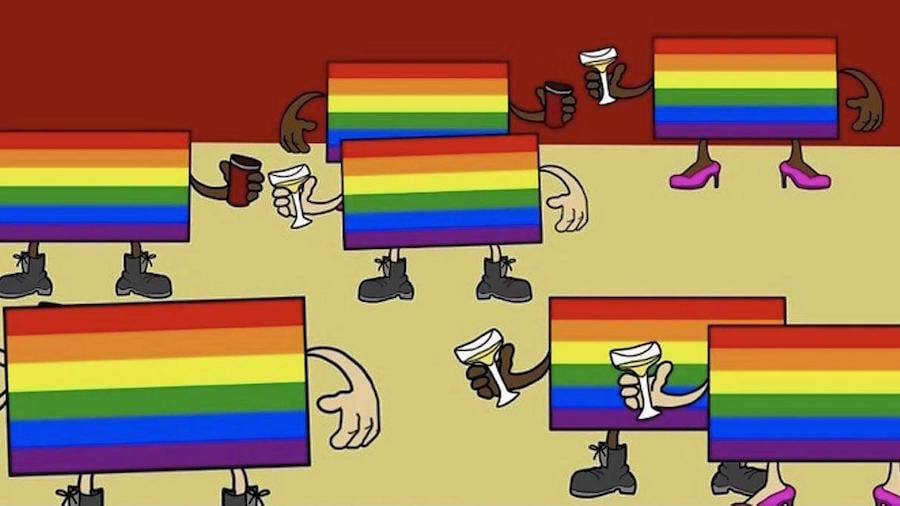 Employing a similar aesthetic, Palwasha Azimi’s Tongue in Cheek has a wonderful School House Rock meets PG-13 vibe, with 30 straight seconds of butts on butts on butts. It’s funny until it’s not, embodying America’s fixation on round, undulating, bubble behinds. Disembodied from bodies, they are a little like Agnes Varda's floating, serving hands of the 1960s—except animated. 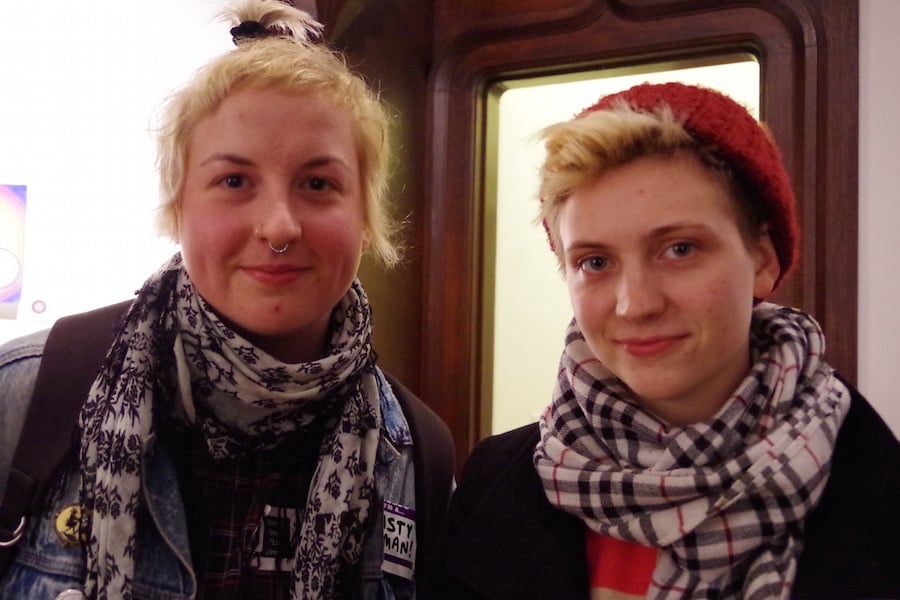 Director Kendra Lohr with her friend Izzy at the opening. Lucy Gellman Photo.

So does Kendra Lohr’s short Dream Phone, finished as a thesis project in her final year at Massachusetts College of Art & Design. A mix of magazine clippings, old black and white clips and instructional segments on acceptable femininity, it's cheeky enough make you laugh, while getting you angry at the tortoise-like course of history.

“For me, being a Nasty Woman is about being who you are and standing with and for other women,” said Lohr, who came for the first night of the film event.

Behind her, McClure and Hesse tidied up from a night of celebration, picking up a few bags of popcorn and pink cans of beer that had been left behind by attendees. They powered down projectors in the center’s two screening rooms, resetting the films to play in order the next day.

"I'm hoping this event will allow us to talk and bring us closer," McClure said.

Tonight, Nov. 8, the films will play on loop from 5-8 p.m. at the John Slade Ely Center for Contemporary Art.