For Quinceañera, ULA Suits Up For A Fight 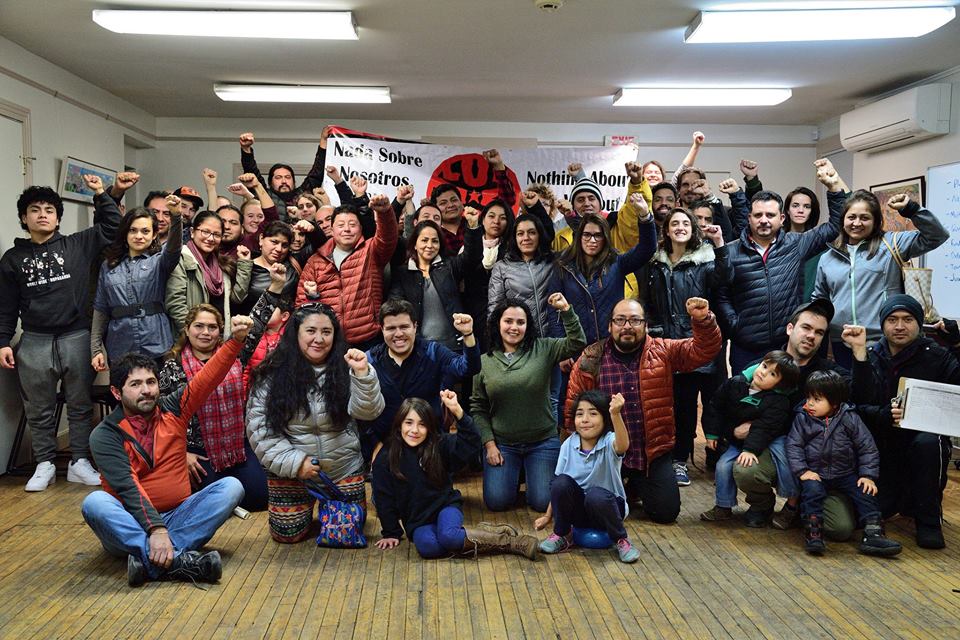 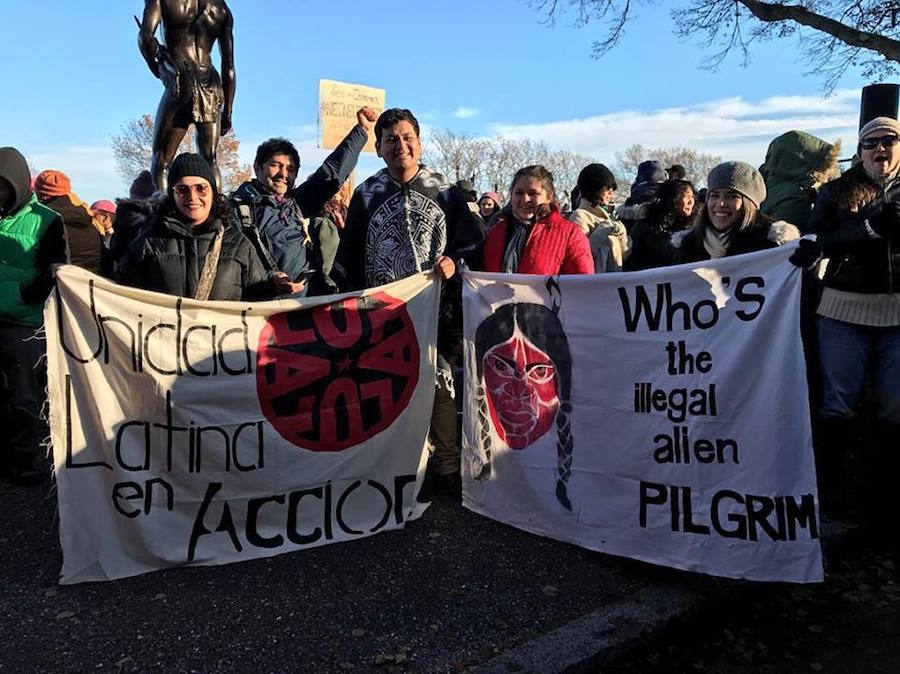 John Lugo’s weekend schedule was packed. As temperatures dropped Friday afternoon, he and Fatima Rojas were gathering troops to protest Zane’s Cycles in Branford. By Sunday, he knew he would be back out in front of Hamden’s Town House restaurant, protesting wage theft with a dedicated group of activists. But Saturday night, he had an event of another sort—a big party, complete with singing, dancing and lots of birthday cake.

Lugo is the founder of Unidad Latina en Acción (ULA), a grassroots group of organizers and activists fighting for immigrant rights across New Haven and Connecticut. Many members are themselves immigrants. Saturday marked the organization’s 15th birthday, fittingly dubbed a Quinceañera after the coming-of-age celebration Latina women have when they turn 15. 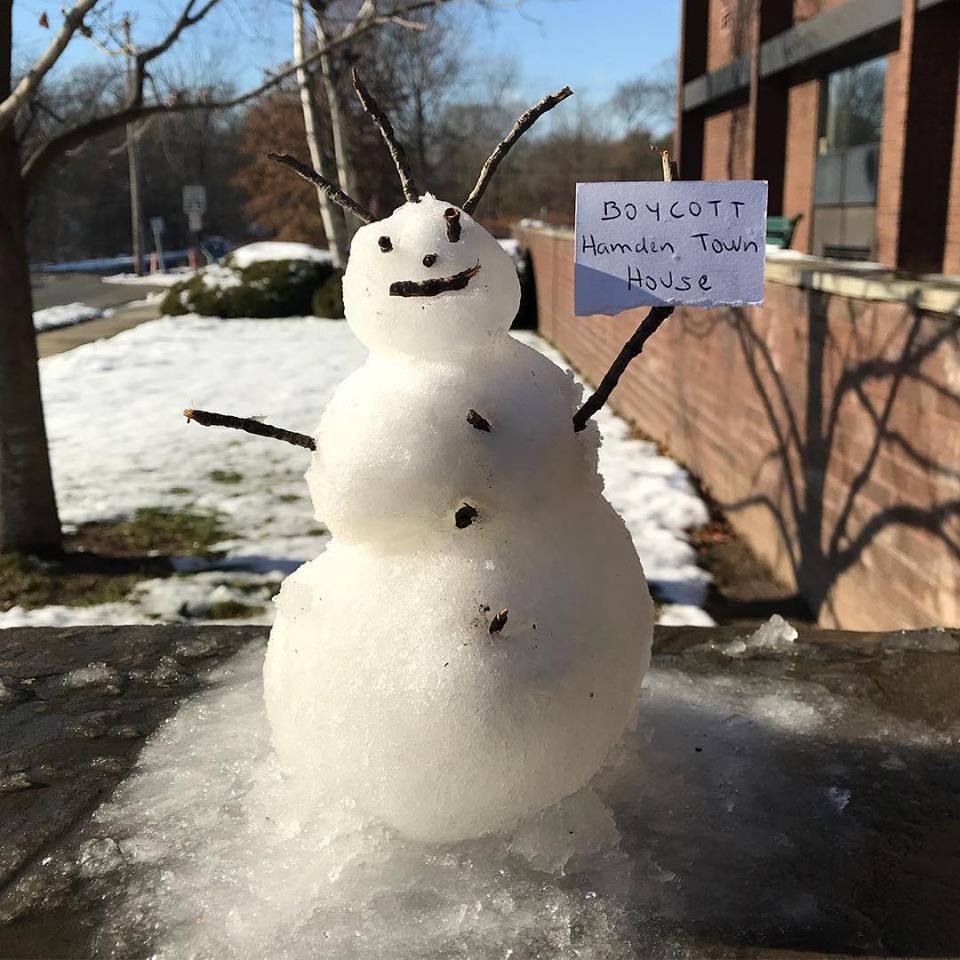 A photo ULA posted before Sunday's protest at Hamden Town House restaurant, which the organization has accused of wage theft. ULA Photo.

A Quinceañera is a kind of debutante ball meets cotillion, but Lugo said he sees ULA’s as more of a boxing match. In the early 2000s, the organization was founded amidst intense racial profiling from police, as Lugo gathered immigrants to testify on their own experiences in the city and greater New Haven area. That testimony ultimately helped with the passage of Police General Order 06-2, which prohibits New Haven officers from asking anyone about his or her immigration status.

Then in 2005, Lugo was one of the first to propose a government-issued, municipal ID card, a new stopgap to protect undocumented immigrants from getting harassed, arrested or profiled based on immigration status. In 2007, New Haven was the first city in the country to adopt one, under then-mayor John DeStefano.

The organization has since gained collaborators in the community from Junta for Progressive Action, Connecticut Immigrant Rights Alliance (CIRA), Planned Parenthood of Southern New England, and a group of sanctuary congregations. It has become known for its city- and statewide protests, work accompanying immigrants to deportation and bail hearings, and fight against establishments allegedly committing wage theft and unfair hiring practice.

And most recently, it has been on the front lines fighting Immigrations and Customs Enforcement (ICE) as Nury Chavarria, Sujitno Sajuti, Marco Reyes and Nelson Pinos have taken sanctuary in local houses of worship.

“It’s something that we’re very proud of,” said Lugo last week, in an interview before the party. “Even now, as a nonprofit, we’ve decided to keep this as a grassroots organization. It’s really hard to survive that way, and we’re very proud that we’ve been able to survive. It’s important for people to understand, you can start fighting for whatever issues you want to.”

But, he added, the work shows no sign of stopping.

“The nature of this administration is making us more disciplined, more organized,” he said. “As an organization, we’re facing all these big attacks in the community. Right now, the big need  to have another organizer, to try to train more leaders. Part of the job is to increase leaders, and the number of members … then we can really extend our reach around New Haven, but also around the state.”

“I feel that the resistance has become the reality of every single effort,” said longtime member Fatima Rojas, one of the Soldaderas to march in this year’s Día de los Muertos parade. Rojas joined the organization 13 years ago to protest sexual harassment and wage theft in area restaurants. In her early years with ULA, she recalled signing “a giant Christmas card” for DeStefano, who wasn’t yet supporting the Elm City ID Card. She said she has measured her time with the organization by her daughter, who was photographed in her arms at early protests, and is now herself a young activist.

“We need more people ready to conduct different leadership roles,” she said, echoing Lugo. “Because the attack is bigger. The separation of families, the tearing apart of families is growing. We need to grow, at the same time in different places, to spread out the voice.”

“These attacks that the administration is conducting are not just against immigrants,” she added, citing GOP pushback on unions, public education, and Muslim refugees. “This is a critical moment where we need to put aside all the different ideological topics and focus on what we have in common.”

For her it is personal: her husband was recently laid off from Zane’s Cycles, after allegedly working to organize a union. Friday night, she and Lugo found themselves outside the shop, modified Christmas carols drifting over that section of Branford.