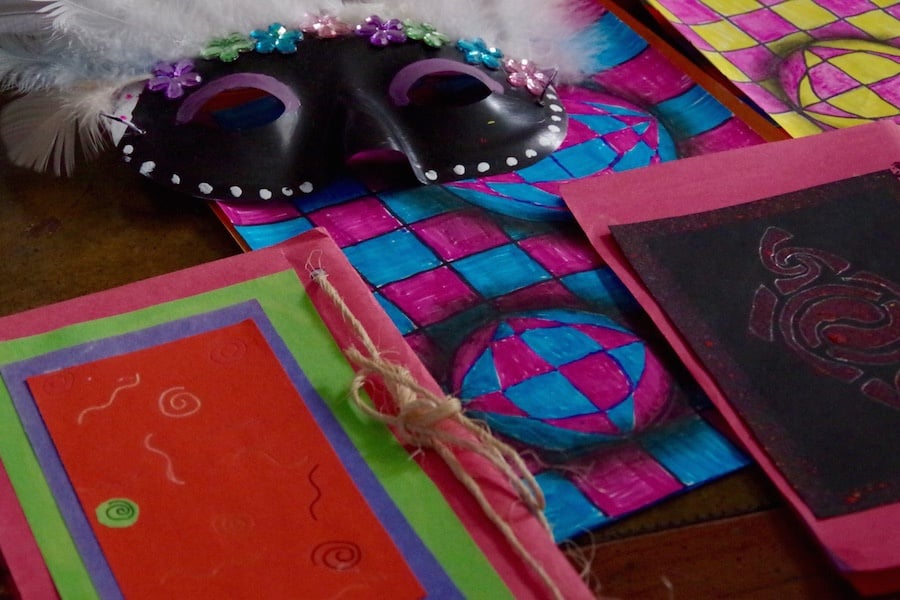 Earlier this week, the U.S. Supreme Court ruled that President Donald Trump's travel ban could take effect, banning immigrants and refugees from Chad, Iran, Libya, North Korea, Somalia, Syria, Venezuela and Yemen. Because those are all majority Muslim countries, many have called it a backdoor "Muslim Ban." Earlier this fall, we ran this story as part of a triptych in print (here are parts one and two of that) about how recent refugees are growing our creative ecosystem. It felt particularly timely to run. 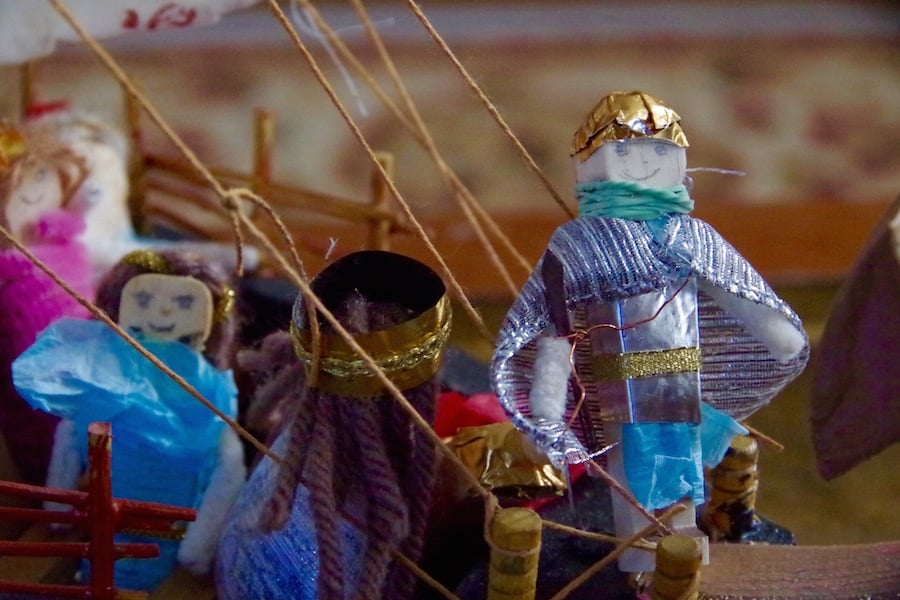 A ship that S. made earlier this year, at a summer camp at the Eli Whitney Museum. Lucy Gellman Photos.

Nestled between New Haven and Hamden, a very young artist—and unwitting entrepreneur—is taking shape, probing the intersection of sculpture and painting as a way to work through her bouts of intense homesickness.

S. arrived in Connecticut in late January of this year, coming with her parents and two brothers from Aleppo by way of Istanbul. After civil war broke out in Syria, the family had moved to Turkey; they’d been living there for three years when they were given a chance to emigrate to the United States.

S. had not wanted to go, she recalled—there had already been too much upheaval for her young life. As the family moved, she endeavored to keep her art alive as a sort of anchoring force in a new country, and a reminder of her home. 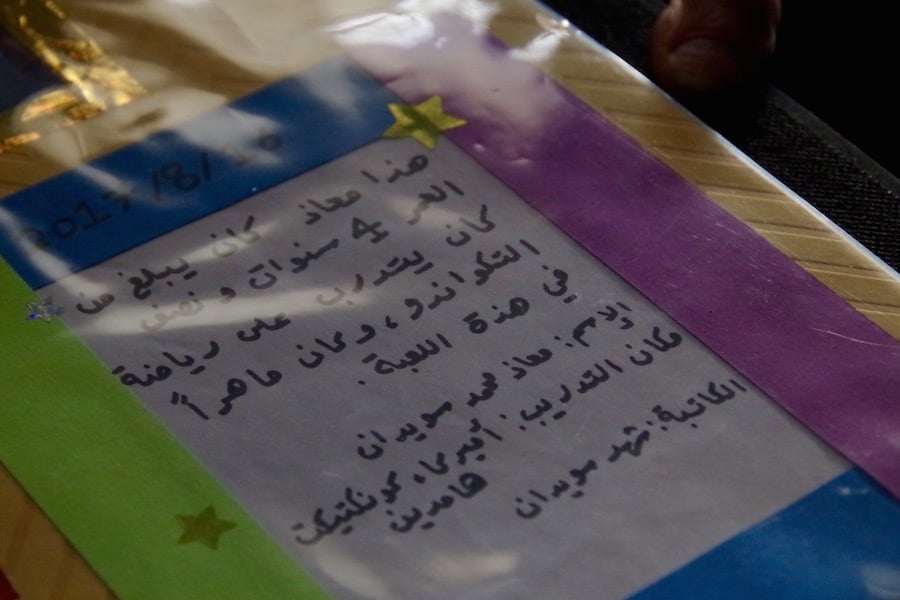 With her mom and volunteers from JCARR, S. scrapbooks.

In an interview earlier this year, she recalled a childhood spent with her mom and aunt in Syria, sitting on the floor for hours with jars of paint and brushes. Her favorite subjects were princesses, among them Belle from Beauty & The Beast and, later, Elsa from Frozen.

“They had hair coiffured like models, and these beautiful dresses,” recalled her mom, K., outlining the contours of a swishing, floor-length ball gown in the air. “She trusts herself when she does art.”

S. didn’t intend for her craftsmanship to become more than a catharsis (and according to her mom, a big confidence booster). She is shy; even though her English is strong and she has become one of the highest-achieving students in her classes, she’s remained quiet and soft-spoken. Except when she’s making art, vibrant colors springing across the page.

With the help of a few grassroots organizers, she’s building on that skill set. In the spring of this year, JCARR representative Roberta Friedman took her to free art classes at the Mitchell Branch of the New Haven Free Public Library (NHFPL), held for an hour once a week. For four weeks, S. jumped into the class, assembling collages and drawings in the brief 60 minutes she had.

There were only two other regulars who came to the class, two girls from Davis Street School. The three didn’t talk at all. That wasn’t a problem, said Friedman. “She [S.] was very serious … she just kind of sat down and did her thing. I think it was a little under her skill level.”

JCARR members brainstormed on how to satiate S.’s artistic curiosity. In August, she attended a week-long day camp at the Eli Whitney Museum that introduced her to woodworking machines for the first time in her life. Soon, she was using new tools to make wooden sculptures, like a Viking-esque ship packed with tiny figures, each dressed in a handmade outfit, boasting elaborate hairdos, and ready for action on the high seas.

“It was more fun than painting, because I love the wood,” she said. “I love art, but I miss Istanbul,” she added, speaking through her mom. 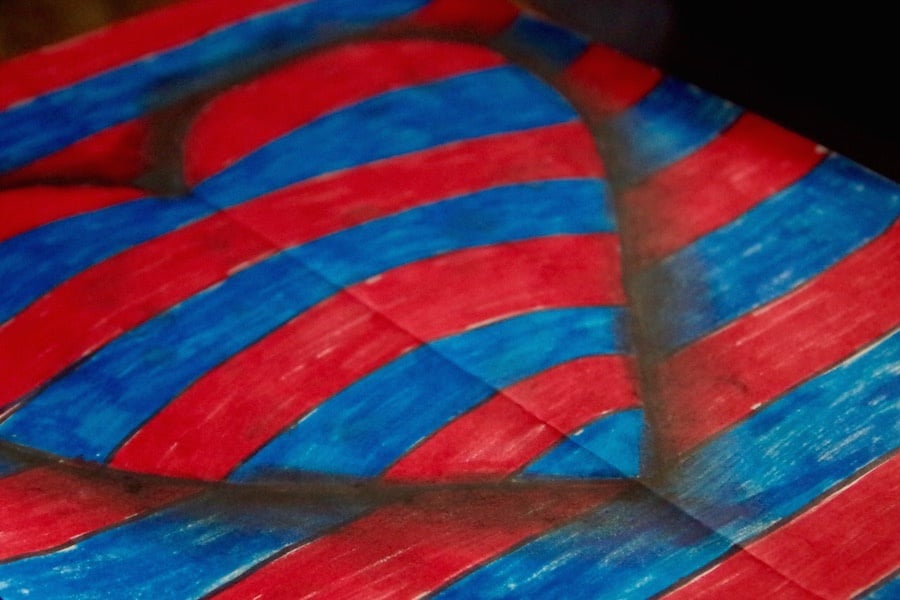 The work has drawn attention from JCARR members, prompting a kind of art meets activism (or at the very least, grassroots organizing) that S. acknowledged as a fairly new experience. First, it came in the form of JCARR scrapbooks, a project she is still working on with Friedman. A few months ago, Silk also gave her her first official commission: A wall hanging, like one S. has on her family’s wall at home.

“She just seems like a really gifted artist,” Silk said.

But she said that she sees the connection between the two. The joy with which she plans to help the sick is the same joy she feels when practicing art, and particularly making sculpture.

When she is making art, “I feel happy,” she said.