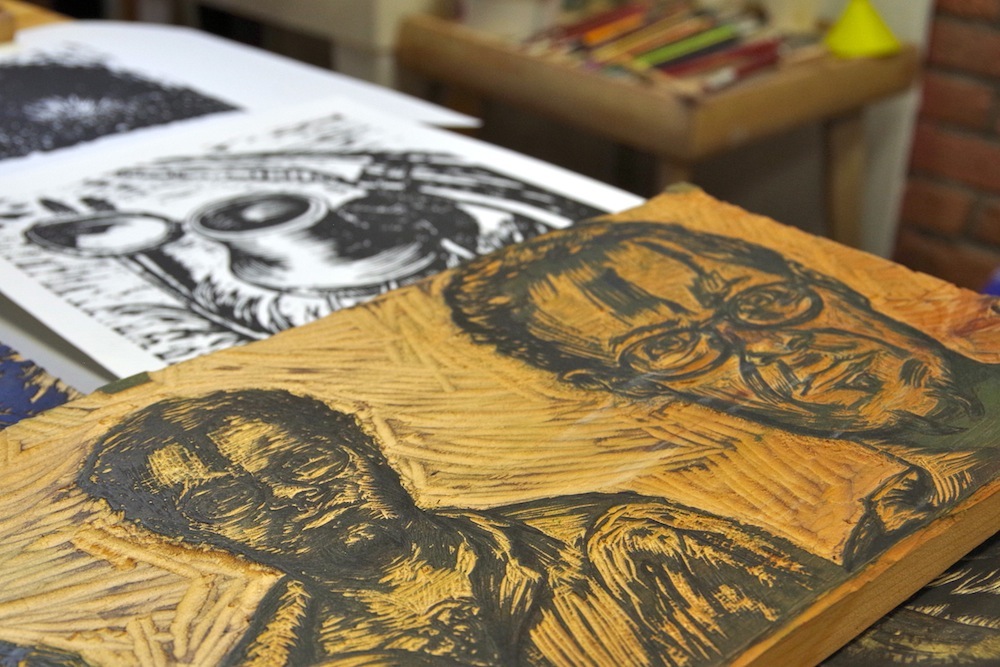 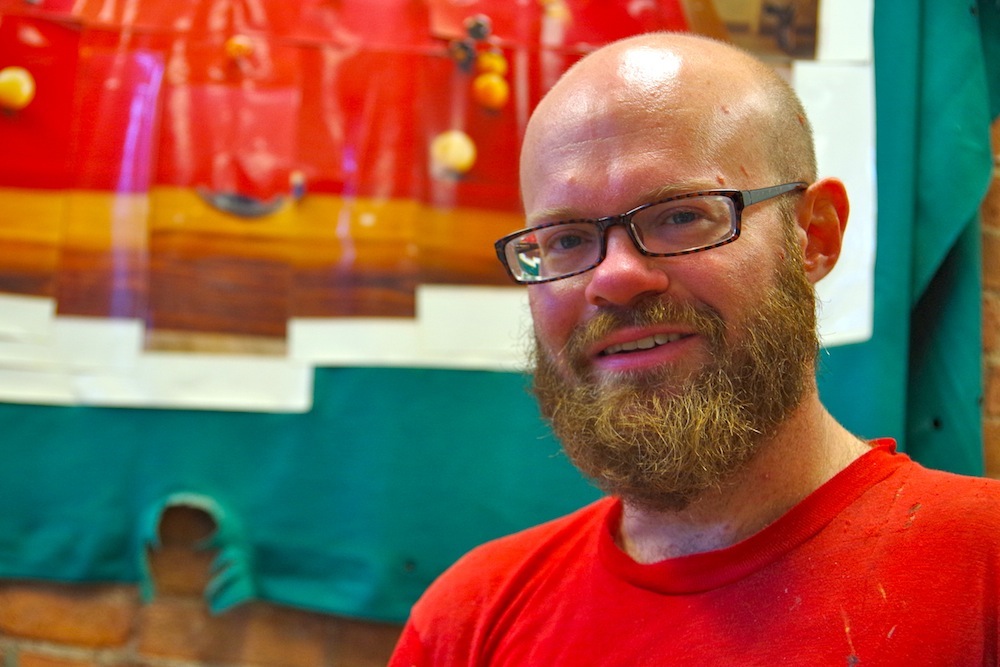 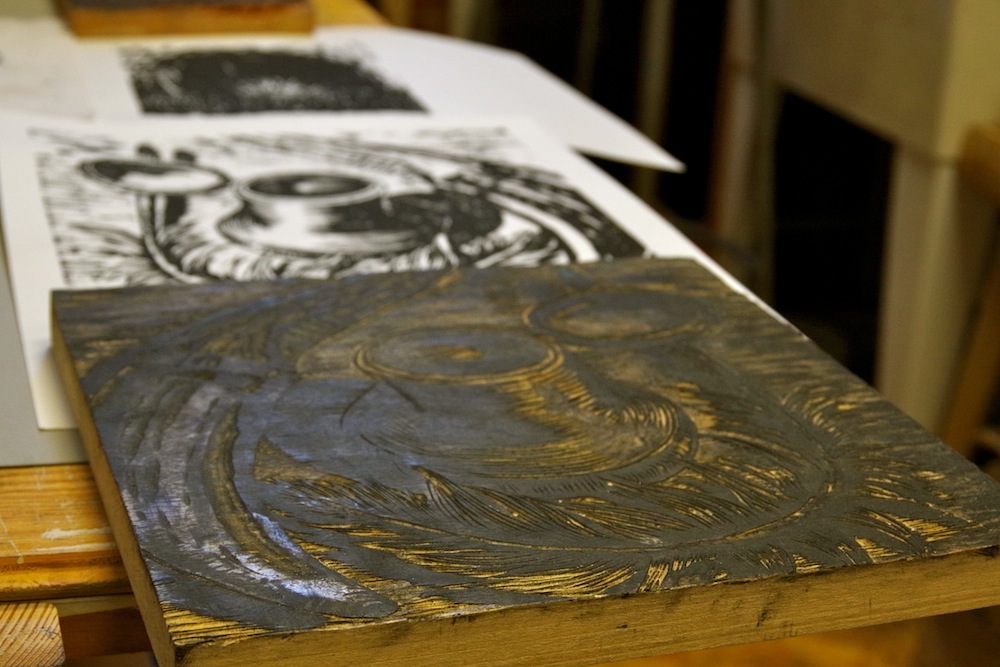 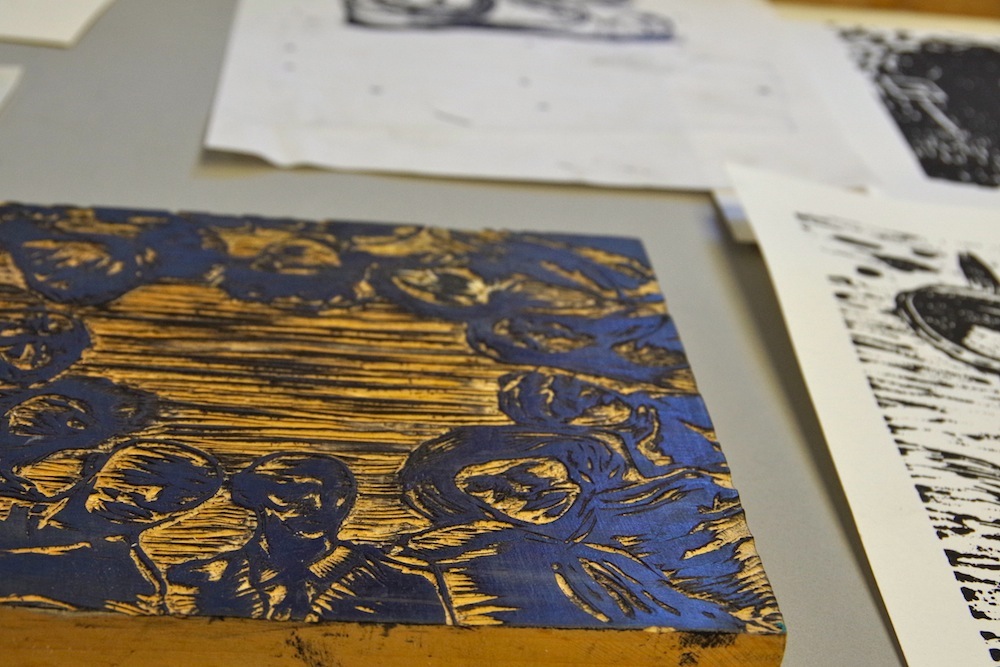 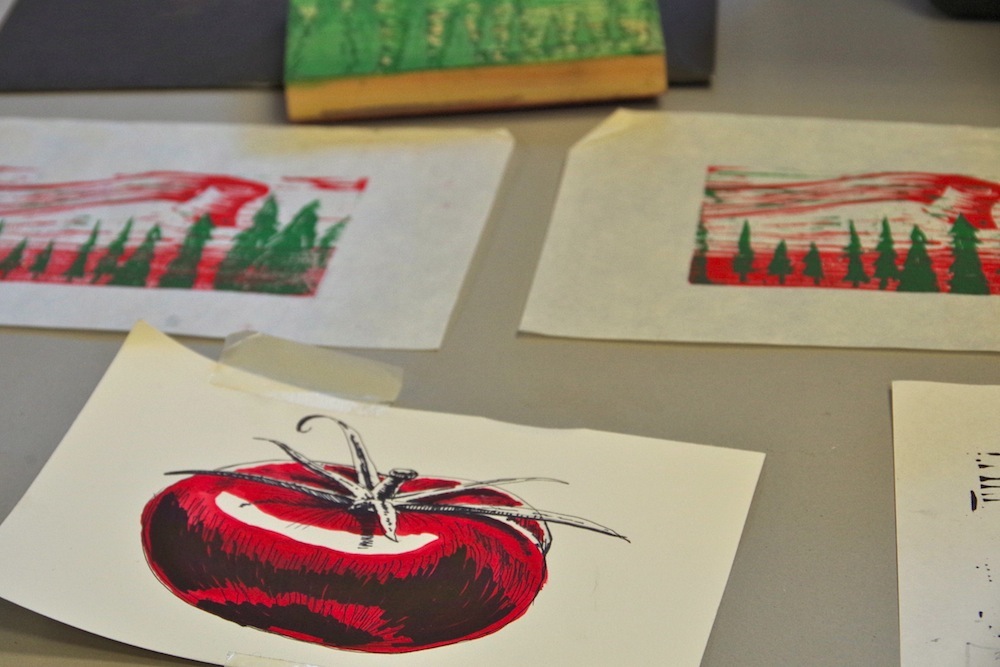 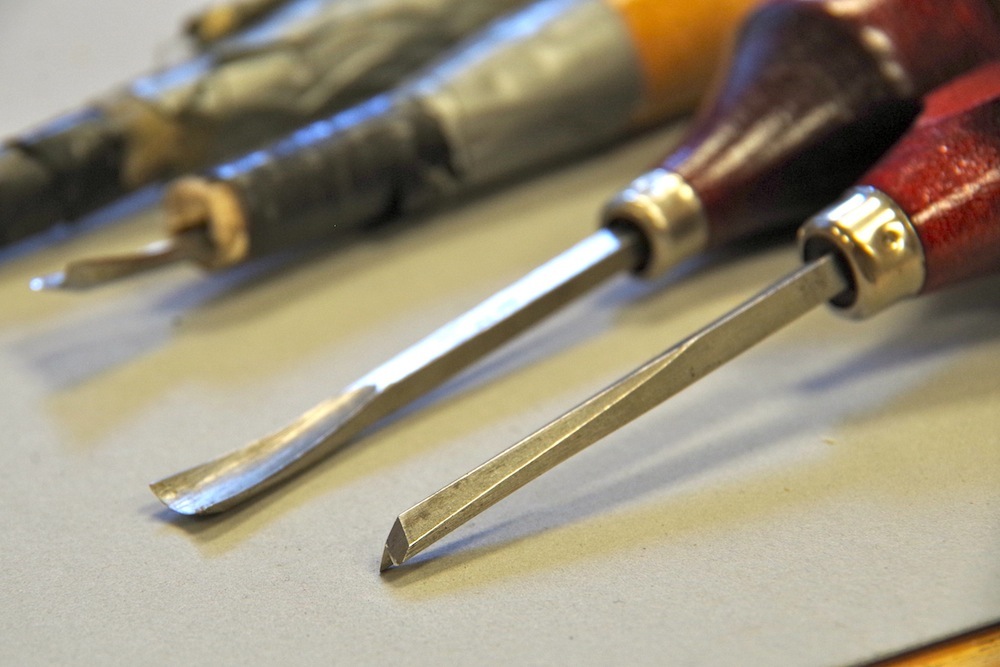 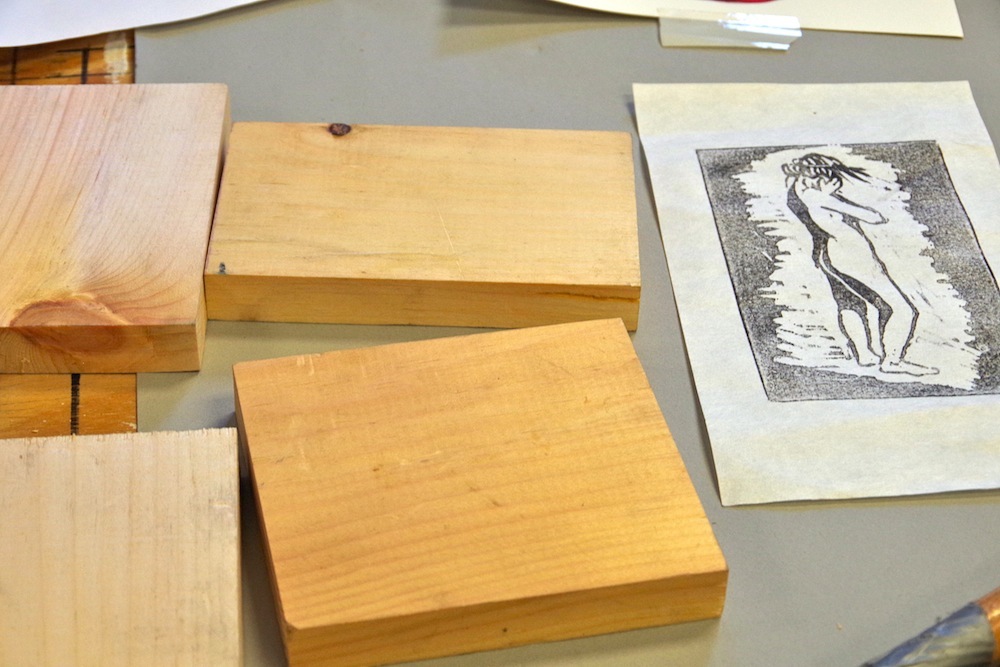 A Wooster Square artist and downtown makerspace are changing the city’s relationship with woodcut printing — and planning to expand it further in the coming year.

That artist is Michael Angelis, a painter and printmaker whose work has been featured at gallery openings, public transportation forums, and in the recent art-subscription series Lunch Money Print. Last July, he began a teaching partnership with MakeHaven, offering classes on a monthly basis to teach New Haveners about the political and technical history of woodcut printing. The next class is Aug. 16, followed by sessions on Sept. 7, Oct. 12, and Nov. 9.

Unlike intaglio techniques like etching and engraving that use negative (removed) space to create an image, woodcut printing uses the inked, raised portion of a block to pick up a design. Like almost all printmaking techniques, it is done in reverse, to create a mirror image.

A high school art instructor during the day, Angelis identified a need to keep that technical knowledge alive. With their carving tools and blocks of linoleum — softer than wood and a favorite among beginners — his students weren't always familiar with the history of woodcut as a political and artistic tool, tied to intellectual property, political uprising, and counterculture ephemera. Maybe the same was true of adults, he figured.

Working with MakeHaven Director J.R. Logan, Angelis designed a three-hour monthly course, aiming to marry the medium with its creative and social history. Arranging pine and poplar blocks in his East Street studio, he recalled a session held right after the 2016 presidential election, calling woodcut “kind of the perfect thing” for the moment.

As he guided the class through the basics of woodcut printing — how to position the block against a palm-handled carving tool, what the grain of the wood said about a piece — he could feel the anxiety in the room. Then, release: participants began gouging out sections of wood, and talking to each other as they worked.

“I really enjoy it, because I get to work with a population that I don’t usually, [in a group] that is really intimate and hands on,” he said. “After I’ve taught the basics, they can kind of dive in. It’s given me a whole different insight on instruction and what’s possible.”

Now roughly a year in — Angelis took a brief hiatus while hanging an exhibition this spring — he is figuring out what to tweak, and how to provide a more in-depth lesson to some of his advanced students. While some groups come for a one-off session, others are drawn to the medium, and want to learn how to do more, better.

It’s a desire that he recognizes in himself. After heading to SUNY Purchase to study painting, Angelis met artist and woodcut aficionado Antonio Frasconi, and changed his major to printmaking. The medium offered a shift in how he was practicing: instead of his own studio, he worked in a shop with other artists, conversing and collaborating with them as they churned out designs.

“Printmaking was like an instant grab,” he said. In small increments, he’s trying to recreate that at MakeHaven, playing with the idea of expanding course offerings to multiple sessions per month. He said he also hopes to open the course to more students once MakeHaven moves to a larger Chapel Street location later this year.

That’s not a profit-based decision, he added. The $40, seven-person course isn’t bringing in a ton of money. Instead, it’s one tied to his affection for New Haven, and for a new age group.

“This is my community connection,” he said. “It’s a fun class to teach … it keeps me fresh with with different teaching techniques and my process.”