An Archive Of Movie Madness 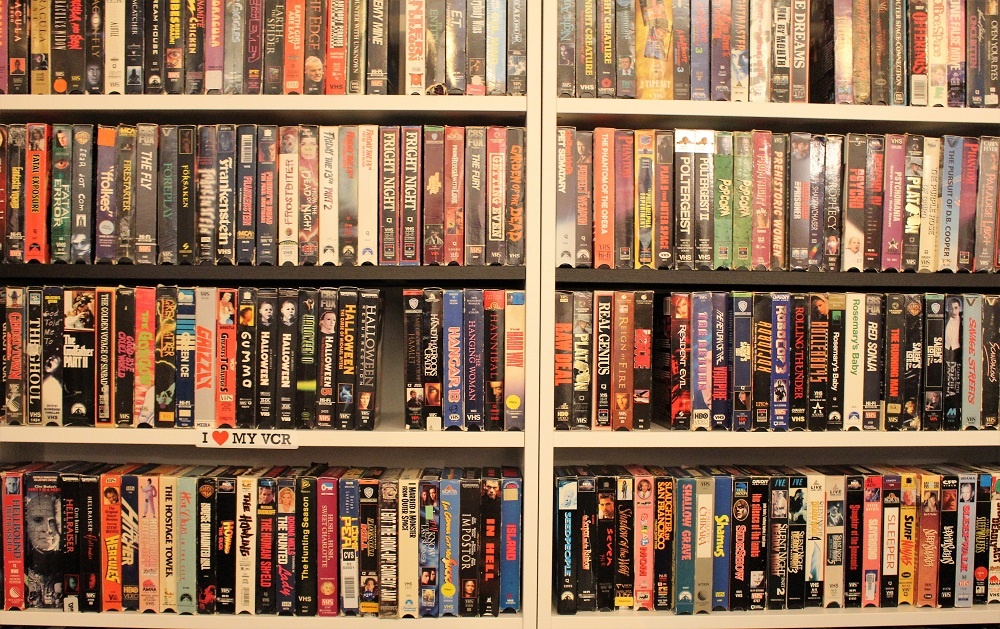 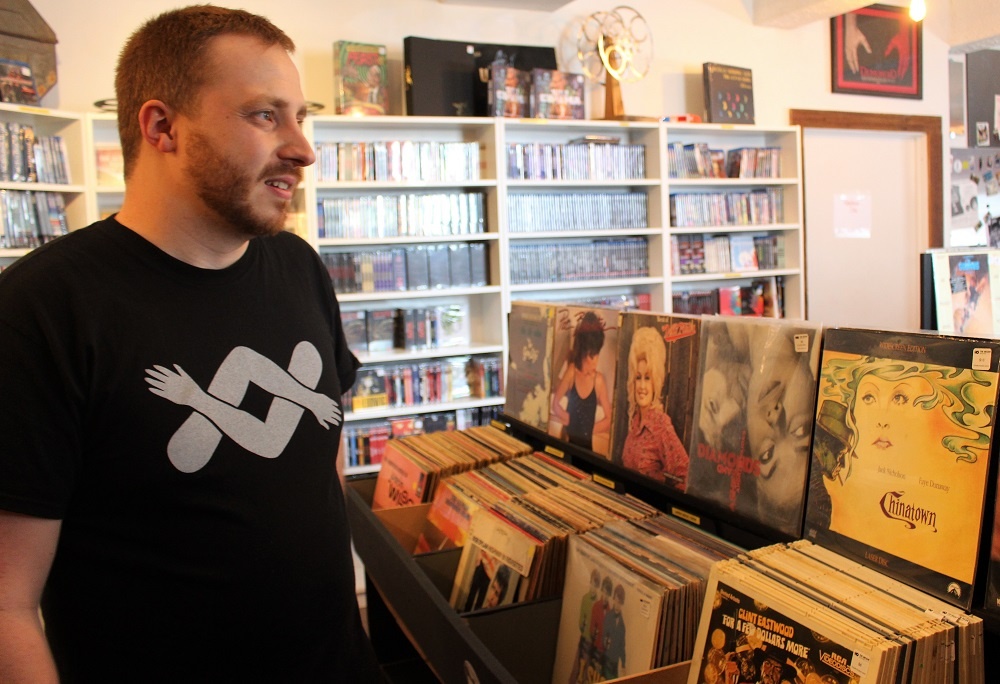 Brandon Upson lifted an LP-sized plastic case of Clint Eastwood’s 1965 Western For A Few Dollars More as he explained the brief history of the CED VideoDisc.

“This is the last analog format,” he said, recalling all the time and money that the electronics company RCA supposedly invested in developing a disc-shaped video format that could be read physically with a stylus. The CED was phenomenally unsuccessful, and RCA discontinued production of the discs and their players in the mid-1980s, just a few years after they went to market.

This is the kind of arcane, entertaining, and thoroughly tangible cinematic discovery that abounds in every corner of The Archive, a new movie, record, and film culture store at 118 Congress St. in Bridgeport.

During the week, Upson works as an operations coordinator and lead restoration artist for Vinegar Syndrome, an exploitation film restoration company based out of Bridgeport.

This past June, Upson and his Vinegar Syndrome colleagues Ryan Emerson, James Neurath, and Ralph Stevens launched The Archive in a street-facing, two-room space on the ground floor of their restoration company’s main facility.

For the past two months, Upson has been spending most weekends shepherding friends, customers, and cinephilic pilgrims through the new brick-and-mortar shop that doubles as a temple to the physical presence of cinema, however odd and ephemeral. 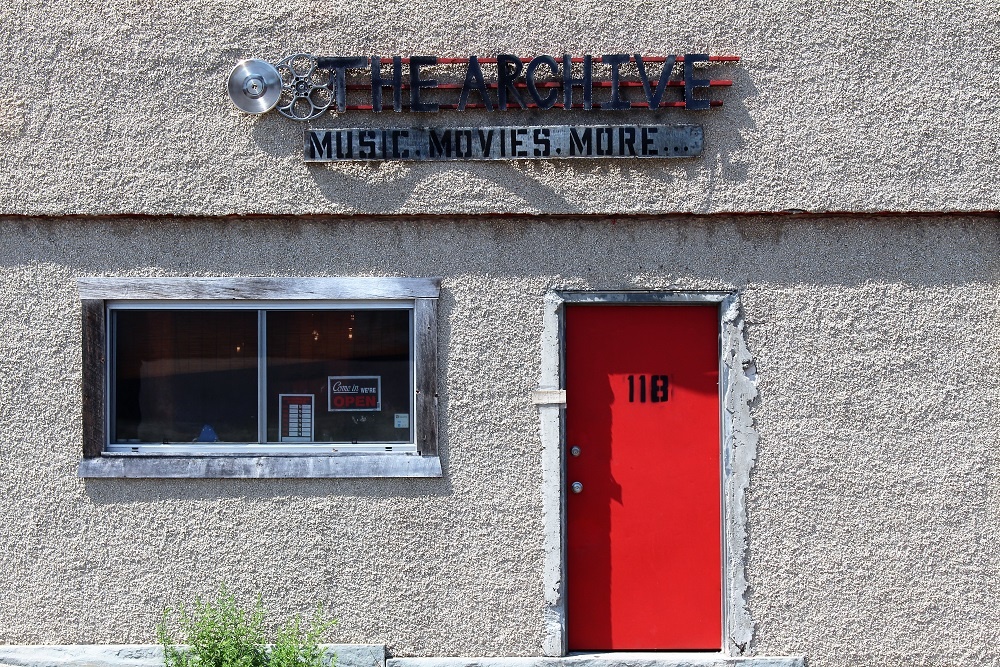 The entrance to The Archive.

“This is the worst format that ever existed,” Upson’s friend Bryan Brown said with a smile, gesturing towards the stack of all-but-obsolete VideoDiscs cataloged alongside rows of used records (Highway 61 Revisited, The Best of Dolly Parton) and genre-film LaserDiscs (Chinatown, Dead Alive). “I’ve been thrifting for years, and I’ve never found a player for one of those.”

The Archive is good for that too: making the fun, floundering, and grotesque aspects of movie history available for all to consider, the more misshapen and entertaining the better.

Old film reels, film canisters, movie box sets, and framed promotional posters fill out the rest of the wall space alongside a monitor continually playing the exploitation flick or sci-fi caper or monster movie of the clerk’s choosing.

(As this reporter walked in last Sunday afternoon, Upson had just popped in an unmarked VHS that turned out to be Ridley Scott’s 1979 Alien, leading to a friendly debate between Upson, Brown, and their mutual friend Ian St. John over the relative merits of Alien³ and Alien: Resurrection.)

The VHS shelf in the back room of The Archive.

In the back room, a floor-to-ceiling shelf of VHS tapes stands alongside free-to-play arcade games, movie soundtracks, horror movie t-shirts, and drawers upon drawers of “one sheet” promotional posters for movies like Night of the Living Dead and The Burned.

But The Archive is no Blockbuster, and the movies that line its shelves are not your typical Hollywood fare.

“We want to focus on movies and soundtracks you don’t really find in stores,” Upson said. “The non-mainstream stuff.”

As a restoration company, Vinegar Syndrome focuses on cult, horror, exploitation, and pornography films made between the 1960s and 1980s: everything from the Ozploitation psychodrama Possession (retitled in the United States as The Day After Halloween) to Rudy Ray Moore’s Blaxploitation classic Dolemite. 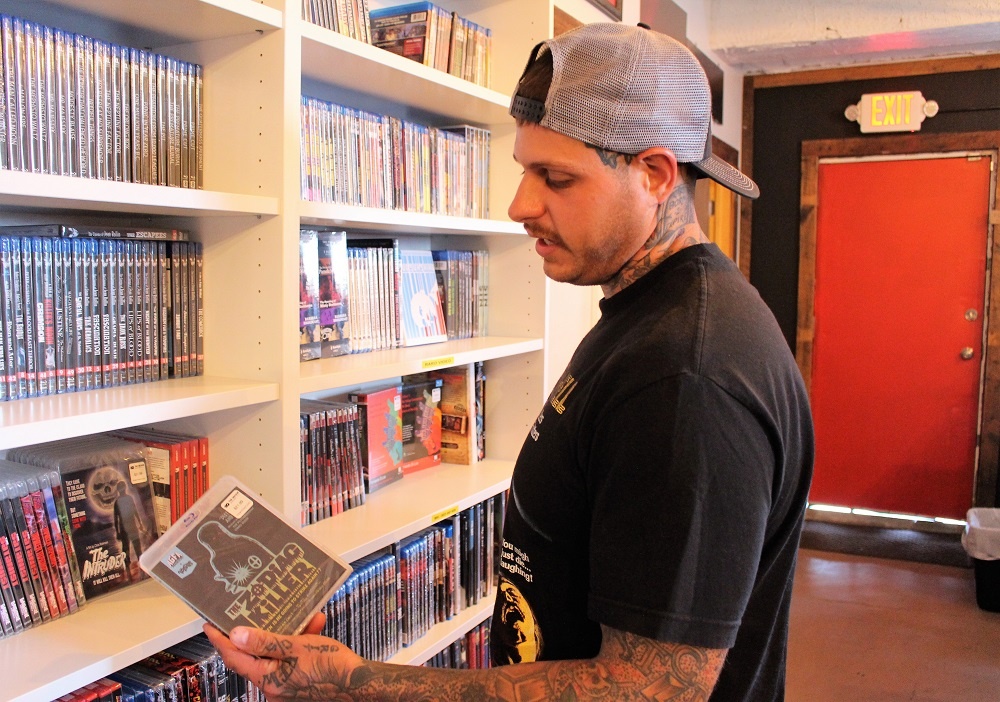 But the movies for sale range far and wide, spanning the history of exploitation cinema, and therefore the history of cinema itself. Kino’s shelves stocked the silent German film Sex in Chains (1928) as well the 1970s vampire films of director Jean Rollin.

Brown, 28, who has been collecting horror movies and ephemera since he was 10, pulled a Blu-Ray of 1971’s The Zodiac Killer from the shelves and confessed that, while this grindhouse version’s accuracy and cinematic prowess pale in comparison to David Fincher’s 2007 take on the same story, he had no compunctions about giving it a second, third, or fourth watch.

A few shelves down, Upson pointed to a recently restored version of The Undertaker, the last film by Maniac star Joe Spinell, which was finished but has never before been released. The movie had been re-edited a number of times, Upson said, and had a reputation for being financed, not unlike other quick and cheap exploitation films of the era, by mafiosos looking for a tax write off. 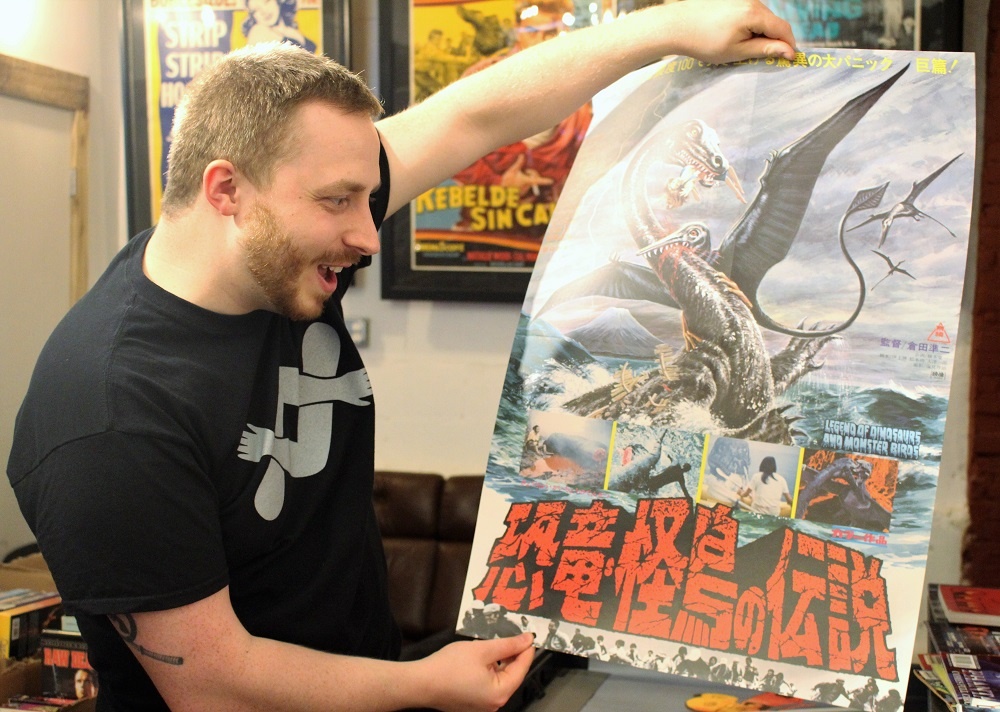 Upson shows off a kaiju one sheet.

In the back room, Upson unfurled a “one sheet” of a Japanese kaiju flick that featured a giant aquatic reptile struggling against an airborne opponent with some very sharp teeth. In another drawer of the same filing cabinet, Upson gestured towards his favorite print: a wide, desolate, blisteringly white Antarctic landscape with the lone red dog from John Carpenter’s The Thing.

“We’ve had people travel to the store from Pennsylvania, New Jersey, Rhode Island, New York,” Upson said. “And we’ve had a lot of locals too, a lot of people from Bridgeport. We want to build a space on this block for neighbors to hang out, because this part of town doesn’t really have that.”

In The Archive, downtown Bridgeport now has just that: a place for neighbors to hang out, talk about movies, flip through restored exploitation flicks and carefully preserved ephemera, and look up together as a scrawny little xenomorph pokes through the chest of an unsuspecting astronaut. 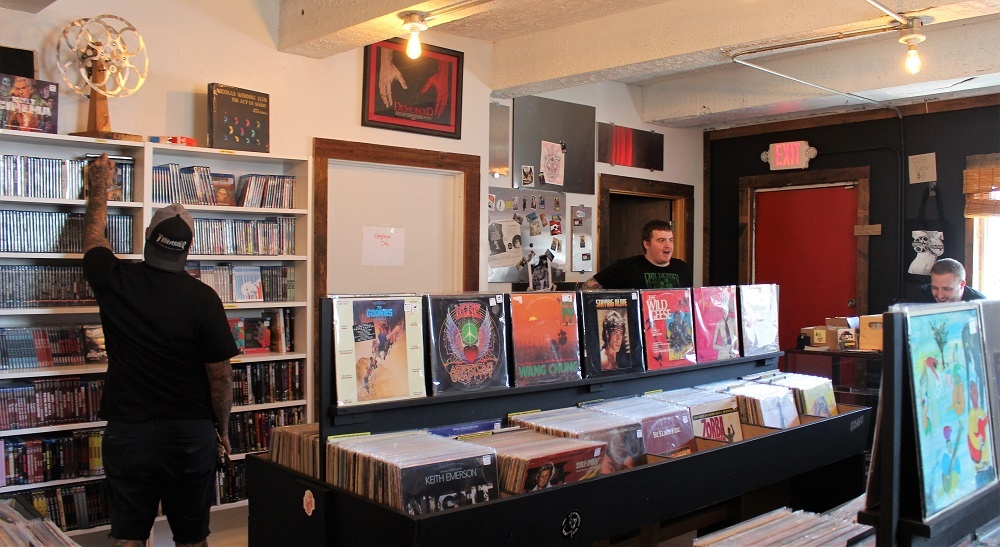