(Updated Aug. 21, 9:30 p.m.) Six days after deciding to go public with an appeal for support, Best Video Film & Cultural Center (BVFCC) has raised enough to keep its doors open for the foreseeable future — and is continuing to ask for help.

That news came in an email, sent from the BVFCC board, to members and supporters Monday evening. After a public call for help went out last Tuesday, the nonprofit received "almost $18,000" from individual donations and new or expanded membership plans.

"These funds enable us to pay off all our outstanding bills and to start building a cushion for the rest of the year," the email read. "This campaign has already substantively broadened our base of support in the community."

In addition, the nonprofit is continuing its appeal for membership. In six days, the number of households enrolled has risen from 370 to 400. Board members said they are hoping to reach 450 to 500 members by the end of this week.

That will include new membership options. In direct response to requests from a New Haven area resident, the center is also creating a new option: the "Cultural Membership" plan, "for those who are more interested in the music and film events we offer than the movie rentals."

That plan "will cost $20 a month or $200 for the year and will entitle the members to attend any BVFCC event at no further cost just by showing their member card," the email stated. As of yet, there's no defined date at which the plan will begin.

"You are part of a community dedicated to keeping BVFCC as an essential part of the cultural wealth of the greater New Haven area."

A beloved Hamden institution has again found itself on the verge of shutting down, and is asking the greater New Haven community for financial help.

That not-for-profit institution is Best Video Film & Cultural Center (BVFCC), tucked into a small strip mall on Whitney Avenue. On Tuesday evening, board members sent out an appeal for fundraising help and individual donations, writing that “Best Video faces the very real threat of having to shut our doors” if immediate financial action is not taken.

“What happens in the very near future will determine whether Best Video Film and Cultural Center will close, will limp along, or will soar,” it continued.

BVFCC’s financial troubles started in June, when General Manager Richard Brown found himself looking closely at the organization’s budget (Brown did not respond to requests for comment on BVFCC’s annual operating budget by the time this article was published). 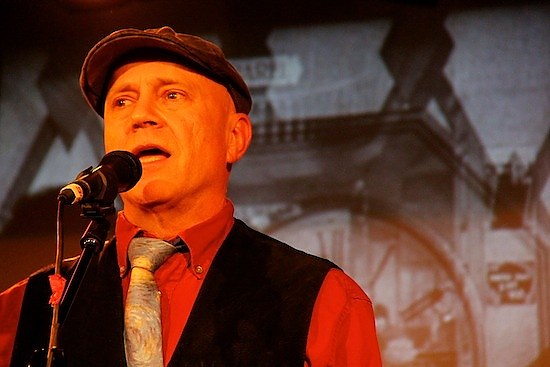 Hank Hoffman at an April 2015 gala and fundraiser for BVFCC.

Brown found that BVFCC owed (and still owes) $12,000 to cafe vendors like Willoughby’s and Bread and Chocolate. In addition, Brown noted that rent, utilities and payroll weren’t sustainable; monthly donations needed to hover around $4,700 to break even. For the past 10 months, they’ve been closer to $3,500. A surprisingly successful Great Give this year, bringing in $12,822 with 192 individual gifts to the organization, is still not enough to fill that gap.

The organization also owes money to Hank Paper, from whom the board purchased BVFCC (then still a for-profit store) for $50,000 in November 2015. At the time, the board paid $10,000 to Paper, arranging to pay the remainder in installments between 2016 and 2018. In March 2016, BVFCC began paying Paper in $1,000 monthly installments. In July of this year, those became $2,000 installments, which the organization will have to pay until June of next year.

“If we can get through next year, we’ll be okay” said Hoffman, reached by phone Tuesday night. He added that “we knew it was going to be tight,” but perhaps not so tight. 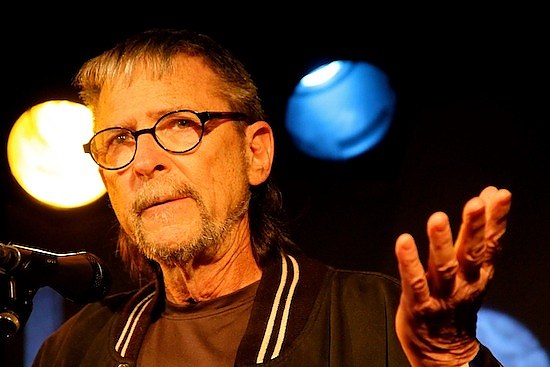 Hank Paper at an April 2015 gala and fundraiser for BVFCC.

It’s services like Netflix, Hulu, Amazon Streaming and HBO Go that have contributed to BVFCC’s financial woes. While Hoffman and others “thought there might be a floor to that [trend],” there hasn’t been — rental numbers keep shrinking as streaming services expand, and people stay at home to watch movies. In past years, Best Video has seen a small boom in summer rentals, when kids are home from school and families tend to have a bit more time together. Not so this year.

Best Video was first founded by Hank Paper in 1985, as a video rental store in Hamden’s Spring Glen neighborhood. The original collection was small but thoughtful: 500 videos, all of them carefully curated by Paper. In the 1990s, it moved into a smaller version of its current location at 1842 Whitney Ave., moving again before the end of the decade. Then in 2001, Paper bought the Whitney Ave. property that had once been the store’s home, and remodeled it to house more movies.

Business was very good, for a while. But then video rental stores began to shutter, outmatched by widespread use of the internet. Paper’s sale of the building in 2014 signified the beginning of real financial hardship, said Hoffman — and sounded the alarm for a new kind of model.

“We saw several years ago that we needed to diversify and offer something broader to the public.,” said Hoffman. So they did, adding more concerts, public movie nights, and forums to their monthly calendar of events.

In November of 2015, Best Video reopened as a nonprofit, temporarily joining forces with the Institute Library in hopes that a new membership model would give way to financial stability (that partnership no longer exists). 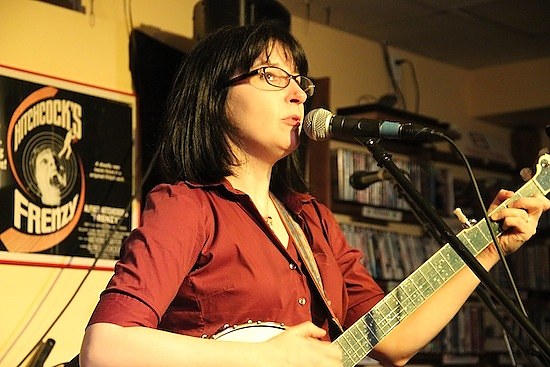 Since, 370 households have enrolled as members, paying between $120 (one movie per week) and $240 (two movies per week). But Hoffman estimated Tuesday that the organization needs “a target of 200 additional members over the next few months in order to have enough recurring revenue to cover our current operating expenses.”

Tuesday's appeal also noted that "Richard Brown says raising $20,000 would catch us up with bills currently owed to vendors. Even better, BVFCC Board of Directors President David Margolis points out that raising $50,000 would enable us to also pay off the remaining debt to Best Video founder Hank Paper and establish a financial cushion that would facilitate expanded community programming and improvements to the physical space."

For Hoffman, those funds amount to something priceless: a concrete, social oasis in a tangled, global web of social media, streaming, and single-user technology. Tuesday night, he recalled starting a job at Best Video in 1994, and then choosing to stay on in 1996, after he was hired as a full-time reporter for the New Haven Advocate.

“Best Video was always very community oriented … even in the 1990s, it was sort of a throwback to the way things used to be,” he said. With so much of life retreating into the virtual world, we offer something … we’re offering real world cultural gathering places.”

“That’s what we’re asking for support for."