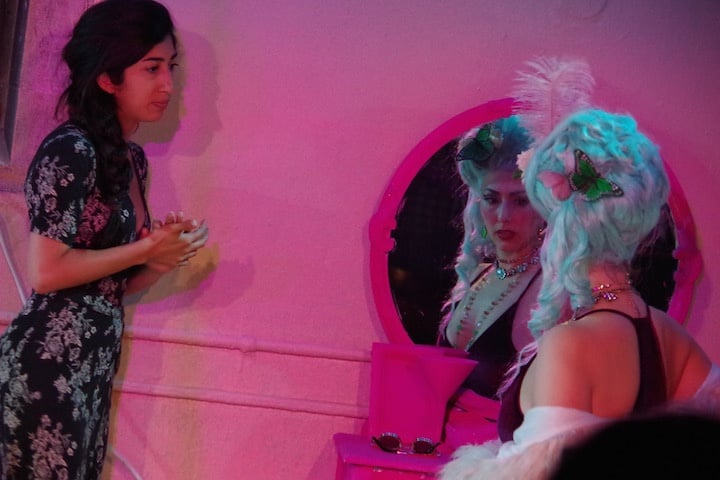 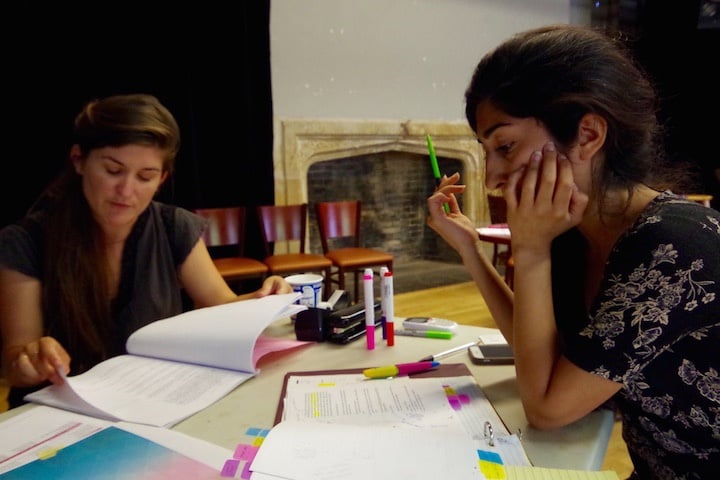 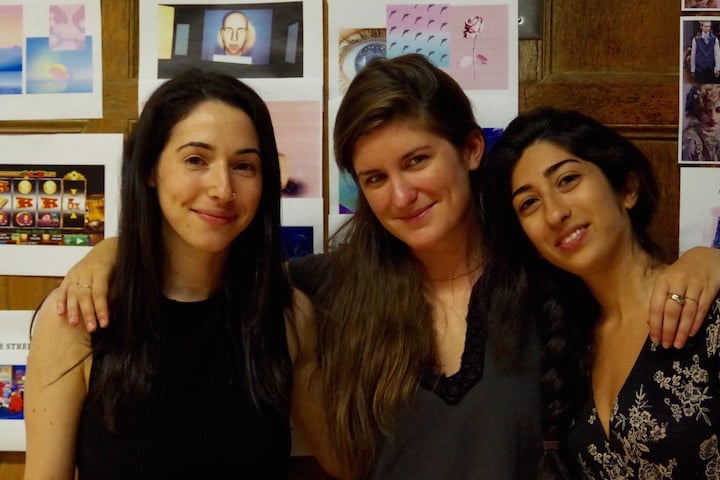 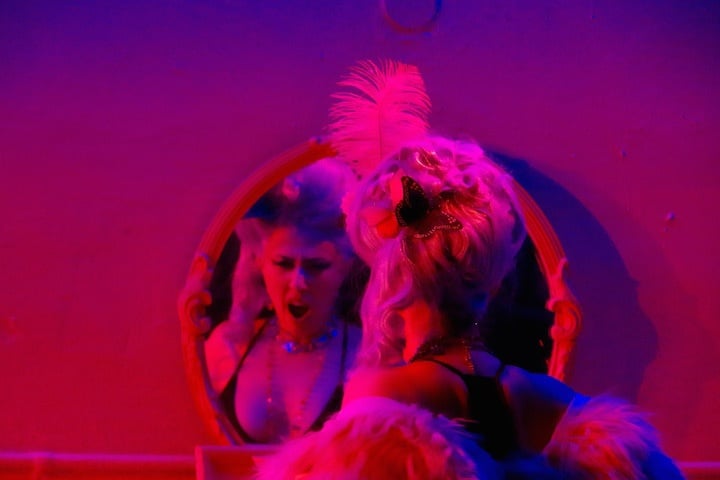 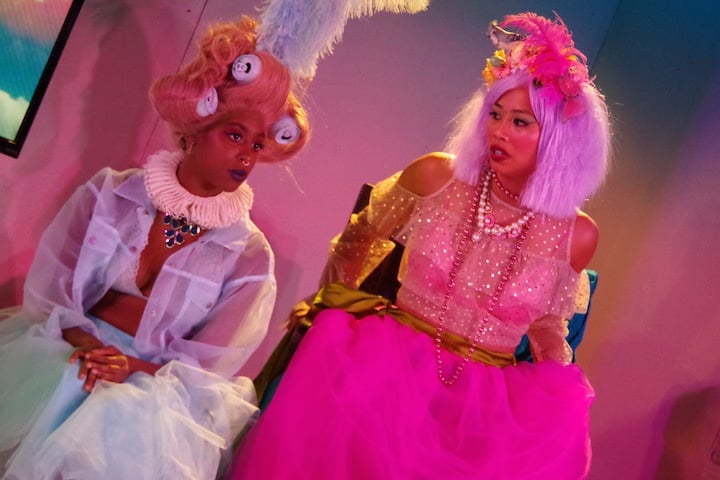 Bordeom, then disarray is breaking out in England, which isn’t England at all anymore. Pink ice cream cones beckon and drip on an equally pink background. Big Bird, reign supreme of Sesame Street, sashays into the Shakespearian psyche. A new generation of kings and queens come forward, ready to tear down the fourth wall with their teeth. What could possibly go wrong?

So unfolds Young Jean Lee’s funny, irreverent and sometimes sobering LEAR at the Yale Summer Cabaret, the fourth and final show of the season. The last installment in a season of adaptations, the work runs Aug. 4-6 and 9-13 at the Cab’s Park Street theater.

More than an adaptation of Shakespeare’s heralded King Lear, LEAR is an expansive reimagining of its world — and ours. Written by Lee in 2010, LEAR starts with the next generation of Lears, when King Lear and power-hungry Gloucester have been banished from the land, and effectively wiped from the slate.

Lear’s daughters Goneril, Regan and Cordelia — all played by women of color, as outlined in the script — pick up the narrative thread, desperately feeling out its knots and kinks for a sense of propulsion. The scrupulous Edgar and Edmund we once knew are back, and struggling under the weight of what it means to be good. Gender blooms into a war unto itself, with characters turning on each other for what they want (or what they think they want). Not too far from Shakespeare’s text, if freshly existential. Right?

Not right. No sooner have we entered LEAR’s universe than the work begins to go off the rails. Everywhere, boredom and excess build, exposing the characters at their darkest and most unbecoming. Actors, wrestling with the very fact that they must be, begin to break down barriers with the audience, venturing out to talk to its members for long, unbroken monologues. As the play spirals into doubt and disarray, Big Bird enters the fray, and is only the first in a series of wild, wacky interventions that bring this sumptuous world crashing down.

Three performances in, the season has been filled with these sort of reminders — history is a continuum, on which its characters can come stuck and unstuck, written and rewritten. After reading LEAR last year for a class, director Shadi Ghaheri chose the play for its central question: Why are we here and what are we responsible for?

“I think that this work doesn’t have a God,” said Ghaheri, a rising third year at the Yale School of Drama, at a tech rehearsal before the show opened this week. “ And if it doesn’t have one, then how should we live it? And what are we responsible for throughout this life?”

In the script, she said, she saw an opportunity to present the audience with the season’s greatest challenge yet: to find in themselves the ugly things that lurk beneath the surface, the base urges that spring from overload, disengagement, want and apathy. To still have room for the quirk, audacity and nuance of the piece, which she bills as “my first comedy ever.”

“It’s like giving a little girl so much candy until she chokes. It should feel like that,” she said. “Like she’s so happy and then you give her more and more and more, and then she chokes because it’s too much.”

“You ask, what are we doing with our life? What am I doing? Is this what we want to do?,” she added.

For the cast and creative team, the play has meant ending on a note that is simultaneously fantastic, funny, and terrifying before heading back into the academic year. Stephanie Cohen has devised a cloyingly bright set, with the pulsing lights, loud sounds and rude projections from Krista Smith, Tye Hunt Fitzgerald, Kathryn Ruvana, and Yaara Bar.

It’s a piece that sticks, said dramaturg Ariel Sibert, both because of the specific period in which the cast and audience are living, and a certain timeless existential gravitas.

Part of that has meant taking LEAR from where it was in 2010, and updating it “to this current moment of an overload with consequences to the very nature of truth itself,” said Sibert.

“We have so much information that truth is suspect,” she said. “These things that we think of as generational, per se, are no longer generational. These characters are fundamentally bored, and I think that’s one of the most fascinating things about our current moment — we have more and more and more to consume, and yet we’re continually bored.”

“How do you work on a play that reminds you of your very secret worst self?,” she continued, her hands springing out before her. “You can’t look directly at it because that would be like looking in the mirror when you’re high.”