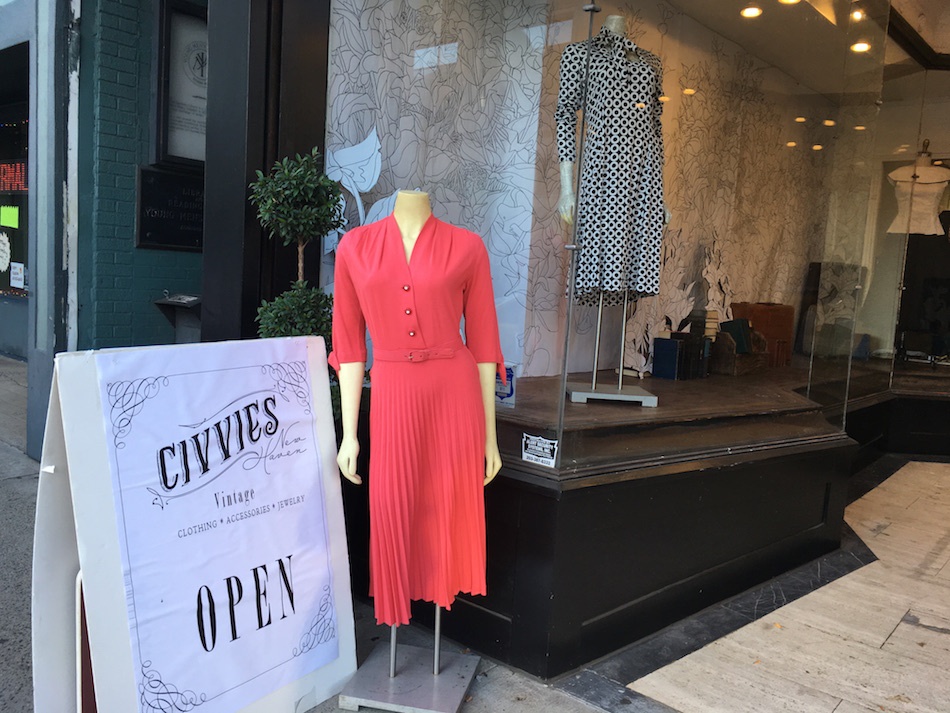 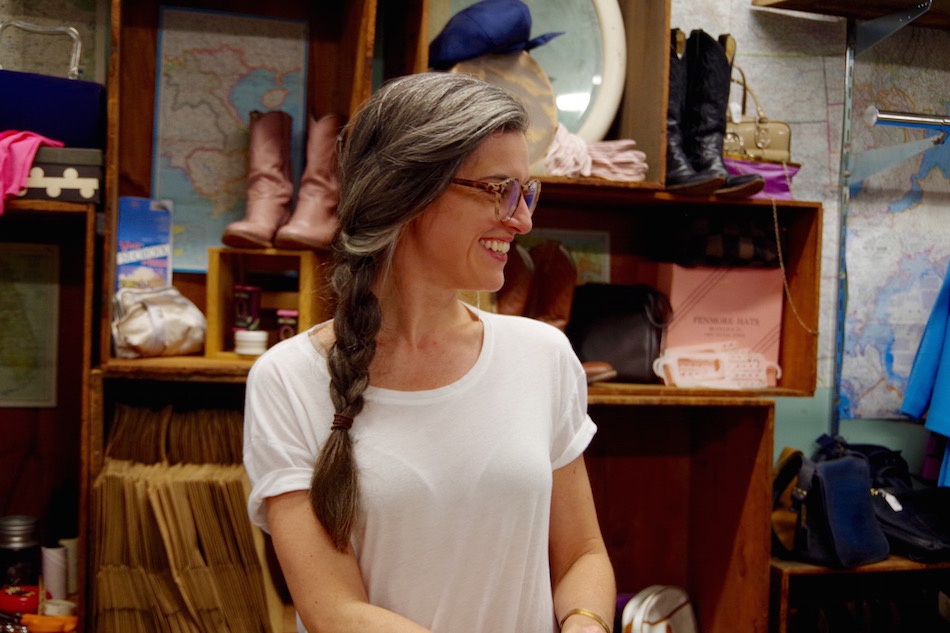 Maybe the first thing you’ll notice is a gold and silver brocade dress, glinting under a nearby light. Or a tight little number in red wool, nearly weatherproofed for a coming New England winter. A pair of sleek pink gloves hangs just above shoulder height, begging for hands to slip onto. A little further back, a tie in bright blue and red silks winks out from its place on a rack.

They are all part of Civvies, a new vintage clothing spot at 845 Chapel St. Operated by EBM Vintage Owner Carol Orr and assistant Alyssa Breeden, the shop separates out EBM’s new-old clothing from its sale of vintage furniture, appliances and knick-knacks for the first time in a decade. After a soft opening early this month, the store is having an opening party and EBM Vintage 10-year celebration on Sunday. 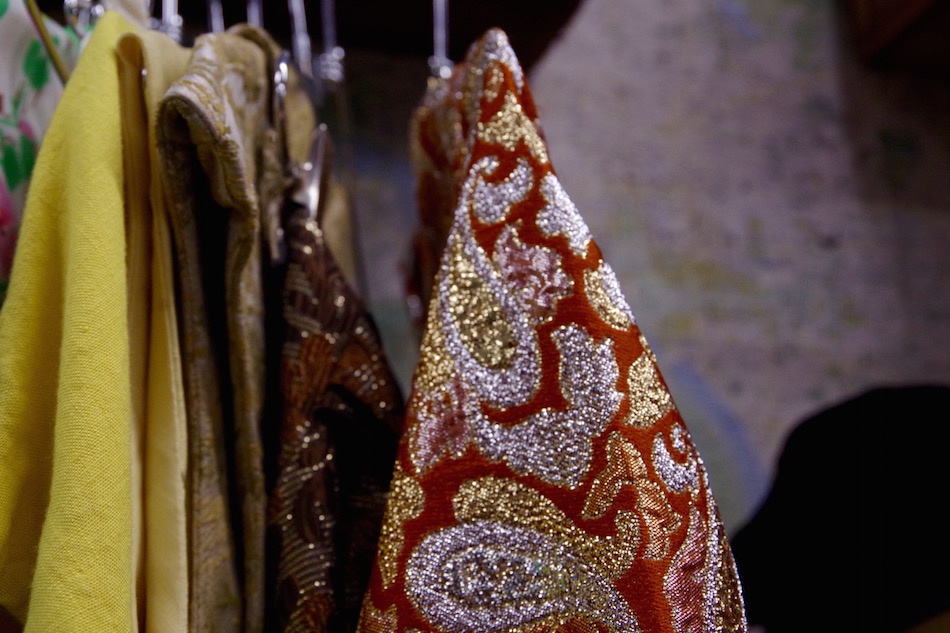 The idea has been months in the making, Orr said in an interview Wednesday afternoon. It started when a family contacted her with a potential clothing haul that came from four sisters, the last of whom was moving into assisted living. The family couldn’t keep the clothes, and they were willing to sell it to Orr for a low price if she bought everything. 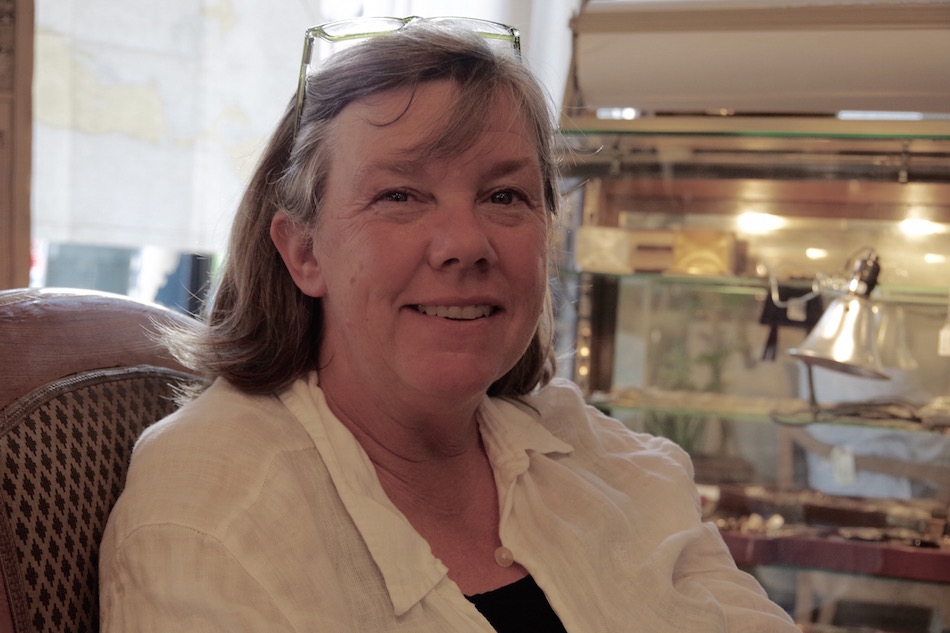 Carol Orr: I can do this.

Orr took the deal, coming into over 1,000 pieces of clothing—mostly dresses, but also sweaters, pajamas, coats, house dresses and jewelry—in one purchase. Her small, manicured space at the back of EBM Vintage wasn’t large enough to handle all the clothes. Neither was her backroom, used as a theater space for New Haven Theater Company throughout the year.

She also knew that the Institute Library’s (IL) downstairs space was vacant, and that the organization was looking for a tenant who would be a good neighbor, promote accessibility, and brighten that stretch of Chapel Street between Church and Orange.

As IL Director Valerie Garlick and the board weighed offers—a cell phone store or vape shop, which Orr called “really the nail in the coffin”—Orr asked if she could rent the space for a couple weeks instead. By the time she signed on officially with the IL in April, the weeks part had turned into months.

But so far, customers have been slowly trickling in. Already, she said she’s realizing that “it was a really good idea to separate the clothing out of EBM and make it a separate shop.”

“I’ve had incredible response,” she said. “This is like a brand new clothing store … people can now go to both places with a different agenda. I think it’ll bring in a different clientele.”

In part, that’s because Civvies actively tries to remedy some things that went wrong with EBM’s display of clothing. In the new shop, there are two spacious dressing rooms with thick brown curtains that pull shut, and mirrors and lights for people trying things on. 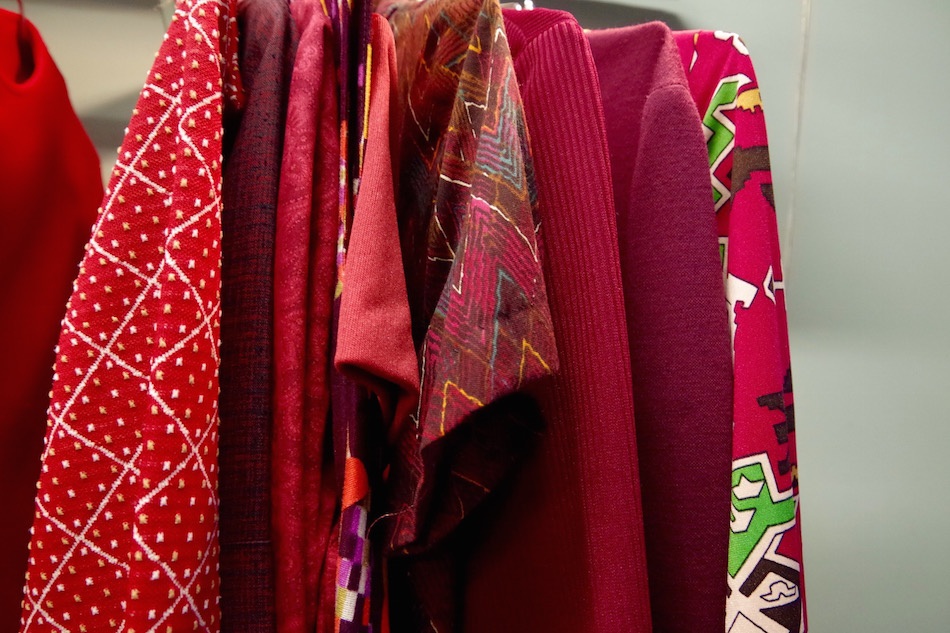 In a main area, Breeden has arranged bright racks of clothing by color, fabric and pattern. Neat chests and shelves for jewelry, hats, gloves, shoes and costume pieces are stowed at the sides of the store, shiny punctuation marks in a sea of clothes.

Orr said the store also gives her a place to bring out several delicate Edwardian pieces that she never displayed at EBM, concerned they’d be destroyed by handsy shoppers. Given a second clothing haul that came in during the summer months and an Easy shop interested in getting rid of its clothing section, she added that she’s glad to have the space. 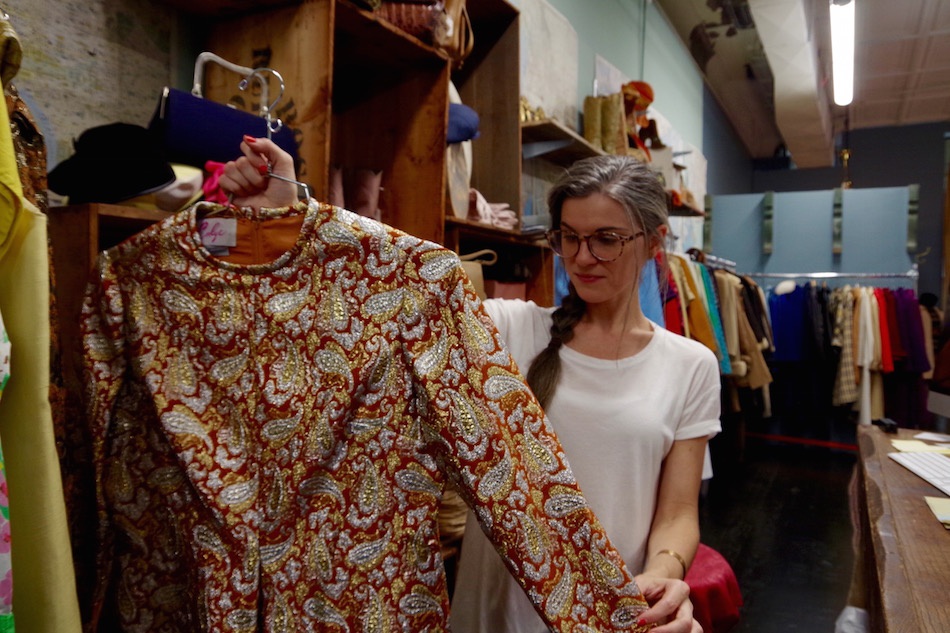 Breeden: A one-stop shop for alterations and fashion advice.

Breeden, who is running Civvies under Orr’s guidance, only moved to Connecticut a month ago, as her partner began his degree at Yale’s School of Public Health. A seamstress and professional fashion designer, she and Orr “met” over Instagram and Etsy, as they followed each other’s businesses. When Orr posted that she was hiring, Breeden volunteered herself.

She hasn’t regretted it, she said. While the bulk of her time is dedicated to organizing the shop, sewing on buttons, and mending hems or seams, she called working in the store a bit of a dream job, where she gets to imagine and reimagine outfits. While the shop currently uses 1200 square feet, the downstairs section of the building is 4,000 square feet, and Orr envisions it ultimately housing a photo studio, workroom, workshop and hopefully instruction space.

For now, Breeden is just taking it in as she comes. As she did a loop around the store on Wednesday afternoon, she held a thick, gold dress to her chest.

“Isn’t this ah-mazing?” she asked. 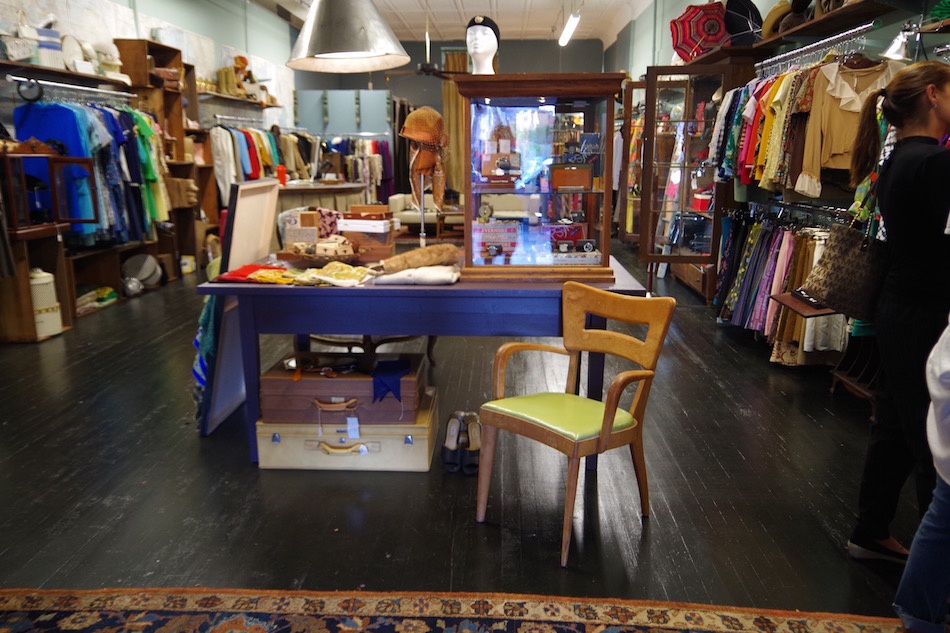 Reached by phone on Thursday afternoon, Garlick was equally enthusiastic about the project.

“I think it’s really great for us,” she said of the Institute Library’s newest tenant. “We’re so happy because she complements our eccentricity and our flavor. she has been a fan and supporter of the library and has been for a long time, and it’s really fantastic what she’s doing.”

“She’s like an artisan,” Garlick continued. “She’s got an eye, she’s got a style. It’s in line with Artist & Craftsman, Devil’s Gear, Neville’s, Reynolds Fine Art. it’s in line with what makes our neighborhood great. We’re so hidden—it’s like our blessing and our curse. It feels like we’ve just grown legs by having Carol under us.”

Garlick pointed to one change the block has already witnessed: Orr doesn’t lower the metal grate in front of the store. Instead, she’s decorated the windows with windy, black-and-white floral designs by New Haven artist Ninan Lacey, and swaps out the models’ clothes on a nearly daily basis.

“It’s really welcoming to the community,” Garlick said. “She’s a supporter of our future endeavors to increase accessibility … she cares about where we’re going.”