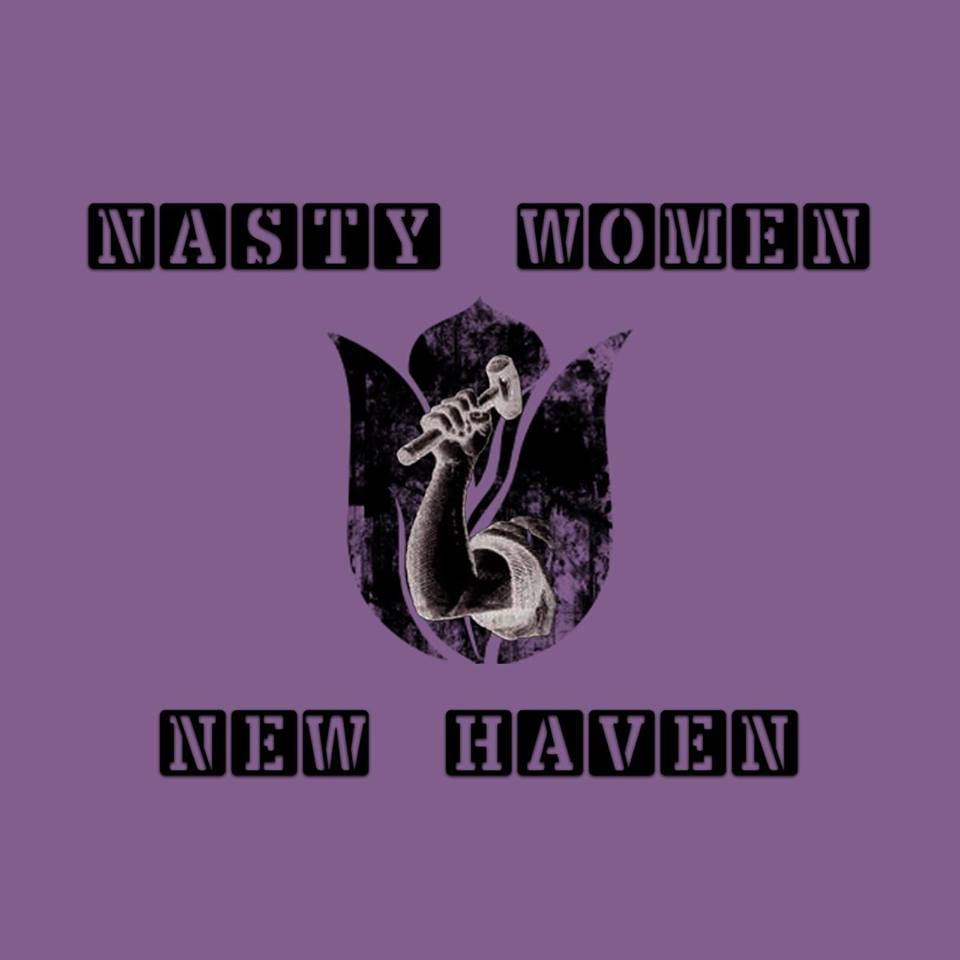 A new citywide film festival is seeking to get very nasty — and cede the floor to female and immigrant voices in the process. As Trump repealed Deferred Action for Childhood Arrivals (DACA) Tuesday, it was making the case for greater diversity and more local voices in Connecticut filmmaking — and hoping to hear from more New Haven artists.

It’s not McClure’s first time getting nasty. In March, she served as one of three co-curators of a “Nasty Women New Haven” exhibition. Since, she’s been at marches, protests and vigils around the city, where she always shows up with her camera in tow.

As submissions open and begin to roll in this month, I had a chance to catch up with McClure for The Arts Paper. Selections from our interview are below. To find out more and submit, click here.

If you could start with a little bit about yourself as an artist and organizer that would be fantastic.

I’ve been an artist a photographer for probably over fifteen years and photography has always been my main media. I’ve always been interested in women’s issues and activism, but I didn’t become as passionate about it until recently — when the administration changed completely and I realized that our rights, everything that every person, every generation before us has worked so hard to give us could be taken away. Not only for me, but from my children. I decided that I couldn’t just not do anything about it.

I saw that there was this national movement happening, starting in NYC, a Nasty Women exhibition and I decided to start one in New Haven. That was my first experience … really using the arts as a tool for activism.

How do you see New Haven tackling this issue, and why through this festival in particular?

As an artist I feel like the contribution I have to give is to shed light on those issues by using the arts. I think the arts also are in crisis at the same time. I feel like it’s important to show people the relevance of it and that we can use the arts as a tool for social change. New Haven, it’s the perfect place for it. The arts are so strong here, but at the same time I feel that we could be doing more to utilize the arts to make a change that everyone can be part of.

Could you speak more about the relevance you just mentioned? What exactly is that for you?

I think now, more than ever, I think we can use the arts to really engage the community and give them an opportunity to speak up about what’s happening and what’s affecting them. I think in this case … [that means] any group that feels like they’re being personally marginalized under our current administration. Women, immigrants, and refugees.

You need to find the people that are willing to support the ideas, but that are also willing to believe in the cause — that the arts really can be utilized to make social change.

This festival makes me think of the Women’s March, and organizing in general alongside the issues that people run into with intersectionality and making sure that everyone feels part of it. You just mentioned that we could definitely be doing more, so, I’m wondering how your festival is going to approach intersectionality on all fronts.

With immigrants, refugees, with race and class. I think New Haven definitely has a very diverse community of people, but the arts community--from what I’ve gathered-- is not the most diverse.  So, I’m wondering how your festival is going to approach this intersectional need when you’re trying to organize so many people.

One of the ways that we’re trying is that this time we’re using film, so moving image, as a way for people to tell their story. We’re inviting people to either tell a personal story or to create a narrative in any way. The guidelines are very limited: we’re only specifically asking people to focus on women’s issues, immigrants, and refugees. These are current issues that need to be talked about. Especially because by people sharing stories or telling, its one way for us to maybe educate everyone that this is something that we need to be talking about.

There’s too much separation happening. And, hopefully by people sharing stories, by doing our part, it’ll bring us together a little more—as a nation—in general. I hope to … achieve this with something as simple as a film festival. And to bring understanding to local organizations that are very important, that need funding, that need our help, that also need to be understood.

Planned Parenthood, Make the Road CT, IRIS. These are local organizations, nonprofits, that could be gone, but they’re needed.

McClure, at this point, pointed to the value of an open call for submissions.

We’re not even saying “Oh, you have to submit in this format.” No, I don’t care if people do a film that’s 15 seconds on their iPhone. It’s about giving people a chance to have a voice. And if they want it, we’re opening the way. Ijust hope people will do it.

What kind of stories do you hope to get?

I think film has been very successful in doing that in the many years that it’s been around and I’m hoping to bring forth such power. I think that’s all we can really do, we could also just sit down and do nothing.

Every bit of action matters. We’re just trying to do our part and we’re hoping people understand a need for this to happen. I hope they join us, support us, come to the opening, listen to these stories, submit the work, and continue the dialogue--openly.

That’s interesting that you said you’re hoping that people come. Is there a particular group of people that you really hope to extend this festival to?

I think that everyone that seems to be opposed to these issues, those are the people I’m hoping to reach.

Which issues in particular?

Reproductive rights, immigrants, refugees, and the idea of making a sanctuary city. The idea of deportation.

I hope people that are opposed to that, the ones that are opposed to women having a right [sic] over their own bodies, people that don’t even understand this film festival or [why] making art is even relevant in a political sense. I hope these people come whether they’re curious or whether they feel they’re desperate or cause they just want to see us all come together.

This past election has definitely enhanced or rather revealed divisions in the country. How will this festival extend itself to people who still support President Trump or even people who regret supporting him? How will this event get to them?

I think every single person knows a person they don’t agree with. I think we all have a family member, friends that have a different stance on what’s happening right now.  I think we stopped talking about it or talking to each other because of that. Hopefully this will create a common place for people to see that there are people being marginalized right now and they shouldn’t be marginalized because of their differences.

We’re more connected than we think we are, and I think we need to be able to see that and realize what we’re teaching our future generations. So I’m hoping to shed light on these issues,. I’m hoping to create a place where people can at least listen to stories and maybe bring them closer to each other, so that we can make a change at least starting in New Haven.

I don’t think you can make a global change without starting in your own neighborhood, in your own city. Does that answer the question?

I worry that when people take on political projects it’ll be one sided, and I try to be as understanding as possible of the “other sides.” All the opinions that come in and validate or reinforce a collective perception or ideas. Film can be so grounded in tropes, what we’re familiar with when we watch TV or a movie, but when its hyperlocal it’s possible to teach one another a bit more about our own communities.

Do you think this will get to the greater community or is this going be central to the art community? Will you be able to reach out to the least likely participant, that isn’t in the arts community in addition to artists?

I think we’re going to be able to reach out to the entire state of Connecticut. I’m hoping we get submissions from all over the state. I’m hoping we get people that are not artists. You don’t have to be an artist to tell stories.