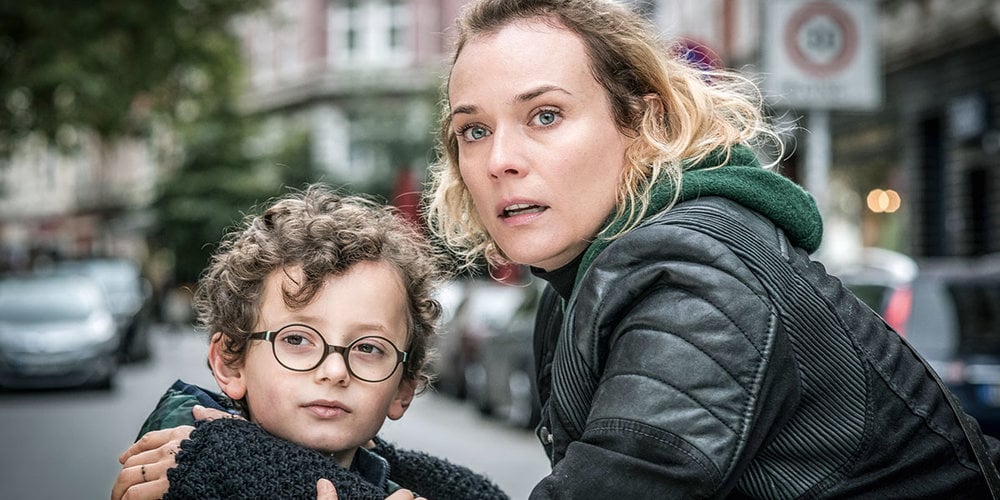 Day One at the Toronto International Film Festival (TIFF), and I find myself entangled in movies that explore the seemingly endless capacity people have for inflicting harm on one another. Deliberately, sadistically, sometimes with understandable motivations, but all too often for no good reason at all.

TIFF is a sprawling 11-day, 340-movie film festival that includes everything from Hollywood prestige pictures to low-budget indies to obscure international arthouse cinema. No one critic can catch every screening on any given day, so please take this post as reflective of one particular critic’s experience at the festival thus far.

That said, the movies that I saw Thursday were rife with violence. Not gratuitous, shoot-em-up, summer-blockbuster-backdrop carnage, but violence central to the development of each story and to the relationships between each characters. Violence used to understand and comment upon American race relations, global terrorism, the resurgence of white supremacism, trauma-induced-revenge fantasies, and even the arbitrary tyranny with which some parents rule over their children.

Here are a few thoughts on violence in the new movies Mudbound, In the Fade, and The Killing of a Sacred Deer, which all screened on the first day of the 2017 Toronto International Film Festival. Look out for them when they come to a theater near you later this year. 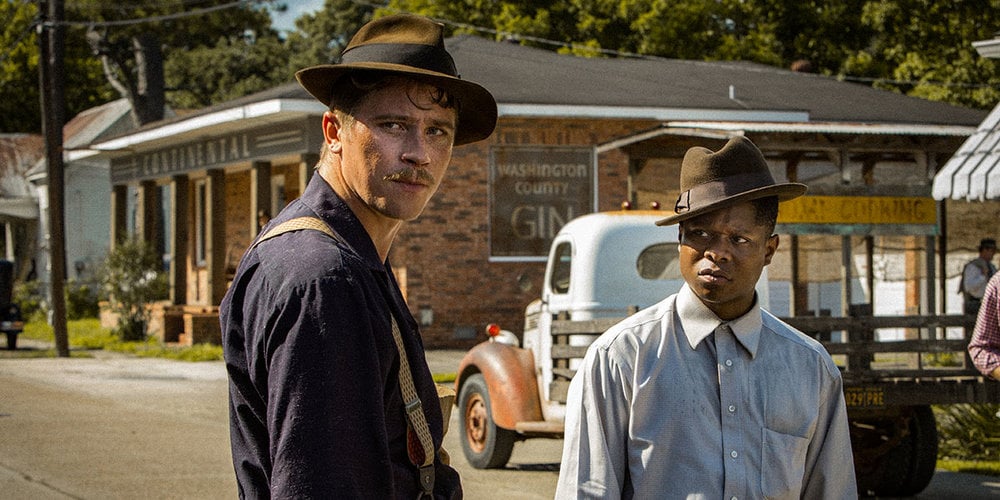 Mudbound, a new movie from director Dee Rees and adapted from the 2008 novel by Hillary Jordan, explores one extended moment in that long, violent history through an examination of two families living in parallel in 1940s rural Mississippi.

The McAllans are descendents of white landowners and slaveholders. The Johnsons are descendents of African American slaves and sharecroppers. Rees follows the McAllans, led by the recently married Henry (Jason Clarke), as they move onto a 200-acre farm in southern Mississippi where Hap Johnson (Robert Morgan) and his family have been living and working for generations.

Henry’s younger brother Jamie (Garrett Hedlund) and Hap’s oldest son Ronsel (Jason Mitchell) both enlist to fight in the European theater during World War II, and the two young men return to Mississippi at the end of the war with the same restlessness, the same PTSD, and the same willingness to befriend a man of the other race after having served in a newly integrated U.S. army.

Jamie and Ronsel’s friendship, however self-destructive it may be, flies in the face of white southern Mississippi’s racial hegemony, and white supremacists unwilling for any change to the racial status quo ensure that any challengers are promptly deprived of their health and well-being.

Mudbound takes the ambitious narrative approach of trying to put the audience in the head of half-a-dozen different characters, thereby offering six different, individualized perspectives on what life is like in apartheid mid-century Mississippi. The approach succeeds in underscoring the fractured element of this society, where each person finds company only in his or her thoughts, and can never truly trust or communicate with even a family member or a friend.

But the movie itself struggles under the wordy weight of all these voiceover narrations, with each scene bringing on another set of spoken explanations about characters’ experience of the world.

Far more effective is Rees’ amplification of the sights and sounds of this messy world: the sinking squish of the mud as the McAllans struggle to build a new home on the farm, the pounding, sloshing rain as they try to bury one of their own in what proves to be a grave already in use, the loud pops of rickety automobiles that recall machine gun fire during the war.

Hedlund, Clarke, Morgan, Jonathan Banks, Carey Mulligan, and Mary J. Blige all give strong performances that anchor the story in the individual actions, responsibilities, and consequences of racist violence in America 80 years after the end of slavery. But Morgan in particular steals the show as Hap, a man intent on raising enough money to buy some land and inure his family from the degradations and constant threats of Jim Crow Mississippi.

The compromises he makes, the violence he receives and witnesses, and the sorrow, ambition, and determination evident in every move of his body speaks to both the resilience and the fatigue that African Americans are capable of in the face of such a long and lasting national history of racial violence.

In the Fade, the latest movie from German director Fatih Akin, follows Katja Sekerci (Diane Kruger) in the days and weeks after the sudden death of her husband and young son. They were killed in a public explosion that took place right outside her husband’s office in a Turkish neighborhood of Hamburg, and Katja suspects that the bomb had been planted by neo-Nazis. The movie follows Katja through the trauma of the explosion and the loss of her family, the toll of her grief, the prosecution of the suspects, and Katja’s own subsequent journey towards revenge and reconciliation.

The sudden, arbitrary lethality of public terrorism and the resurgence of neo-Nazi political parties throughout Europe can inspire a range of extreme and contradictory reactions: abject fear and the urge to recede entirely from public life, but also anger and motivation to resist and even retaliate.

Kruger embodies that emotional dichotomy perfectly, playing Katja as a woman motivated by violence and death: of her family, to her assailants, and maybe to herself as well. Akin and cinematographer Rainer Klausmann explore every inch of Katja’s tormented psyche and body with camerawork that makes lying in a bathtub or sitting in a courtroom as visually dynamic as the storming of Normandy.

By the end of the film, Akin poses a simple, troubling question to his lead and to the audience: can one be redeemed through violence if that too was the source of one’s suffering? And even if not, how much should one resist that urge to retaliate in kind?

THE KILLING OF A SACRED DEER

Yorgos Lanthimos, the Greek director of Dogtooth, Alps, and The Lobster, is a master of surrealist satire that uses the absurd and the inscrutable to critique the most ordinary of human relationships. In The Killing of a Sacred Deer, his new movie starring Colin Farrell, Nicole Kidman, and Barry Keoghan, Lanthimos tells the story of an accomplished cardiothoracic surgeon (Farrell) and the impact that his ambiguous relationship with a awkward teenage boy (Keoghan) has on his wife and two children.

There is always a surreal, sadistic hook in Lanthimos’ movies, and here, to not give too much away, Farrell’s surgeon must watch his family suffer physically as punishment for his own past misdeeds. And the only way to relieve his family of such torment is to commit another vicious act of violence. 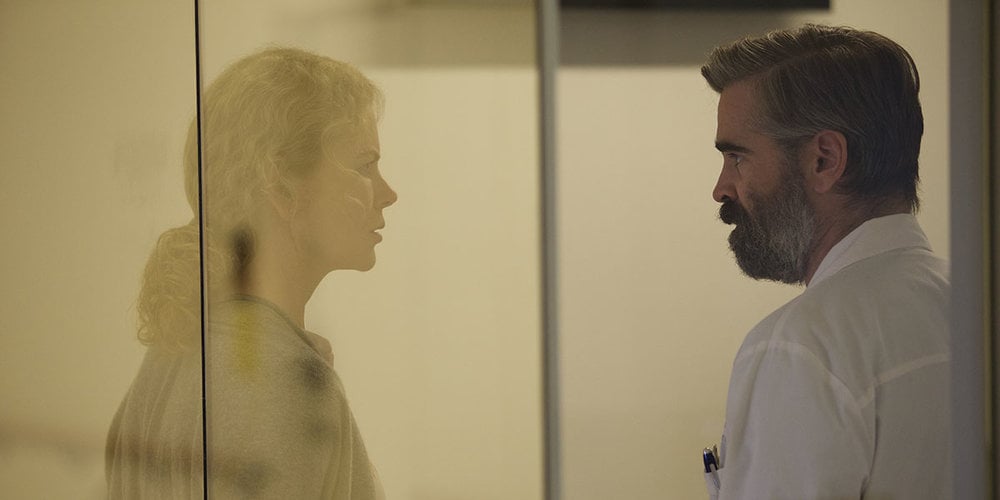 The Killing of a Sacred Deer lacks the narrative and thematic focus of some of Lanthimos’s best works, like Dogtooth and The Lobster. If those movies skewered isolationism and modern romance with a pitch-black satire that was as original and shocking as it was on point, Sacred Deer is loose with both its tools of discomfort and the objects of its criticism.

Nevertheless, violence is the animating force at the core of all family relations in Sacred Deer. The inscrutability of the body and the inevitability of death are not simply channeled into fear and uncertainty, but into acts of cruelty and violence as a means of exerting control over the uncontrollable. By the end of Sacred Deer, an act of violence allows for the brief sustaining of family bonds. But at what cost?