The Word Is Reborn 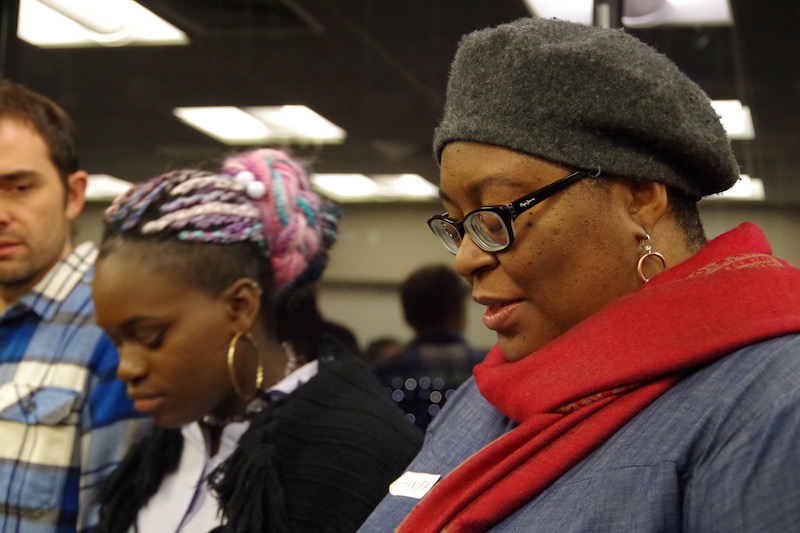 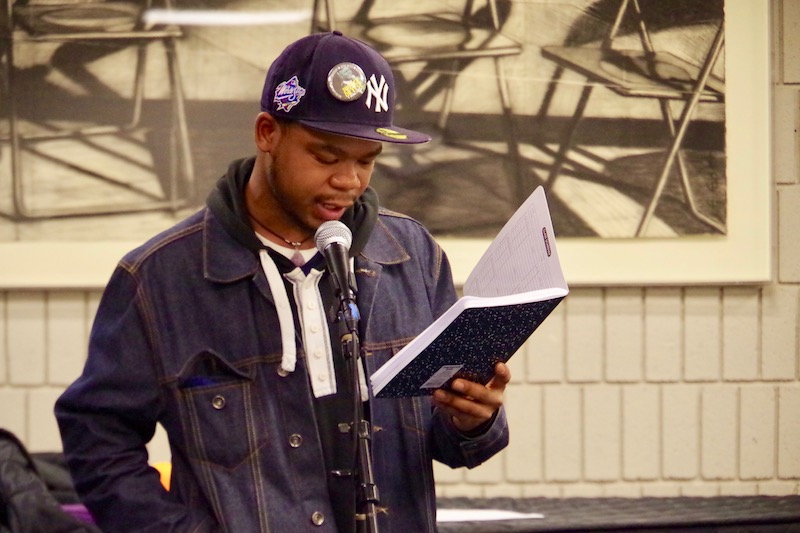 Troy Smith: “My soul is like an ocean." Lucy Gellman Photos.

Framed in the wall-length windows of Neighborhood Music School, Troy Smith was on a roll. Behind him, the human beatbox formerly known as Anton Kot stood at the ready, in case Smith wanted some accompaniment. Smith grinned, and leaned into the freshly penned words.

“My soul is like an ocean,” he began. “Ageless./Full of mystery and wonders./I wonder on what planet will I incarnate next.”

From the middle of the room, someone let out a deep Mmmmmm. Smith’s lines, quiet but steady, bounced off the walls.

“While I’m on earth/One billion lily pads rest on my water./Each representing realities that are represented by a choice I made or didn’t make./However these lily pad are foreign to me/Because I’m busy swimmin’ and preparing for the rain.”

An employee at ConnCAT, Smith was one of New Haven’s poets to celebrate the return of The Word, a youth poetry program that culminates in an annual spring poetry jam. Now in its sixth year, it has migrated its “Weekly Word Workshops” from the Institute Library to Audubon Street, where it lives at the Neighborhood Music School each Thursday from 4 to 6 p.m.

The workshops are free and continue through May 3.

Program Director Hanifa Washington said that she hopes to see young poets, rappers, and spoken word artists from all corners of New Haven—and the greater New Haven area—come out to write and perform. To the group, she predicted it would be an “amazing year of performing, writing, and creating community.”

This year, she and program co-organizers Aaron Jafferis and Salwa Abdussabur said they are trying to grow The Word further with new community collaborations, including a kickoff cypher, musical accompaniment, and visits from professional poets including Citizen author Claudia Rankine.

As the sun sank outside, more attendees trickled in, the room growing from a cluster of eight to ten to over twenty. In one corner, containers of falafel, guacamole, chicken, and clementine oranges sat for attendees to snag when they got hungry. At the room’s center, Washington warmed the group up with a freestyle exercise, in which attendees each added a sound to the mix. Stomping feet, clapping hands, chirps, whoops and three-note scales filled the room.

Throughout the session, Jafferis reminded participants that “The Word is censorship-free” as they jotted lines down in their notebooks and phones and prepared to read their work.

“If you do spit something that sparks something in someone else, maybe there will be another poem or another rhyme that is responding to it,” he added. 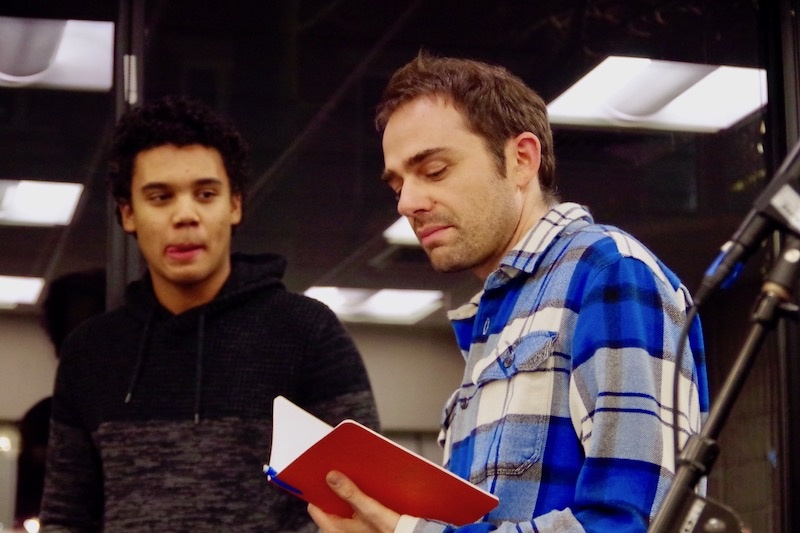 Aaron Jafferis, with student Anton Kot in the background. Jafferis said that this year will include more collaboration with musicians, thanks in part to the workshop setting at Neighborhood Music School.

He was speaking from firsthand experience. As the first session unfolded with warmups and a prompt, free writing time, and cypher, Jafferis had listened as a student dropped a rap including a line addressing women as “hoes.” Slow to chafe and quick to engage, Jafferis turned back to his own notebook, and tested out a few lines. He said he’d run the poem by the student. Now he wanted to read it for the group.

As he came to the front of the room, he turned to Kot and gave a little nod. A musician turned accompanist for the day, Kot nodded back, and then laid down a beat. Pppt t t t/Spppt t t t came from him, voice box turned into a stuttering record player.

“I need to lift off this naked fear I have/Of makin’ people pissed off at me/Look that fear in the eye and be like: ‘Get of of me’/But freedom comes at a cost and/fear that shit’s awful free,” he spat.

Little bursts of Yes! sprang up in different parts of the room, a semi-circle of seated bodies around Jafferis as he rocked and nodded to the beat. The room seemed to get warmer as they leaned in, eyes tracking where he was going to go next.

“So even if I see something that makes me itch in my clothes/Like a young man calling young women bitches and hoes/I’m likely to keep my mouth and lips stitched closed,” he continued. 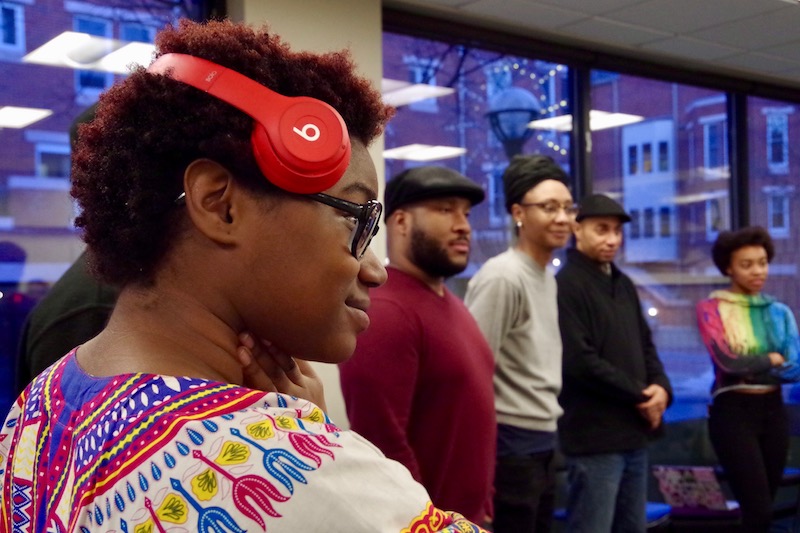 The first Weekly Word Workshop began with an exercise where attendees added freeform sounds, beats, and song-like melodies to a collaborative freestyle.

By now, members were swaying along to the beat in their chairs, hanging on to every word. Kot kept the beat going with a Rttt ttt ttt ttt/Rttt ttt ttt ttt in the back. Jafferis sprinted for the end.

“I wanna be open to you/But your piece/Makes the woman-loving parts of me be broken too.”

The room exploded in applause. Exchanges like this, Abdussabur said, were part of what The Word is all about.

“This is definitely a needed space in terms of yourself and your sound,” they said. “I don’t think there is anything else like it in New Haven.”