Connecticut Queens Drag Themselves To Yale

The transformation, in process. From Daniel Eugene's 2017 NHV Drag .

Patrick Dunn has a whole system when he transforms into Kiki Lucia. He packs: acrylic nails and long black lashes, cakes of powdered concealer and blush, eyeshadow, pencils for eyes and lips, contour cream. He shaves his whole body and double checks the music all the queens will need. Four hours later, she’s there, ready to perform.

He just never thought he’d bring her to the Yale Cabaret. Or that the Cab would be there, waiting, with an open stage and packed house for as many New Haven queens as it could fit.

But that’s the story this weekend, as the basement theater relaunches its annual Dragaret as a three-day festival with an eye toward the greater New Haven community. For the first time in its five-year history, the Dragaret will feature 16 New Haven queens on Thursday night, with Yale School of Drama alumni on Friday night and current School of Drama students on Saturday. Kiki Lucia will emcee Thursday’s portion.

The event is an annual fundraiser for the Cab, a small blackbox theater on Park Street that turns 50 this year. More information and tickets available here.

The collaboration began last year, when the cab’s 2017-2018 leadership team (read about them here) set a goal: interact more with the New Haven community, and bring in more New Haveners who had never heard of the Cab to the theater.

Last year, Managing Director Rachel Shuey met with Patrick Dunn, executive director of the New Haven Pride Center (NHPC) and a leader in the city’s rich drag community. She asked him what he thought of the Dragaret, and got an earful.

“I told her my experience of it was that it was less about the art form of drag and making it more of a spectacle,” he recalled in an interview. “They have access to all money, costuming, resources—it becomes all about ‘I can do these outfits,’ or ‘I can do these lights.’”

And, he told Shuey, he was willing to wager that he was in the minority of drag performers who had visited the Cab. A few years ago, he watched a Dragaret with mild horror, as students danced around in dresses, stiff wigs and high heels under hot, bright lights, lip-syncing to pop ballads and vintage hits. 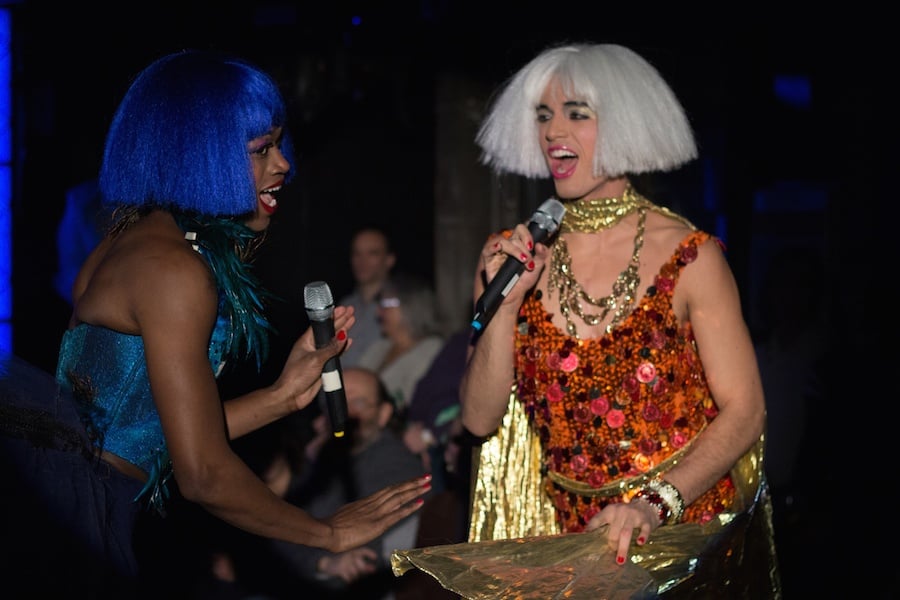 Then last summer, he caught Rory Pelsue’s drag adaptation of Antony & Cleopatra after actors Erron Crawford, Arturo Soria and Jakeem Powell attended “Let’s Have A Kiki” at Partner’s Cafe to learn the fundamentals of drag. Photographer Daniel Eugene had caught the essence of that night in a single shot: the three actors looking on at Kiki Lucia, mouths hanging open, no hinge to shut them back.

Whatever they learned there, Dunn said the performance was okay. But he maintained that it could have been so much more.

In Shuey, he found a receptive audience. A graduate of artEquity trainings—all of this season’s managers and artistic directors are—she had come into the year “inspired to think about: ‘What does the Cab stand for in the grander scheme?” 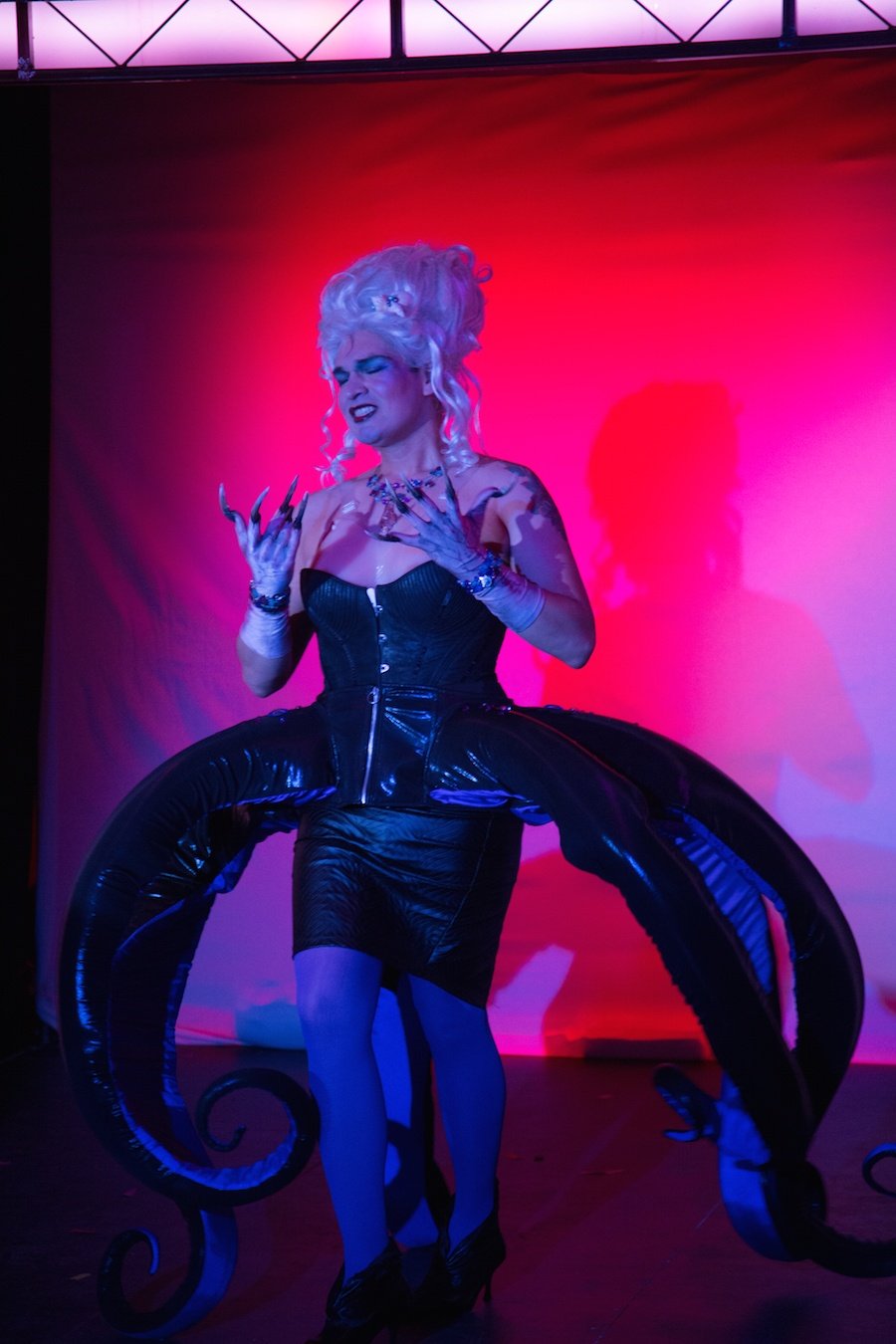 Then there was the Dragaret itself, which took a lot of time and resources for a single, stand-alone event and often ended in an actor dancing around in a dress and some lipstick, not transformed, grinding away at the history of drag beneath the high heels he’d strapped on for the night.

The two came up with two collaborations: an evening for the Imperial Sovereign Court of All Connecticut, of which Dunn is a member, in November, followed by a New Haven night at the new-old Dragaret in the spring.

Dunn spread the word, pulling in queens from across the state for the Dragaret performance. It was a fundraiser for the Cab, he warned them—so they needed to be prepared to perform for free. But in return, they’d be putting themselves on a stage where few non-Yalies had ever been. In all, he contacted 40 and got positive answers from almost half of them.

“I was like: It’s a great opportunity to perform in a traditional theater space for theater artists,” he said. “Which is good for you for an evolution of your drag perspective. For all of you.” 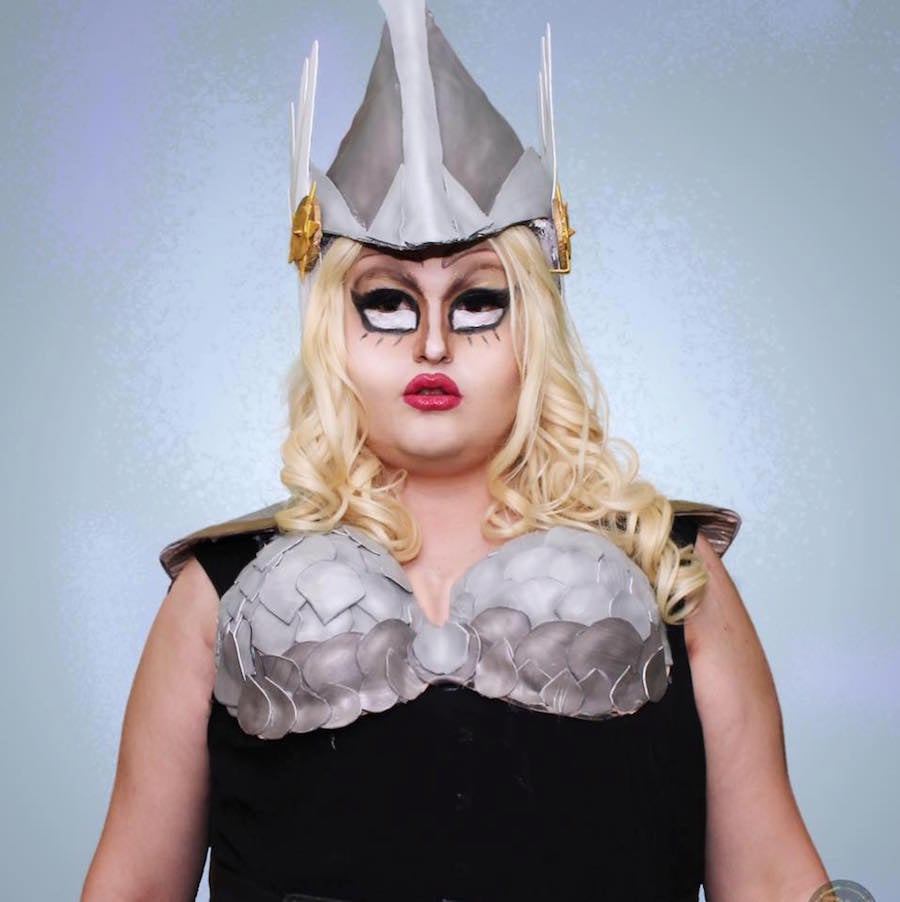 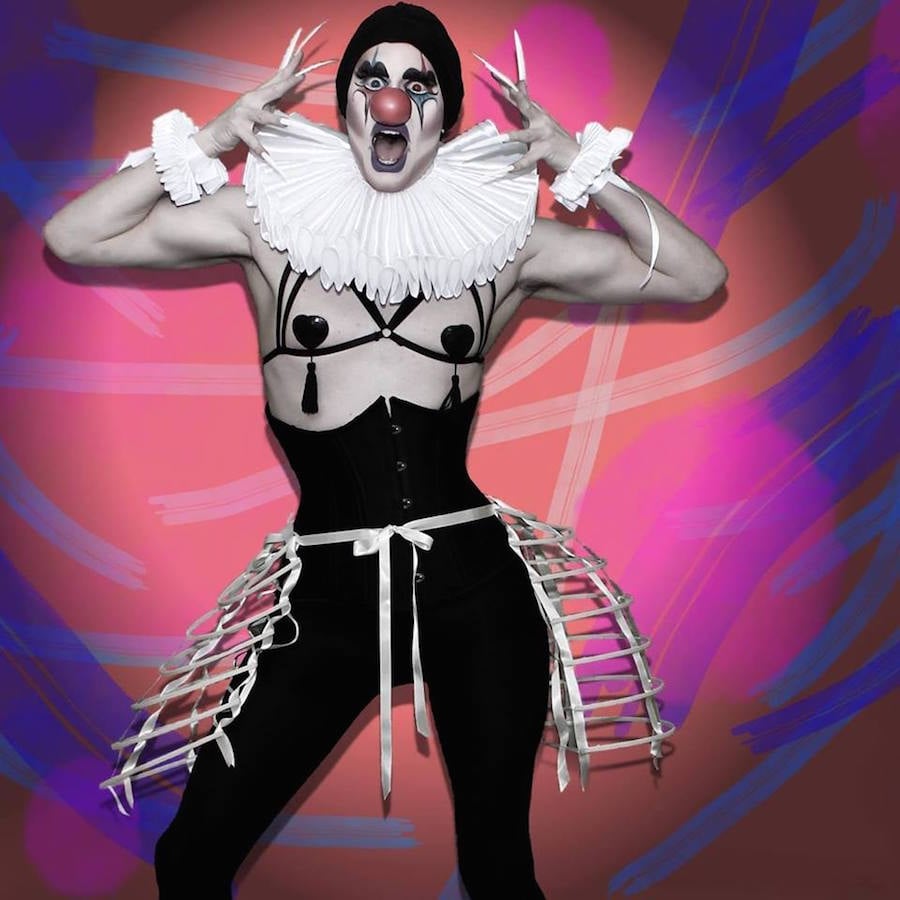 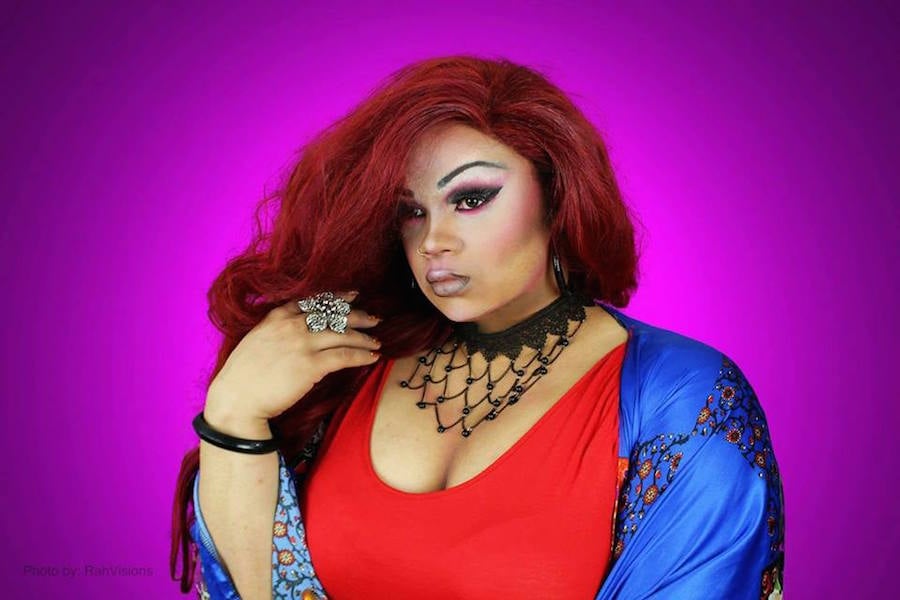 Thursday, that lineup includes queens from across the state, who Dunn added “really represent all types of drag.” There are seasoned performers like Kendra Fiercex Rose, voted Miss Gay Waterbury last year. Giganta Smalls, who brings fastidious face-painting and fantastical costumes to her routines. Tiana Maxm Rose, the self-described “queen with no pants” who is navigating Connecticut's drag scene as a Black trans woman.

The list goes on, spreading across the state as it grows. Few of them have stepped foot in the Cab before. For Dunn, that’s part of what makes the evening so exciting.

“I'd be willing to wager that other than me, only one performer [from the drag lineup] has been to the Yale Cab before,” Dunn said. “It's kind of invisible in some ways—people don’t even know it’s there. It's this great hidden gem in New Haven.”

“We’re hoping our legacy will be that the community feels welcome here,” Shuey said, adding that Dunn has already altered the way she thinks about drag venues in New Haven. “So much work in theater can become very insular, and we are interested in pieces that ask bigger questions.”

“The ability to get feedback from people who are viewing your work, without any context of how you fit into the school landscape, is really valuable,” she added.