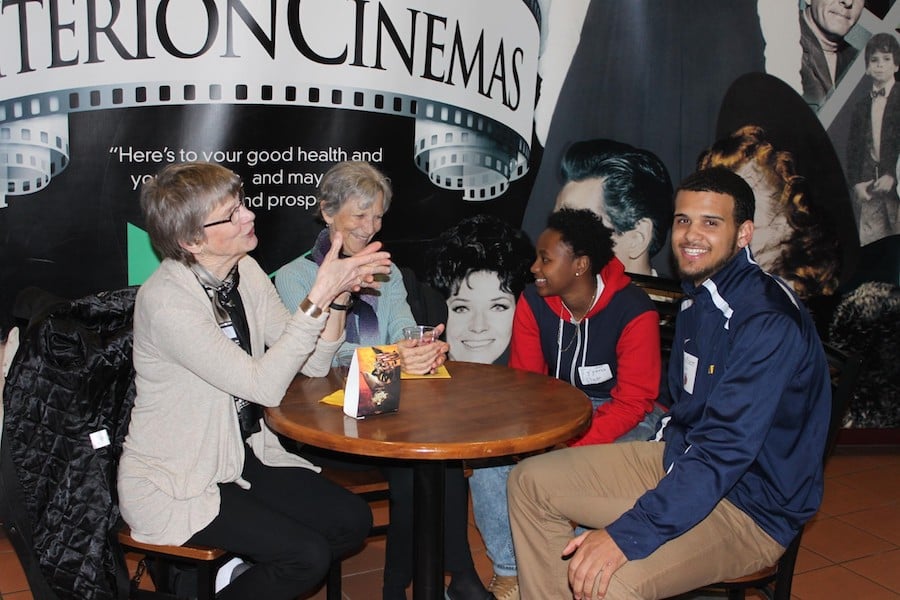 Seeing a young Thurgood Marshall crusading for justice in a trial right here in Connecticut on the big screen inspired the 170 teens and adults in the audience alike. The LEAP community, including high school and college aged LEAP counselors, LEAP staff, and LEAP donors, came together on April 12 for a special screening of the film Marshall and a conversation with the film’s screenwriter and local attorney Michael Koskoff at the Bow Tie Criterion Cinemas in New Haven.

Koskoff, a veteran trial lawyer involved in many civil rights cases himself, answered the many questions spurred by the film, explaining the amazing coincidences over the 11 years it took to make the film, the inside scoop on the dramatic parts of the story that were surprisingly completely true, and stories about the reactions of the family members of the characters.

A LEAP staffer called the audience’s attention to the cameos by Trayvon Martin’s parents and Benjamin Crump, the lawyer who represented the family of Michael Brown. Mr. Koskoff explained the director’s decision to include them at the end of the movie to highlight how timely the film is as we continue to confront racism.  Thurgood Marshall is just the role model the young people of color that LEAP empowers and trains to be leaders need to inspire them to lead the fight against injustice.