Literacy Luminary Gets Her Corner 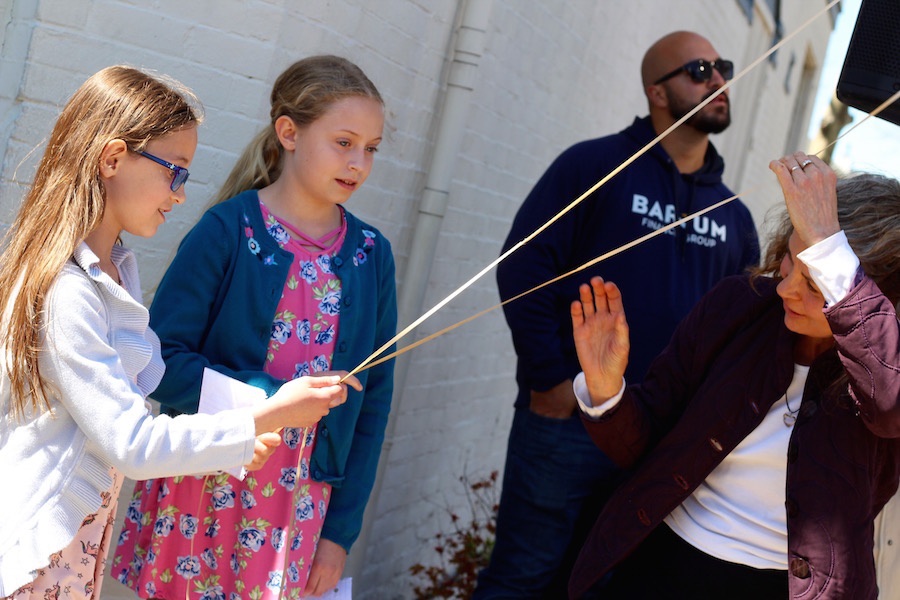 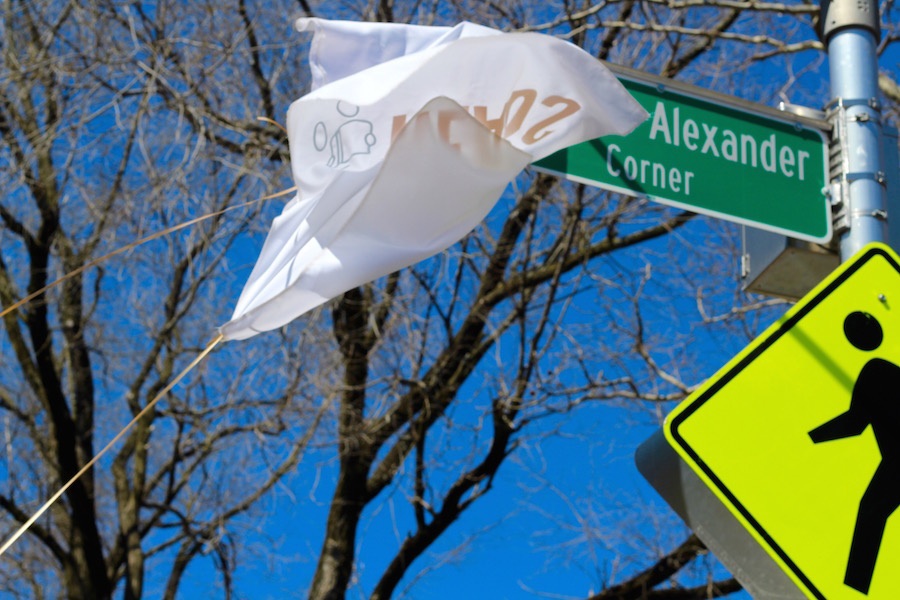 Christine Alexander’s legacy started in a garage, then set up shop in a small office, then hunkered down on Bristol Street. It expanded to Sachem Street, and then criss-crossed the city to Willow Street and Science Park. It tutored hundreds of kids, spinning low literacy rates into students who devoured words. It had a name and a mission that were one in the same: New Haven Reads.

That was 16 years ago. Now seven years after breast cancer claimed Alexander’s life, there’s a corner to commemorate that history—and to keep her mission going.

“I know that she is very much here,” said Alexander’s husband, Bruce, noting that he’d seen a blossoming cherry tree—his late wife's favorite—Sunday morning, before heading over to the naming ceremony.

In 2001, Christine Alexander jumpstarted the organization with a pile of books in her garage, which bloomed into a small book distribution center in the now-defunct Chapel Square Mall downtown. There, she started hearing from kids and parents who were struggling with literacy, and took the mission a step further, starting a tutoring operation and expanding it to the city’s Dixwell neighborhood. 45 Bristol St. became the nonprofit’s first long-term location.

Now, the literacy-based organization offers after-school and Saturday tutoring to 500 New Haven kids in phonics and reading, with a fleet of 470 tutors and sites in Dixwell, Newhallville, East Rock/Fair Haven and Science Park. In addition to used books that students can take after each session, it offers three new book giveaways in the winter, spring and summer terms. 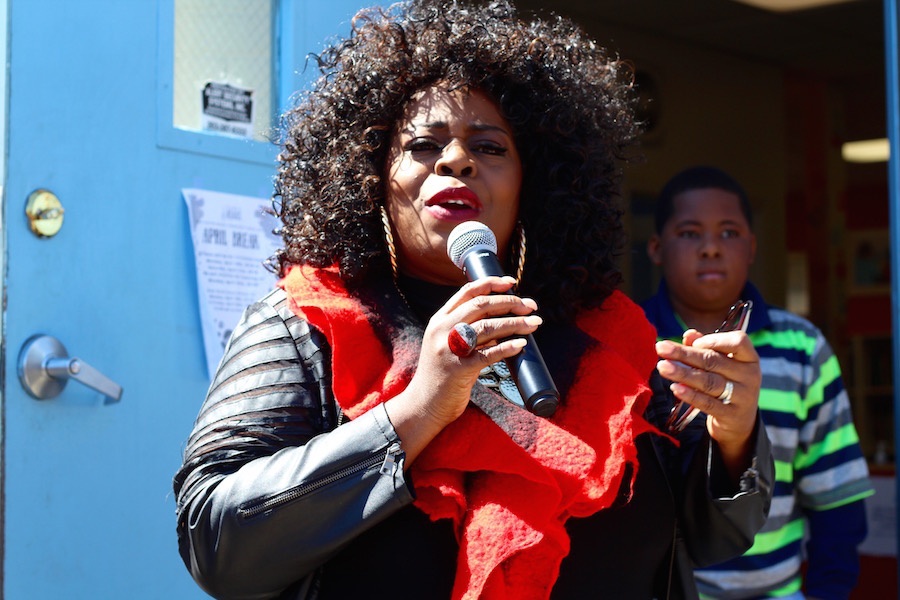 New Haven Reads mom Veronica Douglas-Givan: “It’s more than just an after-school activity. It’s an opportunity for us to really band as a community.”

”This is like a family reunion,” said New Haven Reads parent Veronica Douglas-Givan, whose son Jayvon has been attending New Haven Reads for over two and a half years. “I’m from this neighborhood.”

She recalled meeting Alexander 16 years ago, when she was a reporter for WTNH and Alexander was just getting New Haven Reads off the ground. Back then, Douglas-Givan wasn’t a parent—in fact, she wasn’t even thinking about parenthood, she told the crowd—but she vowed that she would send her children to New Haven Reads if they ever entered the picture. 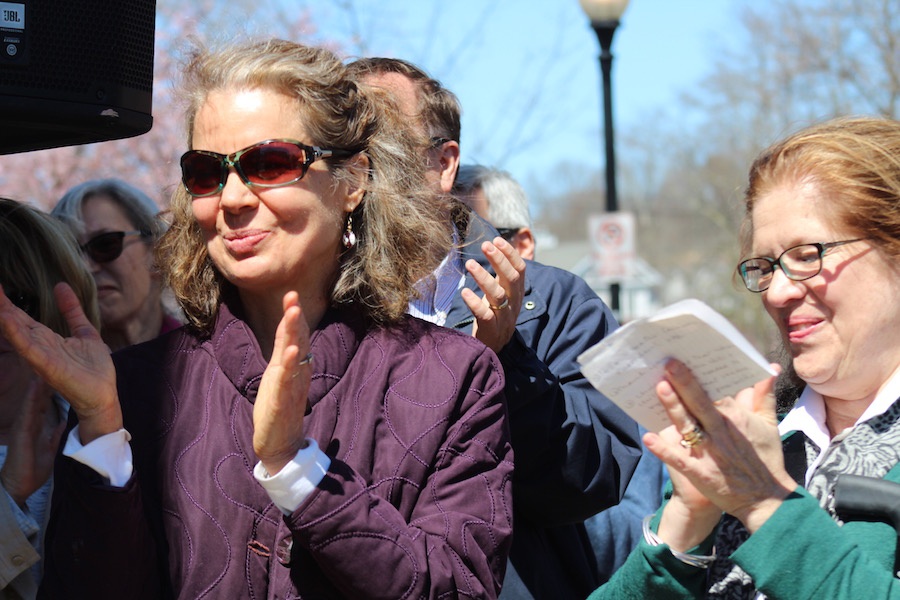 So when she did have a son eight years ago and noticed that he was stuttering around his fifth birthday, she knew where to take him. The two started at the organization’s Dixwell site, nestled in the Rose Center and Yale University Police substation on Sachem and Ashmun Streets. While Jayvon was with his tutors, Douglas-Givan would put her head down for the hour-long rest she so desperately craved.

They switched to the organization's Willow Street location after it opened in 2016. Now, Jayvon’s tutor ‘Ms. Ann’ is “more than a friend” to the family—she accompanied him to his school’s most recent ‘Grandparents Day’ celebration.

“When I walk in and I see Ms. Carol, and I see Ms. Jessica, and I see the tutors around the tables, I remember when Chris said ‘New Haven Reads is going to help children throughout New Haven get the tools they need to succeed in school and succeed in life,’” she said. “It’s more than just an after-school activity. It’s an opportunity for us to really band as a community.”

Hannah and Natalie get ready to unveil the corner.

The celebration also included to Alexander’s grandchildren Natalie, Hannah, and Jeremy, who wrote and read an acrostic before taking two strings to pull a cloth from the corner’s vibrant green-and-white sign. Sharing the microphone, Natalie and Hannah alternated sentences, giving Jeremy the last one.

C is for Cherish. She cherished us all as though we were richer than gold.
H is for Happy. Wherever she was, wherever she went, she made people happy and smiley.
R is for Ravenous Reader. She was a ravenous reader and she helped others to be so too.
I is for Intelligent. She helped people solve any problem they had.
S is for Superstar. She was a star and super to be around.
T is for Terrific. She took great care of everybody around her.
I is for Impressive. She impressed everyone with her amazing talent.
N is for Nice. She was kind and nice to everyone.
E is for Excellent. She worked super hard and was amazingly awesome.

But, speakers warned among great celebration, there may be tough times for the organization ahead. Currently, there are 70 students on New Haven Reads’ waitlist, a number that can only shrink if the number of tutors grows, or current tutors double up on their hour-long shifts each week. That’s true even as the organization heads into its short summer session, for which current students often stay on for tutoring and several summer ‘clubs’ that the nonprofit runs. 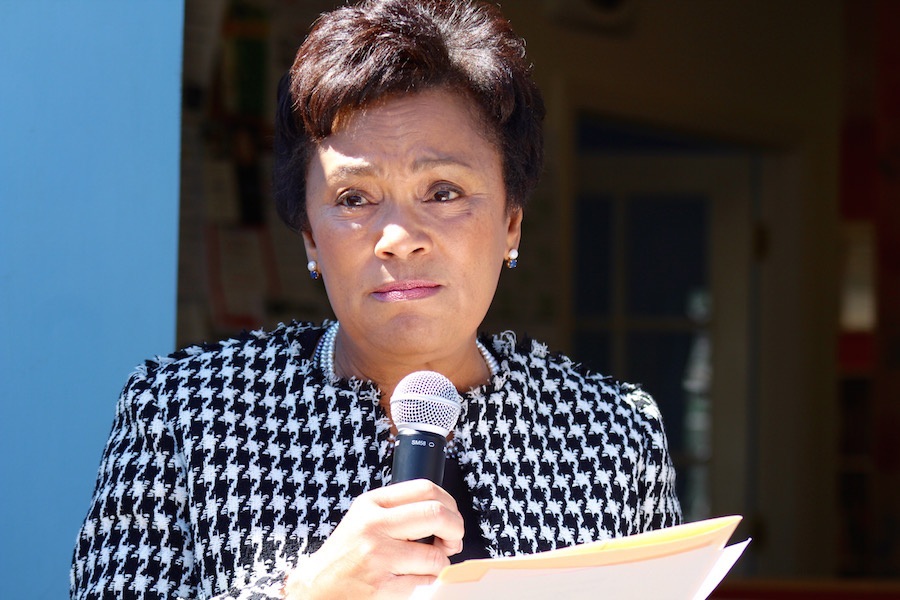 "Judges Whalley, Dixwell and Goffe made names for themselves in their day, and are now appropriately remembered all across town," said Mayor Toni Harp at the ceremony, noting the city's tradition of naming streets and street corners for local luminaries. "And so it shall be with Chris Alexander, a distinguished community leader and a champion of civic responsability."

It’s also a fiscal problem. In the current budget cycle, Assistant Director Fiona Bradford said that the nonprofit “is okay”—but that may change at the beginning of the next fiscal year on July 1. Of the organization’s $750,000 budget, about half of funding comes from private donations from “all over the state and the country,” often from previous tutors who have moved away and continued to give.

But the other half is more precarious. In this fiscal year, $50,000 came from the state, with an additional $36,000 from Community Development Block Grant (CDBG) funding, and $30,000 that State Sen. Gary Winfield and State Reps. Robyn Porter and Toni Walker “fought to get back” for the program through the Connecticut Judicial Branch, said Bradford. Another $30,000 came from the organization’s annual Spelling Bee, its largest single fundraiser. 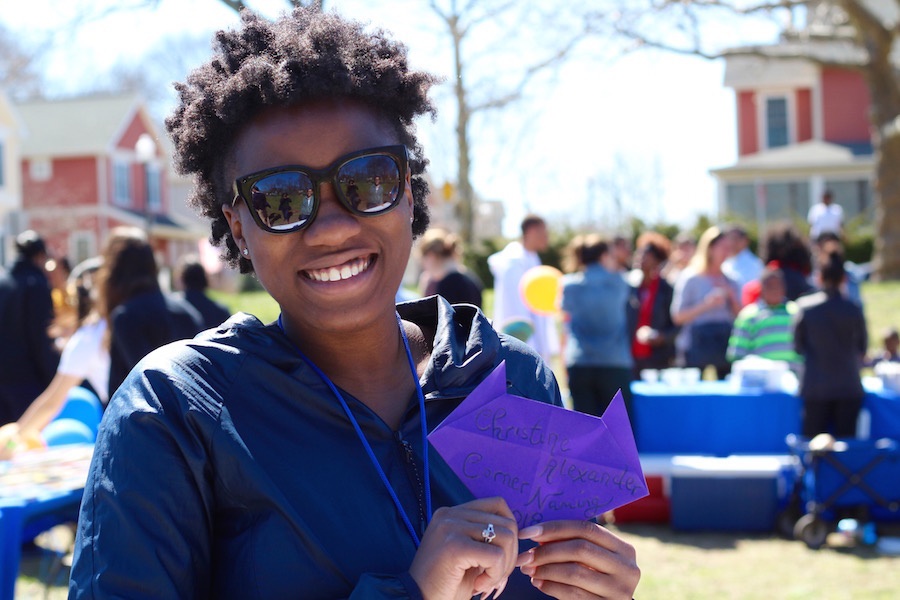 NHR Development Assistant Raquasia Smith, a New York transplant who began at the organization as an intern last year. "I had trouble reading when I was a kid, and I wish my little cousins lived in Connecticut so they could have this now," she said.

Next fiscal year, Bradford said she thinks CDBG funding will be down to $32,000, and has no idea how much or little funding will come from the state. Which means the nonprofit could be in trouble.

Leaving the crowd on a positive note, Board President Heather Calabrese reminded the crowd of the number of tutors, staff, board members, and New Haven Reads’ extended family that have “captured her spirit” and will continue to carry it into the future.

“What we hope is that every child, every tutor, every neighbor who walks under this sign remembers what Chris believed,” she said. “And that is the joy and the power of reading can change lives.”

Then, with the corner unveiled, the party continued over in Scantlebury Park, where volunteers had set up tables with cupcakes, ice cream, crafting activities and used books for kids to take home.

To find out more about volunteering at New Haven Reads, check out its website.