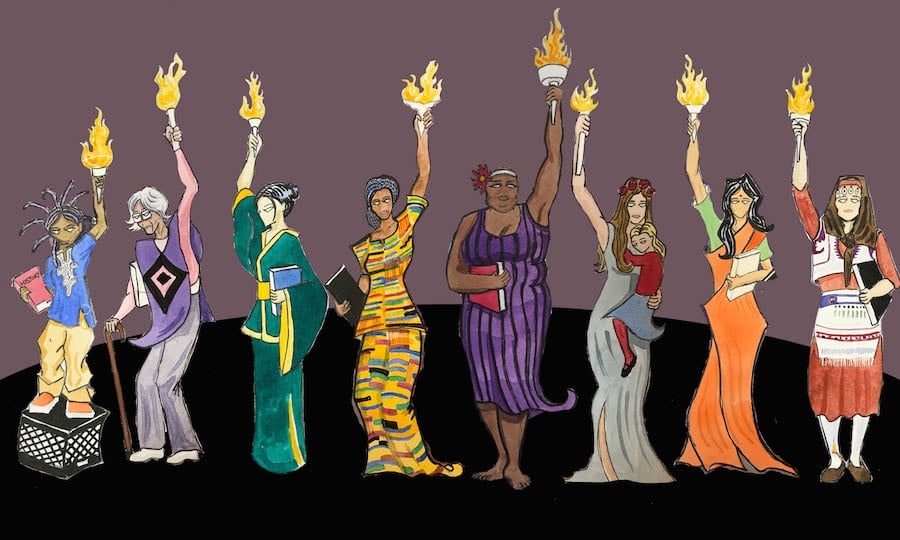 Kwadwo Adae arrived at Lincoln-Bassett School ready to pitch an upcoming mural project to the neighborhood—and walked away with his first painting recruits.

That was the story last week, as Adae rolled into Lincoln-Bassett Community School’s cafeteria for a community-wide meeting on his Women’s Empowerment Mural, an 18 x 106 foot public art project at 494 Goodrich St. on the New Haven-Hamden border. (For an earlier article about the project, including a breakdown of expenses, click here.)

After scoring a grant from the state and launching a GoFundMe page for $10,000 earlier this year, Adae expects to begin priming the wall in the next two to three weeks, to have it ready for painting by CT Trails Day on June 2. After priming, he plans to project his renderings onto the wall, so community members with little or no painting experience can grab a brush and join in. 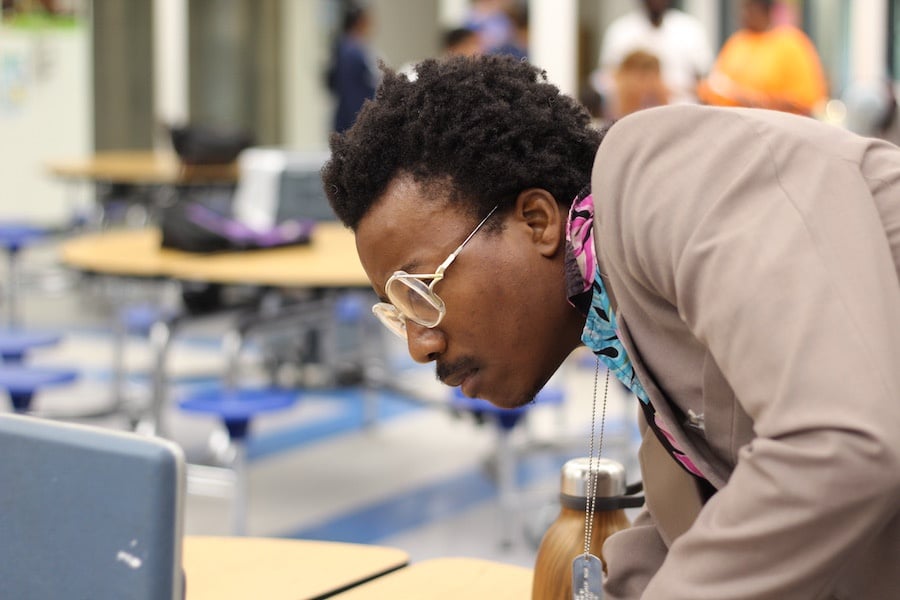 Kwadwo Adae: “There is so much needless division in our world, unity is crucial to smashing boundaries between us to wage peace. Not just in theory, but through an active and engaged practice.” Lucy Gellman Photos.

In its current design, the central mural displays eight torch-bearing women, one of whom is holding a small child on her hip. With additional funds, Adae also plans to paint an additional 30-foot wall to the right with a pregnant woman, a trans woman, a doctor, and three matriarchs from the Newhallville community. He said that one of them will likely be Florence “Flo” Caldwell, a fierce advocate for public education and grassroots organizing in the neighborhood.

But when he arrived to explain the plan, the audience was smaller than he’d expected: seven pint-sized students from an after-school chapter of the Boys & Girls Club and New Havener Aaron Goode, founder of Friends of the Farmington Canal Greenway and a member of the Farmington Canal-to-Rail Association, which has contributed $2,000 toward the project. To calls for interest and potential volunteers, Adae came back with blank stares and a few tepidly-raised hands.

Then mom Yonnette Seetram piped up from the front of the cafeteria. She had come in to pick up her son Xavier, a fifth grader at Lincoln Bassett who stays for Boys & Girls Club activities each week. But when she saw an image of nine women, all of them different shapes, sizes and colors, at the front of the room, she’d decided to stay. A longtime resident of Day Street, she said she doesn’t take the Farmington Canal bike path very often, and hasn’t heard murmurs about the mural. But she’s here for it—if Adae will have her.

“Do you take people who haven’t painted before?” she asked. “I mean, I can’t even draw a circle. How am I gonna paint that?”

Seetram nodded. Around her, her kids Xavier, Imani and Aytumn snapped to attention. As Adae explained the process of projecting the image onto a wall, Xavier ran over to look at renderings on Adae’s computer. He said he was sold—and would definitely be bringing his younger sisters and mom with him.

Adae said he is still hoping to bring in additional funds for the mural. After landing a $12,000 Special Projects Grant from the state’s Office of Arts, Culture, and Tourism in February, he has raised $2,000 from the Farmington Canal-to-Rail Association, $2,000 from Yale-New Haven Hospital, and $2,000 from from the Newhallville Safe Neighborhood Initiative, successfully matching half of the state funds. He has received another $500 from the Office of New Haven and State Affairs at Yale University and $500 from Yale Properties. 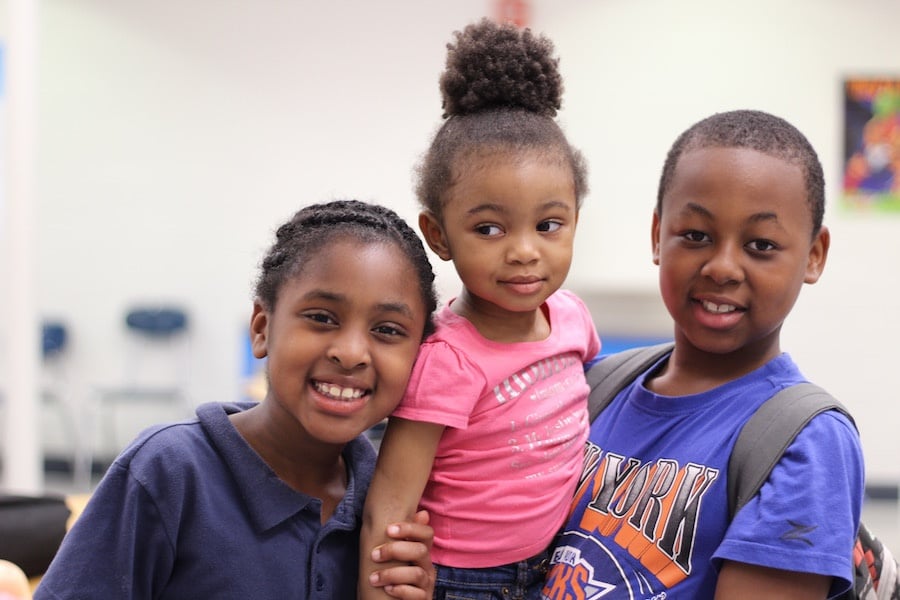 Imani, Aytumn, and Xavier. “I paint like all the time. Anytime, anywhere, any day. I love art,” said Xavier as the meeting drew to a close.

He said he is still hoping to hear from the Hamden Department of Economic Development and Hamden Arts Commission, to which he has reached out multiple times without a reply. Department of Economic Development Director Dale Kroop responded to requests for comment Wednesday, saying that the department has replied multiple times, with the news that it does not currently have funding to help Adae with the project.

"We've been contacted and we've politely said no," Kroop said by phone Wednesday. "It's not that you don't want to fund something like that, but we're not in the position. If we could have helped him we certainly would."

After the meeting, he added that he’s excited to start the project with community members like the Seetrams, and hoping that more attendees will come to a forthcoming meeting on May 30, at the Whitneyville Cultural Center.

“There is so much needless division in our world, unity is crucial to smashing boundaries between us to wage peace,” he said of the project’s focus on community involvement. “Not just in theory, but through an active and engaged practice.”

The next public mural meeting will be on Wednesday, May 30, from 6-8 p.m. at the Whitneyville Cultural Center.