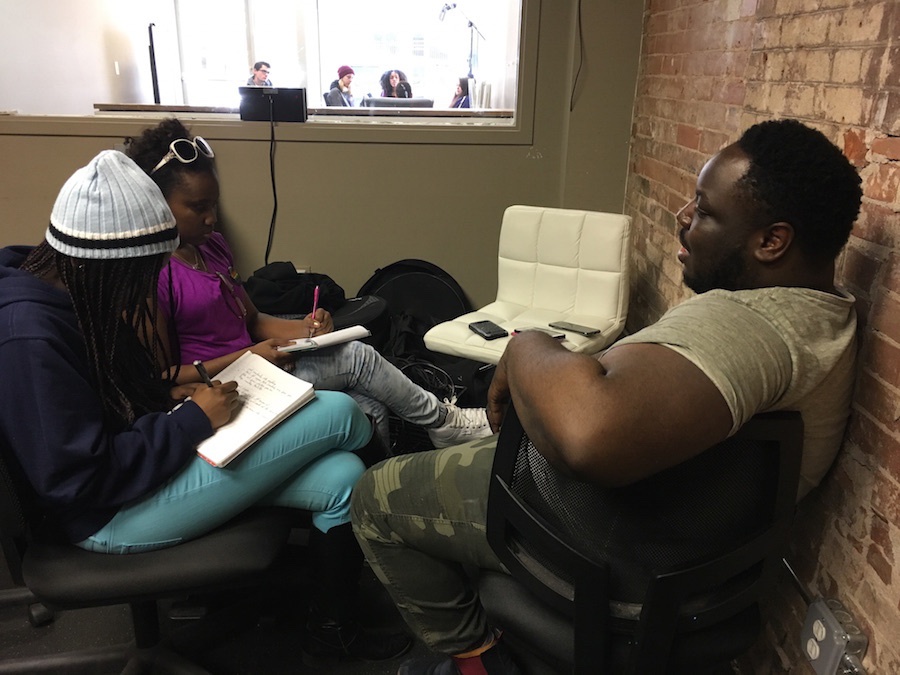 This article ran in print in the Arts Paper earlier this year. We’re bringing it online this week, as Sofar Sounds nears its first birthday concert this Saturday. Titled “Family Dinner,” the show will feature performers from Sofar’s first year, and maybe a few new faces as well. But the venue and the specific performers themselves? Audiences will have to wait for that information. Visit New Haven’s Sofar Sounds site for tickets and more information on the series.

Less than a year ago—but well after starting New Haven’s chapter of Sofar Sounds—Paul Bryant Hudson was soaking Hamden’s Outer Space (now dubbed the Space Ballroom) in sound. He tipped his head back, sweat running down one side of his face.

Woooaaahhh feel my rage, he sang, opening his mouth wide as he sang. His lower lip trembled. Oooohhhh it’s the Black parade.

The song isn’t just a song; it’s a mission statement. For Hudson, music is a route to inclusion and equity.

Hudson grew up in New Haven, born and raised in the city’s “Tre” neighborhood. In high school and college, he took a deep dip into Motown and jazz, making stops at rock, gospel and soul as he moved deeper into the musical scene.

As he learned more about music, he also wrote more. In particular about experiences of violence he was experiencing that were at odds with images of dominant white society. 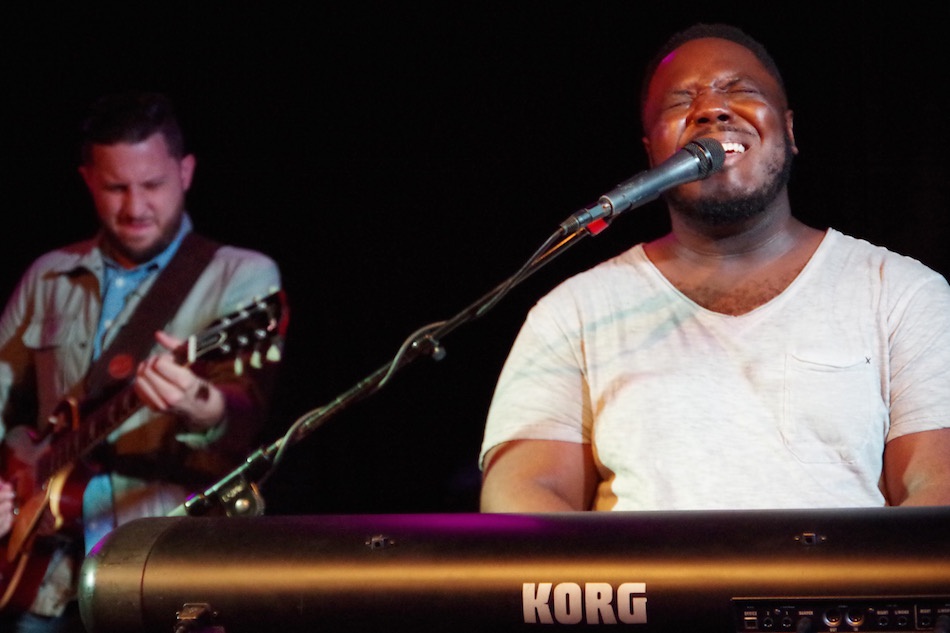 "I see violence in neighborhoods that might not seem violent to you,” he said in an interview with the Arts Paper, holding his son as he spoke. “The traumas I speak to in my music are traumas I experienced in predominantly white spaces."

They come directly out of his life experience. Hudson said he had been working in a bank for five years and found it frustrating “existing in the space and not being able to express my own anger.”

“It's a universal idea. All people of color experience it in some way, shape or form,” he said. That anger inspired “Black Parade,” a soulful yet barbed exclamation of contemporary rage at the persistence of racism. Hudson gets right to the point in the first line: “I got two fucks left/ Can you hear me?”

“It always catches folks off guard. It's intended that way,” he said. “It talks about rage and anger and my inability to express that anger without social consequences as a Black dude and a big man.”

Hudson stopped working at the bank when he realized how harmful it was to his health. He’s now been pursuing music full time for over a year. Solo or with his band, he plays the New Haven club circuit. And amid becoming a father and coordinating Sofar Sounds, he put the finishing touches on his upcoming EP “Free,” which he released digitally earlier this year.

Along with playing his own shows, he curates an ongoing series of "secret" house concerts under the rubric of Sofar Sounds. An acronym for “songs from a room,” Sofar is an international network of musicians, artists, concertgoers and music lovers. Founded in London in 2009, the network now encompasses 387 cities.

“The idea is secret shows,” Hudson said. He’d experienced his first Sofar show in London in 2016, and decided to found a New Haven chapter. “It's super-intimate. It capitalizes on an attentive audience. You're required to stay for the entire show. There's no cellphone activity and no talking. I yearn for that as a musician.”

Hudson's affection for this gumbo of acoustic and electronic sounds is the fruit of “a marriage between the things I have to say and the things I like to listen to.” Among them are jazz, hip-hop, Bob Marley (he will often pull out a slowed-down cover of “Redemption Song” at shows) and soul balladeers like Donnie Hathaway.

Most of his compositions derive from a “super-specific cultural place. They're stories of Blackness and struggle but also triumph,” said Hudson.

"That, in theory, is such a raw idea so when I'm composing something, I try and give that story the space and air to be told,” he said, explaining the acoustic elements to his sound. “But as a young person, I feel a strong pull toward electronic music, digital production and hip-hop. Those elements tie it all together—we're here now, it's who we are now, it's who I am now.”

Piano, guitar and bass anchor most of his compositions. But Hudson is also enamored with ambient electronic sounds as complement to the analog, organic feel. He likes to “sit really intricate synths on top of a really simple acoustic idea. I think that contrast produces a really cool sound.”

“It's symbolic of the way I make music in general—putting a flashy complement on a simple idea,” he said.

Lyrically, Hudson pulls from Black history and folklore as well as his own anger at—and frustration with—racism. One of his favorite compositions is the ballad “John,” written with Black folk hero John Henry in mind (to listen, check out the video at the top of the article). According to legend, Henry competed with a steam-powered drill to drive a steel drill into rock, winning the contest only to succumb to exhaustion. “John” is a missive of gratitude and love to Black ancestors.

“When I wrote it, I was reminiscing and reflecting on the things our ancestors had done for us, the sacrifices they made, the work they'd done, the blood they had shed,” Hudson said.

In its opening verse, the song references not only the John Henry legend but also Langston Hughes' “Harlem” and its provocative question, "What happens to a dream deferred?"

Hudson sings, " I was born with it/ In my hand like/ Like a hammer/ Like a hammer in my hand/ Driving dreams deep below/ Passed the crust and the mantle/ Until they explode."

“I wrote John with the absolute purest of intention. It flowed out," Hudson recalled. “I meant every word. There was no backtracking to fill in words or make up spaces in bars. It wrote itself with a purpose."

He added that he has long struggled with finding the language to express his frustrations with injustice. "I think Black Lives Matters and other activist groups—and the idea of contemporary Black activism—serves as a catalyst and promotes clarity in that way," said Hudson.

The upsurge in activism also fosters the cultural and political conditions for his lyrics and passion to resonate. “When I am writing about these things and creating this art, it creates space for us to share it and for it to be understood organically,” he said.

Those cultural conditions are almost as important to Hudson as the making of his own music. In New Haven, as in most cities, "there manages to be a sentiment of elitism and it baffles me," said Hudson.

"Creativity is such a universal property. It surfaces in all of us, in every culture, every race," he continued. While he is managing to survive as a full time artist, he knows many others who struggle "not based on their drive or ability to create but based on their own cultural background, or race, or gender."

"Sofar New Haven's priority and core focus is diversity and equity,” he added. “We’re super explicit about that in our interactions with guests, artists and the communities we visit. We work really hard to ensure that Sofar New Haven gigs are inclusive and accessible—especially to communities of color, folks who often feel unsafe and underrepresented in creative spaces."