Out On The Big Screen 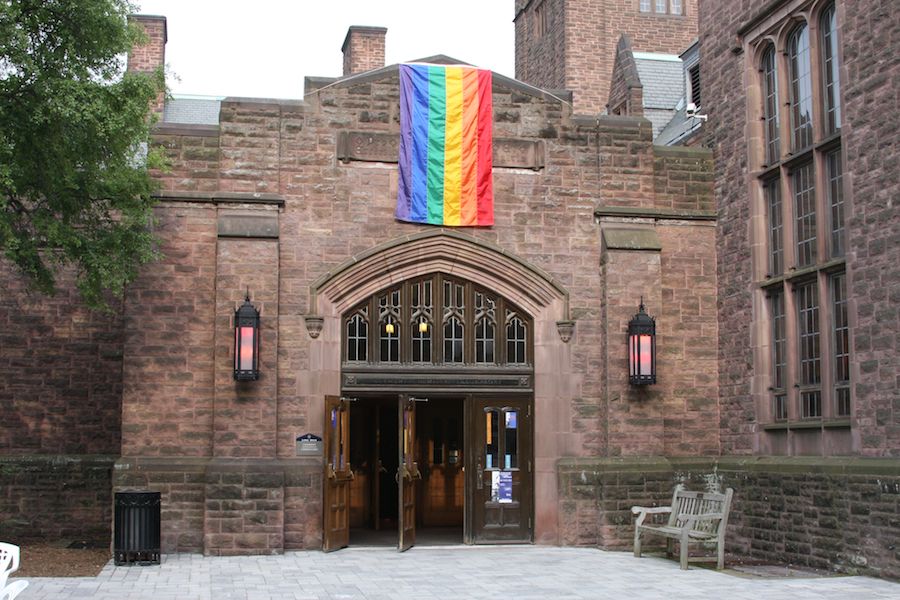 “I always consider the establishment of the Connecticut LGBT Film Festival at Cinestudio to be one of the most important moments in the long history of the theater,” said studio founder James Hanley. All Photos Courtesy of the 31st annual LGBT Film Festival.

This June in Hartford, film fans and members and allies of the Lesbian, Gay, Bisexual and Transgender (LGBT) community will gather to watch their communities reflected on screen—and that’s by careful design.

It’s the story for the 31st annual LGBT Film Festival, running from June 1 to 9 at Hartford’s Cinestudio, an independent movie house tucked into the Trinity College campus. To accommodate an ever-growing program, the schedule is packed with ten features, three documentaries and nearly 50 short films. James Hanley, Cinestudio’s founder and one of the original progenitors of the festival, said that he still finds himself “excited to see every single film during the week of the Festival.”

“I always consider the establishment of the Connecticut LGBT Film Festival at Cinestudio to be one of the most important moments in the long history of the theater,” he wrote by email in late April. “The Festival was a part of a rise in consciousness that brought a long overdue recognition of neglected filmmakers, and of course the completely underserved audience. We had an enthusiastic group from the beginning, finding our way through the complicated logistics of securing the physical film prints to show, always being thrilled to see a growing audience sharing this journey, together.”

“The learning curve was steep at first, but I never had a doubt that the Festival would endure over the years and grow more and more significant,” he added. “The Festival has many fascinating threads to it, including being a part of the emerging political activism connected with it, bringing in so many of the people who had been excluded for so long.”

The festival originated three decades ago with a group called AlteRnaTiveS, an LGBT-focused organization dedicated to arts and culture. From its inception, AlteRnaTiveS published a magazine, produced theater, and put on a film festival. The third was the first in the state—and one of the first in the country—to focus on LGBT issues.

The festival struggled to keep its doors open at first, failing to get people from around the city and the state to come. Picks from rookie director William Mann and Terri Reid didn’t go over smoothly—attendees walked out, attempts at publicizing the event floundered, and they lost money in the festival’s first few years.

But according to festival historian and current director Shane Engstrom, that changed in the early 1990s, when a series of directors including Tyler Polhemus, Jason Plourde, Suzanne Shaye, and Dan Millett took the helm. Each of them stressed publicity, programming world premieres, foreign-language selections, and actor and director appearances. And they watched as attendance swelled.

Now it’s the flagship program of a very vibrant Out Film CT community. In addition to putting on the annual summer film festival, Out Film CT also chooses one LGBT film to screen every month of the year for their Second Thursdays Cinema series. That series is also held at Cinestudio.

Engstrom became involved with Out Film CT in 2000. Newly out of the closet, he said he wanted to meet people who were as interested in arts and culture as he was, and he signed up to volunteer with the organization after attending a festival screening.

For seven years, he served as secretary of the organization. For the past 11 years, he has served as either director or co-director.

“We’re an all-volunteer organization, and we’re always looking for more people to participate,” he said in a recent interview at Cinestudio. 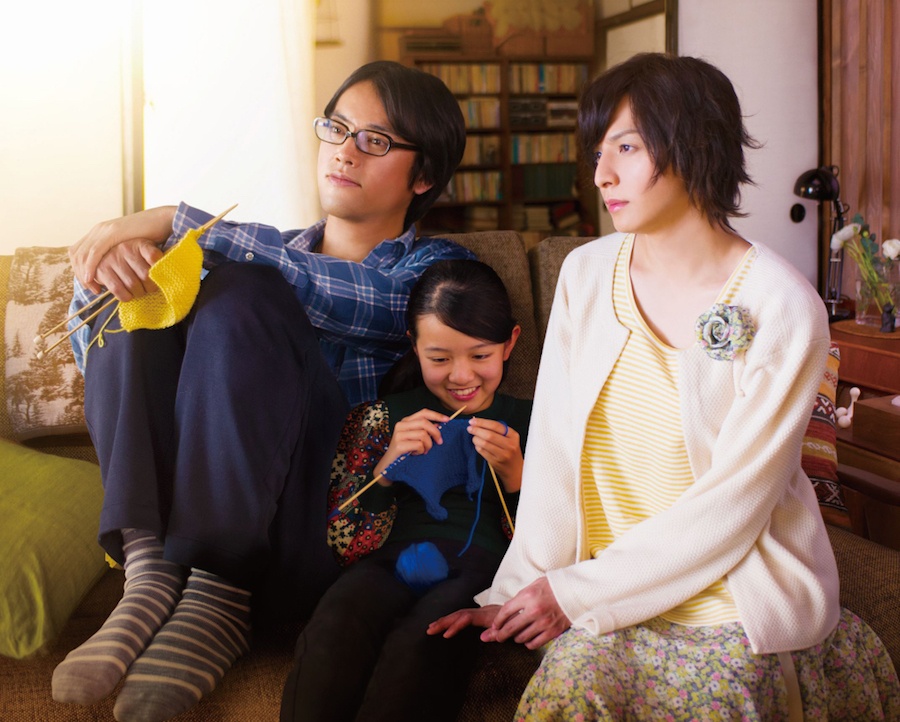 A still from Close Knit .

“At least a few people on the committee watch every one,” Engstrom said.

The festival has changed with the advent of new technology. In the past, filmmakers submitted DVDs and VHS tapes. Now, they send Vimeo links.

“It used to be 15 of us crowded in a room to watch a few movies together,” Engstrom recalled. “Now people can watch from home.” At Sunday brunches held at committee members’ homes or in-person meetings on the Trinity campus, members get together primarily to discuss the films they’ve viewed.

“I don’t know if I like it better one way or the other, but it’s become a necessity.” Engstrom said. “We now receive so many submissions we couldn’t possibly watch them all together.” 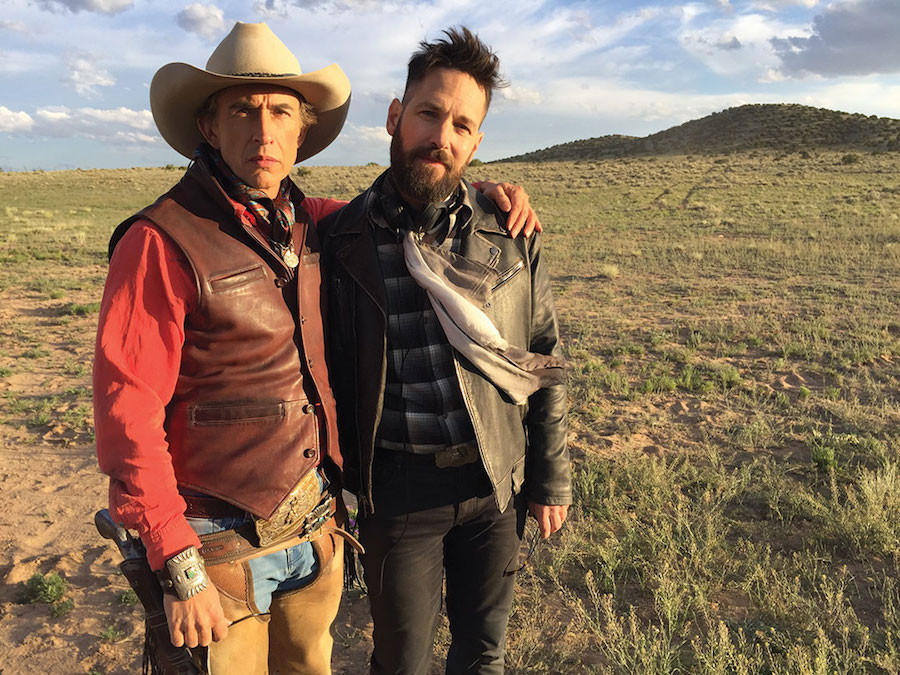 A still from Ideal Home.

Throughout the selection process, the committee keeps an eye out for quality filmmaking and authentic stories among the pool of submissions. Then they work to assemble a slate of films with broad appeal in a variety of genres.

“We want to have something for everyone,” said Engstrom. He added that this year, the submissions were so strong that the committee decided to add more screenings rather than cut quality films.

That includes works like Ideal Home, a comedy starring Steve Coogan and Paul Rudd that will serve as the festival’s opening night film. Engstrom described Ideal Home as touching and fun. It’s about a gay couple whose lives are turned upside down when one partner’s grandson shows up on their doorstep in need of a guardian.

Or Close-Knit, chosen for the festival’s “centerpiece” screening on June 6. On the surface, Engstrom said, it “has a similar storyline to Ideal Home … but it’s 100 percent different.”

In the award-winning Japanese film, a little girl’s mother is unable to care for her, and when the girl’s uncle takes her in she finds out that his partner is transgender. The ensuing story centers on the bond that grows between the child and the couple.

“You can’t help but love them,” said Engstrom.

In addition to those stories of LGBT families, Engstrom added that “there are also some very good coming out stories,” and films about LGBT athletes, gay weddings, and a star-studded documentary called Scotty and the Secret History of Hollywood. 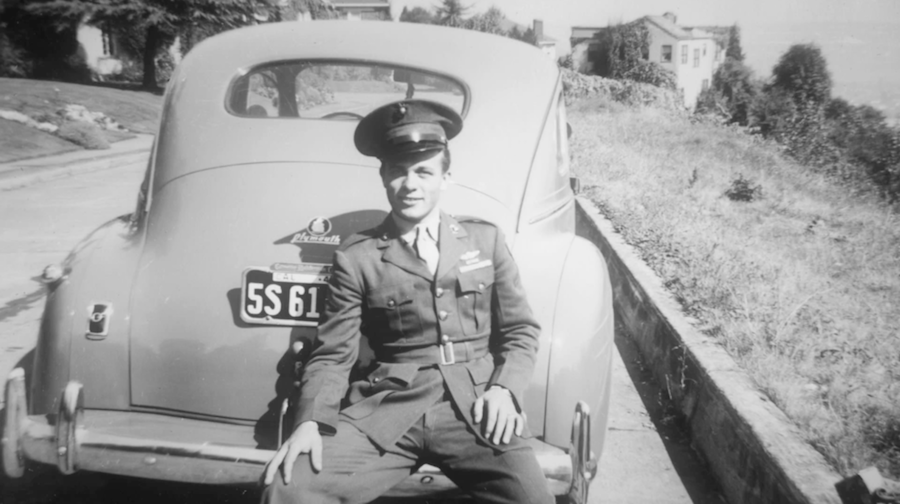 A still from Scotty.

The last, which plays on June 8, tells the story of Scotty Bowers, Hollywood’s secret “sexual procurer to the stars” during the forties and fifties. In an it’s-a-small-world twist, William Mann—one of the original founders of the AlteRnaTiveS—is one of the featured historians in the film.

One film in the line-up that is dear to Engstrom’s heart is Mr. Gay Syria. The documentary follows a group of gay Syrian refugees in Istanbul who organize a contest for a spot in the Mr. Gay World competition. Though out of Syria, these refugees are still in danger and outcast because of their sexual orientation and this contest is their way of celebrating their lives and identities in the midst of struggle, violence, and discrimination.

Following the film screening on June 3 at Real Art Ways Cinema in Hartford, there will be a panel discussion with the World Affairs Council of Connecticut around human rights issues for LGBT people around the world, particularly refugees.

In addition to the short films that play before all features, the festival has three programs composed entirely of shorts: a women’s program, a men’s program, and—for the first time this year—a trans program.

“There are a ton of really good transgender shorts out there,” which have always been included in the festival before feature screenings, said Engstrom, but this is the first time there is a dedicated program just for trans shorts. That program runs on June 3. 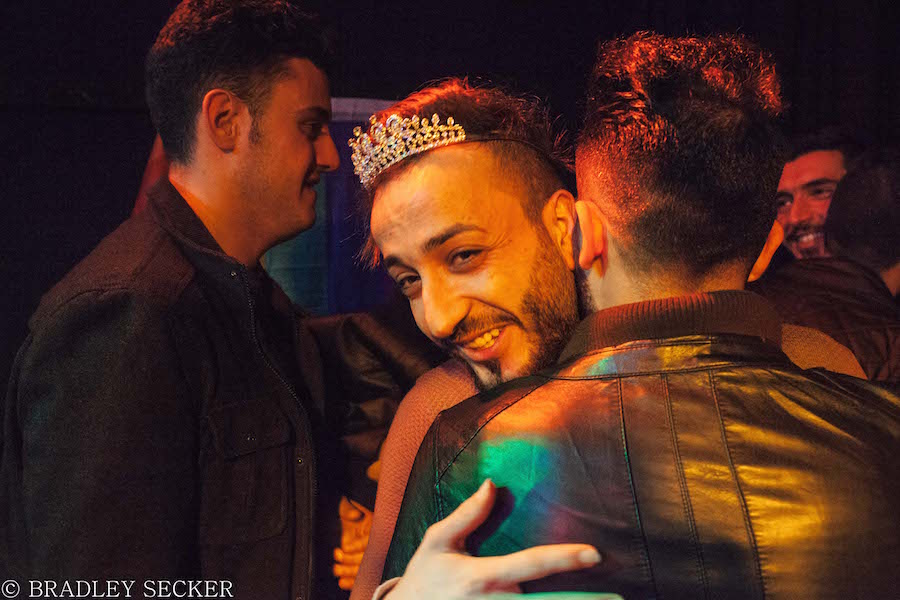 While most festival goers are repeat attendees, the group works hard to grow the festival and reach new audiences. Out Film CT hosts various events during the festival, including an after party on opening night, a free reception before the centerpiece screening, and a silent auction that runs throughout the festival. Filmmakers often attend their screenings for post-film discussions and signing.

Closing night—which usually coincides with Trinity College’s alumni weekend—will be held in downtown Hartford at Spotlight Theatres on Front Street and the Aetna Theater in the Wadsworth Atheneum Museum, where there is more space to screen two separate programs and host an after party.

“We really think it is those extra events that set us apart and makes it different than just going to the movies,” Engstrom said. “My hope is that the festival continues to flourish and that we can reach younger audiences so that they know we’re here as a resource for them.”

“We really hope that people will get out of it a sense of community,” he added. “An opportunity to gather as a community to share the collective experience of seeing an LGBT film in a theater full of people. … to generate conversation, awareness, and to celebrate our lives on screen.”

For tickets, details, and a full schedule of the festival, visit its website.