Mrs. Frazier Gets Her Due

Mrs. Jeffie Frazier: "We are so powerful—we’re just not together. Please come together. That’s a blessing for me if you would.”

Jeffie Frazier didn’t know why she was supposed to be on the New Haven Green on Saturday afternoon. But when Stetson Library Branch Manager Diane Brown told her to show up—no questions asked—she said she would be there, rain or shine.

Saturday, Frazier was honored for her work in the Dixwell community at the fifth annual Juneteenth celebration, a collaboration among The Connecticut 29th, The Amistad Committee, Citywide Youth Coalition, Artsucation Academy Network, CT Core-Organize Now!, the Whitneyville Cultural Commons and International Festival of Arts & Ideas. Among sun-soaked booths, she took the stage to cheers and claps from a drop-in audience that had gathered in the green’s lush grasses.

Brown and Artsucation Founder Hanan Hameen presented her with her gifts, which included and new wood-handled cane with rich carvings.

Brown (center with Hanan Hameen and a dancer from the celebration.

“Mrs. Frazier is a beloved mother, grandmother to many in our village,” said Brown, who won the honor last year. “She’s very respected. Even though she’s retired, she continues to do the work. She mentors teachers, she mentors students, she mentors me. She mentors so many people in the community.”

Brown singled out a camera-clad staff member from the International Festival of Arts & Ideas who had been walking around the crowd, snapping photos. She told the audience that the young woman had been a student at Helene W. Grant Elementary School (it has since been renamed the Dr. Reginald Mayo Early Childhood School) during Frazier’s tenure as principal. That meant she started every day in the classroom singing James Welden Johnson’s “Lift Every Voice and Sing”—the Black national anthem.

It was only after the student went on to further schooling that she realized how unique that was, Brown said.

“Mrs. Frazier was Black when it wasn’t popular to be Black,” Brown told the crowd. “And she had some trying times … I think the world would be a much better place if we could have more Mrs. Fraziers.”

A retired educator, principal, and neighborhood matriarch, Frazier was born in 1943 in Minden, Louisiana, a town of close to 13,000 in the state’s northwestern Caddo Parish. Placed in school almost a decade before the Supreme Court ruled on Brown v. Board of Education, she experienced a segregated system, where all of her classmates and teachers looked like her. 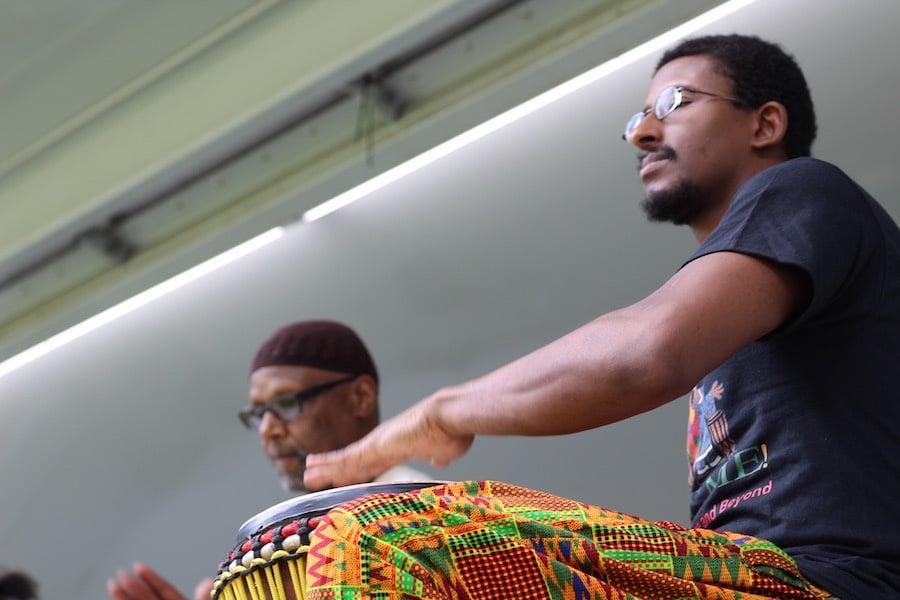 While her neighborhood was diverse—“we had white families and Black families on the block,” she recalled—the education was not, her white neighbors whisked off to a different school each day.

But her Minden education, she said Saturday, “was the best thing that ever happened.” The teachers were careful and attentive; they spoke about Black excellence and the importance of education. Class sizes were manageable. And each morning, students began the day with “Lift Every Voice and Sing.”

When Frazier relocated to New Haven in the 1966, “I brought a lot of that with me.” For her first few years in the city, she said that her family struggled to readjust to a very different part of the country, where there was growing unrest between law enforcement and the Black Panthers. She became an educator at Grant, sometimes working a second job as she raised a son at home and played den mom to her students in the classroom.

After long school days, she found herself in the community, walking students home, dipping into the Elm Haven housing projects and seeing if parents and kids had enough to eat. and tutoring those who needed extra help. She excelled in her own life, winning a Fulbright Scholarship to travel to 10 countries in East Africa over a six-week educators’ trip. She said she can’t remember the year, but that it was “about 30 years ago.” 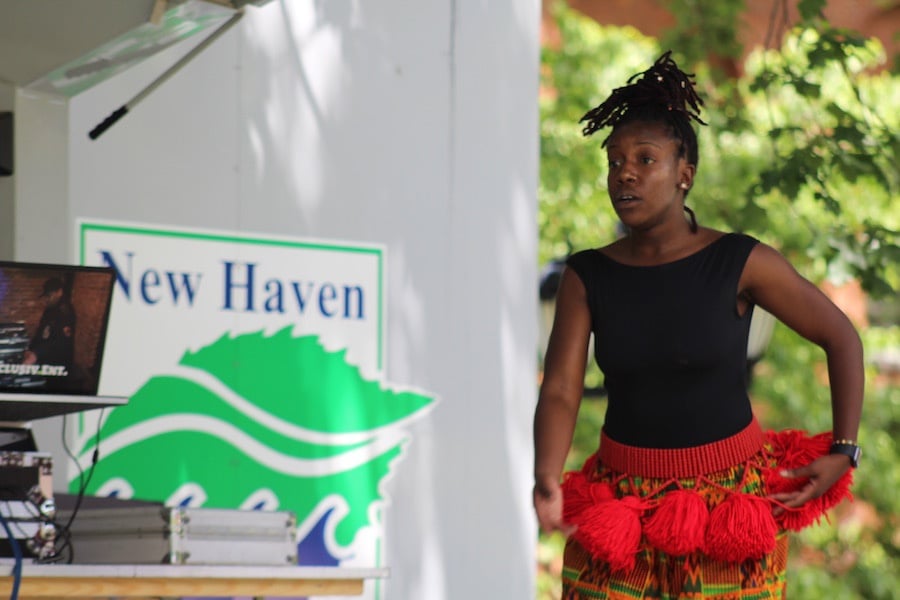 She also kept an eye on neighborhood kids, scrambling to find a solution as she watched fights break out over articles of clothing. In 1986, she was among the first New Haveners to push for school uniforms at Grant, helping parents and staff sew them herself at a shop in Waterbury (“We had a line going!” she recalled). On the first day the dress code—green jumper, white blouse, grey pants for boys—was instituted, she showed up wearing one in her size.

“Everything we did, the community was involved in,” she said.

That has remained true in her retirement, as she has become a vocal member of New Haven’s chapter of the Sickle Cell Disease Society of America. Despite a herniated disk and help of a cane, she said she still walks with the organization and volunteers with them weekly, tutoring kids with the disease who are no longer attending school.

On stage, Frazier said she’s still noticed division among New Haven’s residents, particularly between the Dixwell and Newhallville neighborhoods. As she accepted a new, richly designed cane with a round wooden handle, she urged attendees to “come together.”

“As a community, I see little fragments here,” she said. “I just need to see some more. We need to have more of us coming together holding hands, being nice and being kind to one another.”

“Most of you know that I was in the Dixwell community. I need us, along with Newhallville to come together. We are so powerful—we’re just not together. Please come together. That’s a blessing for me if you would.”