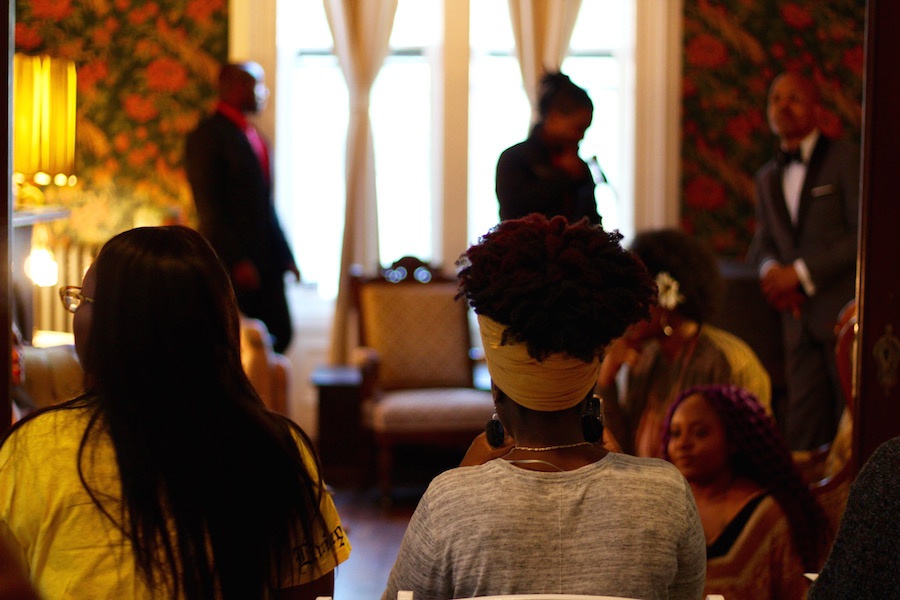 Three nude models stood at attention, facing a group of sketch artists as sun streamed in behind them. They had transformed to stone, completely still but for the flutter of breath, a blink here and there. In a semi-circle around them, attendees did their best to capture every inch: wooly, long purple hair, soft bellies with crepe-paper skin, nose rings, a tiny, twitching thigh muscle. Zedd’s “Stay The Night” pumped through the room, artists bobbing their heads as they worked.

It was one of the sessions at the third Sketch N’ Chill, held Friday night at Sol for Art on Sherman Avenue. Over 25 came out for the Edgewood neighborhood event, billed as “a night of libations with wine, great food, good vibes, live music and brilliantly created artwork.” Entry for the event, which is set to repeat later this summer, was $10. 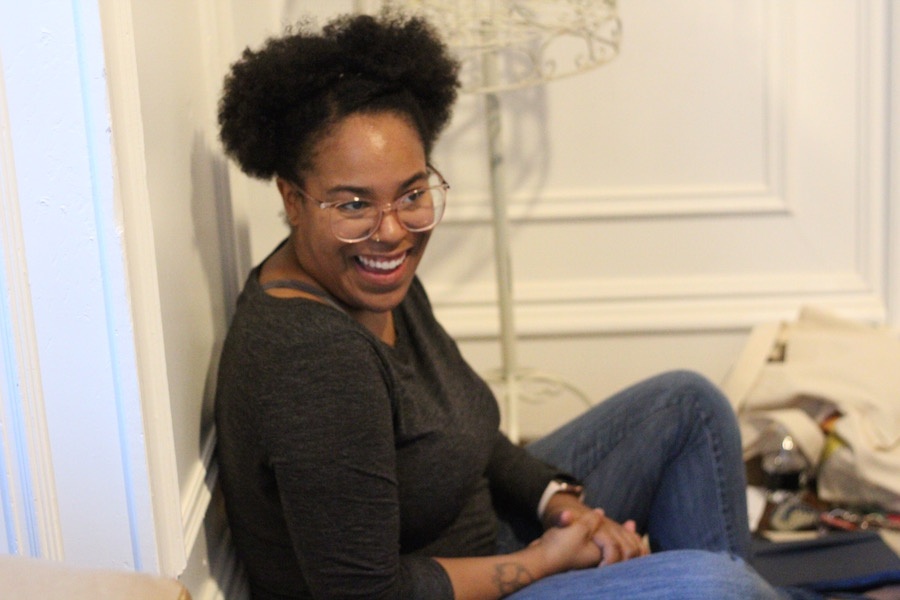 Ariel Herbert: “I wanted to create a space to just come together, create, and just bring community.”

Sketch N’ Chill began earlier this year, as artist and curator Ariel Herbert found that she was desperate for a cost-effective place to both practice art and open the craft to others. A commuting Master of Fine Arts candidate at Pratt Institute who also works in the Head Start Pre-Kindergarten program at the Dr. Reginald Mayo Early Learning Center, Herbert said she’s always been interested in design, playing with imagery from the time she was a teenager with a MySpace account.

But commuting between New Haven and New York City—a journey that can stretch beyond six hours round trip—she’s also become acutely aware of how little opportunity there is for artists in the area, and how hard it to find an affordable space for creatives to congregate. She added that's especially true for artists of color who don't have creative spaces in their neighborhoods, or may feel pushed out of the creative spaces in downtown New Haven. 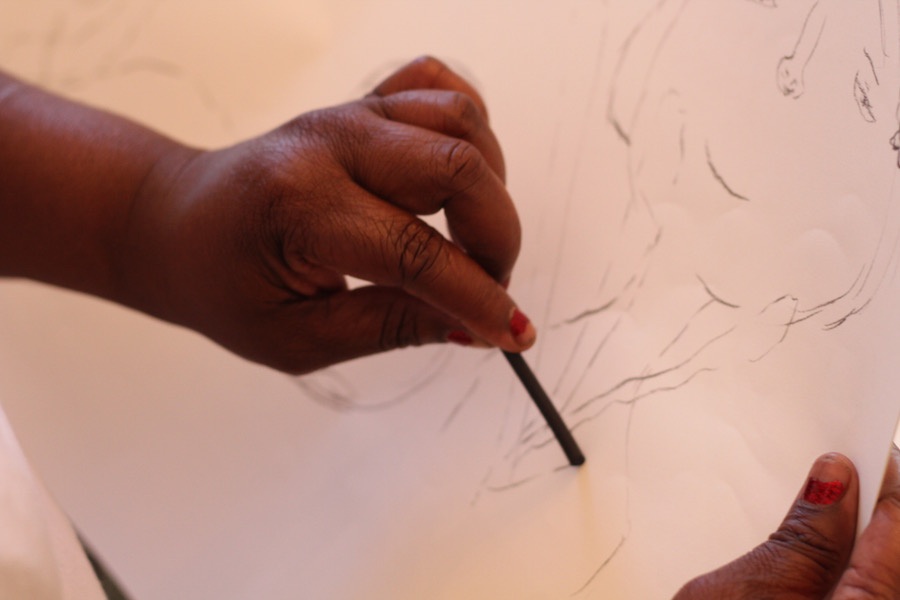 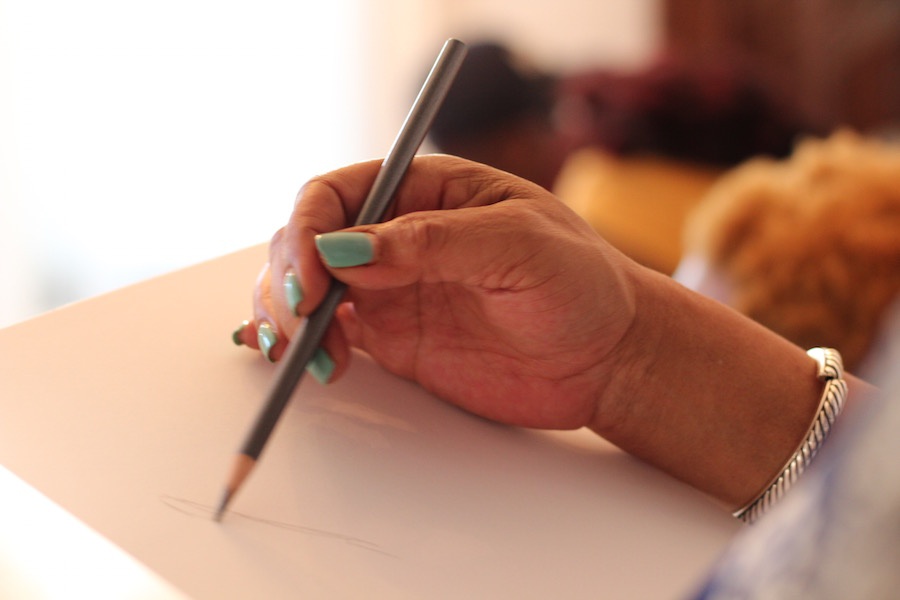 “I wanted to create a space to just come together, create, and just bring community,” she said Friday, surrounded by food that neighbors and Black-owned area businesses had made for the event. “I want to build relationships with the community.”

So she decided to do something about it. Last year, she began collaborating with The Lineage Group as it rolled out its RevA.A.R.T.lution series, curating its December “Seats at the Table” event and helping with its April session at Musical Intervention, geared toward artists who have struggled with homelessness.

In May, she held her first Sketch N’ Chill at a home in the Whalley/Edgewood/Beaver Hills neighborhood, and decided to spin it into into a reliable satellite series that showcases community venues for art.  The second, held earlier this month at DJ Dooley-O and JC X Arts’ studio space in Westville was at capacity. 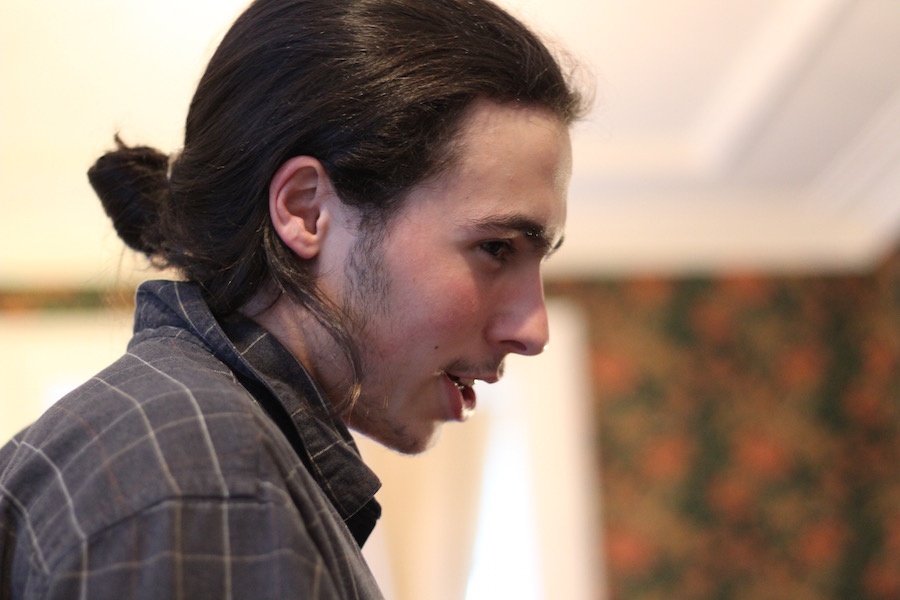 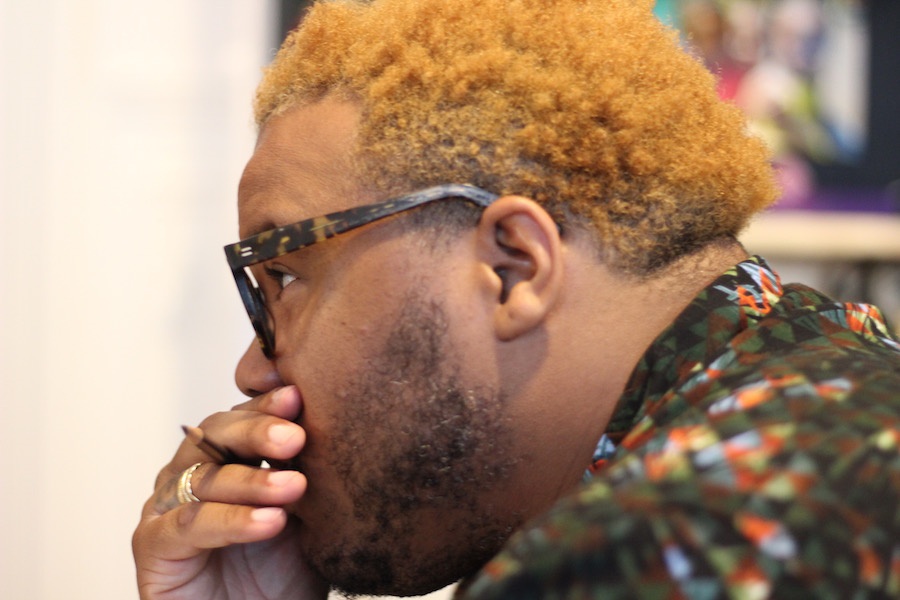 “It’s an open door,” she said. “Sketch N’ Chill is a space for artists and people who love the arts—arts allies!—this is a chance for them to get this exposure.”

Friday, that “open door” was actually a series of open doors that snaked through the historic Sherman Avenue house and emptied out into sun-soaked rooms with bright wallpaper, glinting side lamps, and plush couches and chairs. As attendees entered a second 20-minute session of the night in one room, music from Paul Bryant Hudson drifted through the space. A few new faces trickled in and took a seat, pulling out sketchbooks and sketchpads of all sizes.

In front of them, models Kaina Mondesir, Alexander Bogle and Ebony Shyntel struck a second pose of the night, moving from standing to sitting as the disrobed and chatted with Herbert. A golden light from outside dipped over them as they slid into position, Mondesir bringing a sheaf of grass and flowers to rest above her pubic fold. Then fell to a hush, the sound of graphite and charcoal persistent under Hudson’s vocals.

As she worked, artist and medical assistant Marsha Gaye-Campbell praised the venue, saying that she is already excited to return for more events.

“There was really nowhere in the neighborhood to make art,” she said, noting that she lives just two houses and a backyard away on Hotchkiss Street. “This is good. There’s something where you can sit down and make art.”

Gaye-Campbell had brought along her mom, New Havener Michelle Williams, to experiment with sketching for the first time. A semi-professional chef, Williams had heard about the event and come with steaming containers of jerk chicken with a special sauce on the side. The sketching, she said, was an added bonus. 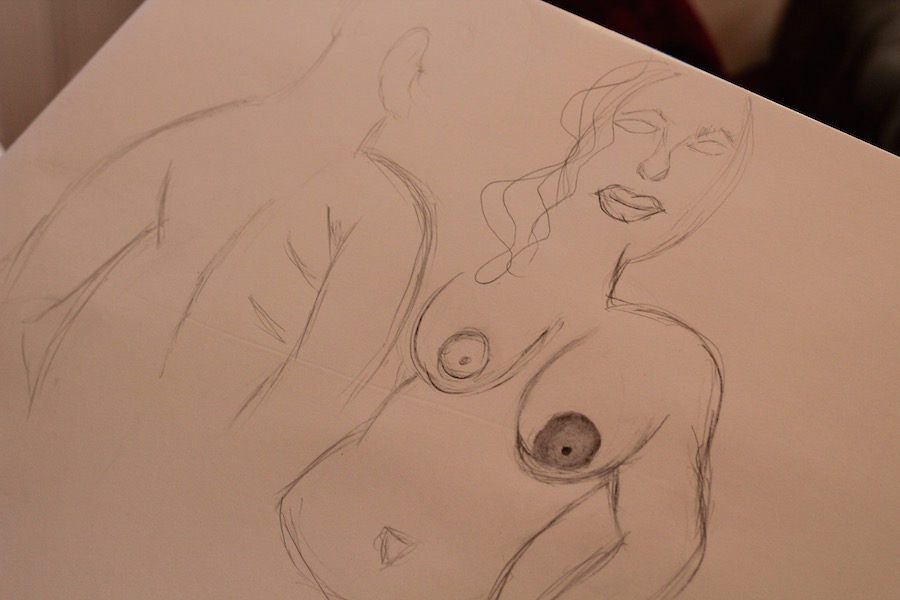 Down a hallway and through another three rooms, Herbert checked to make sure a session was underway. There, artists Raheem Nelson and Rahisha Bevins wound around the room, marking their places in a high-backed chair and by the space’s stately grand piano. Christopher Curti sat still nearby, as sketchers headed in to catch them mid-session. Herbert looked at her watch, and let the group know they had 10 minutes left.

Ten minutes later, she called all of the evening’s attendees into a main room. As models gathered, Lineage Group Co-Founder Malcolm Welfare and Mondesir serenaded the group, Mondesir’s original pieces and particularly haunting cover of “Strange Fruit” hanging in the air afterwards. Herbert invited all of the evening’s models into the room. They spread out, striking a pose made for the cover of Essence. 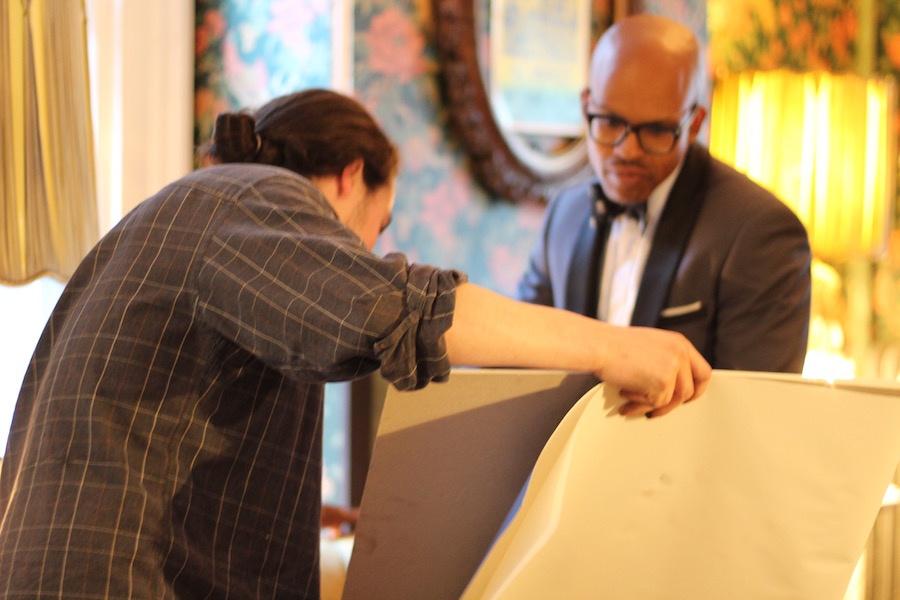 “It’s amazing,” said Steve Nardini, a self-taught painter who began as a photographer two years ago. “Euphoria. As a self-taught artist, to come to classes for cheap is really rare. To come, learn from other artists, draw for not $100—it’s beautiful.”

To catch video from the event, check out The Arts Council of Greater New Haven's Facebook page, where we Facebook Lived performances from the evening.