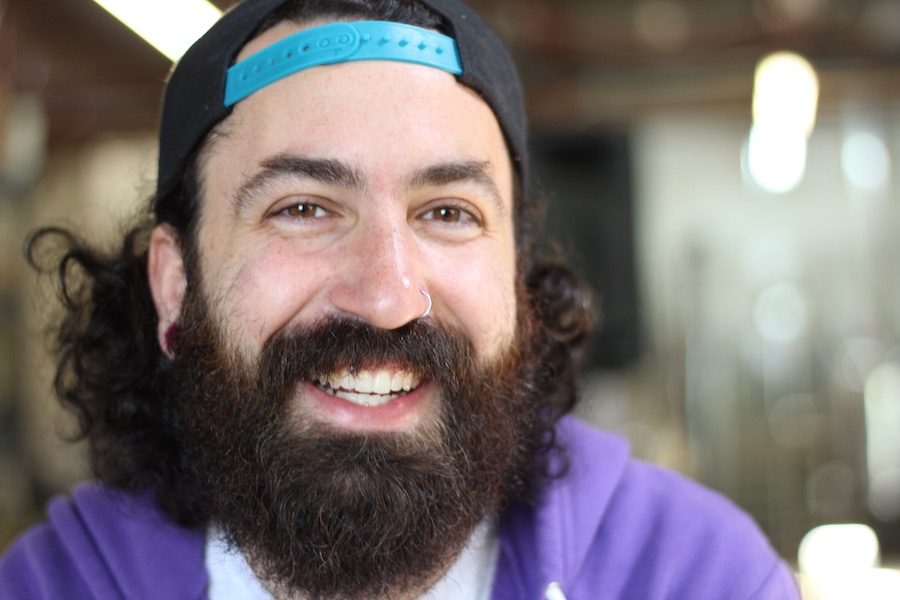 “We are all soldiers trying to get our brands out there,” Armada Brewing Co.'s John  Kraszewski said earlier this week. “It’s a building that’s housing soldiers. The beeracks. The beer soldiers.” Lucy Gellman Photos.

The bar is wiped clean, ready for business. Cans and taps snuggle next to each other with familiar names: American Flyer, White Storm, Nite Lite, Hey Mama. But something has shifted in the warm, wheat-scented air: those brews are no longer just under one roof, but on equal, hoppy footing, soldiers in a war to promote good, local beer.

That’s the story at The Beeracks, a new-old cooperative brew space and taproom at the home of Overshores Brewing Company in East Haven. After reshaping and expanding its identity earlier this year, the space will host a 12-hour launch this Saturday, inviting people in from noon to midnight. Of the state’s 65-and-counting breweries, it is the first of its kind.

The Beeracks was born earlier this year, as Overshores and Armada Brewing Co. owners Christian Amport and John Kraszewski started brainstorming ways to bring attention to work they were doing with small-batch, contract breweries in the area. Often, those operations are too small to justify building a brewery of their own, or don’t have the funds to get a brick-and-mortar operation off the ground. 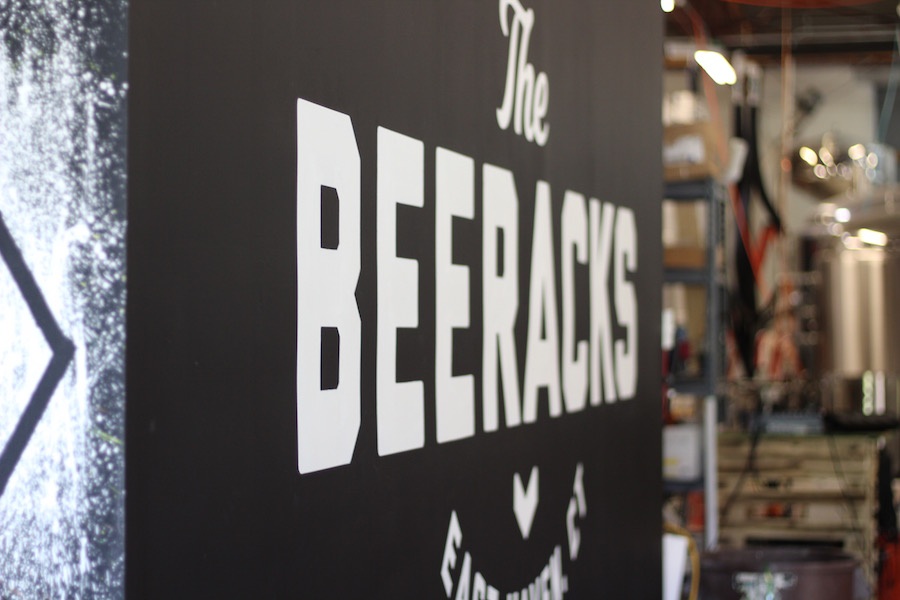 It has signaled a sort of shift for Overshores, born as the state’s only Belgian beer brewer in 2015. In 2016, Kraszewski launched Armada Brewing Co. out of the space, hiring more staff as he balanced his own brewing company with marketing and outreach for Overshores. Requests for brewing picked up, with more equipment moving into the building, and more types of beer coming out. By early 2018, the brewery had become a sort of incubator, housing the state's first Black woman brewer,  forays into Connecticut sours, and a fair amount of bubbly, fermented New Haven nostalgia.

But Kraszewski still saw a problem—even with a growing list of partners, Overshores patrons didn’t know the space housed so many brewers. The Overshores brand was what they saw when they searched for an address, Googled breweries in the area, or rolled up to the taproom for a drink. And to Kraszewski, a rebrand seemed increasingly in order. 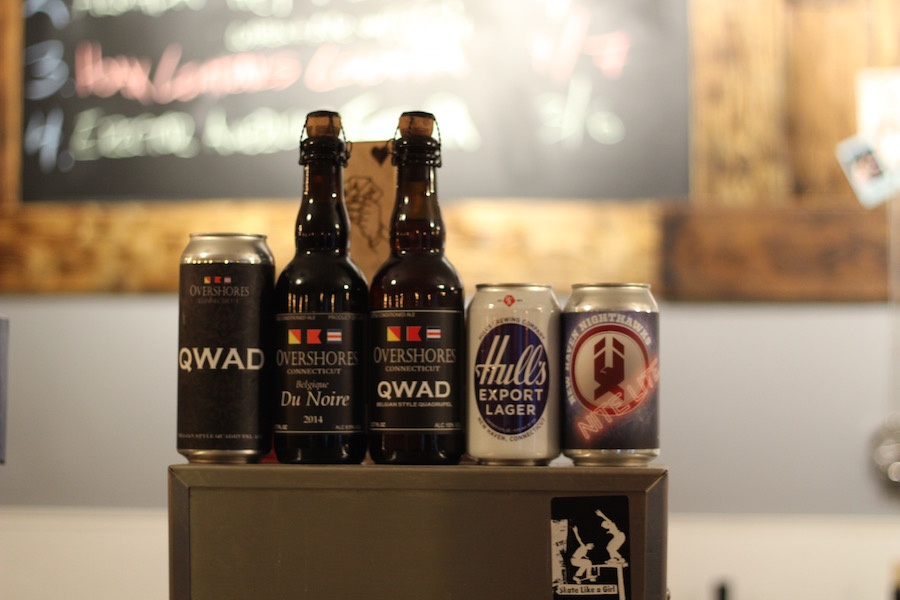 “We wanted to come up with a way to let people know there’s more than one brewery at this location,” he said in an interview earlier this week, checking the temperatures on fermenters as he spoke. “You can come here, experience seven, eight, 12 different brands and have good time.”

“It’s all about camaraderie,” he added. “We work together. All the breweries in the state—we all represent Connecticut beer as a whole. And kind of what we do on the scheme of the state, is what we’re doing in one building. We’re bringing brewers together.”

As he began to transform the space, Kraszewski said he prioritized that mission, thinking of ways to articulate the importance of multiple brewers under one roof. He said he wants to show patrons how the building’s occupancy has literally multiplied from one brewery to two, and two to seven, with an expected two more in the next few months. 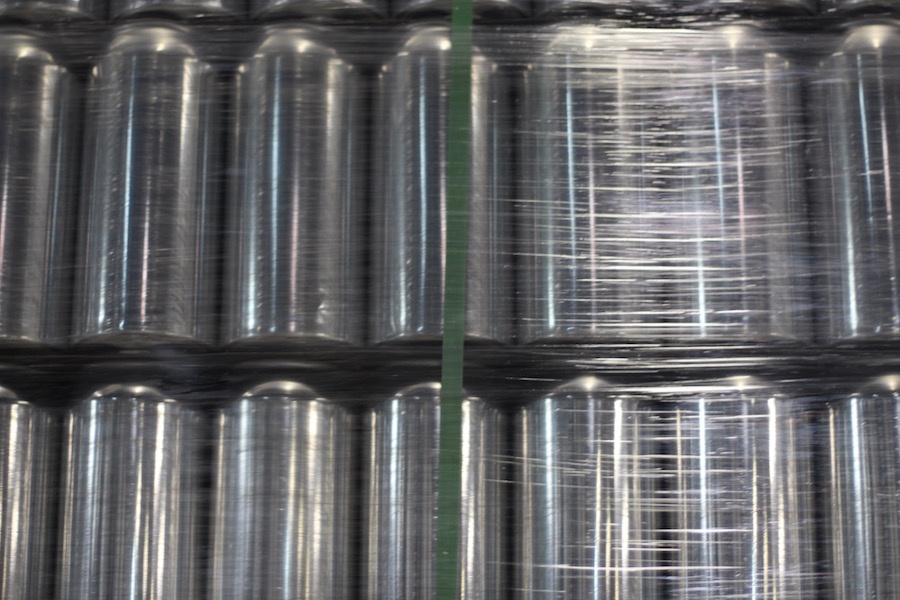 In the brew space, ceiling-high crates of cans wait to be filled.

But until recently, there was still the issue of a name. For weeks, Kraszewski, brewing colleagues, and Overshores staff (in all, there are five employees) pondered over what to call the venture, their discussions unspooling over the lagers, Belgian whites, blackberry sours, and Imperial Pale Ales (IPA) that the brewery has begin turning out in the last two years. Suggestions arose, and then were tossed out. Kraszewski recalled a proposal for “The Mothership” that didn’t feel quite right. Nothing stuck.

Then one night, he was working late at the office, running between brewing equipment, colleagues and paperwork in the warm, hop-scented air. He had a sort of revelation: Overshores was building a barracks. A beer barracks. A beeracks.

He wrote the words on a napkin and showed it to his colleagues, so no one would utter the name allowed in a packed taproom. They approved it immediately.

“We are all soldiers trying to get our brands out there,” he said. “It’s a building that’s housing soldiers. The beeracks. The beer soldiers.” 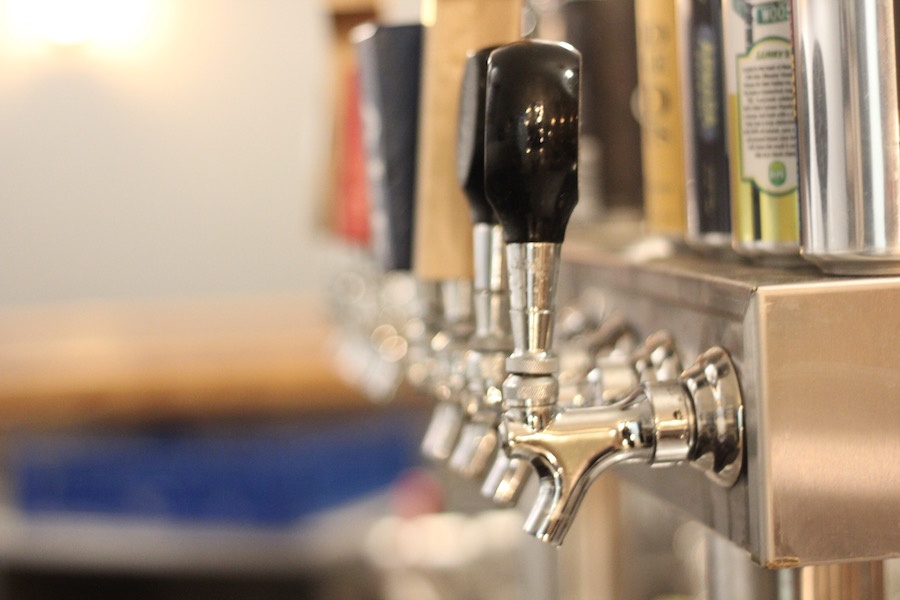 As the crew finalizes preparations, Kraszewski said that inquiries are already rolling in from small breweries, home brewers, and beer enthusiasts, sometimes as many as seven a week. He said he responds to all of them, energized by the space’s new brand and expanded mission, and ready to help them join the ranks.

“I want entrepreneurs to come out and start their own beer brand,” he said. “If they have a passion, if they think is their artistic expression, we want them to come in here.”

“But you have to be ready to make that leap,” he said. He paused, looking around the space. “There’s nothing like it in Connecticut.”