Symphony Names Its Next Music Director 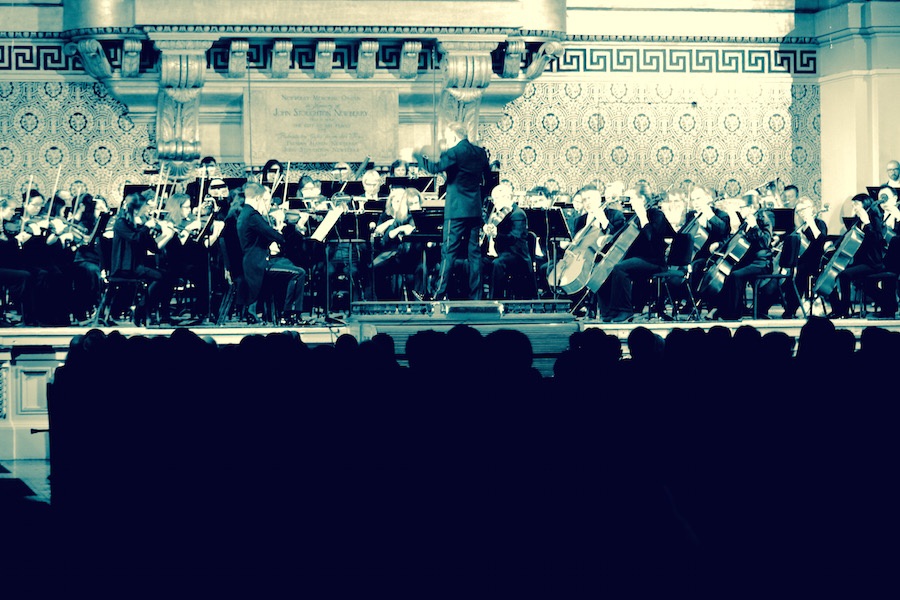 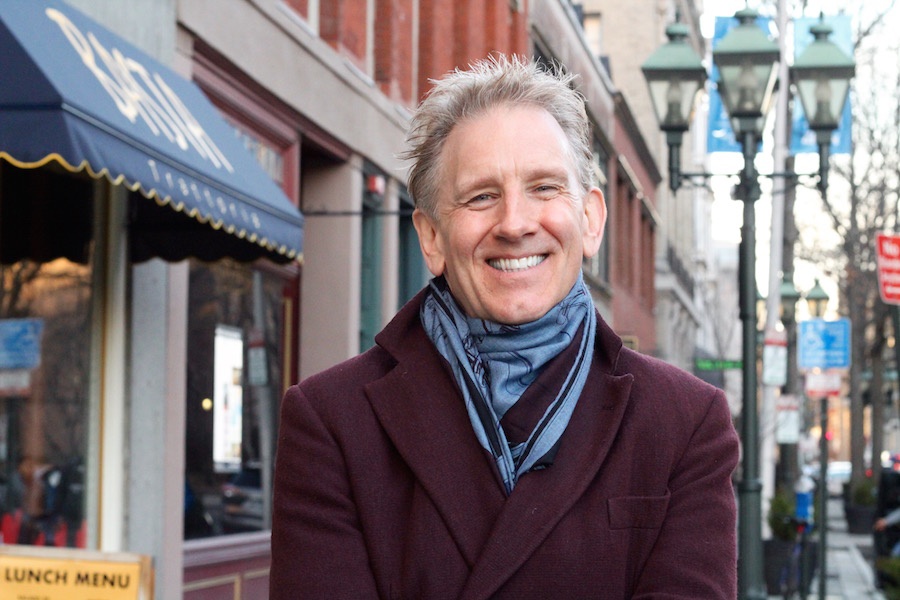 Alasdair Neale photographed downtown in February, when he was visiting New Haven for his audition concert. Lucy Gellman File Photo.

As the next music director of the New Haven Symphony Orchestra, Alasdair Neale is planning to program a lot more music that reflects his audiences—but first he’s going to listen to figure out who those audiences are.

Neale—beamed in over Skype—made that vow Tuesday morning at Southern Connecticut State University’s Adanti Student Center, where representatives of the NHSO gathered to announce the organization's 11th music director in a 125-year history. After receiving over 150 applications and auditioning three finalists (Neale, Rebecca Miller and David Amado) earlier this year, the organization announced Neale as its final decision. He will start a little over a year from now, in fall of 2019.

NHSO Board President Paul Hermes and Executive Director Elaine Carroll both noted that the organization was pulled toward Neale for his commitment to music education, interest in new and wide-ranging programming, and eye toward growing younger and more diverse patron bases.

“I’m enormously grateful to [outgoing Music Director] William Boughton for his 12 years of tremendous artistic leadership,” Neale said, getting slightly emotional from where he sat in his living room in California. “It’s no accident that the orchestra is playing at the level that it is now, and it’s a tribute to his leadership and musicianship that I’m able to inherit such an extraordinary group of musicians.”

“It’s very clear to me that the musicians of the New Haven Symphony constitute what I would describe as a civic treasure,” he added. “It’s something to be celebrated and trumpeted loudly. And one of my central missions of music director will be to build upon this legacy … and encourage, by whatever means I can, to bring in more and diverse audiences.”

Neale will not officially begin his tenure until fall 2019, after Boughton conducts the symphony’s 125th anniversary season. But he will be in New Haven as early as September to work with the symphony on the 2019-2020 season, and said he plans to start getting a lay of the land when he is in town. He mentioned scoping out housing (he has identified the 360 State Street Apartments as one place he may live) and starting to “listen to the community” on his visits, of which there will be four in the coming 2018-2019 symphony year.

“I am the opposite of a fly-in-and-out jet setting maestro,” he said. “I love putting roots down in the community. I firmly believe that the only way to be an effective artistic leader is to be visible and enthusiastically participating in all aspects of the community. So you will expect to see me not just in Woolsey Hall, but on the street, in restaurants, in the grocery store, at the movie theater. And I expect you to come up and say hi along the way.”

In part, he added, it’s more of a new-old homecoming than a totally fresh start. While Neale currently serves as Music Director of the Sun Valley Summer Symphony (SVSS) in Ohio and Marin Symphony in California, he laid his musical roots in New Haven, where he fell in love with the Elm City as a student at the Yale School of Music in 1983, and then as music director of the Yale Symphony Orchestra from 1986 to 1989.

In an interview earlier this year, he stressed the importance of understanding that the city has changed—a lot—in the 35 years he’s been away. He doubled down on that point Tuesday, noting that he is planning a “listening tour … to talk very little and listen as much as possible” with teachers, nonprofit leaders, and music students and educators in the New Haven Public Schools. He recalled the joy that he felt spending time earlier this year with young music students, and said he looks forward to opening his ears to them when he arrives back in New Haven.

“I’m going to cast as wide a net as possible,” he said. “Meeting not just with the board and the staff and the orchestra and donors, but also other civic and community leaders. I really want to form as accurate a picture as I can of the community and its needs.”

And, he said, he’ll be bringing some of the West Coast with him—adding more contemporary and diverse music to the 2019-2020 program as he did with Mason Bates’ Mothership and Kevin Puts’ This Noble Company during his audition concert earlier this year.

“It’s coming full circle,” he said. “Now I have the pleasure and the privilege of serving the community that welcomed me all those years ago.”

City arts czar Andy Wolf, also in attendance, said he is enthused by Neale’s appointment and especially his commitment to equity and inclusion in public schools' music curricula, on which Yale University has just released a report.

“This is a point of civic pride and a springboard for the next generation of bringing music to young people,” he said, showing off a tie decorated with swirling green, orange and yellow french horns and violins. “It will deliver in so many profound ways.”