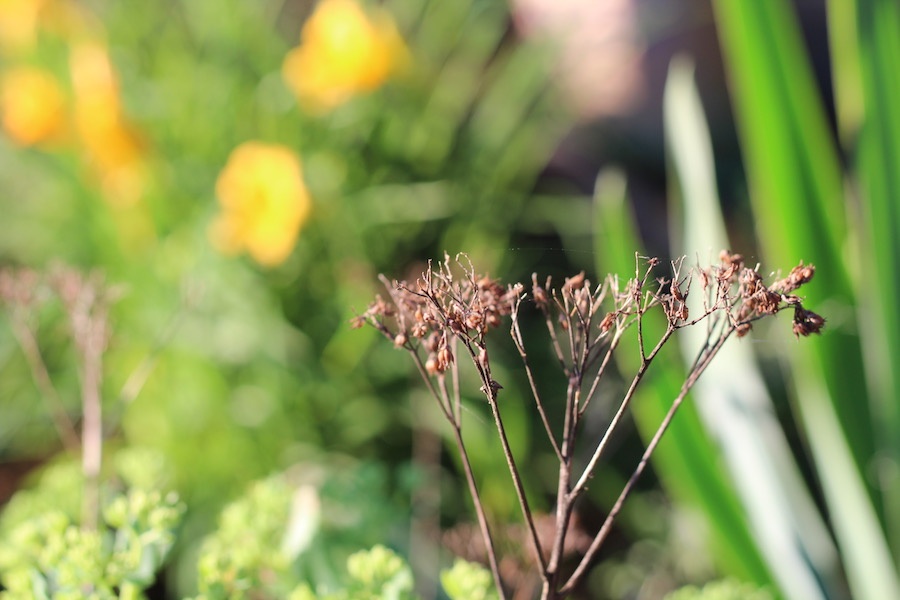 For the eleventh year in a row, Ms. Betty Thompson has one summer wish: that daisies, black-eyed susans, and a spray of white perennials on English Drive will slow drivers down on their way through Cedar Hill.

Or the hand-painted planters and trash cans that once populated Warren Place.

Over a decade in, 74-year-old Thompson is still leading summer beautification efforts in New Haven’s Cedar Hill neighborhood, a section of the city cut off from East Rock in by Interstate 91on one side and East Rock Park on the other. Friday evening, she kicked off summer community cleanup efforts with a handful of neighborhood volunteers and Kelechi Eleanya, an intern from the Urban Resources Initiative (URI) at the Yale School of Forestry.

This year—as in many years past—the cleanups are targeting three small public gardens in Cedar Hill. The first, and longest standing, stands at Warren Place just beyond the neighborhood’s View Street splash pad and playground, where the street bends and sounds from the highway are audible. A second sits at the intersection of Rock and Grace Streets, where drivers enter the city from Hamden. The third, and target of Friday’s cleanup efforts, is housed in the English Drive median where Rock and View Street collide at the entrance to East Rock Park.

Each of the gardens has suffered from crime and blight in the neighborhood, said one volunteer who asked not to be identified. Earlier this summer, neighborhood activist Camille Ansley decorated a sandwich board at Rock and Grace Streets congratulating high school graduates in the neighborhood—but it was stolen after a few days, suffering the same fate that several hand-painted trash cans and a little free library did last fall. At Warren Place, there’s been considerable illegal dumping that can go weeks before it gets cleaned up. And at English Drive, Thompson has seen cars slam into the median as they speed through.  She said it went in over 10 years ago as a traffic calming measure.

“You have to slow down to see the beauty, the different textures, the different greens,” she said Friday night, smoothing a fragrant layer of mulch on an English Street median. “It’s been such a please connecting with URI to plant these trees, and help make the city beautiful. It relaxes me to see a garden flourish.” 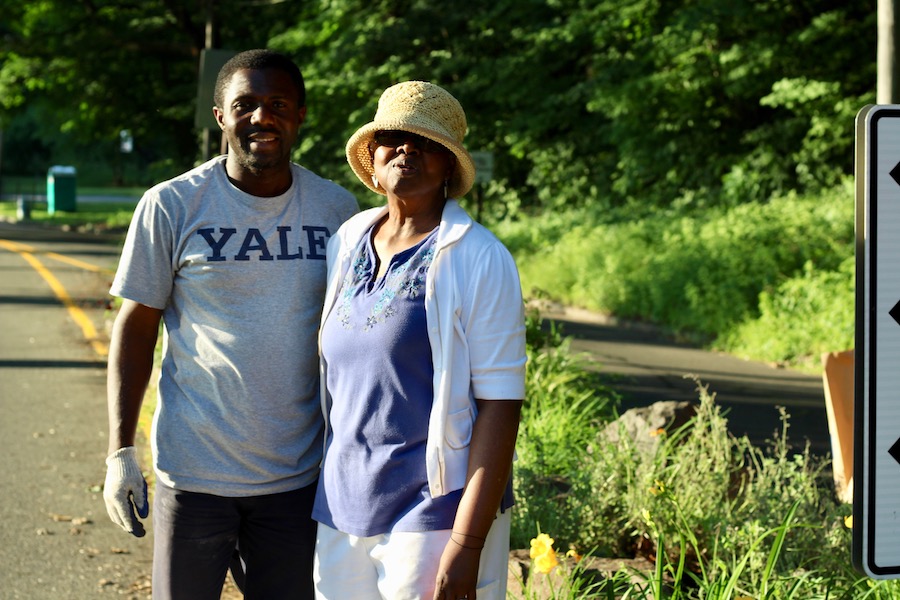 For Thompson, the gardens are part of a “constitution of wellness” that she has practiced since a cancer diagnosis, hospitalization and subsequent heart transplant several years ago. Born and raised on a farm in Hawthorne, Flo., she said she’s always had a “passion for mud,” and knew she wanted to make gardening part of her life in New Haven. In addition to a trail in nearby East Rock park that is transforming into “Betty’s Way,” the gardens are part of a routine that she said reminds her of what she’s still able to do.

“Gardeners are people who believe in tomorrow,” she said.

But, she added, she can’t do it alone. Calling the Warren Place site “one of my babies,” she added that she hopes to see neighbors come out to help in the next weeks, as the gardens are weeded and re-mulched, new plants are added, and plants get much-needed water in the summer heat.

“It’s really interesting to see how the passion from a community member can show results in the long term,” said URI's Eleanya, a second-year student at the Yale School of Forestry who worked on the United Nations’ Millennium Development Goals and as a teacher at the Federal University in Nigeria before coming to New Haven. “This is all about community. It’s a good example of saying that whatever dream you have, don’t let it die. It will live beyond you.” 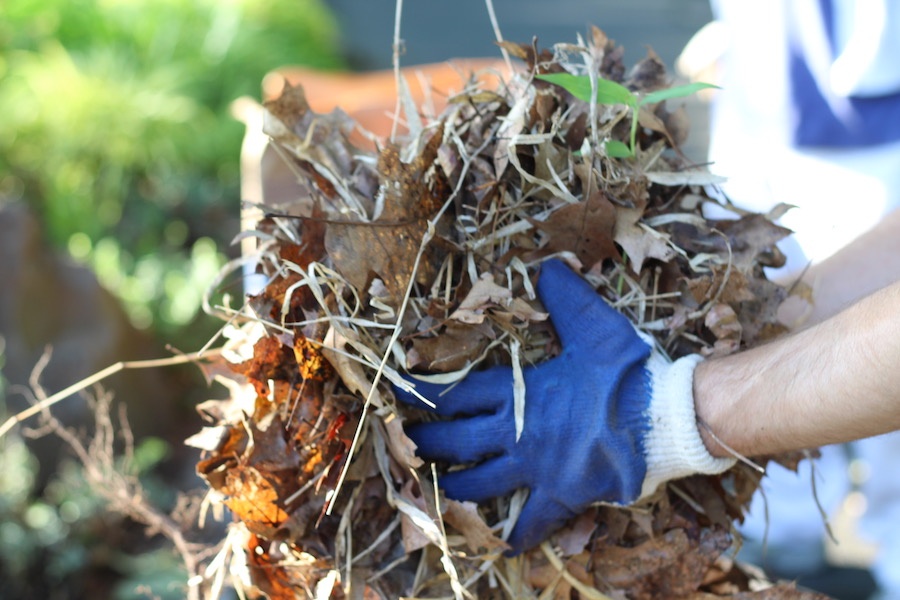 Volunteer Thomas Breen lends a hand. "It was a thrill when he said 'You got extra gloves?'" Thompson said. "That never happens."

Around Eleanya and Thompson, cars continued to whiz by, a few slowing down as volunteers hopped up on the median or pressed themselves close to the shoulders of the road. Driving through, neighbor Meg Ifill waved enthusiastically, encouraging Thompson to keep up the good work. Another stopped his red truck long enough to roll down the window, and check out a few daisies that bobbed in the breeze.

“Can I get my yard done?” he yelled out the window, cracking a smile.

Thompson was less amused. “You know you can help!” she replied, watching the car as it took off off through East Rock Park. Her voice carried on the wind. “We need you.”

She looked back at the four volunteers who had gathered at the site.

“It doesn’t take much for a gardener to be happy,” she said. “But you know, no one ever pulls over and says: ‘You got another pair of gloves?’”

Cedar Hill's clean up days run through early August from 5:30-7 p.m. each Friday evening. Thompson said she is always looking for new volunteers to come out and join the group, which meets at the View Street playground and works from there.