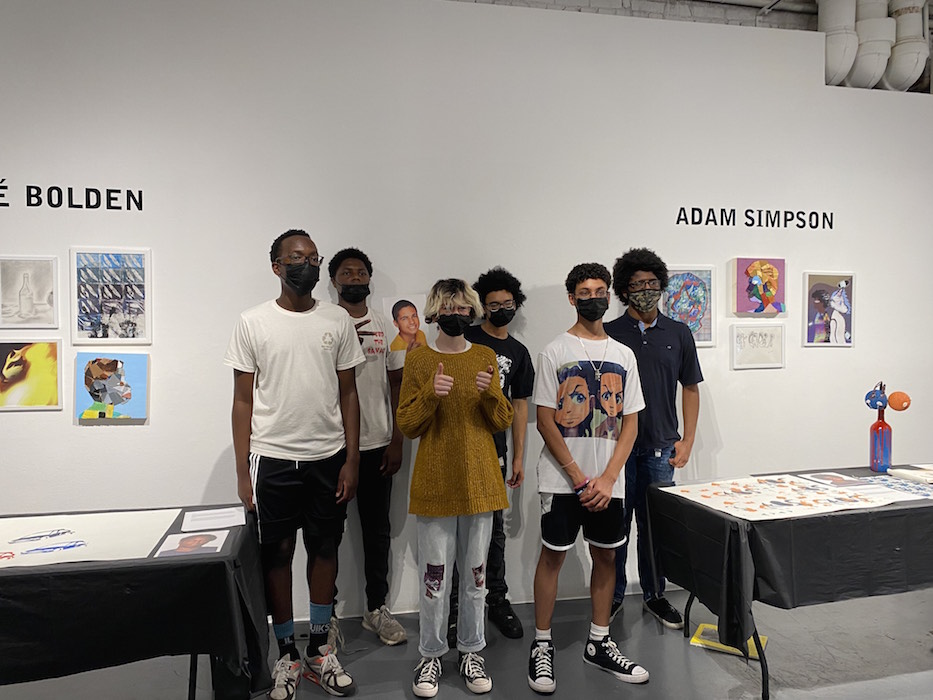 Hidden beneath shrubbery, a deep brown face emerged, ringed in dark curls. The person’s mouth appeared to be smiling, but their eyes told another story. It was a story of camouflaged beauty. For student Luca Rivera, it was also a story of self discovery.

This summer, Rivera was one of six students in Artspace New Haven’s annual Summer Apprenticeship Program (SAP), which last Friday culminated in a final showcase and portfolio review from high school students at the organization’s 50 Orange St. hub. Over two hours, students spoke about how the program has influenced their practice in the last several weeks. Roughly 50 people attended. 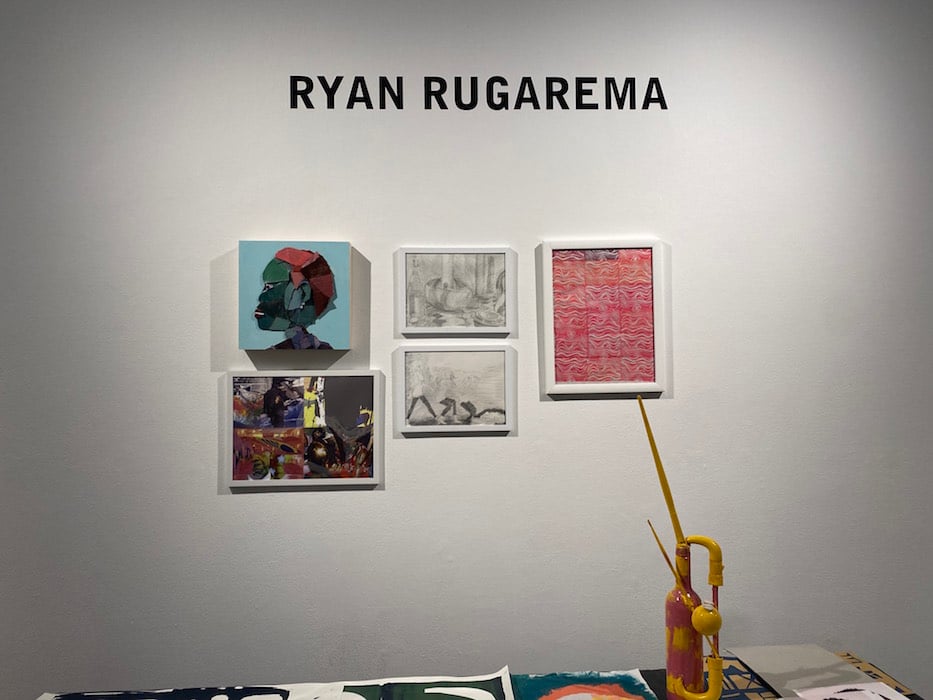 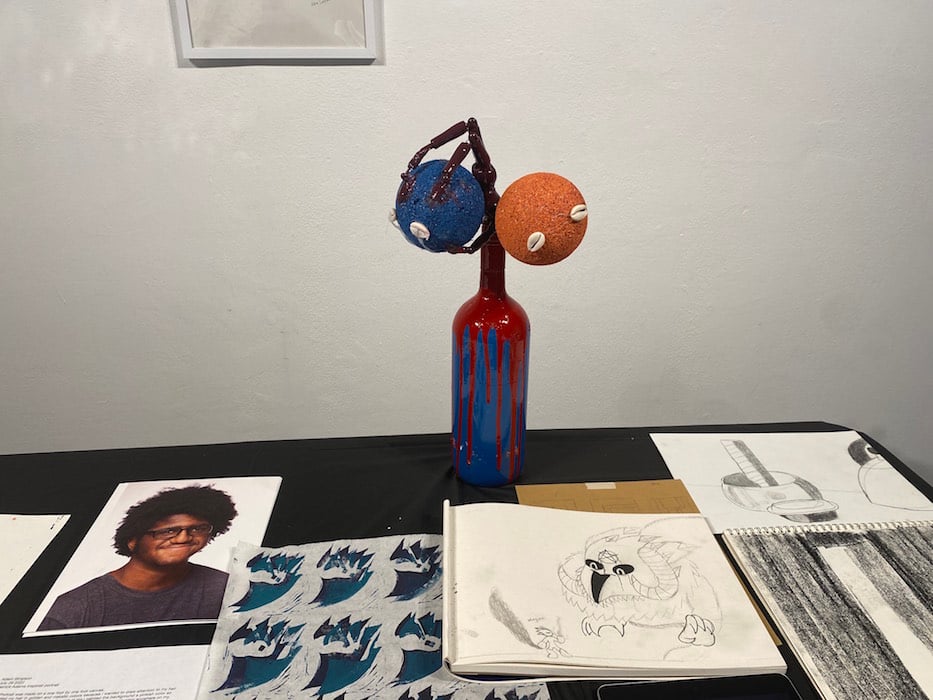 “My favorite part of the program is having teachers who are actually artists,” Rugarema said. “It’s valuable to have active instructors.”

Born in 2001—and one of the many summer arts programs that braved the virtual pivot in 2020—SAP followed a slightly different format this year. On Mondays, students discussed art history and writing. Tuesdays were for two-dimensional or 2D drawing, with a class that introduced an array of drawing methods and materials. 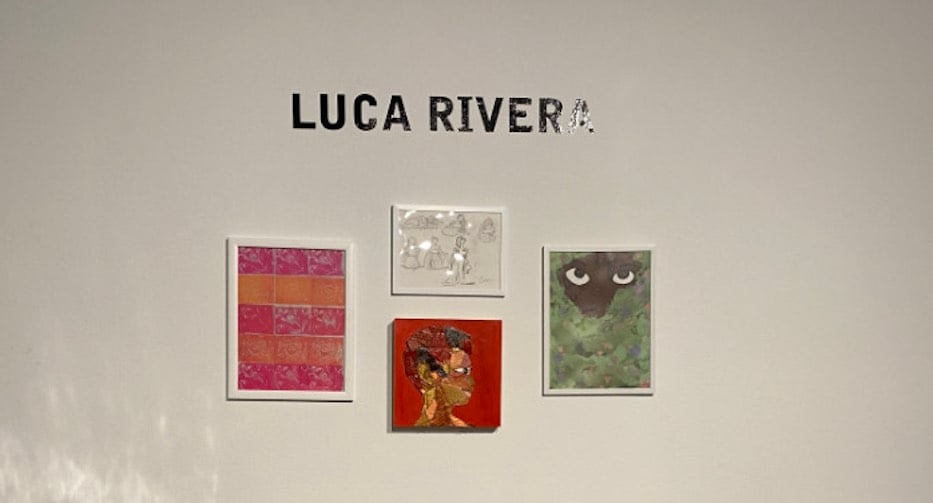 Rivera, a rising sophomore at James Hillhouse High School, dedicated much of his work to honoring Black beauty and his heritage as an Afro-Latino. Along the wall at Artspace, he chose to tell his story through four works of art assigned in the program. To the left, his printmaking practice took viewers through an array of lines and colors. To the right, Rivera had used digital media to create a spontaneous drawing, communicating a narrative of unrevealed beauty.

Between the two, a still life drawing of a woman unfolded across a page. Beside her was a mixed media portrait inspired by artist Gabriel Pacheco.

“From a young age, my mother has always tried to instill in me that I am a person of value,” Rivera said. “As an Afro-Latino, I try to incorporate my biggest tropes and most natural forms of expression in my art.”

Using oil paint and a wine bottle, Rivera turned the simple assignment of creating a sculpture into a vessel that showed onlookers who he is. By covering the wine bottle in royal blue, he explained that he was covering a representation of his own body in the same color his mother dressed him in as a child—a color that he gets validation from. By adding yellow to compliment shells, and bristles, Rivera completed the self portrait.

“In this piece I am essentially laying myself out before the people.” Rivera said. 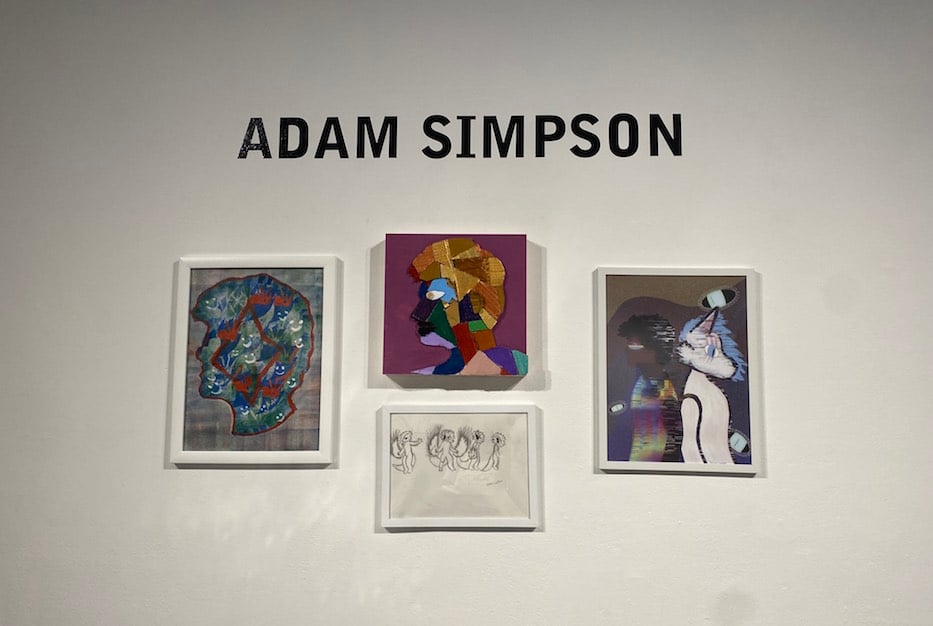 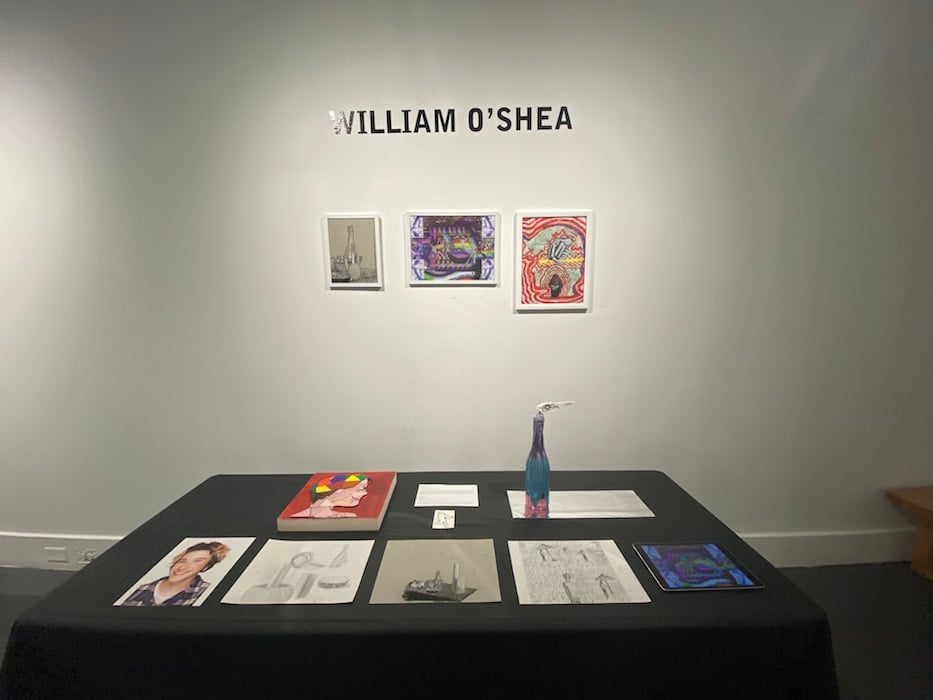 Similar to Rivera, fellow student Adam Simpson took the sculptural assignment to heart. Using his favorite colors, blue and red, Simpson created a piece that stayed true to his style as an artist. Using a wine bottle as a body, red paint to signify blood, and two spheres expressing one smiling face and one frowning face, Simpson created a mannequin-like sculpture with frightening elements.

Moving into his other work, Simpson continued to incorporate visions of himself, including his digital media project. Using the app Procreate, Simpson created a self portrait-esque piece that took three weeks to create. In the artwork, Simpson is drawn with his back against his wolf-like alter ego. Simpson's drawing of himself is heavily blurred to show that he has a stronger interest in his alter ego than in himself.

“I used static in the portrait for aesthetic but also to blur both focal points, showing that they are both flawed.” Simpson said. 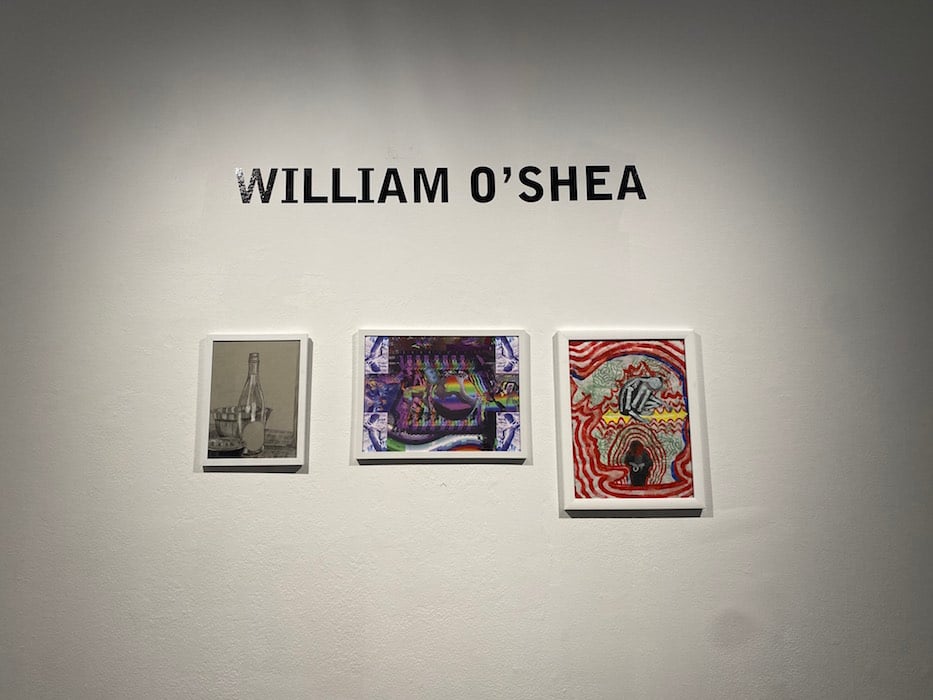 Because of this program, many young artists were able to experiment with and learn many techniques they never used before. In O’Shea’s case, it was getting another chance at creating still lives.

“Before this program, I didn’t like making still lives,” O’Shea said. “This time, though, it was pretty zen. I’m definitely open to trying them again in the future.”

Similar to Simpson, O’Shea took a lot of interest in his digital kaleidoscopic portrait project. Using a different method than Simpson, he attempted to “color bomb” and attack the eyes of viewers. O’Shea used photos of himself and his siblings with other images he compiled to create a spontaneous piece of art that communicated his interest in psychedelic art.

Fellow artist and Educational Center for the Arts student Rugarema took a similar, chaotic approach to his digital artwork. Prior to the program, Rugarema had never used digital software on a serious level, so the first day was a learning curve, he said. As he became more acquainted with the format, he allowed himself to create a collage that represented himself. Using colors and distorted images in a chaotic array, Ragarema created something that became his favorite piece of art.

“The program is structured with assignments that push you where you couldn’t go.” Rugarema said.

For the group of students that have been artists for their entire lives, participating in SAP meant expanding their repertoire and knowledge.

“The program gave me many opportunities, and this has inspired me to try new things.” O’Shea said.

Learn more about Artspace New Haven at its website. Jayla Anderson is a rising junior at Cooperative Arts & Humanities High School and an alum of the Youth Arts Journalism Initiative. She is a participant in this year's 2022 YAJI Summer Camp.