At Erector Square, Artists Welcome Back The World 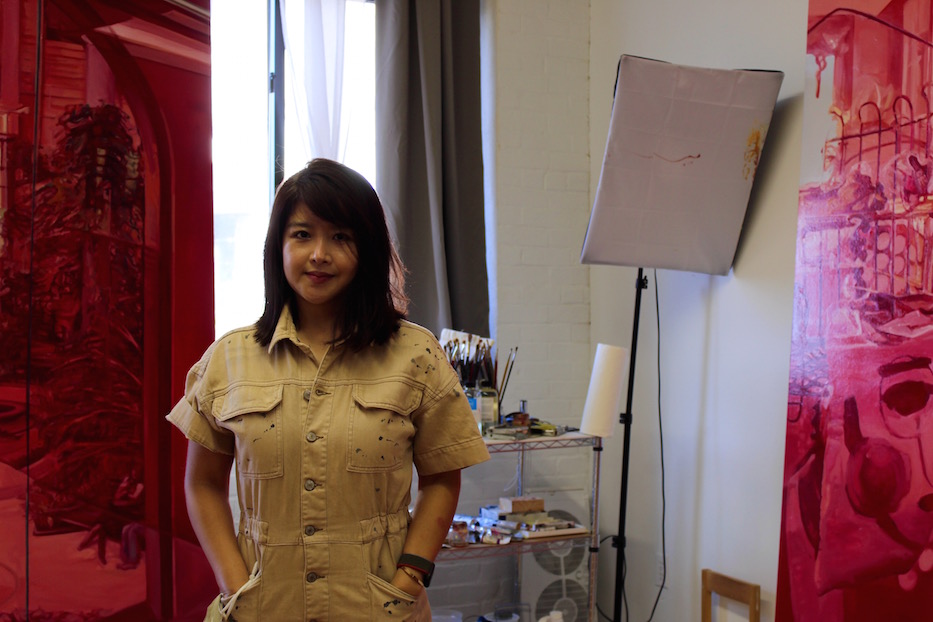 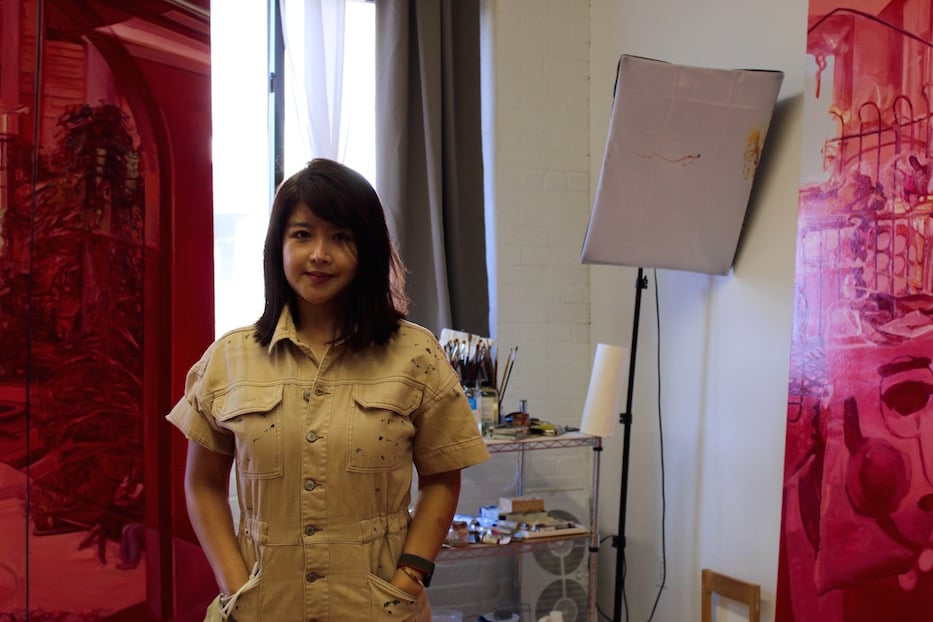 Two grand panels welcomed visitors to Jihyun Lee’s studio, depicting a variety of objects. Fountains, overhead LED lights, cups, cupboards, and the occasional disembodied face beckoned in monochrome red and a sheen like that of lacquered wood. If the works brought kitchen drawers to mind, in their haphazard variety, was exactly the point.

“At the end, my painting tells the story, because it has something inside,” she said. “The image, the painting, the work can talk.”

Lee’s studio was one of many in Erector Square that opened to the public last weekend, as part of Artspace New Haven’s 2021 Open Source Festival. The festival is a visual arts showcase that takes participants through New Haven, from open studios at Erector Square in Fair Haven to others in Westville, Dixwell, East Rock, and Hamden.

A detail of Lee's work.

Saturday, artists like Lee greeted visitors in the large, labyrinthine set of buildings that comprise Erector Square. Lee’s mother’s polished, bright-red kitchen cabinets in her home in Korea were the inspiration for the artist’s work, as they seemed to reflect not only the present but also past memories and future memories.

The paintings provided a glimpse into Lee’s own psyche, to the “mixed up, overlapped,” and sometimes “unrelated” images there, images that Lee can re-imagine or influence through her work. 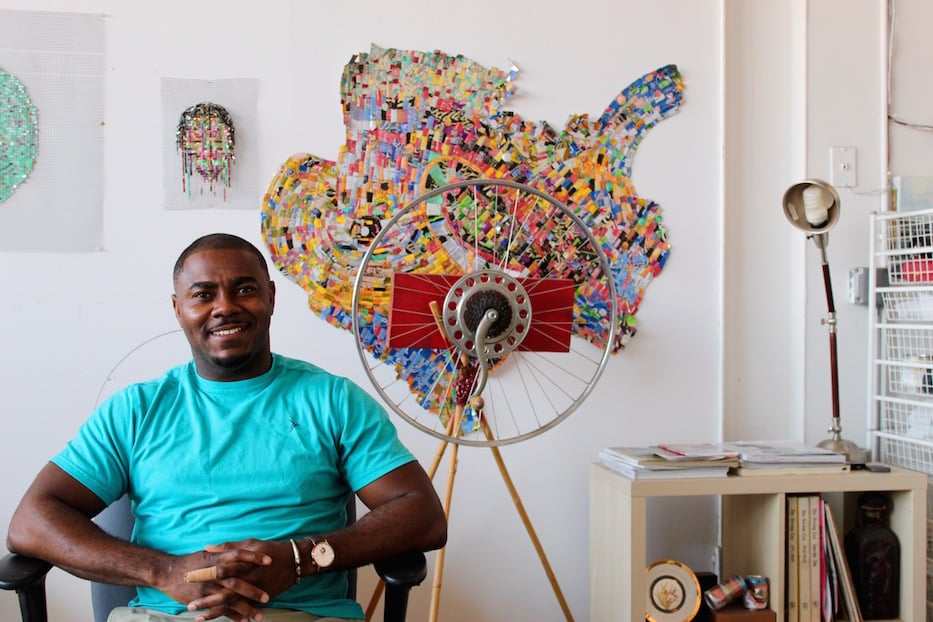 At the end of one hall, Faustin Adeniran’s multimedia art covered the walls of his studio, spilling to the walls outside the door. Adeniran is no stranger to Erector Square—he has had his studio for almost five years and has lived in New Haven for almost a decade. He sat on a cream-colored sofa as he spoke on the process behind his multimedia sculpture “Redlined,” part of his Transformations series.

The geometric sculpture was striking, a wooden frame bent into the shape of a parallelogram, with strips of hardened black fabric and crisscrossing copper wires inside.

“If I decide to take it off from the frame, it will just remain like that,” Adeniran said, explaining the structure of “Redlined.” “It won't fall together. It will just be as it is because it's frozen into space.” 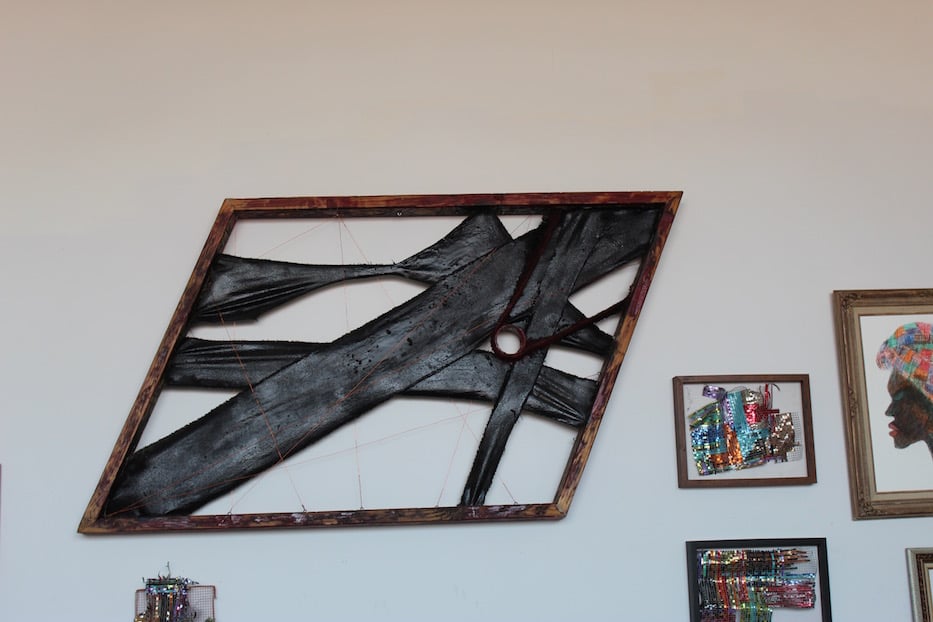 While the larger Transformations series explores the “transformation of the African mentality ... to rather desire things that are more European than our handmade, homemade things,” he said that in “Redlined,” he wanted to show that redlining is a “continual thing.” In his own practice, he traces redlining to the Berlin Conference of 1855, when the colonial European powers partitioned Africa and still continues today.

“We redline people who we do not want to be associated with,” Adeniran added. “If you have friends that, you know, you feel like there's no need to ever feel any further relationship with, [you] redline them.” 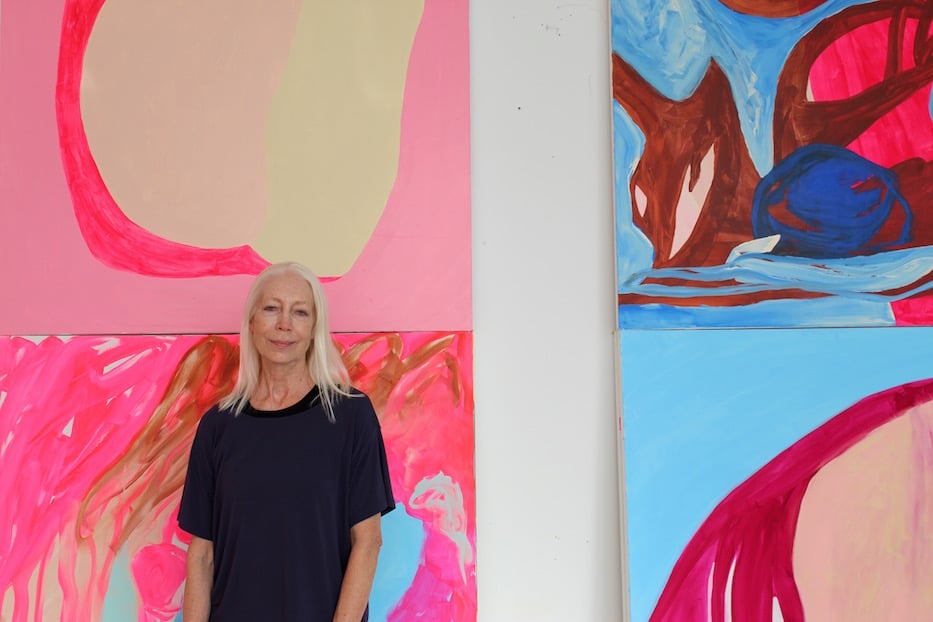 Down the hall, gauzy white curtains billowed out from a wall of opened windows in the studio of Annie Sailer, a visual artist, dancer, and director of the Annie Sailer Dance Company.

Sailer’s paintings are large, almost her own height, covered in bright and expressionistic brushstrokes. She said they are inspired by virtually anything—“something in nature, something in design, fashion, something that I saw in Walmart.” A group of pink-toned paintings, which she completed over a period of three weeks, remains her favorite.

Sailer’s training in dance influences how she looks at spatial relationships and ways to form two-dimensional spaces in her visual art, she said. In turn, her training in visual art influences the “improvisational” costuming, “found clothing, vintage clothing, weird different mixtures of clothes, chain store [clothing]” used by her dance company.

She noted one common misconception, that “some people think that I paint and I dance around. That is not at all what happens.” 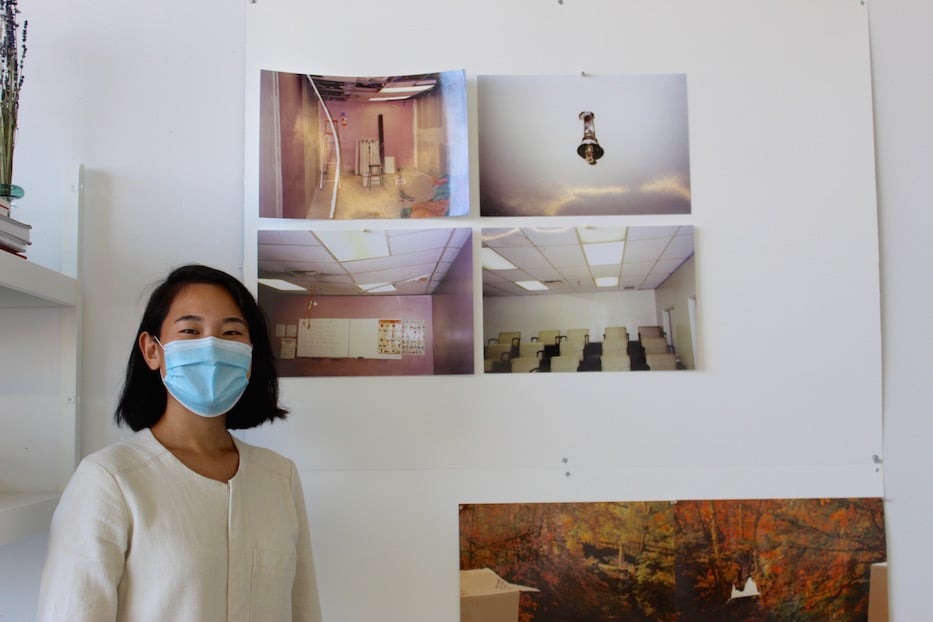 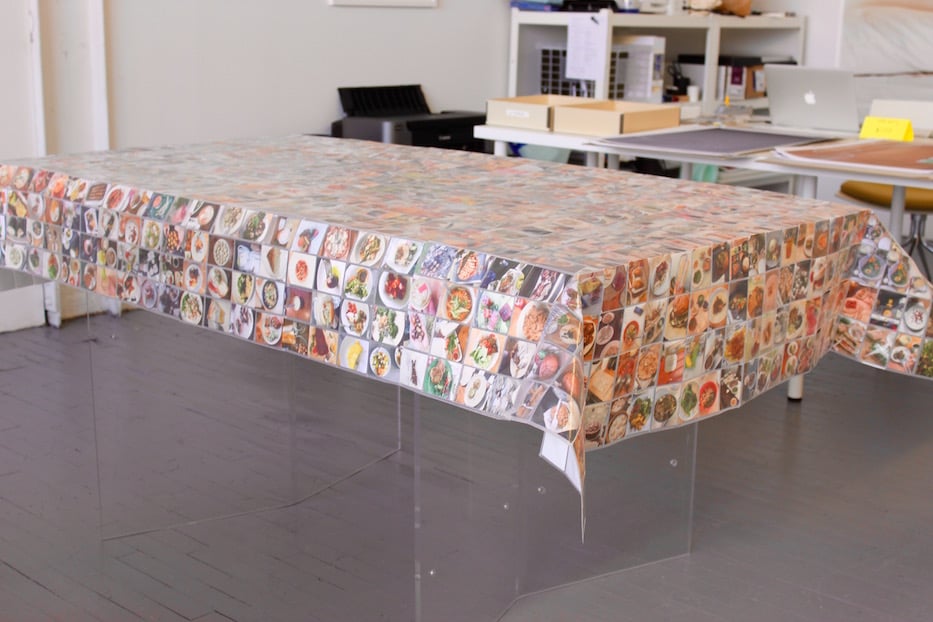 Work by Angela Chen, a 2020 graduate of the Yale School of Art.

Angela Chen, a 2020 graduate of the Yale School of Art, was showing work from a bright and uncluttered studio across the hall from Sailer. In the middle of the room, there was a plastic table covered in a tablecloth made of photographs, part of her installation SAVE IT FOR THE NEXT LIFE that was exhibited in June 2021 at the Green Gallery in New Haven.

Chen said that the pictures that makeup the tablecloth depict meals that she has eaten either alone or with friends and family. She created the piece during the Covid-19 pandemic, when she wanted to be reminded of “community care and self-care.”

“In a lot of immigrant households, they cover everything with plastic,” Chen said, describing her intention behind making the table. “It's like your TV remote is covered in plastic, your dining tables covered in plastic. So I kind of wanted to recreate a version of my childhood home but in a way that felt like there's more freedom. I recreated my family altar, but in place of offerings [of actual fruit and food] for ancestors, these are photographs.” 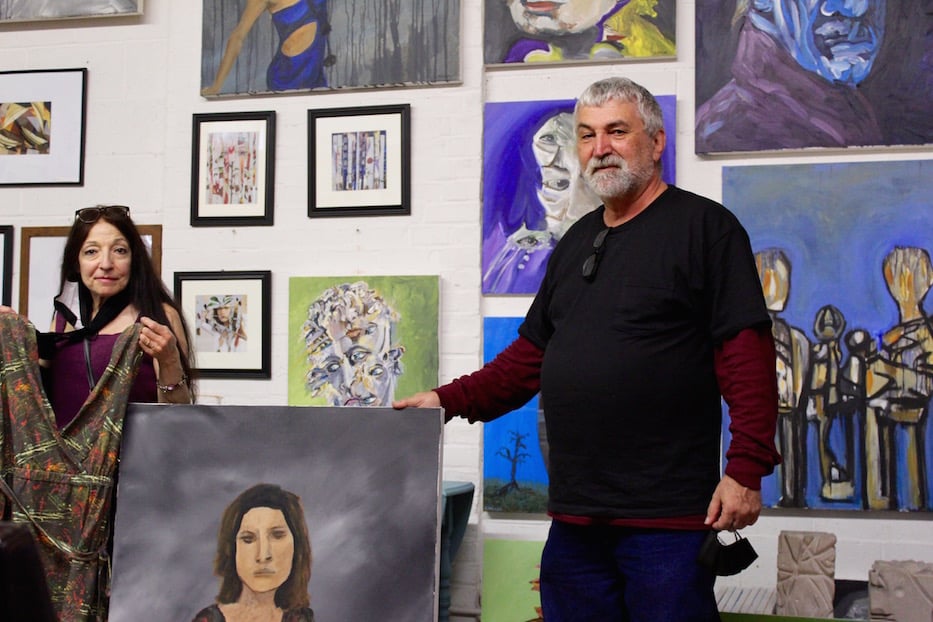 One floor down, self-taught painter Christian Miller and fashion designer and collage artist Denise Miller displayed their recent work. Denise held up a dress with a pattern that came from a photograph of one of her husband’s paintings. She was a theater major in college, with a specialty in fashion design.

Since he couldn’t be in his studio during the Covid-19 pandemic, Christian Miller started painting actors from famous movies in his kitchen. He pointed out a portrait of Al Pacino, one of the many works that sparked conversation among other visitors. As he spoke on his process, they debateed which celebrity Miller actually meant to depict in another portrait.

“You know, you just keep painting and painting,” Miller said.