Can This Rap Save Oz Griebel? 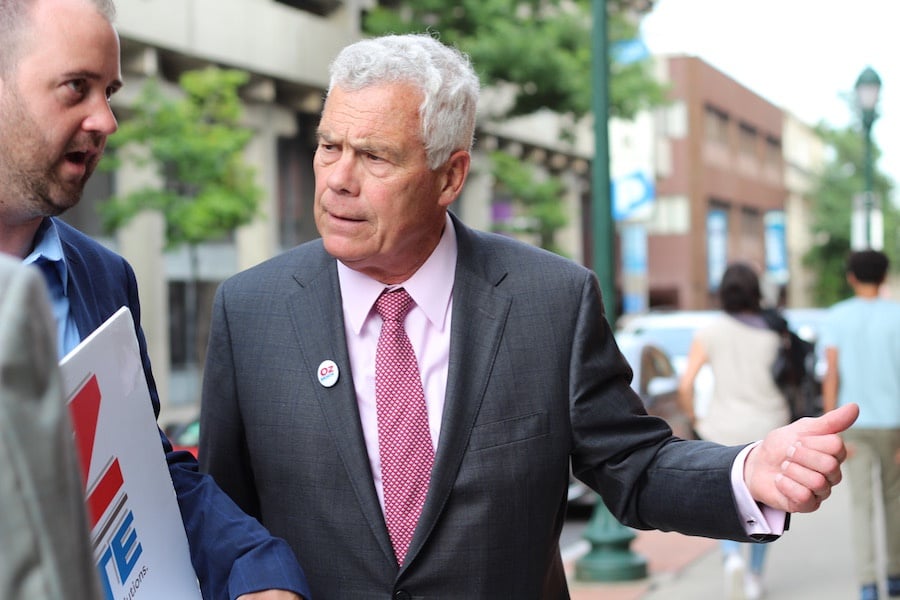 One candidate won’t talk to the media at all. One will sing Bob Marley for your vote. And one, as of this week, has his own personal rap anthem.

That’s the case for Oz Griebel, the third-party, unaffiliated candidate currently running for governor of Connecticut. On Tuesday night, 31-year-old Wethersfield resident Ian “Etree” MacDonald released “The People for Griebel,” a three minute and fifty second pitch for why Griebel and running mate Monte Frank may be Connecticut’s best hope for financial turnaround in 2018. The title comes from the rap’s hook, delivered over a climactic and cheesy build of bass.

By Wednesday, the video had gotten a couple hundred views on Facebook and YouTube, and recognition from the Griebel campaign. Beneath the video on Facebook, Griebel left a fire and speaker emoji with the words “Thank You!” Reached by email Wednesday night, campaign spokesperson Christopher Cooper said that “We are amazed by his talent, and so grateful for the support!"

For MacDonald, it’s a political call to arms in a system he sees as increasingly partisan. Two weeks ago, he watched Griebel take the stage at the University of Connecticut—his alma mater—with Democratic hopeful Ned Lamont and Republican Bob Stefanowski. The night marked the state’s third gubernatorial debate, broadcast live from a room packed with college students, staff and faculty who were worried about Connecticut’s economic future.

MacDonald was floored by what he saw: Lamont criticized Stefanowski, but didn’t put forward any substantial policy points. Stefanowski focused almost singularly on a promise to cut taxes, likened Lamont to Gov. Dannel Malloy, and dodged most of the evening’s questions. But Griebel, alone at his podium, gave answers that struck MacDonald as insightful, pragmatic, and even courageous, laying out the steps he would take in real time. 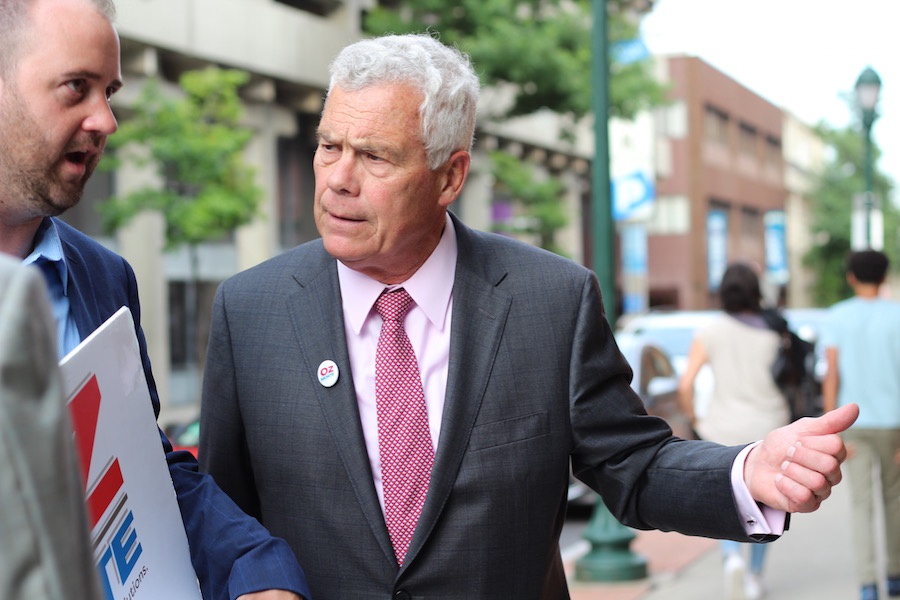 As MacDonald watched, something clicked. He could understand Griebel’s proposal to take a two-year break from pension contributions, allowing the economy to grow. He listened intently when the candidate suggested using Connecticut lottery money to shore up teachers’ pensions in the meantime. He didn’t agree with everything Griebel had to say. But he left feeling impressed, and newly inspired.

“It was language from a politician I hadn’t really heard,” he recalled in a phone interview Wednesday night. “You go back and forth with Bob [Stefanowski] and Bob is just 'we’re being taxed this and that, this guy is Dan Malloy.’ And Lamont seems to be in a different world, like he’s running as if it’s 2006, and not 2018. So I just thought, at that moment, I’m just going to vote for the person that’s more qualified, and let the chips fall where they may.”

After the debate, MacDonald found himself wanting to do something that helped other voters in Connecticut find Griebel. He said he’s always been a political guy—while his formal work in politics has been limited, he’s known to leave CNN on at home, and “I do love discussing it, and reading about it, and talking with other people who do take the time to understand the deep issues that we face.” As a young voter growing up in Southington, he had voted Democratic straight down the ballot because it was what his family did. Now, he found that he was more skeptical of the whole system.

“For me, it’s kind of refreshing when I’m looking at Oz Griebel—a gentleman that says some things that I really don’t agree with,” he said. “But he’s saying things. There’s a part of me that respects that.”

He recalled a moment during that third debate, in which Griebel listened carefully as the moderator asked what Connecticut should do with its Big East Conference at a time when it was losing money of sports. The room was packed with UConn students. Griebel took what MacDonald saw as a chance—he suggested that an athletic powerhouse like UConn needed to pivot to academics. 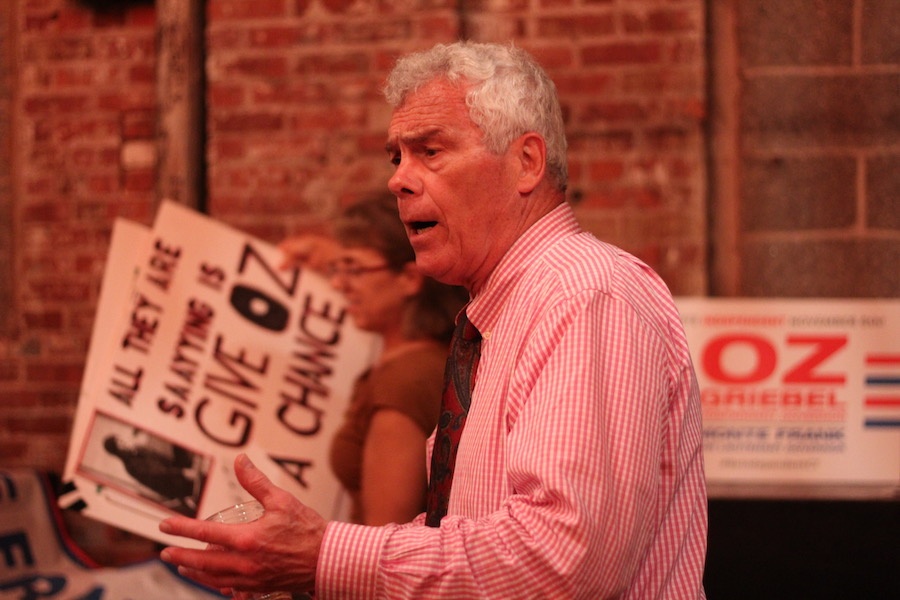 Enter “The People For Griebel,” which MacDonald began composing after watching the debate, and realizing just how few people were invested in the election. A clinician by day, MacDonald said he does not consider himself a rapper, so much as a hobby musician who is having a lot of fun. Earlier this year, he and his wife wrote a rap based on a negative experience at Ashley Furniture Home Store. Because it contained explicit language, the two kept it offline. But they started experimenting with the medium from there— including his rapper name, a riff on the animated dinosaur series The Land Before Time.

In the finished rap, piano tinkles over the intro, meeting a roll of thunder and later, burst of brass. MacDonald’s voice creeps in, affable and cool. “So this is what it comes to,” he says. “I’ve gotta write a fire rap to get Oz Griebel elected governor of Connecticut, 2018.”

The beat drops, MacDonald’s voice gets muscled in the way only a half-love-letter to, half-parody of white boy rap can. He takes a breath and comes back in.

By then, he’s all the way in. He goes after Stefanowski (“I could fit your whole world view on a post-it note”) for returning to the same phrasebook in every debate. He critiques Lamont as a perennially sunny self-funded millionaire with little substance (“You think this job will be fun, Ned? Is that why you want it? Be thankful that you’re rich, and go buy yourself an island”). He nails a Ned Flanders reference. And he praises Griebel’s ability to articulate a plan, referencing some of his 35 policy points.

It’s funny but also substantive, strangely reminiscent of the final rap battle in 8 Mile, as Eminem's timid but talented Jimmy Smith excoriates Papa Doc as a coddled rich kid from a fancy private school. That is, if that rap battle had anything to do with a state’s failing economy and pensions.

In the day since releasing the rap, MacDonald said he’s gotten blowback from some particularly left-leaning friends who are concerned that “this is somehow going to cost Lamont the election.” That’s not what this is about, he’s told them.

“I wanted to get some of my friends who I think are open-minded just to look at a candidate like Oz,” he said. “I felt that all Oz really needed was some eyes on him, and I think there’s a unique opportunity with a candidate like him. I have people on my Facebook who I know are devout Trump supporters, and people that all voted for Bernie Sanders, and they all like this guy Oz because there’s no party affiliation.”

And, he added, he wants to help bump Oz over 10 percent in statewide polling data, so he can participate in the next two debates.

“I wanted people to see that we could do better than what we were presented,” he said. “The whole idea that we can’t vote for someone we think is better, because it will cost someone who’s not the worst a vote, it’s almost like a prison of our own creation. All it takes to break out of that is to say ‘No, I’m not going to do that.’”