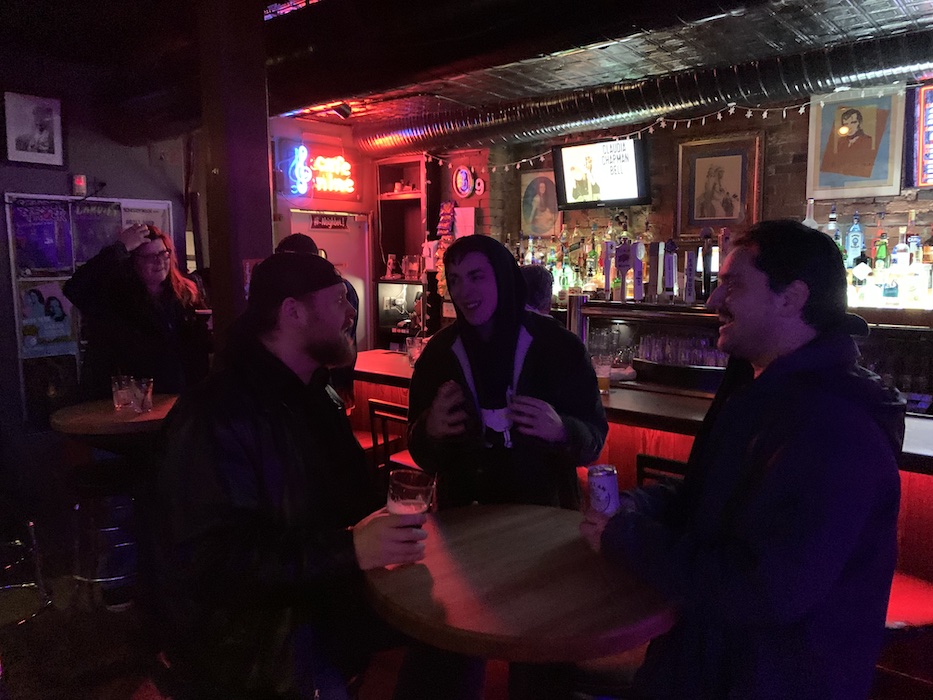 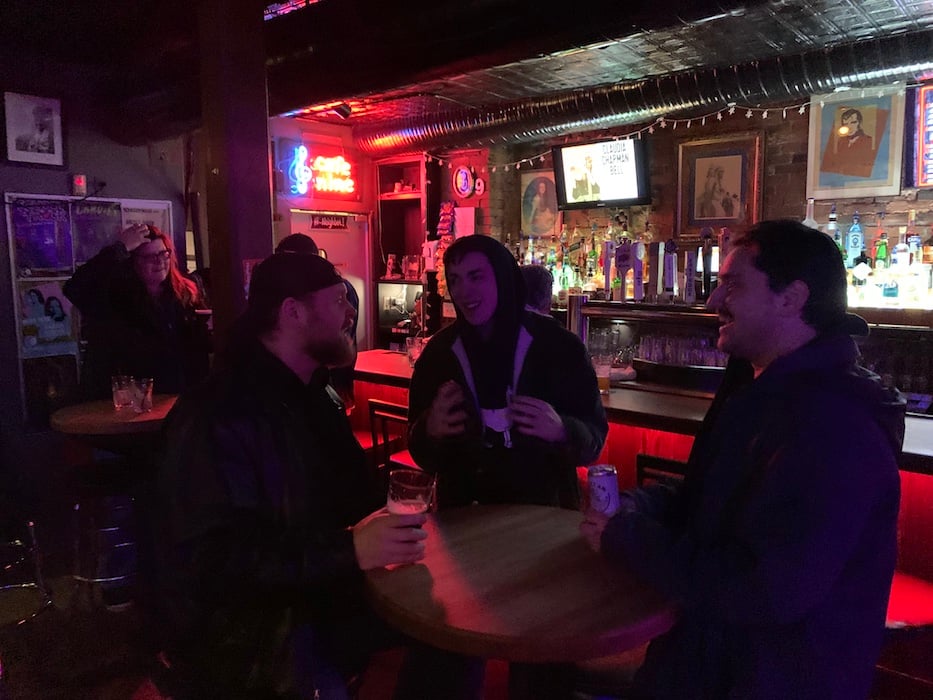 A funny song can be a tough sell at a comedy open mic. But on a recent Wednesday night at Cafe Nine, comic Harper Liles spawned a minor hit when she launched into a new song entitled “My Rapist Had a Stroke.”

It was a simple ditty to the tune of “The Farmer in the Dell.” And it was catchy.

It may not have gone over with any crowd. But the house was full of comedians, from first-timers to seasoned veterans to emcee Dan Rice. And few people may relate more to celebrating the misfortune of one's enemies than fellow comedians.

Ultimately, Liles was one of 19 who performed. The next open mic night is scheduled for next month; check Cafe Nine's website and Facebook page for updates.

Among the many options for comedy open mics in the state, Cafe Nine is one of the longest running and most beloved. Its venue, a low-ceiling dive bar with excellent acoustics and an intimate stage, has brought comedy to audiences over at least three presidential terms. At the helm, Rice is a gifted and prolific joke writer (“Is it just me or is anyone else sick and tired of having to pack up their stuff and move to a new town just because your neighbors started to notice you don’t age?”).

On a recent Wednesday, Rice kept the show on track with a booming voice and over a decade of stage experience. Those traits appeared especially important when he was tasked with wrangling open mic comics, a demographic whose members can range from “professional comic passing through town looking for stage time” to “has never been known for their humor or ever spoken publicly.”

“A lot of these people have never told these jokes before, and a lot of ‘em aren’t even jokes yet, so you gotta be ready for things to take a turn” said Rice while on a cigarette break between sets. He added that Cafe Nine is a particular crowd—it draws a number of non-comedians. Keeping people interested and engaged with the performances is an important task for a host.

“A lot of the kids who come in here are Yale students, they don’t wanna hear a bunch of offensive stuff. They just wanna drink with their friends,” added Stosh Mikita, a veteran comic who has attended the mic for a few years.

Mikita’s jokes were light and clever, addressing things like the academic eligibility of the basketball-playing pup Air Bud, or the ridiculous concept of the friend zone (“Don’t worry, man. I don’t think she’s interested in being your friend either.”)

Liles a was a tad nervous about debuting her song, considering the subject matter, but the crowd was supportive. She left the stage to several pats on the back, a few suggestions for alternate lines, and a collective sigh of relief. It was welcome: open mic comics are not known for their deft handling of sensitive topics.

Others in attendance included Colin Pasquerella, who acknowledged his facial hair made him look like an Italian barber. And Dan Kalwhite, a Connecticut favorite, known for his non-sequiturs.

He began with a hilarious head-scratcher: “I like my women like I like my salsa: restaurant style.” He then regaled the crowd with a tale of a day at the beach gone wrong, that eventually revealed itself to be a detailed recounting of the plot of Jaws.

At times, it seemed that the real star of the show was the prize money; $25 awarded to the audience's favorite performer of the evening. Many in attendance had won before and spoke to its utility.

“If I win it, I’m gonna use it to pay off my student loans,” said Coury Brown, another local favorite. “Some of ‘em, at least.”

“I was gonna use it to bribe the bursar to increase Coury’s student loans,” said Mikita.

“Those guys got big plans … I’m just gonna use it to buy more beers,” said Kalwhite.

In the end, the competition came down to contenders Barry Dingle and Alphonse Simon. Simon, a Yalie, pulled out the victory, though his friends in attendance may have had some influence on the results. It was Dingle, however, with his unsettlingly quiet delivery and thousand-yard stare, who won over the comics.

He could have been mistaken for a lonely bar patron, having sat in the corner and interacted with no one for most of the night. He powered through his allotted five minutes with hardly a smile, before closing with a very matter-of-fact bit representative of his low key, meandering style: