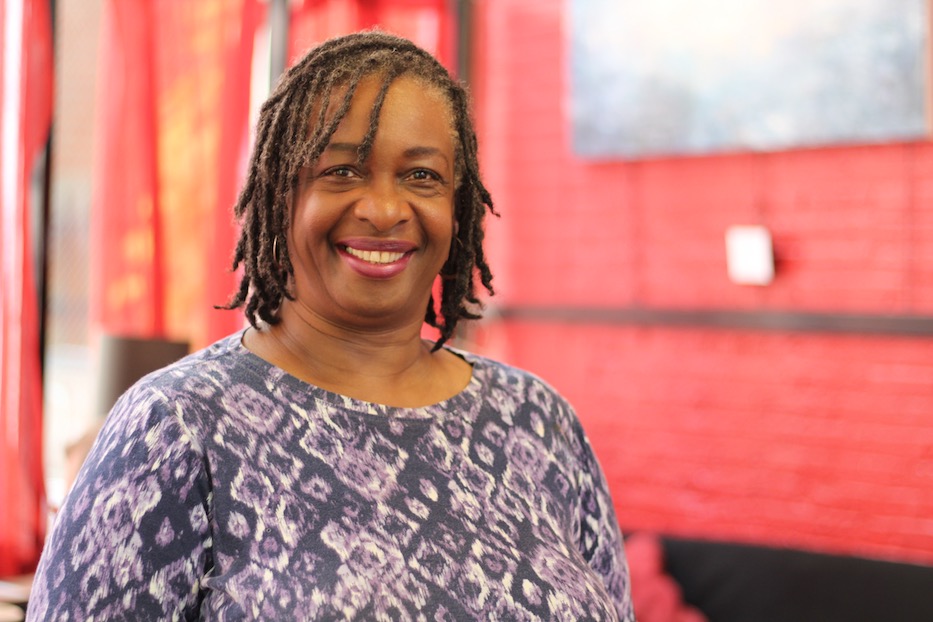 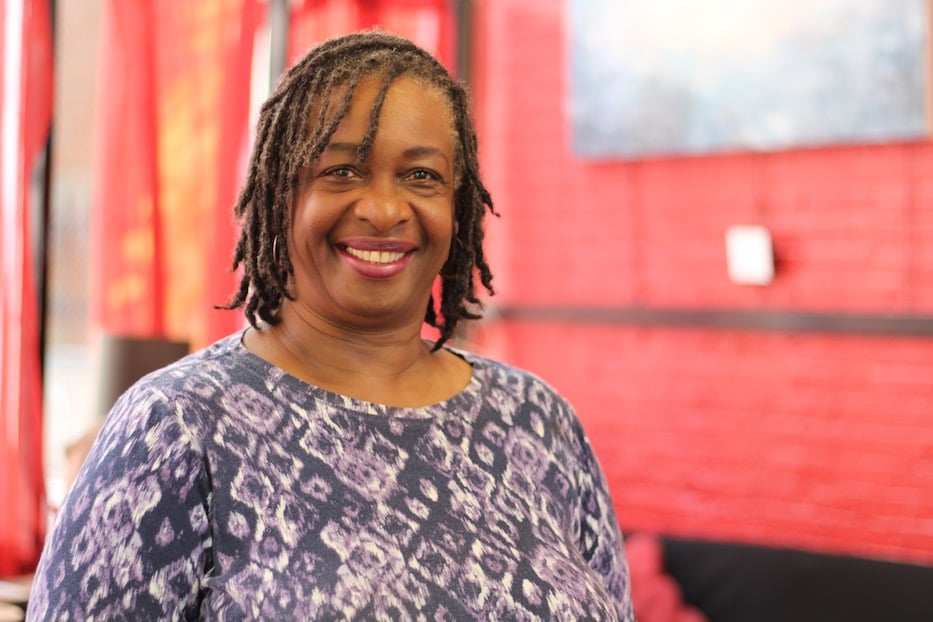 Cynthia Watson Johnson always had the right words at the right time. Sometimes, they were for a family member who didn’t know who else to turn to, and found Johnson waiting with open arms. Sometimes they were for a parishioner who entered her group ROAR (Reach Out And Restore) and discovered a home in the company of other women. Often, they were for readers who opened her book, and dove into a story of New Haven that seemed instantly familiar.

A lifelong resident of the city's Newhallville neighborhood, Johnson was one of New Haven’s writers, whose interest in poetry and prose was matched by her commitment to ministry and her kindness for the people around her. When she died of Covid-19 earlier this month, she left a family and a church community reeling. She was 64 years old and passed away on April 7, after a long battle with the virus.

At a homegoing service on Monday, her family remembered her texting from the hospital before she was put on a ventilator.

“I’m reminded of how vibrant her smile and her laughter was,” said her son, Clifton Watson. “And it’s those two things, I think, in this moment—her words and her joy for life—where I find comfort. In celebrating her life and legacy and her memory, we have to lift up the way that she lived.”

Johnson was born and raised in New Haven’s Newhallville neighborhood, the oldest child of Essie and Herbert Watson. As the first of four kids, she fell in love with writing at an early age, folding herself in the poetry of Langston Hughes and Maya Angelou. When she was 10, her dad gave her a typewriter on which she wrote her first poems, including limericks in which she delighted. Years later, that childhood wonderment gave birth to two books of poetry that she shared with family and friends.

Her house was full of laughter, she recalled in a 2019 interview at Koffee? on Audubon Street. There was always extended family coming to visit, with weekends doubling as day-long cookouts. From Hughes and Angelou, she dug into the Harlem Renaissance and later, Ernest Hemingway. Johnson dreamed about pursuing a career in writing, but also “didn’t know that I could pursue it,” she said during that same interview.

When she was a teenager, she became pregnant with her son Clifton, now a professor of history at Wesleyan University. Writing got put on the back burner. But when she returned home, made dinner and put a then-toddling Clifton to bed, she found time to put down poems before she drifted off to sleep. "I would write and write and write,” she said in 2019.

At the time, she didn’t know how large her footprint on the community would ultimately become. While she was raising Clifton, Johnson became the glue between family members, and a pillar in the Newhallville community. In her home, there was always room for one more person at the table—including her beloved husband Harold, who she married at 32, and a host of extended family members that multiplied over the years.

As her mother’s siblings aged, she did her best to care for them. Her love for her aunt Grace, who died after a battle with Parkinson’s disease in 2011, ultimately became the backbone of her first book, Echoes Of Love: Loving The Unlovely. She released the book at Krikko Obbott's Hill Museum in June 2019.

Johnson was also a storyteller, with a deep love for service that was driven by her faith. Over the years, she served as a board member at Neighborhood Housing Services and the Hill Museum, as well as a minister with a specific focus on women’s mental and emotional health. Dara Goodman, a longtime friend and fellow parishioner at Promise Land Church, recalled stories that Johnson liked to tell about her father, who was “her first love … no offense, Harold,” she said to laughter. Goodman imagined a chorus of angels greeting Johnson in heaven, as she smiled “from ear to ear.”

Whether it was at home or at church, she was a force. At her homegoing service Monday, her granddaughter Michelle recalled driving to see Johnson in February, after losing her nephew. At the time, “I felt like a piece of me was gone,” she said. She went to see Johnson, who encouraged her to let it out. The same woman who had fed her unsweetened tea and cookies as a child now held her as she sobbed.

A friend, who referred to Johnson as “Auntie Cindy,” recalled losing her own mother several years ago. Johnson spoke at the funeral, and then stayed in her life. She was often on emotional standby, where she “became whatever I needed her to be,” she said. She added that she will not forget the image of Johnson speaking, full of poise and conviction, behind a podium at her mother’s funeral. It was not the words themselves, so much as the feeling that her presence conjured.

“I honestly don’t remember what she said,” she said. “But what I do remember is her hug, a gentle rub on my back, and her whispering in my ear that she was there for me. You see, it didn’t matter to her that I wasn’t her blood relative. We were family, and that meant everything to her and to me.”

“There’s nothing authentic about saying goodbye to a woman so great and mighty,” she added. “Instead, I choose to say ‘see you soon, and thank you for a lifetime of wonderful advice, delicious recipes, and lots of laughter.’ The memories that I hold and now cherish will be my peace through it all.”

Read more about Cynthia Watson Johnson’s book, which she presented at the Hill Museum of Arts in June 2019, here. Read her full obituary here.