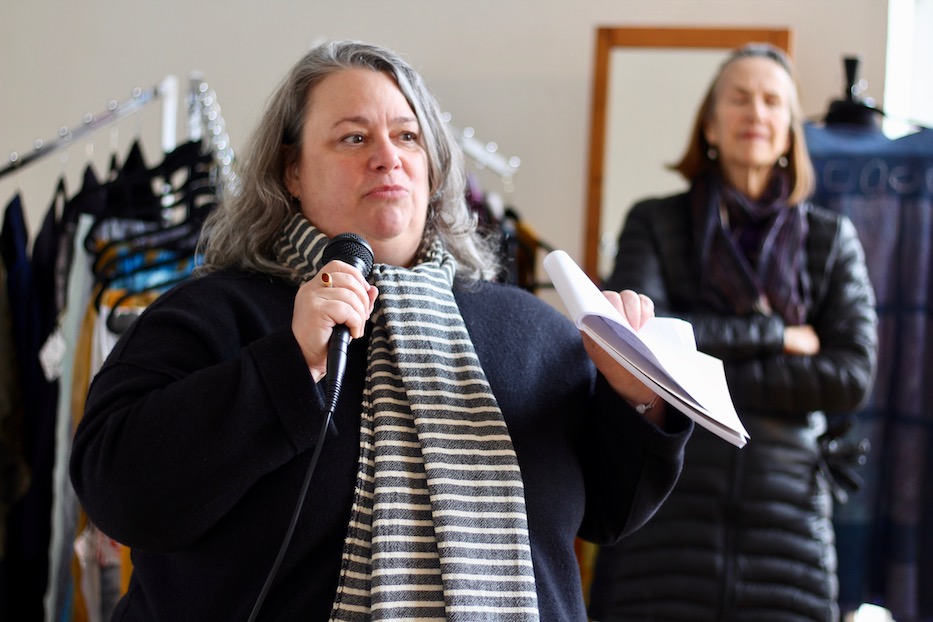 Updated on Friday Nov. 22: CAW has raised $53,000 in the past week. As of Friday, an anonymous donor has committed to a matching campaign, through which she will match every $2 by $1, up to $15,000. In an email, Executive Director Anne Coates added that the Celebration of American Crafts is now expected to go forward at CAW's Audubon Street digs.

A building emergency has left staff and students at Creative Arts Workshop out in the cold. Now, its leadership, board, and staff are turning up the heat on donations to keep a local arts organization thriving.

That was the pitch at an emergency meeting Monday afternoon, held in the workshop’s ice-cold first-floor gallery space. Earlier this month, the building’s chimney liner collapsed in on itself, blocking the flue that took exhaust out of the building. After shutting off the heat for safety, Executive Director Anne Coates closed the building to staff and students last week. Because the building is too cold for space heaters alone, staff members have been working at home in the interim.

Since, Coates and board members have worked quickly to come up with a solution. On Tuesday, they are poised to install two new, high-efficiency and environmentally friendly gas boilers—and are scrambling to raise $94,000 to cover the costs. After ending the last fiscal year with a small surplus of $30,000, it is an unexpected expense for the organization. 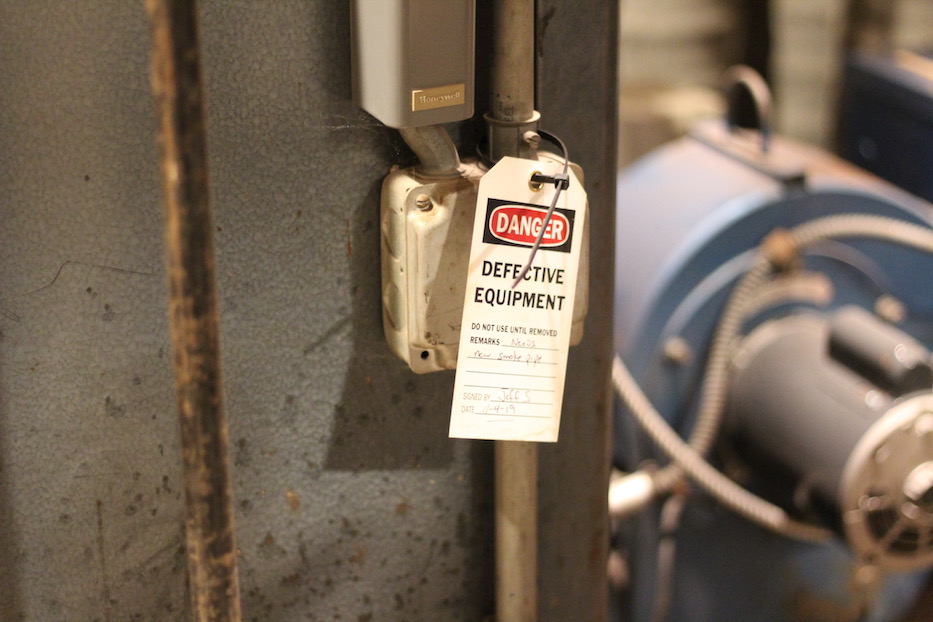 The previous boiler, which is no longer safe to use, was installed in 1972, 11 years after the building was erected and opened on Audubon Street. The $94,000 includes two new boilers, their installation, breakdown and removal of the old boiler, and maintenance costs such as HVAC inspections. The new boilers will give off a cooler, lower-particulate exhaust that goes out of the building’s side wall, as opposed to through the chimney.

“We know we’ve had deferred maintenance,” Coates said Monday, surrounded by about 50 supporters, staff members, students and board members. “We’ve all been living with it. And we’ve all been waiting. Well, we’re here. We’re here.”

The emergency unfolded earlier this month, when Coates smelled gas on Nov. 5—election day—and discovered that part of the chimney liner had collapsed, meaning that HVAC professionals had to break through the flue to get to it. Immediately, the crew removed a pipe that ran from the boiler to the flue. Without a functioning flue, CAW couldn’t use heat, because exhaust fumes would fill the building. 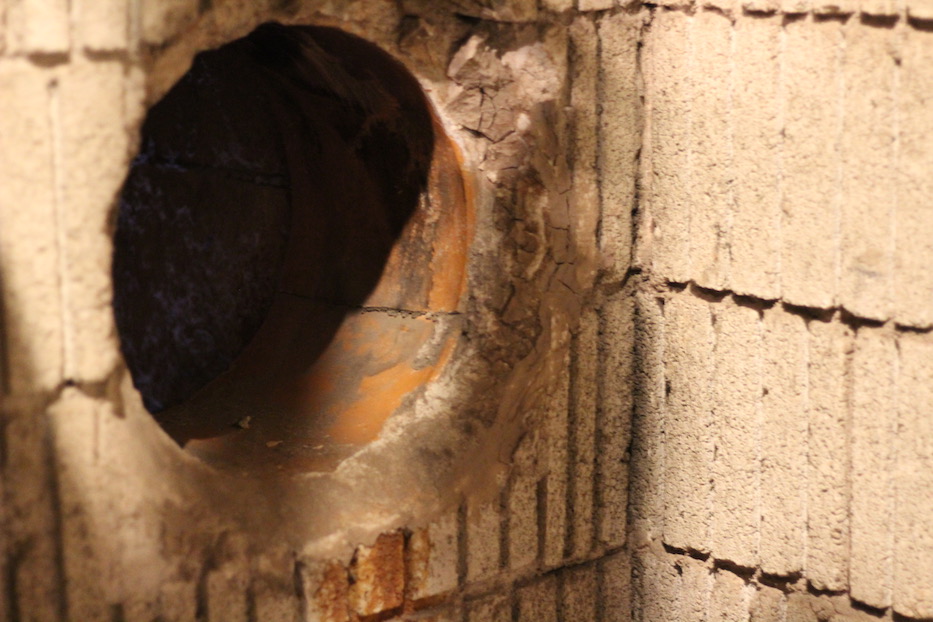 "Let's get out of emergency mode," she said.

As it raises the funds, Coates said CAW will be accessing its line of credit, established earlier this year with People’s Bank in New Haven. Of the total $94,000, which includes paying back the line of credit, CAW has already raised $16,000 through board giving and individual donations. The organization is relying on a mix of individual and institutional donations for the remaining $78,000, the timeline for which Coates called “as soon as possible.”

“This will really be a statement that we are investing in our future here,” said Joy Ford, president of the organization’s board of trustees.

Paulette Rosen, chair of the book arts department, urged attendees to give whatever they could, and spread the word to their friends. She explained that for her, contributing gave her “a sense of ownership” and connectedness within the space. After arriving at CAW as a student three decades ago, she has stayed on to lead a department and remains part of the fabric of the building. 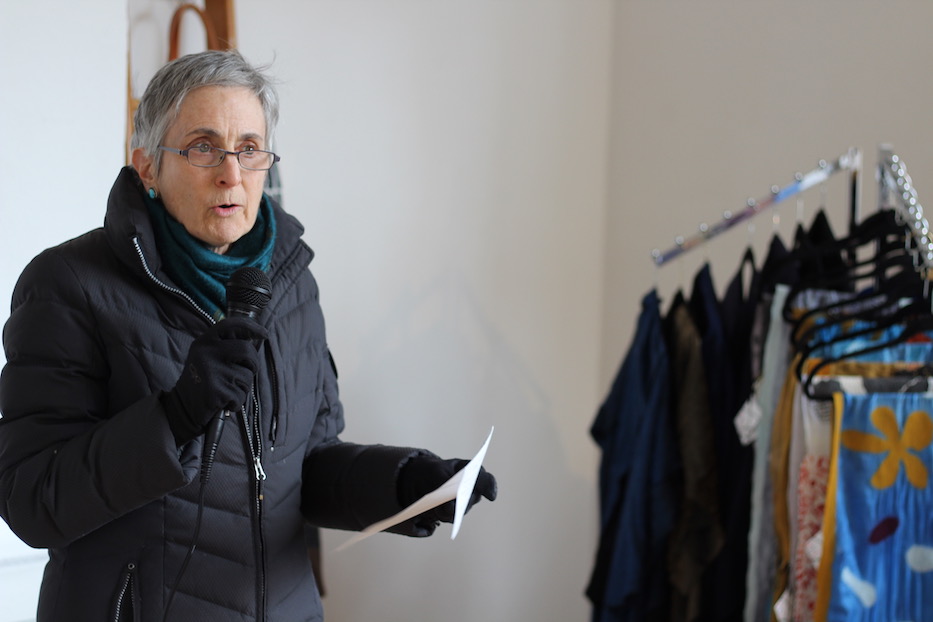 “When I first heard about this emergency, I had this sinking feeling,” she said. “Like, CAW doesn’t catch a break that we really need. I felt a little bit like I was in mourning. And then I realized, there’s nothing to mourn. Nothing has died. It’s really a for me to step forward after all of these years. I think that we can be stronger if all of the departments come together.”

Michael Ross, who grew up in New Haven and now lives in Maine (he was on vacation in New Haven and attended the meeting), also made that plea to supporters to reach out, and mine their networks to help the workshop get back on its feet.

“I remember no CAW, I remember no Neighborhood Music School,” he said. “This is a very special place and this is an incredibly special community. I think people need to be very unreserved in reaching out. As a little boy, it mattered to me that this place was here, and it does to this day.”

The push for emergency funds comes in the midst of an evolving framework for the building and its future on Audubon Street, for which Coates said CAW will be embarking on a capital campaign in the near future. Built in 1961, the building needs several repairs: Coates pointed to the leaky roof and old elevator as just two.

As the end of the year approaches, the organization will also be launching its annual appeal for general operating funds. Coates said she is hopeful that the emergency campaign will not come “at a cost of general operating, but we realize that is a reality.” 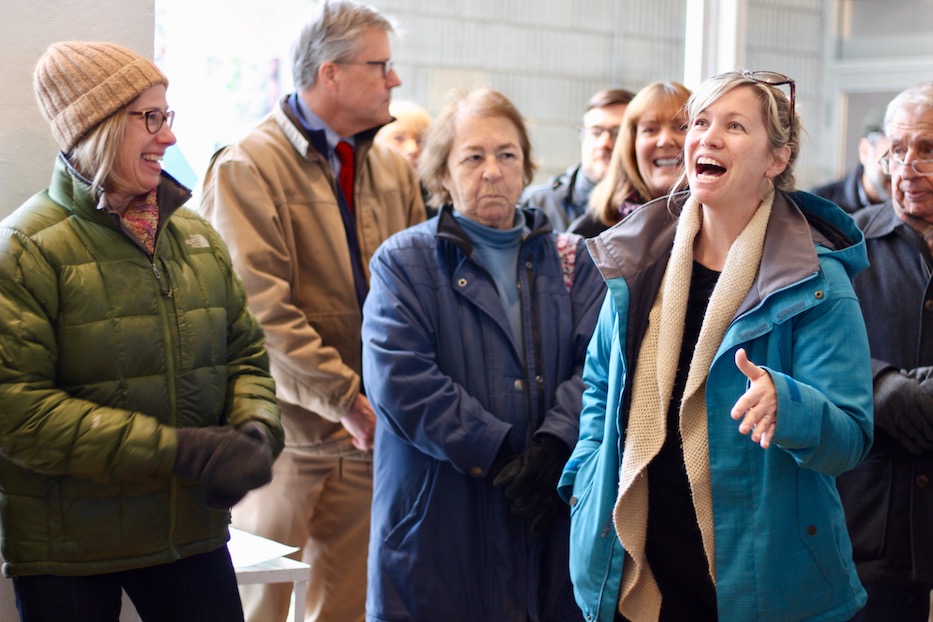 In the meantime, CAW will be closed to staff and students, with a potential reopening as early as next Monday. Once the building has heat, it plans to reschedule the two weeks and three weekends of classes that students have missed out on since the beginning of the month. Coates said the organization plans to go forward with its annual Bowl-A-Thon, scheduled for Nov. 24, but added that access to the pottery studio may only be through the side of the building.

As of Monday, she added that CAW’S annual Celebration of American Crafts will be going forward, either at the workshop or in a storefront space directly across the street that is owned and operated by Yale Properties. She was not sure whether it would begin as planned, with a grand opening on Saturday Nov. 23, or be delayed by a few days.

Discussing possible ways to help the organization, painting instructor and artist Shilo Ratner suggested a staff and student auction, in which CAW faculty and students auction off their wares. Bethany Wilder, a student at CAW who is also a professional musician, noted that she and a few friends could strike up a string quartet fundraiser. A few other musicians from around the room added that they’d be happy to help.

As the meeting drew to an end, Coates said she remains grateful for the support, and retains a positive outlook.

“One of the things that speaks to me about this solution, other than high-efficiency or environmentally friendly, is that we’re speaking to the promise of this organization long term,” she said. “That we’re not willing to just patch. We’re willing to invest in our future.”