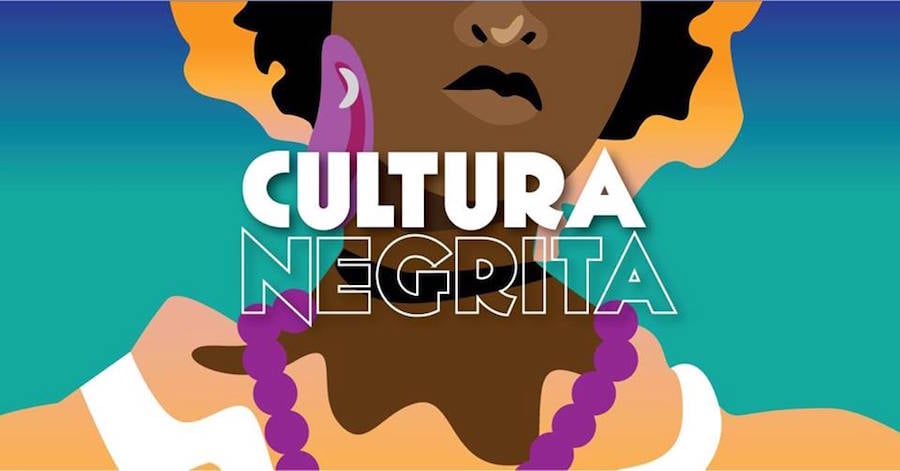 Night over Hartford, and a dance party is keeping everybody warm. A woman takes the floor solo, drums leading her like a heartbeat. There is majesty in every movement she makes, each step her feet take. By the time she is done, she has blessed the space with her very presence.

That’s just one of the scenes Hartford artist Lindaluz Carrillo envisions for this Friday night, as Cultura Negrita celebrates its first birthday on Whitney Street in Hartford’s Parkville neighborhood. The event, a sort of cultural salon meets late-night dance party, is part of a grassroots movement to reinvigorate Hartford’s Afro-Latinx roots, and celebrate its vibrant community members with song, dance and food.

The concept for Cultura Negrita began last fall, as Carrillo and her friends Jeremy Grier and Elijah Hillman found themselves talking about the fact that Black and Brown people weren’t reflected—adequately or together—in a lot of Hartford’s arts programming. All three are artists: Carrillo has a background in public art graphic design, Hillman is a multimedia artist and soon-to-be cafe owner, and Grier is a photographer. And all three are fluent in the language of diaspora, with a mix of Afro-Latinx roots that they’re still exploring in their work.

They knew, Carrillo recalled in an interview this week, that there was a kaleidoscopic reach to their work, and the work of fellow artists in their orbit. In her own life and art, Carrillo grew up with Peruvian immigrant parents in Hartford, steeped in Peruvian food, Música criolla, and her dad’s Afro-Peruvian history. She could speak about Hartford’s diversity because she knew it intimately—Peruvian, Dominican, Salvadorian, Puerto Rican and more. And as she made friends like Hillman and Grier, she found that they could too.

But that didn’t translate to the city around them. People drew a blank when she mentioned Afro-Latinidad, assuming that Hartford’s diversity was largely Black or Puerto Rican, without much overlap. In the arts, no one else was rushing to correct that notion. So the three decided to build something themselves.

“When I was younger, I didn’t really have anyone or see any people who I could relate to,” said Carrillo in an interview earlier this week. “The more and more I seek, the more I realize I need to I need to push in my own work. You can do something out of making art. A lot of timed, people say ‘oh, that’s a fallback.’ But in a city like Hartford, it can thrive.”

In December of last year, the three hosted the first Cultura Negrita at the studio at Billings Forge, drawing a crowd as they rolled out dance performances from NUSNCE, food from “mom and pop restaurants” in the area and music from Secretboy and Dj Stealth. From the very beginning, Carrillo said, it was important to them to sculpt a program that included everything they’d been missing: local, grassroots artists and food, indigenous dance, and Afro-Latina music that would last long into the night. Because the series doesn't have a permanent home, it has been able to travel to different locations around Hartford, popping up every few months.

Since beginning, the Cultura Negrita team has partnered with other local artists and grassroots groups, bringing the dance party back in April, and then in August with Parkville’s thrilling, cacophonous block party. As the group has expanded, Carrillo said, they’ve kept eyes out for new acts, bringing in performers that include soulful bomba dancing, Nelson Bello & Friends, and DJs Connie Carmona, DJ Robo and DJ Squirrelsuit.

As they reach the year mark, Carrillo said she sees no sign of stopping. While the events currently tend to skew younger, Carrillo said that organizers want to make sure that it’s open and welcoming to a multigenerational crowd.

“I’m excited to just collaborate more with other people,” she said. “I’ve always loved seeing other people’s performance and passion, still be humble about the whole experience.”

Cultura Negrita takes place Friday Dec. 8 at . 9 p.m. to 12 a.m. at 11 Whitney St. The group’s mission statement includes this clause: This is a space for people to come together, feel welcomed and loved. Racism, Sexism, Ableism, Homophobia, Transphobia, and Xenophobia will not be tolerated.