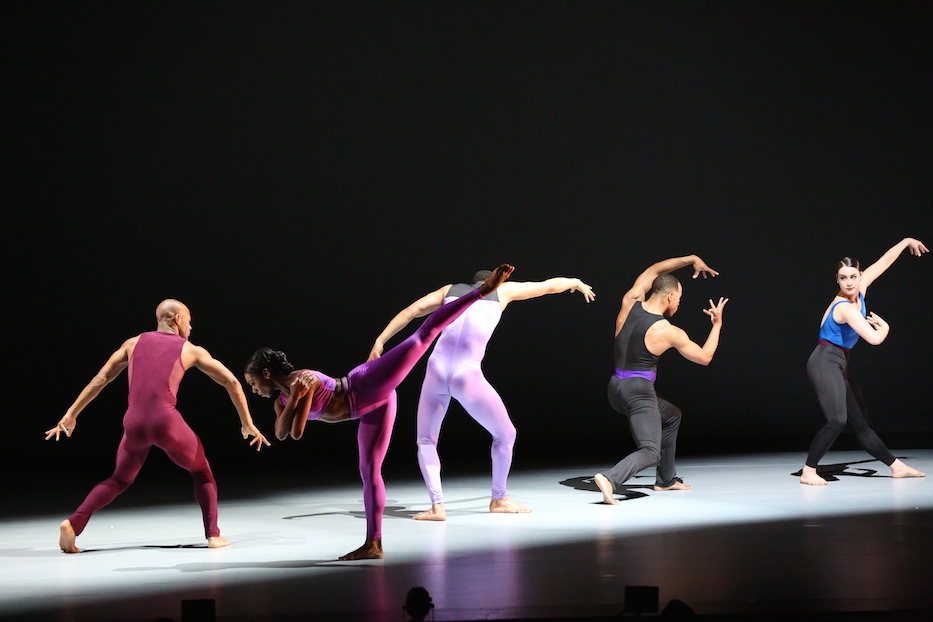 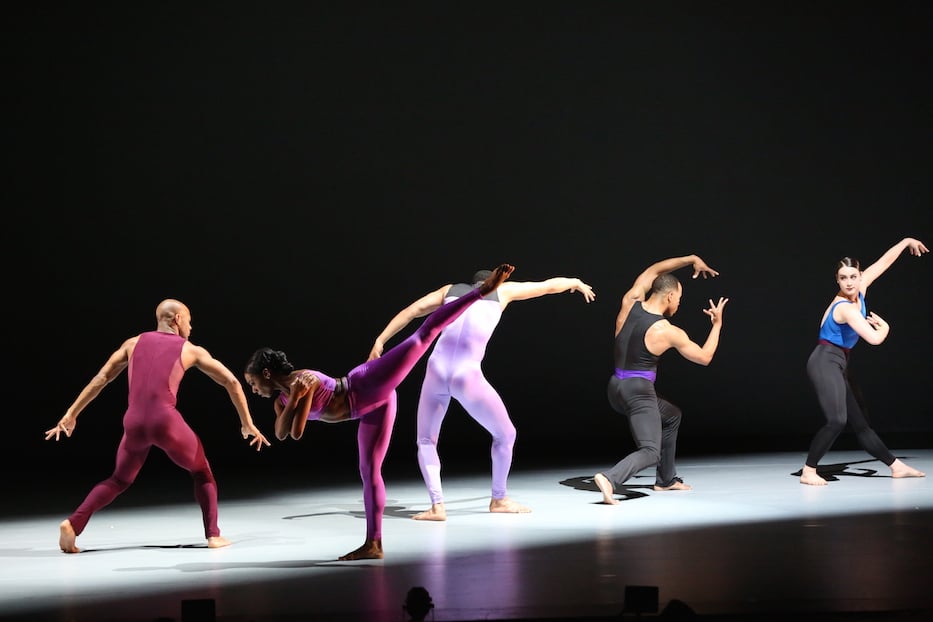 At center stage, the dancer Claude Alexander III stood on his own, aglow in a single spotlight. Upstage, dancer Sierra Noelle Jones stood in her own spotlight. The separation didn’t last long: Alexander glided to Jones, and guided her back into his pool of light. The two touched, and remained intertwined for the next five minutes.

They folded in various modern techniques, incorporating lateral side T’s, curved arms, and lunges. Through partner work and passion, the message was clear: this was a dance about love. A whimsical and haunting orchestral score created a fairytale-esque soundtrack.

Storytelling was center stage at the second and final New Haven performance of the Dallas Black Dance Theatre, which came to the University Theatre Tuesday and Wednesday night as part of the International Festival of Arts & Ideas. For the entirety of a 90-minute performance, dancers spun movement into narrative, telling rich and detailed stories with their bodies alone. The night featured solos, duets, and ensemble pieces.

“Every performance is unique and special because we don’t just press play and go through the motions once we’re in a new city,” said Artistic Director Melissa M. Young. “You all come here for an experience, you come here to be transformed.”

Audience members and dancers alike could feel the electrifying energy put onto the stage. In a piece entitled “Face what’s facing you!” dancer and choreographer Alexander III built a number that folded in trauma, claustrophobia, individual and collective work.  In a program note, he wrote that he asked himself and the dancers four questions: "What are your issues? What do they affect? Where does it hurt? How do you get through them?"

The dance began with three men and three women onstage. It transitioned to dancer Hana Delong in a world of her own. Deserted and trapped in a stage-right spotlight, she performed a solo full of controlled leg extensions and precise body movements that felt melancholic, forlorn.

As the dance progressed, a man took women dancers one by one, danced with each of them, guided them across the stage, and sealed them in the spotlight with Delong. From within the spotlight, the women interacted with each other, expressing grief and sadness towards the man and his latest dance partner.

As the dance progressed, the soloist was forced out of the spotlight and tormented by the people around her. The piece ended with Delong abandoned by the forces that were tormenting her.

Throughout its many choreographic and musical changes, the message always stayed the same. Delong was constantly at odds with herself and those around her, representing people within society who are recovering from traumas and denying their problems. As other dancers moved, she feigned ignorance towards the movement around her and worked in isolation. The choreography seemed to spill over to her emotional state.

“The concept is that oftentimes in life there's something that we like to sweep under the rug, that we don’t want to deal with, and don't want to face, so sometimes we ignore it,” Alexander said. “It’s never that it goes away. It'll come back, it may look different.”

In the final dance of the show, entitled “Execution of a Sentiment,” the full ensemble returned to the stage to tell a story of the transformative power of dance. Influenced by many dance techniques, choreographer Darrell Grand Moultrie highlighted individuality, rarely allowing more than two dancers to move at once.

In the final moments of the show, dancers moved in unison, displaying style, precise, clean movements, and the hard work that backs them.

As the dance progressed, more elements of every genre combined. Ballet-inspired bourrées and pirouettes meshed with flexed feet and hinges taken from modern dance. The choreographer's exploration of dance came through the dancers’ examination of their surroundings, crawling, and inspection of their body movements.

In a conversation between Dallas Black Dance members and audience members after the show, dancers echoed their love for the art and their colleagues.

“I get fulfillment, satisfaction, community—” dancer Sierra Nicole Jones said. “And a chosen family from dance.”

Jayla Anderson is a rising junior at Cooperative Arts & Humanities High School and an alum of the Youth Arts Journalism Initiative.