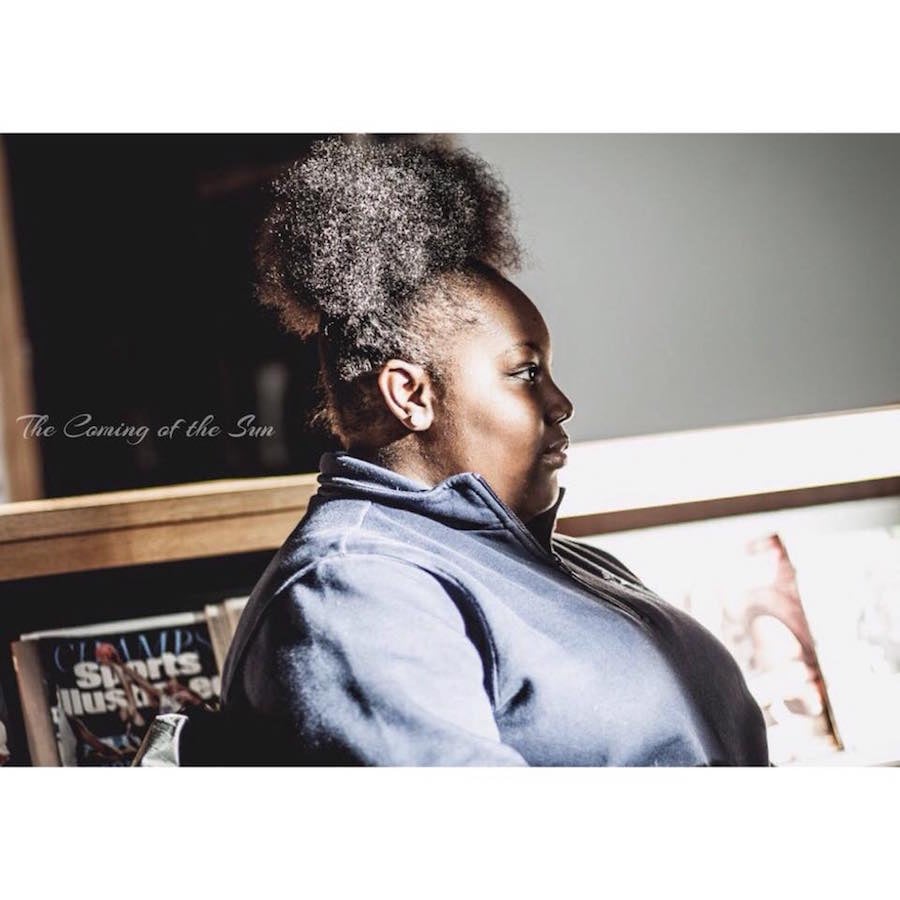 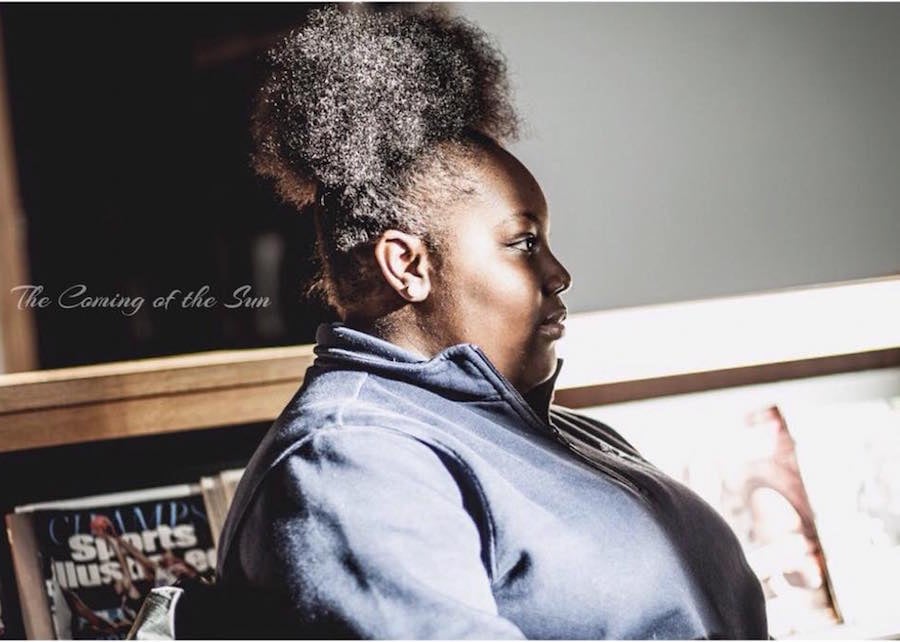 There’s a deck of cards between your hands. You shuffle it, feel the weight of the cards, look down. A face catches you off guard. She’s smiling, eyes fixed forward, soft in the frame. Joy dances in the upward curve of her lips. Flip the card over, and the other side urges you: #DearBlackGirl, stand in your truth. Do not make yourself small for anyone. Not now, not ever.

That’s the idea behind #DearBlackGirl, A Love Note, one of two new multimedia projects from photographer, writer, and political organizer Arvia Walker. As it unfolds in New Haven and Hartford this fall, #DearBlackGirl will begin as a community gathering space, where women and girls of color can write encouraging “love notes” and letters to each other and to members of their community, hold discussions, and sit for individual and group portraits “centered around joy and healing.” Waker said she hopes the project will culminate in a book or deck of cards, much like the tarot and affirmation cards she uses to ground herself daily.

“To be Black and woman and alive, and to live at the interactions of race and gender, means to be constantly holding the violence that is perpetrated on our bodies, and to be holding what that does to us mentally, spiritually, physically and emotionally,” she said in an introductory video about the project earlier this summer. “It is critical to have spaces to be protected and held.”

Walker has launched the project with Kristianna Smith, owner and founder of Hartford’s Via Arts program. She is fundraising for it while also producing “Our Version of Events,” an oral history and portrait project with family and community elders, in an effort to archive their stories before they pass into the next life. The two overlap in an overarching goal: to give community members back their history, by letting them tell it themselves.

“So many times when we talk about what’s going on in the world, we do not talk about Black women,” Walker said in an interview at Koffee? on Audubon earlier this week. “We’re hoping it [#DearBlackGirl] will be a space where Black women and girls, and gender nonconforming folks and trans women can come in and fellowship with one another, and have this really intentional space to love on each other.” 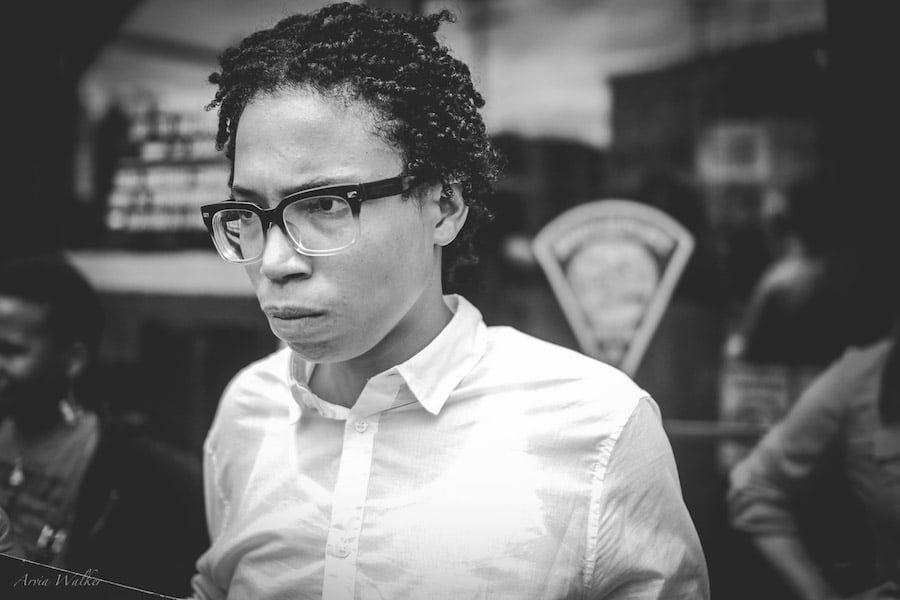 The through line is not just her activism but her photography, a medium that Walker has used for to celebrate Black women and girls, activism, and protest through visual culture. In her portraits, both posed and taken at rallies and actions, the viewer gets a glimpse into that world, meeting both men and women of color who are patient, fierce, deliberate, and regal. Often, she said, she meets her subjects only after photographing them, and spends the rallies themselves as “a fly on the wall,” silent behind her camera to document events as they unfold.

The concept for #DearBlackGirl came to her in late July, during a summer that saw the murders of several Black women across the country. By then, 2018 had already been an emotionally trying year for her. A political organizer for Planned Parenthood of Southern New England (PPSNE), Walker goes to work each day in a field that is still predominately white and, on a legislative level, predominately male. Often, she said, she is the only woman of color in the room. And in Connecticut, “a lot of people don’t understand what happens in that building [the Legislative Office Building], and how close to center a lot of people are.”

“A lot of people don’t understand how conservative or moderate it is in Connecticut, unless you spend your days in that building, and you hear the conversations that are being had around our lives,” she continued. “How quickly and easily this state can turn into a red state.”

There were times this year, she said, when she needed those affirmations for herself. In early April, she spoke out publicly about misogyny and white supremacy at the state capitol, penning a viral social media status followed by an op-ed after an interaction with State Sen. John Fonfara, in which he joked that he needed a “Stand With White Men” pin to match her “Stand With Black Women” one. By the time the state's legislative session ended in May, she said it had been a particularly hard year for her.

Then on July 22, 18-year-old Nia Wilson was murdered in Oakland, Calif., while waiting for her train on a Bay Area Rapid Transit (BART) platform with her sister. The same week, Walker heard about a woman killed by her partner in Connecticut. Two months earlier in New Haven, Tyekqua Nesbitt had been shot and killed in front of her two children. The list grew. Even as Walker tried to limit her exposure to the violence—“I’ve consciously tried to stay away from consuming too much violence on the Black body,” she said—articles and statuses about Wilson’s murder flooded her social media feeds.

She needed something affirming, that came from outside herself. And as she searched for it, she realized that lots of other Black women probably did too. 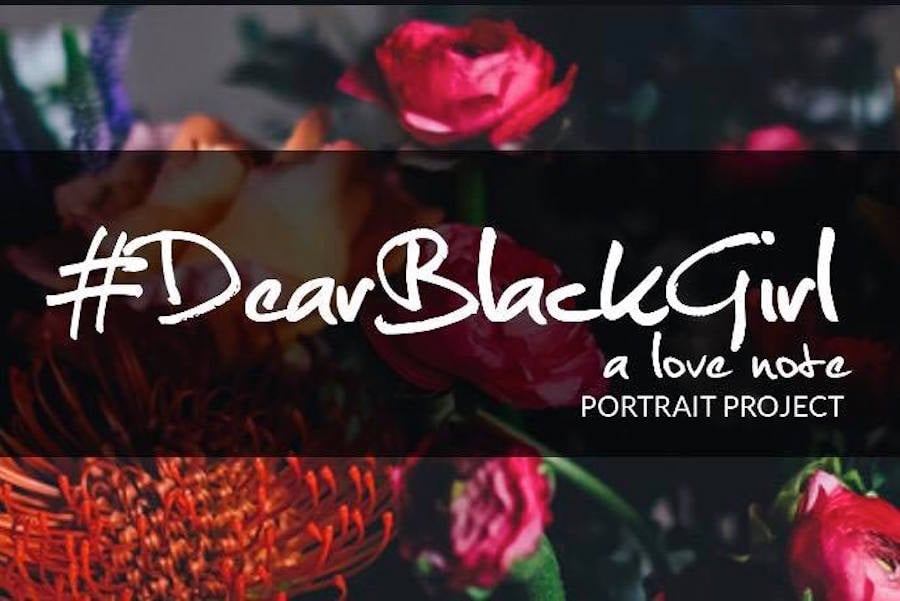 “There’s times that I started questioning myself and what I was doing at work,” she recalled. “I was thinking about—what if, growing up, I had a space or something that was really affirming to me? And then I was like, this would be great if it was a community space where we’re doing our own portraits, that are centered in joy and healing and celebrating each other. Creating our own space, outside of a world and a country that doesn’t protect us as Black women.”

“When history is written, we have to write our own history,” she added. “How is that going to be captured?”

She already had some sense of how she wanted to write it. Raised in Hartford, Walker comes from a family of strong Black women, artists, and political activists. In 1966, her maternal grandmother made the journey to Connecticut after growing up on a sugarcane plantation in Florida, the child of a father who worked in the fields and mother who did domestic work for white families ("I call it modern-day slavery," said Walker). Her grandmother's father—Walker’s maternal great-grandfather—registered Black laborers on the plantation to vote with the passage of the Civil Rights Act of 1964. Her grandmother and mother, who was born in Hartford, “raised me to always speak my truth … to say what’s in my heart.” Her father is an artist—the first person she saw with a camera.

In some ways, the framework for #DearBlackGirl was unfolding then, as Walker’s career grew into a series of love notes from her matriarchs to her, and from her to those she worked with. By the time she got to college at Southern Connecticut State University, she was planning a career in clinical social work. Her senior year, State Rep. Toni Walker came to talk to her class about the state legislature. It was a wholly unexpected sort of love note to Arvia Walker’s ambition.

“I was in awe that there was a Black woman who was a social worker and also a state representative who was talking about systems and changing polices,” she recalled. “It really opened my eyes to the possibilities of shifting macro systems. So that was what got me into the work.”

For a few years after the class, Walker stuck with social work, pursuing a Master’s degree at the University of Connecticut while working full-time as a clinical case manager. She loved her clients, but could feel herself growing frustrated with policies that seemed to stop progress in its tracks. So when a friend offered her a job working on Barack Obama’s reelection campaign in Florida—maybe a grassroots sort of love note—she switched her concentration to community organizing. She couldn’t afford the move to Florida. So she called Toni Walker, and made her pitch for an internship. It was her springboard into the Legislative Office Building, where she still finds herself doing work now.

That career—“a series of fortunate events,” she called it while sipping an iced Americano—is a kind of love note to the world. But it’s a complicated one, filled with an ongoing need for support and affirmation from women of color to women of color. She said she hopes #DearBlackGirl can provide that for not only a younger generation, but mothers and grandmothers who come to the events.

“The hope is to do a mix,” she said. “For people to come with their folks, and do individual portraits. If mothers come with their daughters, do mother-daughter portraits. Friends, grandmothers and their grandkids … so there’s a variety of people in the pictures. So that when this final project is shown, we can see that Black women aren’t a monolith. So that we can see the beauty of how we present in the world.”

Walker added that #DearBlackGirl also fits into a greater piece of her mission—championing the histories of family, community, and women of color, and archiving them to live on long after she, too, has become an ancestor. While also working on “Our Version Of Events,” she’s recorded stories from family members that she’d never heard before, from the way her grandfather learned to differentiate plants and eat off the land to her great-grandfather’s political advocacy in Florida. On a recent trip through New Orleans, she did an interview in the airport with a complete stranger on the Red Hat Society, a group of women over 50 “who are out there living their best life.”

“The stories of our families are so important, and critical to the preservation of our families, and our history, and our learning,” she said. “We go through things so that people can do them a little bit different in the future. Or we repeat it, or we can look at it and examine it. We can’t disconnect from our roots.”

Walker and Smith expect #DearBlackGirl to go live with events in Hartford and New Haven this fall. Currently, they are working towards an overall goal of $3,500 through Indiegogo. Find out more about the campaign here and Walker’s work here.