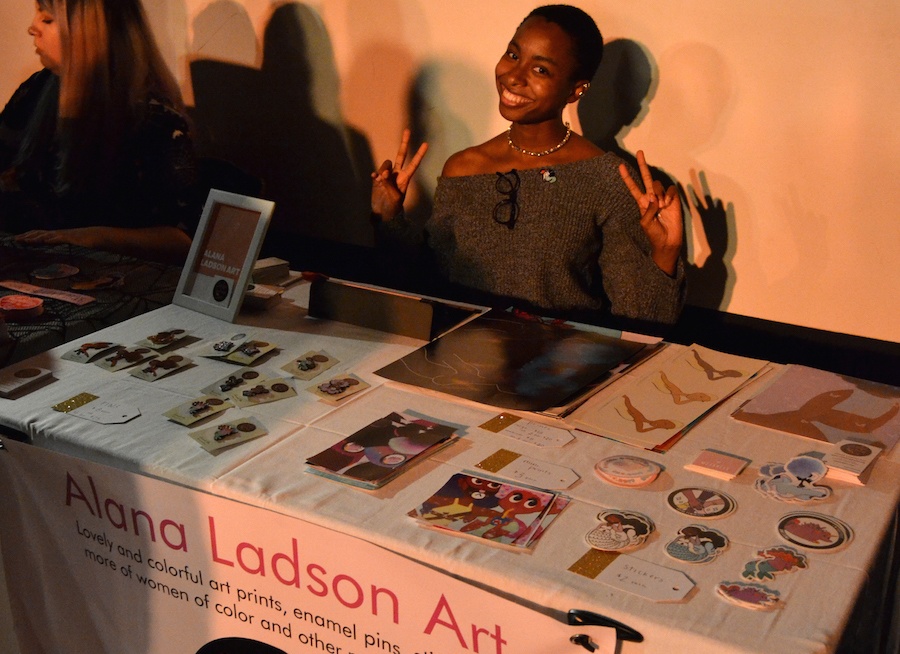 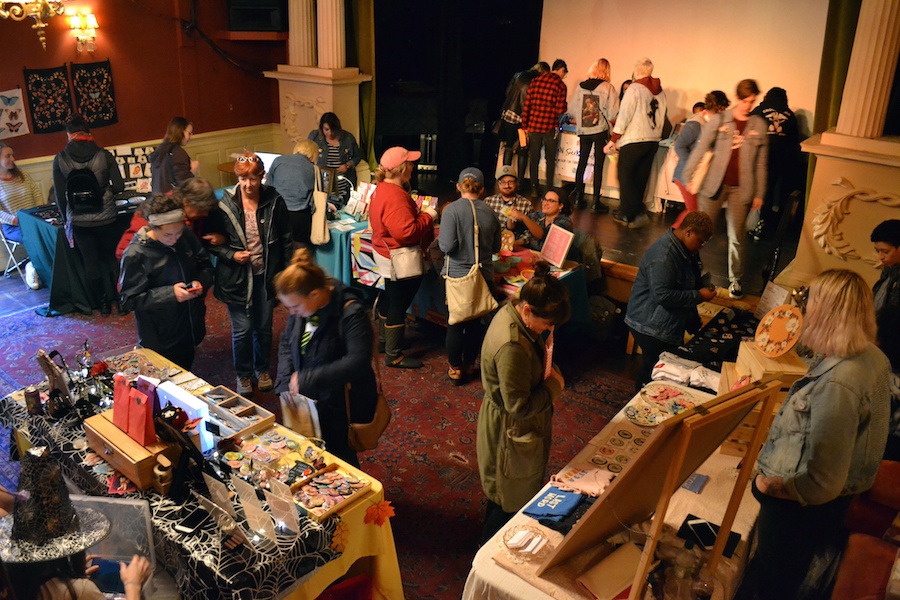 Emily Tirella has over 9,000 followers on the Instragram account where she showcases her embroidered patches. These days, however, she’s willing to travel hundreds of miles just to connect with flair fans in person.

Tirella is one of 14 independent artists who exhibited at the sixth Flair Fair Pin and Patch Market, held Saturday at New Haven’s Lyric Hall. Curated by Strange Ways Founder and Creative Director Alex Dakoulas, the bi-annual art market built on the shop’s mission to bridge the flair community’s digital divide. 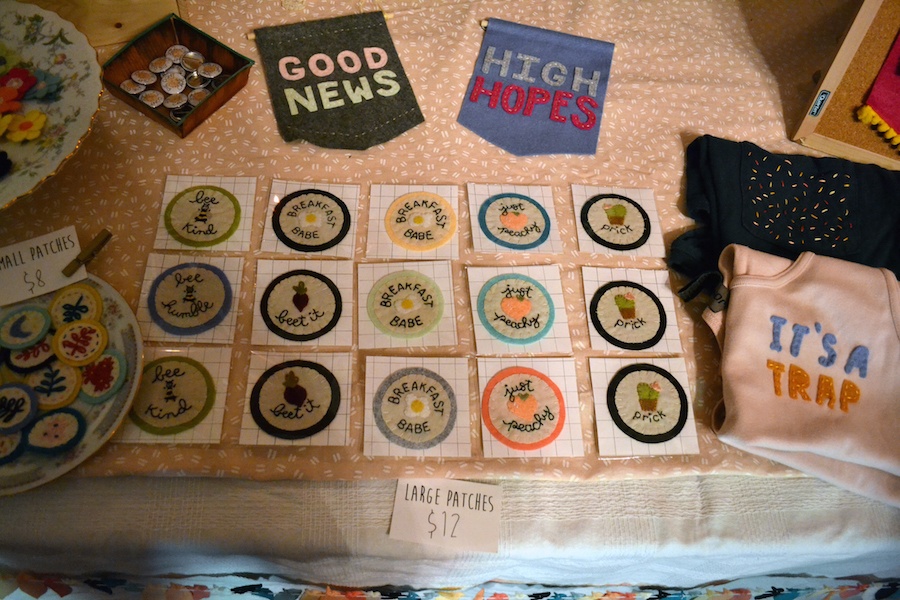 For many of Flair Fair’s exhibitors, connecting with customers and other artists in person was the day’s biggest attraction. Like Tirella, who suggested that it fosters a greater sense of belonging.

The artist, who runs the brand High Stitch out of Somerville, recalled that digital engagement was high when she launched the brand, despite relatively few Instagram followers. Now, with a following nearing 10,000, her fans rarely comment on her designs. There are plenty of "likes," but few folks follow up.

“It just doesn’t feel as personal as it used to, so now I really enjoy these events because I can actually talk to people that are interested in my stuff rather than an anonymous following,” she said. 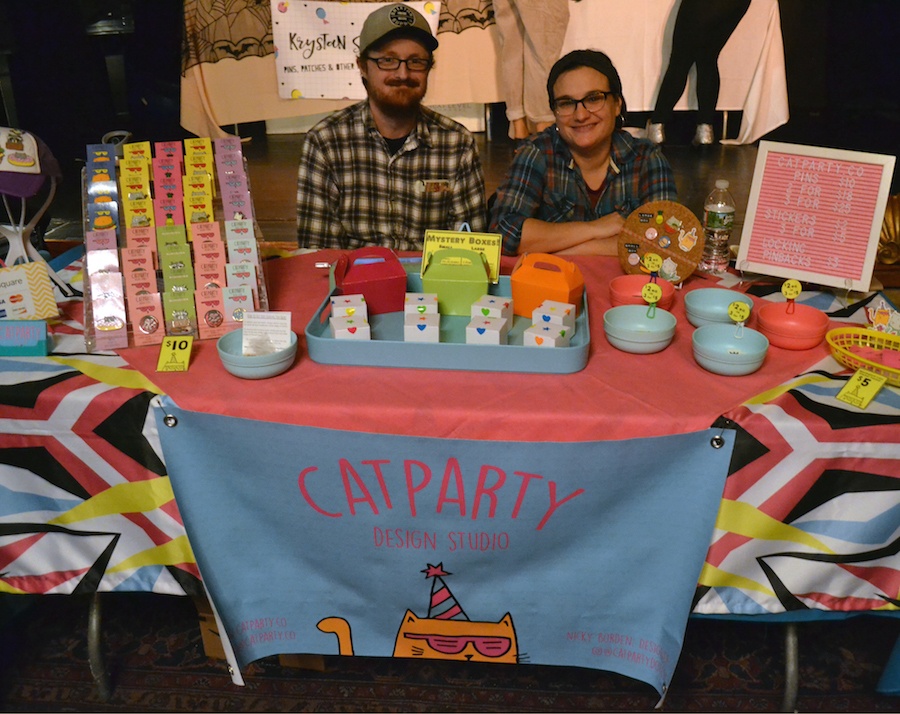 That community aspect also rang true for artist Nicky Borden (pictured above), who sells her drawings as pins and stickers under the brand Cat Party. The artist’s signature kitties started with cartoons she drew for her students while working as an art teacher. Now, she runs the brand full time. As she spoke, little cats popping out of pink-frosted doughnuts and bowls of ramen gleamed on her table.

“When I chose to do this full time it meant that I was going to do more events,” she said. “I’m kind of a socially anxious person, so getting me out in the world and making me talk to people has been great.”

On artist Andi Fink’s table nearby, the phrase “please stop talking” shone in silver lettering set in a round lapel pin. A banner that read “fuck politeness” on a soft enamel rose pin won grins from most visitors. 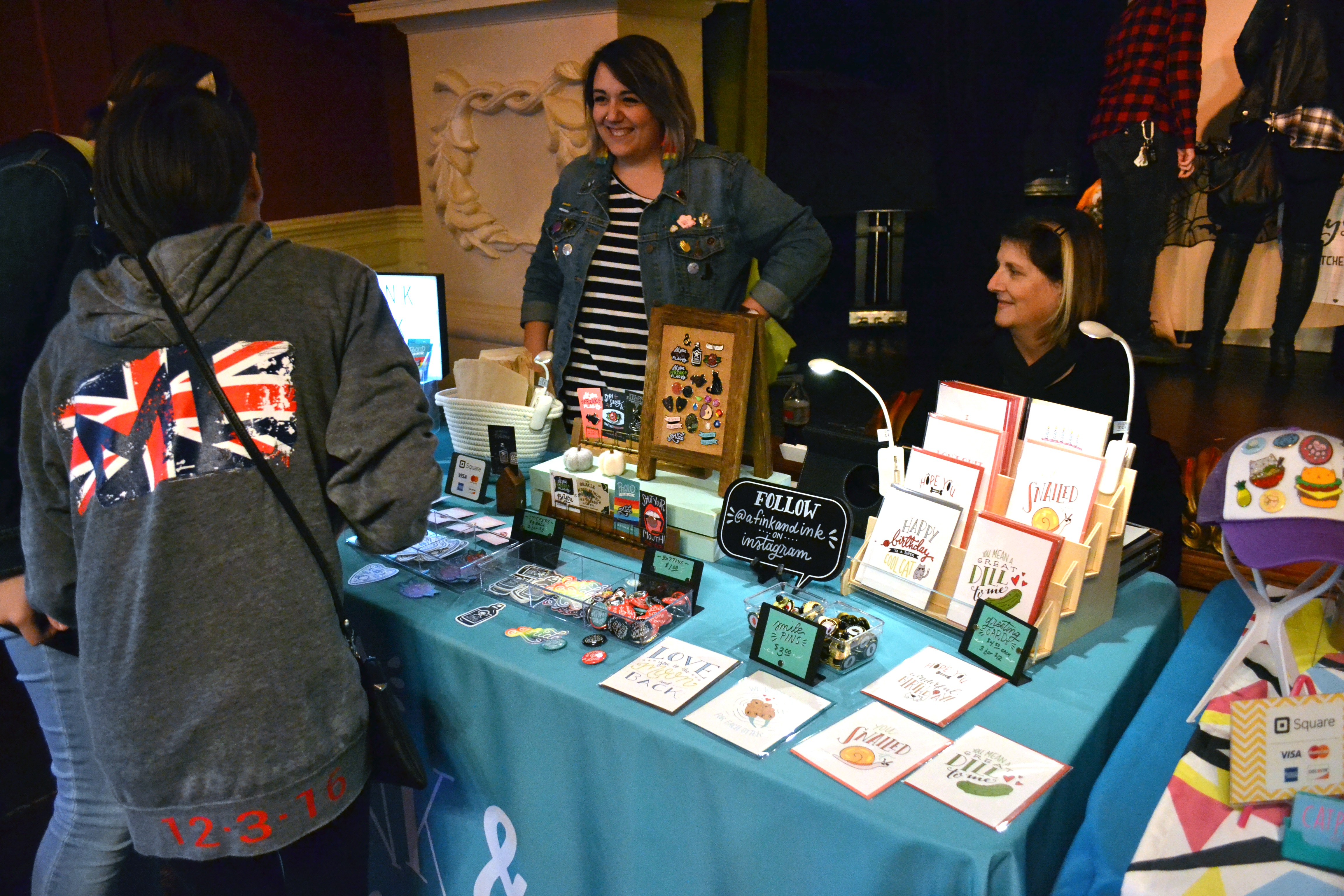 Fink, 27, who teaches graphic design at a community college in Minneapolis, Minn., travelled the farthest of any Flair Fair exhibitor in the event’s three-year history. She described her brand, A Fink & Ink, as sweet, salty, and a little spooky. She mentioned that there’s a specific role events like the Flair Fair play in bridging an increasingly digital divide—and allowing patrons to consume and wear art on a small scale.

“We don’t get to carry a suitcase full of our favorite possessions with us, but it’s really easy to slip something fun on a jacket or backpack,” Fink said. “Then it’s an easy way to connect with people… without even having to say a word.”

New Havener Angie Greenhagen came out to support the event and flair culture more than shop for herself. As she sees it, she said, flair offers the chance to showcase opinions and identity. She added that flair gives people who are sidelined or marginalized by society the words to find that recognition without always having to say it.

“You can wear these things and people kind of know what you’re about, which is always nice,” she said. "To feel like what you look like or what you’re wearing outside is who you are on the inside, and people aren’t misconstruing it." 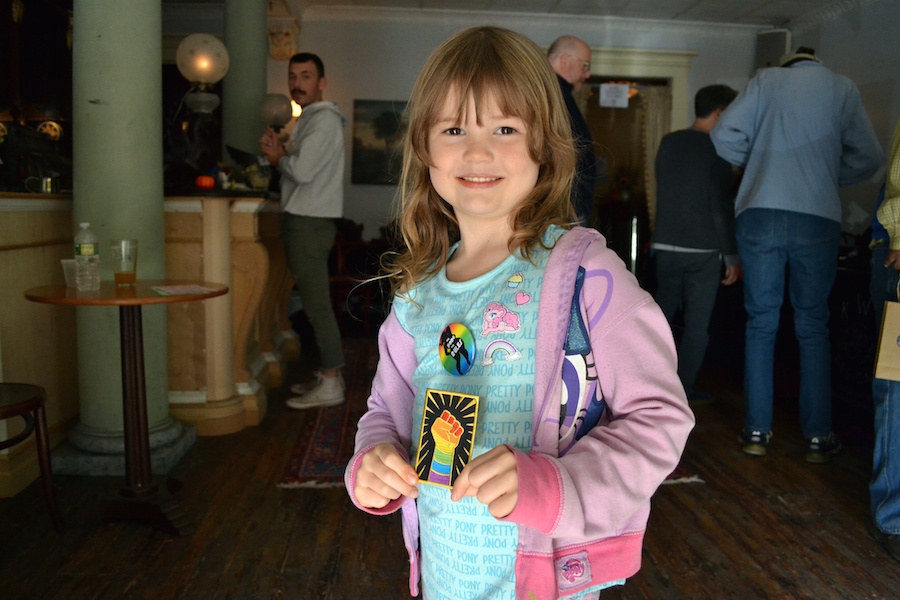 “Personally, I like to be more of a chameleon in society, so my flair is going to be more subtle,” she said, flashing a vintage cowboy hat pin she picked up at the table of Yellow Stripe, a Bridgeport-based apparel artist.

At Bianca Negron’s Bianca’s Design Shop table, queer folks and allies could find pins and buttons to communicate preferred pronouns and a wide range of pride flags spanning the gender and sexuality spectrum.

“I definitely do it to provide visibility for those who feel marginalized and who are in the LGBT community,” said Negron, 28, a queer Latinx artist based in Queens, New York. Negron’s pins offer wearers an inroad for conversation, or the ability to be heard without speaking.

“I draw a lot of women of color, mainly because I feel like sometimes we’re missing from that fun and whimsical narrative, and that can be frustrating,” she said.

She added that it’s sometimes hard to be the one creating the imagery that’s lacking. “But you know what, when people look at it and make me feel like I’m doing a good thing, it honestly makes it a little easier. You feel it in your heart as well.”

As the crowd died down, Dakoulas divulged some of his own flair choices for the day—including a “Dump Trump” pin on the chest of his red plaid jacket and a vintage handcuff pin dangling from his cap. 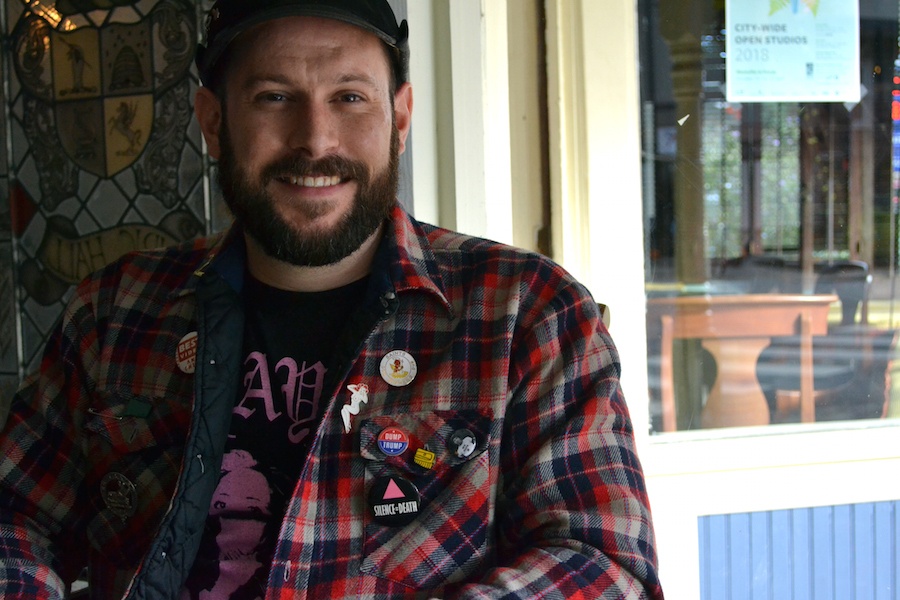 “I think that pins and patches are, yes, a way to express yourself, but a way to make a point. A way to say things that you might not want to verbalize all the time but you can wear on your sleeve—literally,” Dakoulas said. “It’s also helped artists get their work out there in a very accessible, affordable way.”

Dakoulas said he’s been focusing on store-specific artist collaborations to bring new art within reach of consumers through the “Strange Ways Exclusives” section of the store. He cited a recent collaboration with the LA-based painter Jillian Evelyn, who he approached to create a patch that’s since sold out.

“I love art that’s accessible. I love art that’s not just in a museum,” he said. “I think that people have something to say and it’s not really going to get out there unless people can afford to buy it.”