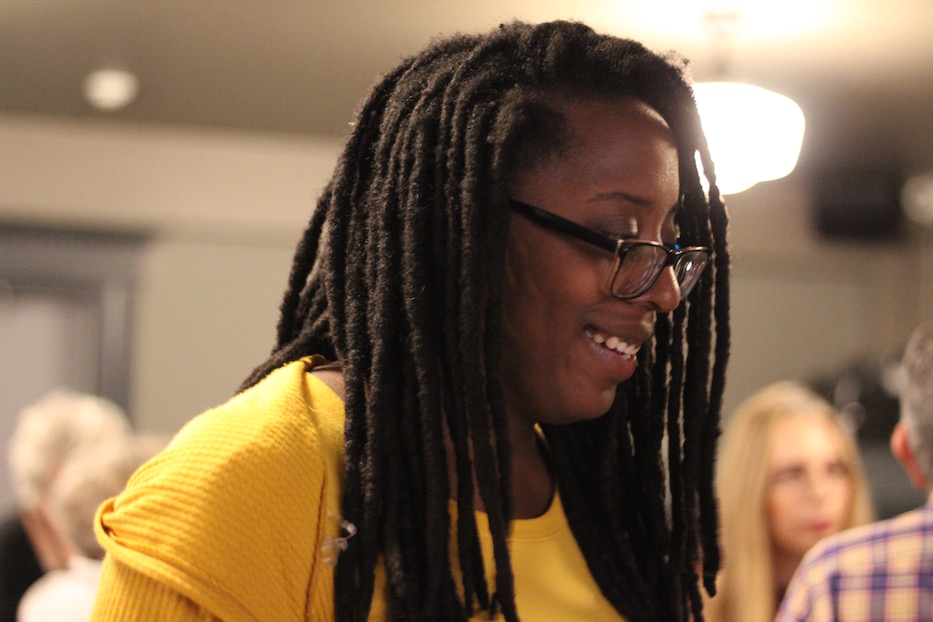 Recently artist Amira Brown has found herself spending a lot of time in her studio, preparing for two city-wide debuts this fall. Monday night, she took a break to hear what other artists in the community are up to—and how she might learn from them.

“Fall in the New Haven area means Open Studios, which is a beautiful thing,” said Verge Arts Group Founder and CWOS Executive Producer Elinor Slomba. She praised the Hamden artists in the room as creating “a really good thing, and [setting] a good example for other communities.”

CWOS begins officially this Friday with a grand opening reception in downtown New Haven, outside Artspace’s Orange Street digs. In advance of the month-long festivities, Hamden Arts & Marketing Manager Alisha Martinale has designed a map of where Hamden-based artists will be for both the Private Studios Weekend (Oct. 12-13) and Alternative Space Weekend at Yale West Campus (Nov. 2-3).

As artists mingled over snacks and music from Luke Hendon and Preston Parish, several traded tips, contact information, and notes on where they would be showing their work during CWOS. Danielle Schmitt, who lives in Northford, chatted excitedly about a series of ink portraits she will be displaying, all of them dedicated to female activists.

Two years ago, she left a teaching position to dedicate herself to her craft full time, adding the portraits to her wheelhouse after finishing an image of Coco Chanel for Hamden’s magazine The Perpetual You. Using Japanese paint brushes and ink, she has been working on the series for over a year. Among portraits she has completed, viewers may be able to find Malala Yousafzai, Emma Gonzales, and Greta Thunberg.

“In the art world, there isn’t enough representation of women artists, or women in general,” she said Monday.

As she worked her way through a growing crowd, other attendees met for the first time. Brown, who has been honing an interest in visual art since grade school, described her newest series to poet and writer Cynthia Conrad. She plans to exhibit her work twice this month, once during Private Studios Weekend and once during Alternative Space Weekend. 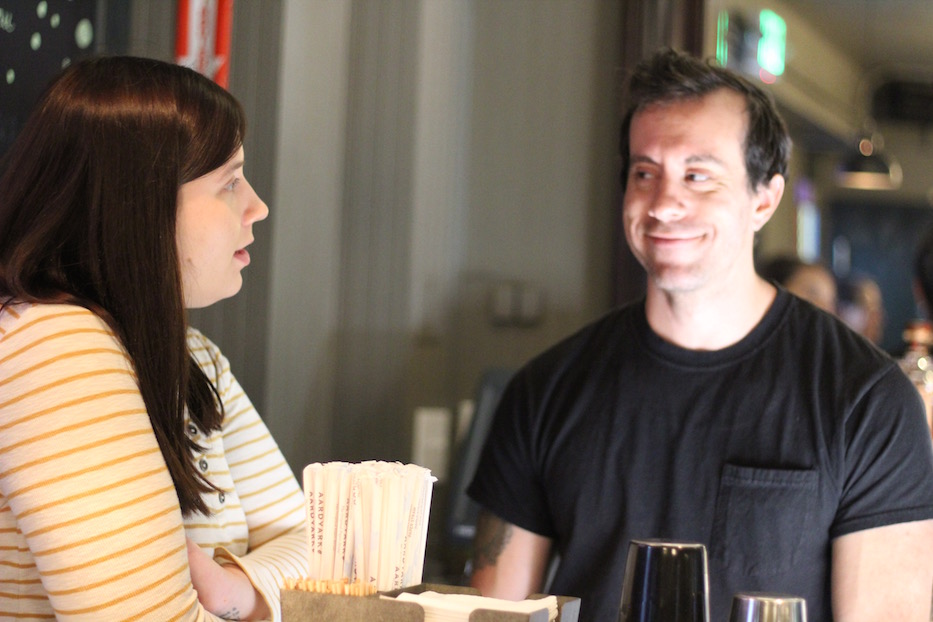 In her images—several of which she pulled up on her phone—Brown is working to break the stereotype of “the Harpy—you know, the screaming woman bird” by depicting the creature in an impressionistic blue-and-white comic strip. Every so often, Conrad cut in with a question or suggestion for community engagement.

“I always love mixing with other artists,” Brown said. “Hamden and New Haven—they’re right next to each other. They should be able to work together.”

That was also true for Kate Henderson, a pastel artist who will be exhibiting at CWOS for the sixth time in her career this year, and is also opening a show at Westville’s Kehler Liddell Gallery in mid-October. Having lived in both New Haven and Hamden—”my home is my studio,” she laughed—she said she was excited to see an event bridge the two worlds. 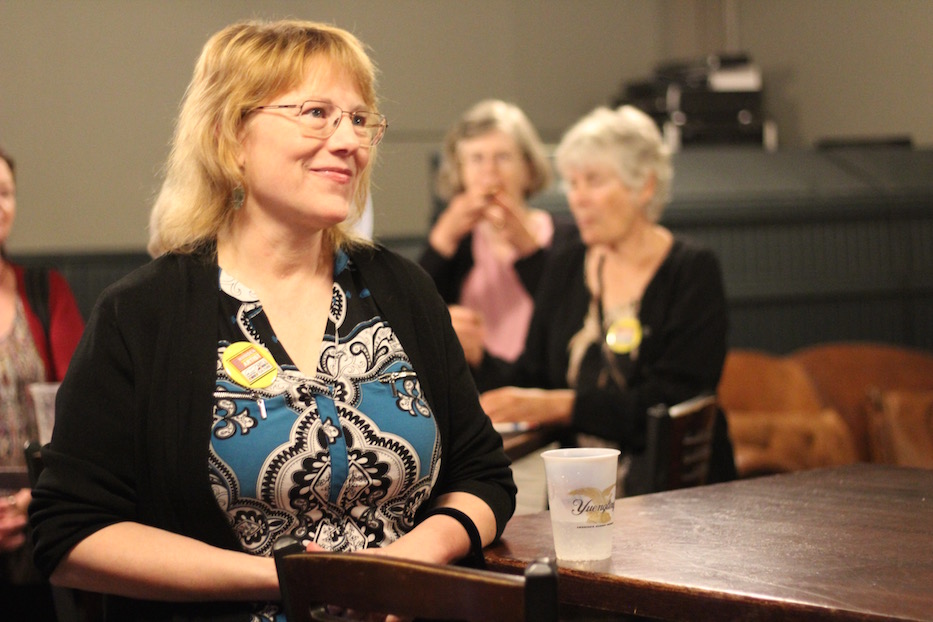 During Alternative Space Weekend, Henderson will be displaying “The Fountain Of Youth,” an experiential installation with artists Lee Walther, Roxy Savage, and Joy Kenechukwu Okeke among several other collaborators. In it, attendees will be invited to “search for” their own personal fountain of youth, with science talks and workshops woven into the weekend.

“It’s great to get out and meet people,” she said, adding that artists in Hamden don’t always know that their colleagues and fellow practitioners may live right down the street. “Artists can be isolated. So this is wonderful.”

That’s the hope, said Martindale. As a professional photographer and arts manager, she’s seen firsthand how solitary the act of making and the honing of one’s craft can be. Now, she’s attempting to un-isolate artists by design, and bring together communities in the process. She added that she’d like to see the Monday Mix become a monthly series, if the space and interest remain.

“I want to see regular intermingling of the artists and people in our shared communities,“ she said. “It’s been really homogeneous and I want to break that up.”

“Being an artist at this moment in time is one of the most important careers one can have,” she later added, while speaking to the crowd. “There is an ever-growing need to reflect the times we live in and to use art to communicate with those who might not share a spoken language. Art is a tool that unites people, and we’re so fortunate to have so many artists right here in our own town.