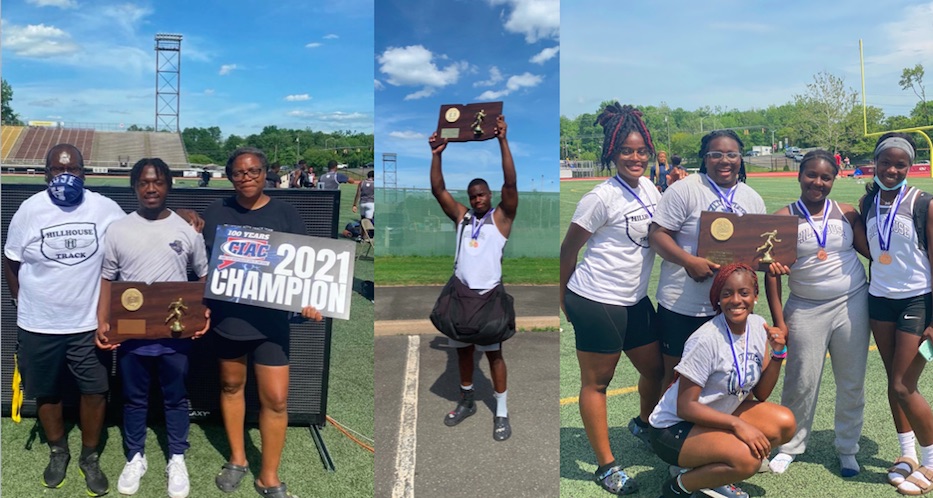 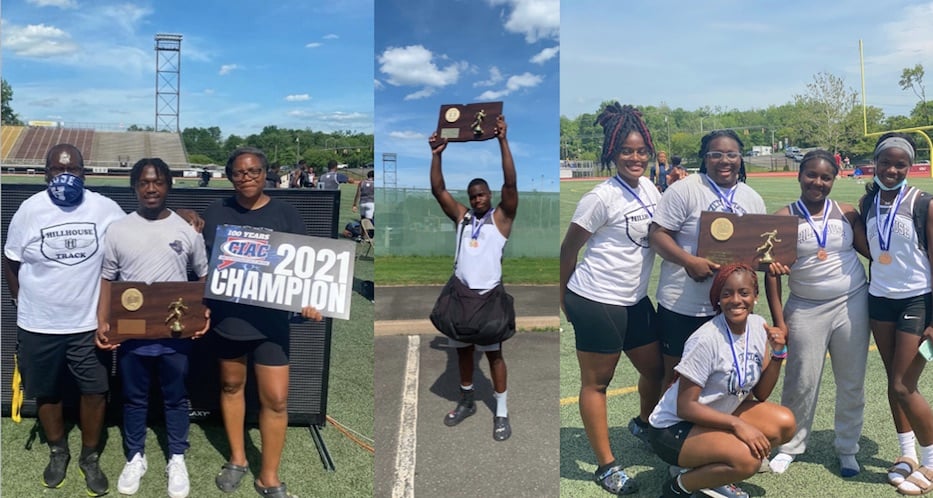 Seven members of the James Hillhouse Academics have qualified for a national competition across the country—but they need the community’s help to get there. After a year of pivoting, their latest fundraiser may be the last hurdle they face in a year upturned by Covid-19.

Coached by Gary and Michele Moore, the Academics are Hillhouse’s track team. This spring, the team won several statewide championships that helped seven members qualify for the National Scholastic Athletics Foundation (NSAF) Outdoor Nationals in Eugene, Oregon. Before they can go, the Moores are working on raising the money to get there.

The competition, which will be held at the historic Hayward Field, is scheduled for June 30 through July 3 of this year. It is normally held in North Carolina, which is less expensive to travel to. Moore estimated that plane tickets, food, and lodging will amount to close to $17,000. That amount comes after a year when the team hasn't been able to bring in ticket revenue.

“We’re competing against kids who are in the inner city, suburbs, everywhere,” said Michele Moore in a recent interview over Google Meet. “And for us to pull our athletes together and be able to come out on top, that too was something to be proud of. And I think the kids should be proud of what they did, because they did it, we just coached them. They have to get out there and perform. It was awesome. I'm still smiling about it, watching videos about it and just elated.”

Moore, who coaches Hillhouse Boys Track, wasn’t always a coach. Originally, she was a science teacher who attended students’ sports games to get closer to them. Then she became a volunteer on the track team, where she met her now-husband Gary Moore, Sr..

With no background in coaching, Moore started as a volunteer, jogging alongside the kids, hanging around and helping out. Around 2000, the boys' team lost its head coach. The  remaining coaches suggested she step up. Through clinics and conferences, she learned the fundamentals of coaching and became an assistant coach before becoming boys track head coach in 2011.

“I grew over the years—I kept learning because if I was going to do it, I wanted to do it well,” she said. “The coaches really mesh, and that’s probably why we continue to win year after year- it’s because we work so well together.”

To get to championships, both she and students put in long hours—and got creative. While lockdown restrictions were still in place, the coaches held practices for the team over Zoom. They continued to hold athletes accountable for both their schoolwork and athletics, which she says may have helped many overcome the difficult year.

The abilities that young people gain from being in athletics are invaluable, said Moore. She added that Hillhouse coaches hope that the rigor and diligence of sports—doing something even if you don’t want to do it—will translate from track and field to the classroom and the rest of the athletes’ lives.

And that diligence and training has paid off. This June, both teams won their divisional state championships. Boys also won state opens.

“There were a lot of people, and good competition,” said sophomore Bernadette Karpel. “States was fun, we all had a good time.”

Now Moore is looking ahead to the NSAF Outdoor Nationals and calling for the community’s help. This location switch from the South to the Pacific Northwest, coupled with the Covid-19 pandemic, has created a few challenges for the team.

During a regular season, the team’s main source of income would come from hosting meets. This normally helps cover travel fees to nationals as well as other expenses, like meet fees and discounted shoes for students who may not have the resources to get them on their own. But this year, the lack of indoor invitationals and less outdoor meets due to Covid restrictions has made the trip impossible without outside help.

Moore is looking at a fundraising goal of $10,000. After starting a GoFundMe for the cause, her husband started another one that has raised just over $11,000 following an article in the New Haven Independent. Because every dollar raised is one that students don't have to pay, the team has kept it open. Donate here.

Julia Rosado is an alum of the Arts Council's Youth Arts Journalism Program. She is a rising junior at James Hillhouse High School.