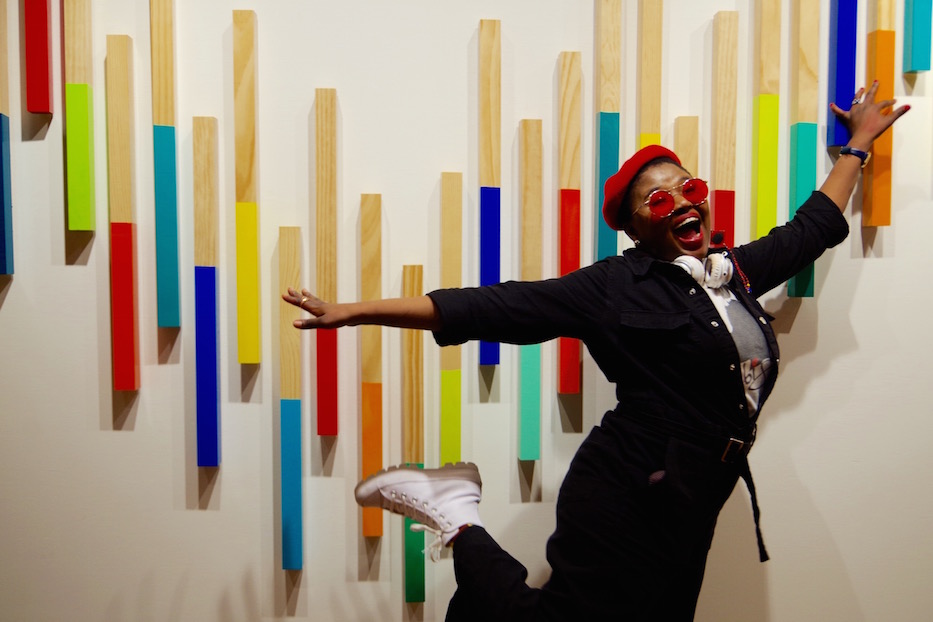 Hips swayed and feet moved with the music. Vocals sailed through a microphone. Poetry traveled slowly to the audience, its messages hitting home between the lines. One way or another, performers vowed, change was going to come.

Performances from Thabisa Rich and the WORD Poetry Group helped set the tone Sunday for the two-day celebration of Martin Luther King, Jr., held through the Yale Peabody Museum of Natural History. The event, now in its 24th year, took place between the Peabody Museum, Marsh Lecture Hall at the Yale Science Building, Kroon Hall, and the New Haven Museum.

“It’s a chance to honor [Dr.] King and to honor contemporary movement leaders,” said Jesse Delia, camps and public programs coordinator for the museum. “For us, it’s thinking broadly about the environment and thinking of that as places where we live, work, and play.”

Sunday, the museum welcomed back New Haven singer Thabisa Rich, who performed last year among the dinosaurs. In the time since, she has spent her time performing around the city and also speaking up for victims of police brutality and a stronger sanctuary city status in New Haven.

As she danced across on stage, mixing Sam Cooke with some of her own work, she encouraged others to dance as well as a symbol of their shared humanity.

“Love and remembrance,” she said of the performance. “I wanted to remind people not only of the [legacy] of Martin Luther King, but also to remind us of our community and our humanity ... clearly, we have forgotten that we are all equal.”

“The way we are stitched together
… The way that this country tried to unmake it’s people…
I wonder, does justice know we can’t sleep?...

We are angry and yet we love…
I pray we never lose sight in the promise land.”

“My poem is kind of contending with the idea of hope and hopelessness,” she said. “And how history kind of gives us a guide for [how] to navigate a world that is sometimes for hopeless and how to find hope in that.”

In Klutse’s poem, the image of a block party gives way to a language of fear and isolation, the listener watching the world as Klutse sees it for a moment. They see his ease and joy dancing with other Black people, then are sent into his current reality.

Saturday night will be like a hot girl summer…
I miss dancing with my Black friends…
I want to dance how I used to…
I cannot think of a song strong enough to disarm him.

“I was thinking a lot about like, dancing and sort of like Black spaces of joy as something like, creational and also fun,” he said after the performance.

Monday, the celebration continued with performances from musicians, poets, dancers, storytellers and more between the three locations.