In His Words: Kick The Cat's Vijay Tellis-Nayak 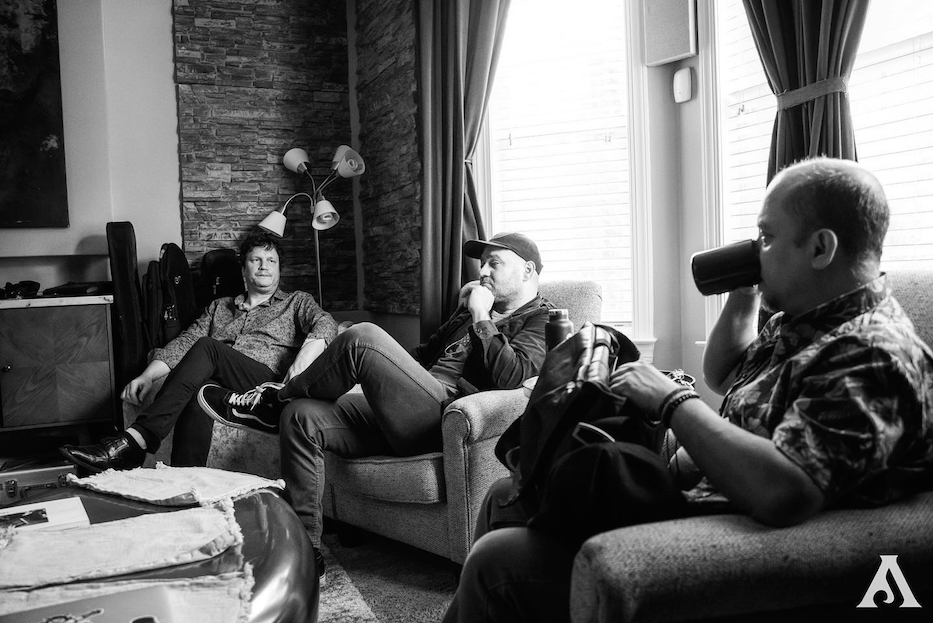 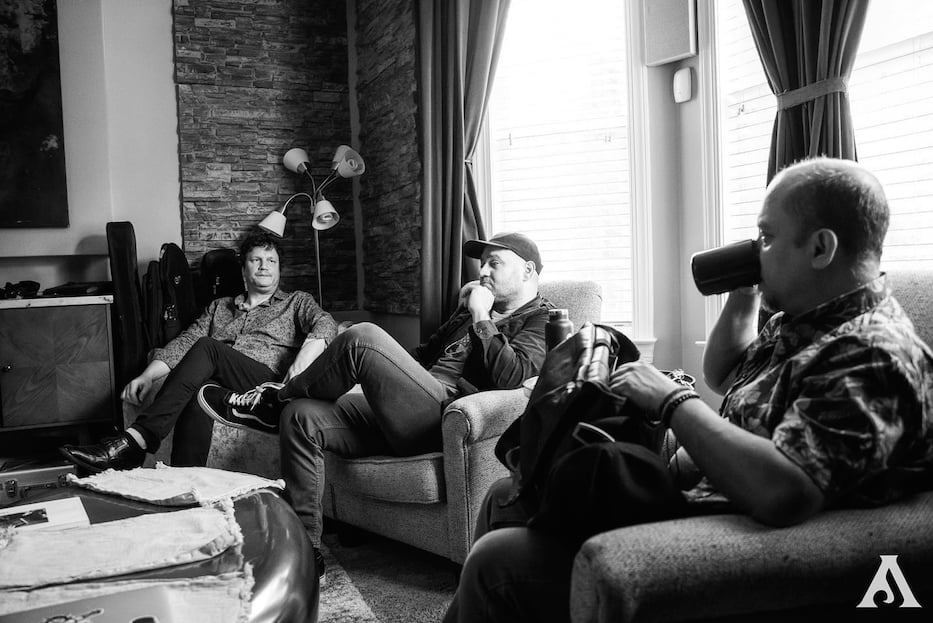 Rapid-fire drums kick off “Adolpho’s Dilemma,” bringing a listener right in. There’s the decisive thrum of a guitar, then an echoing cascade of keys, one coming right after the next. The band is in full swing.

That music comes from Kick the Cat, coming to Stella Blues Saturday Nov. 6. The band is on an East Coast tour promoting their new album “Gurgle,” described by DownBeat Magazine as “a major new entry in the annals of progressive jazz-rock.”

In advance of that show, Westvillian James Bhandary-Alexander sat down with Kick The Cat keyboardist and childhood friend Vijay Tellis-Nayak to talk about the new album and his musical influences. An excerpt of that interview is printed below.

JBA: You’re from a musical family ... can you tell us how you got introduced to music in your house?

VTN: I am my, my mother was quite musical, and still is quite musical. She studied piano growing up, and she was a music teacher for a little while. In her younger years she was a church organist and is an excellent sight reader on piano.  She always was very encouraging of my musical endeavors.

JBA: And when you were very young, you won an award for a composition right?

JBA: What did you write for that contest?

VTN: It was a symphonic work, my attempt at a symphonic work as best a 10 year old can.  It was performed by an orchestra, and I actually won the contest the next two years.

JBA: Did you write it on a toy or am I making that up?

JBA: Major Morgan. This is like a little blue toy that beeps.

VTN: You know, when you get that kind of encouragement when you're when you're young, you think, you know, the world is your oyster. Anything's possible, perhaps naively.

JBA: You also played in the high school jazz band, was that was that your introduction to jazz music?

VTN: In a way. The jazz band experience gives you an introduction to the culture and the lineage of what's expected from jazz educators, and the path that most of your peers will have gone through.  But I think really did my entrance to jazz was kind of backwards because it came through blues and guitar, fusion like Jeff Beck and Mike Stern.

That is what really sparked jazz being an interesting thing to me. I didn't immediately latch on to the historic sound of jazz from the 50s and 60s and 70s. I think in some ways, I had to mature a little bit past my teenage predilections to be able to appreciate that.

JBA: At the time there was a big guitar learning culture that really centered on blues, which is part of the musical landscape in Chicago for everyone from inside the city to the outer suburbs. There was a lot of blues on the radio and that's what our guitar teacher, that was the focus of what he was teaching us at the time. But it does lead you into other things, like you said, Jeff Beck and Mike Stern, and funk music and Miles Davis, in my mind is the progenitor of jazz fusion music. What can you tell people about Miles Davis?

VTN: Well, Miles Davis goes all the way back to all of the music that we're talking about. Aside from being a virtuoso instrumentalist, which he was—although one could argue there were more virtuosic Bebop trumpet players, and more virtuosic fusion trumpet players. But really, he distills jazz and moves it forward.

He prized forward thinking in jazz, like Picasso in art.  He invented a number of styles and periods that other musicians followed.  It’s that spirit of innovation, and being on the leading edge of the creative curve. That is what makes him great, and it is the attribute that I think most jazz musicians would aspire towards.

But here was also a stodgy cultural conservatism to Chicago when we were growing up, that I think led to some people expecting jazz to be a certain way, blues to be a certain way, and I'm sure it was true of gospel, and rock, and other genres as well.  Have you encountered that?

VTN: That's very well put. In the jazz community in Chicago, there are amazing players in the city.  But it's not known, the way New York, as cutting edge, or the way that the way that Los Angeles draws a lot of people, because of how big the commercial music scene is there.  The jazz scene, as far as all the scenes go in Chicago, is not big. If you compare it to other cities, it is big.  But it's not big compared to gospel.

There are amazing blues musicians in Chicago. People that experienced it in the 70s and 80s really saw the last generation of the real blues musicians playing in clubs in Chicago.  What holds it back a little bit now is the branding of Chicago as a “blues city.”  That makes it a tourist destination, that's where a lot of the dollars come from, and tourists expect to see a certain thing.  Not that it's a bad thing that they're seeing, but I think that incentivizes that music to become a time capsule.

I will say, probably the, you know, the gospel scene in Chicago is the most fruitful. The gospel scene is immense, is enormous, and it is filled with a huge amount of talent. People rise through the gospel scene. They are the people doing all the big touring acts in L.A., and New York, so it's really a feeder to a national level of playing.

And I would say that sculptural conservatism that you're talking about, is not so much in the Gospel scene.  In the blues scene I think that it's driven by economic forces. But it's definitely there in the jazz world.

JBA: I pulled up this quote from Wynton Marsalis featuring skepticism about the kind of music that Kick the Cat does. I wanted to read a little bit of it for you and see how you feel about it. He says in article from Metro UK, “What I object to is the abandonment of the swing rhythm that is essential to jazz…there's no way that anyone can be a great jazz musician playing along to funk rock rhythms, it just ain't gonna happen.”

VTN: Well, you know he's, he's a very provocative. He is a provocateur. And I think a lot of the comments, I don’t even think they need to be addressed directly because his program is elevating traditional jazz to the status of the status the classical music has: the status of the dead white males, and the whole project is putting the emphasis on that origin story.

So, I understand why, given his agenda, he may neglect other forms that that I think are legitimately great forms of music.  I just read Fred Hersch’s autobiography where he talks about Winton and how, what a phenomenal musician he is. The only criticism, really, is that his agenda is that of musical conservatism.

In this case, it's sort of a progressive conservatism in the sense that it's there to give the just due to the founding fathers of this music,  who were disparaged in society for so long, and not given their due.  So to that I completely commend his efforts.  But no, you can't make any broad statements about music like that.  I'm not even exactly sure what the way it concluded meant, I mean is funk bad because it’s ubiquitous?

JBA: Right, and there's a whole other way of looking at all this about like continuity is between musics.  Especially with funk, to say it has no connection to jazz and blues and previous generations of African American music is probably a stretch, in most people's imaginations.

VTN: There’s not a hard line between this and that genre that genre, especially you talk about funk music, which is so infused by Caribbean and African influences. You have to take those comments with a grain of salt.

JBA: How can people find this new album “Gurgle” from Kick the Cat?

VTN: Well we have kicked the cat music.com, where we're going to have links to all our shows, and merch and stuff like that.  But we're on all the streaming platforms iTunes, Spotify, Amazon, selling CDs and records.

JBA:  Vijay Tellis-Nayak and Kick the Cat are preserving traditions while always pushing the music forwards.  See you Saturday night.