In Praise Of Reading The Room 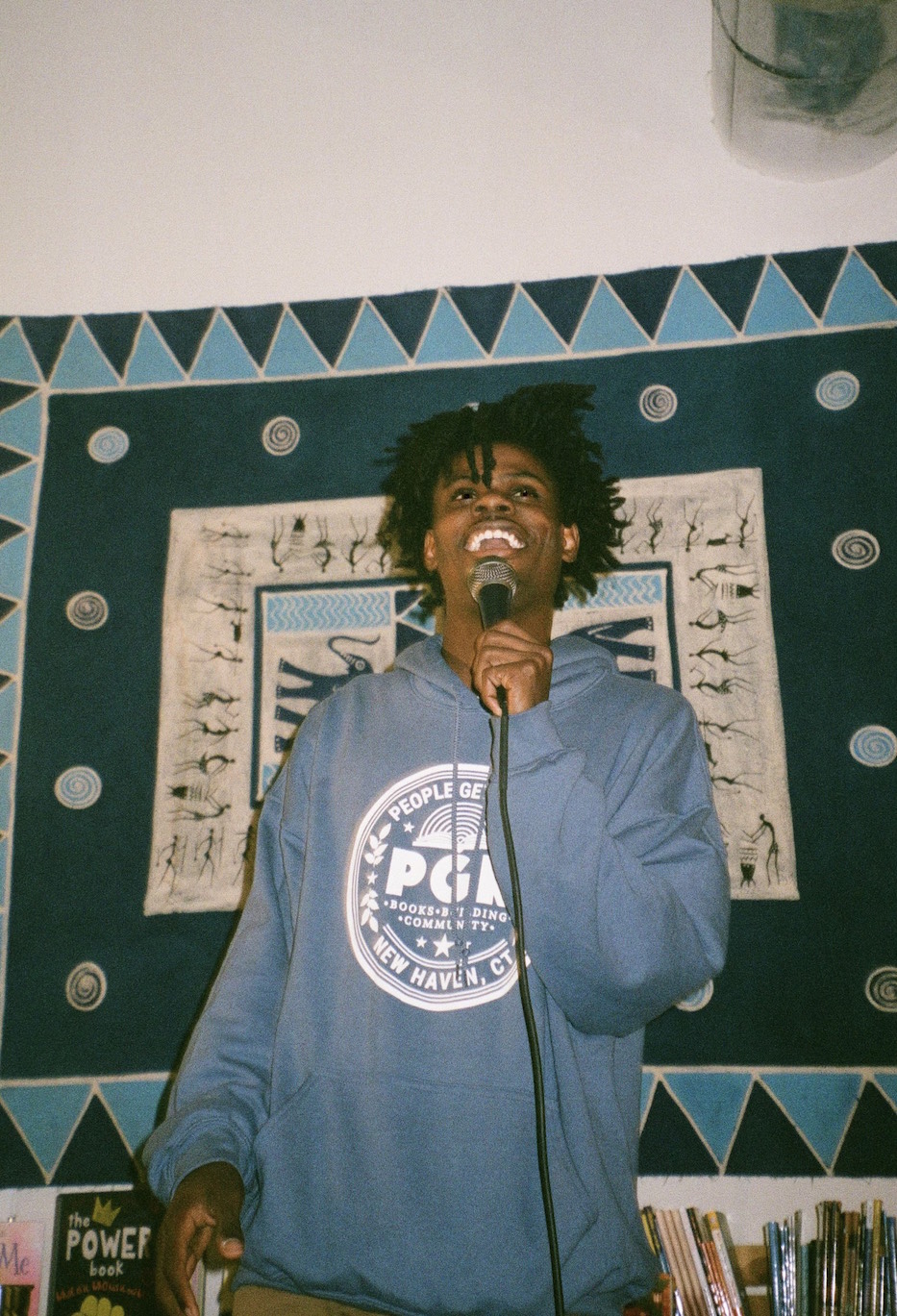 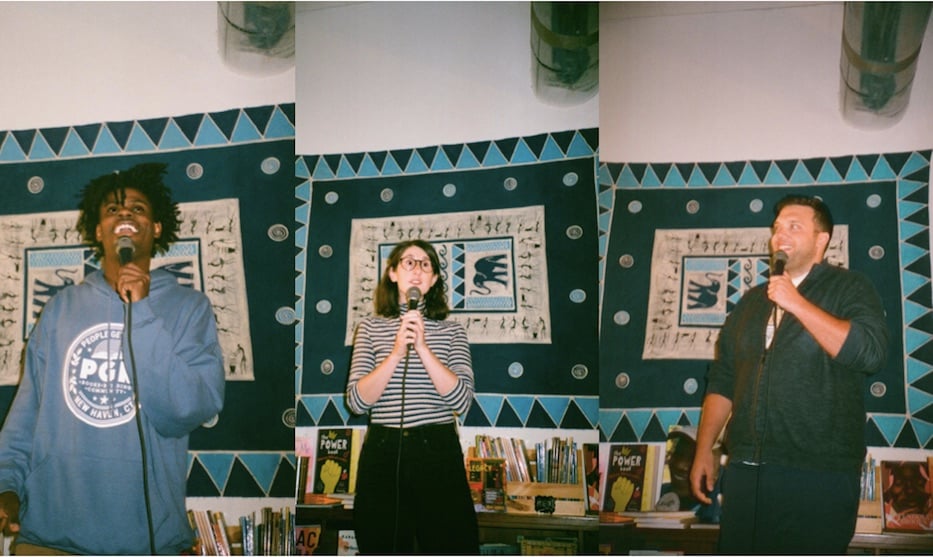 I’ve noticed over the past 18 months an uptick in people saying things like “during these trying times, what we could all use is a laugh.” It stands out to me because it’s often those same people that never come to any of my comedy shows.

Sometimes those shows are at places that are not exactly conducive to comedy, like at a bar during a sporting event, or at the casino in front of a bunch of people who just gambled away the money for their honeymoon. But to be fair to me and my fellow comedians, there aren’t very many places to perform comedy in Southern Connecticut.

Once upon a time, there was a comedy club right here in New Haven. It was called Jokers Wild and it had the worst parking lot in America. It closed in 2015, and no one cared. The question of whether they should have cared is a tricky one. On one hand, I don’t think anyone would classify Jokers Wild as a “good” club. On the other, it was a place where you could see funny people tell jokes three nights a week for over a decade, and you gotta give it credit for that. Or don’t. Who am I to tell you how to dole out your hard-earned credits?

My point is, people want to laugh. Comedians need stage time. So I took it upon myself to find a new place for them to do it. I chose the most logical place I could think of: a bookstore. Specifically People Get Ready Books, a bookstore off of Whalley Avenue that lives behind a pizza place in an old auto body garage. On a recent Wednesday, we gave it a test run with comedians Stosh Mikita, Tricia D’Onofrio, Chris Cyr, Dan Kalwhite and Howie Mason. 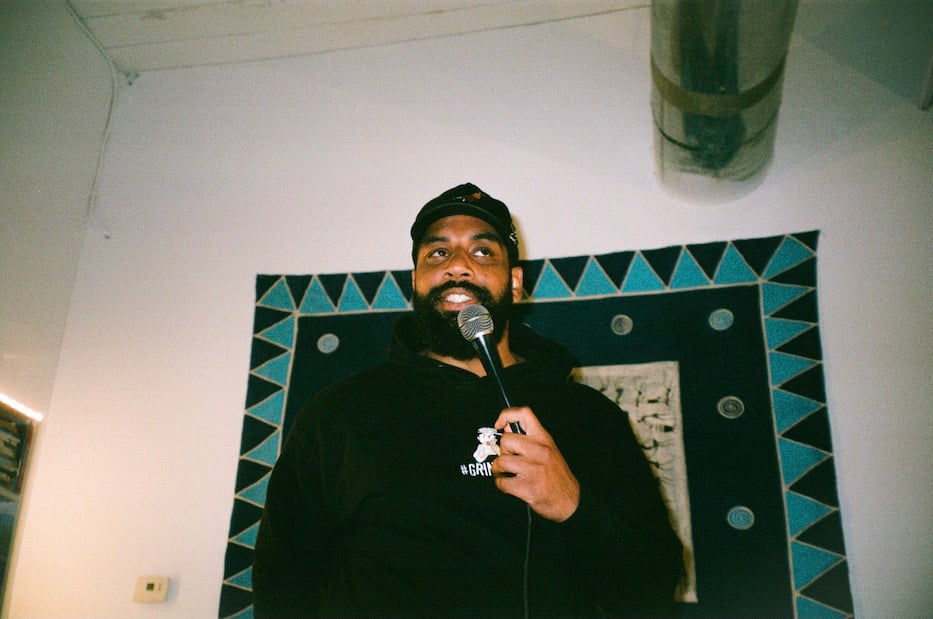 The audience of 30 were all masked in a show of deference to our overlord, Covid-19. I was worried the masks would muffle the laughter, but it’s amazing how well laughs carry when they’re not competing with the sounds of slot machines or jukeboxes. And in a bookstore, where the generally accepted volume is “dull roar,” everything felt cranked up to 11.

I booked five comics for the show, but comedy shows very much have an unwritten Field of Dreams “if you build it they will come” thing going on, so there were some special guests. The first comic of the night was Mikita, who I refer to as “America’s greatest wordsmith” for the turns of phrase he comes up with on a near-daily basis.

Mikita once referred to himself as a “Squatch-thusiast”—a fan of Bigfoot—and it’s something I laugh at least once a week. Stosh’s set consisted of a list of “things he knows to be true,” including “For every Bruce Springsteen song, there’s a Billy Joel song to explain it to stupid people.”

Following Mikita was Tricia D’Onofrio, whose cutting wit betrayed her very sweet demeanor. We could feel that in her jokes, for instance when she mentioned wanting her long-time boyfriend to propose to her now while he’s still hot. “Don’t you wanna pop the question while your hairline is still intact?” 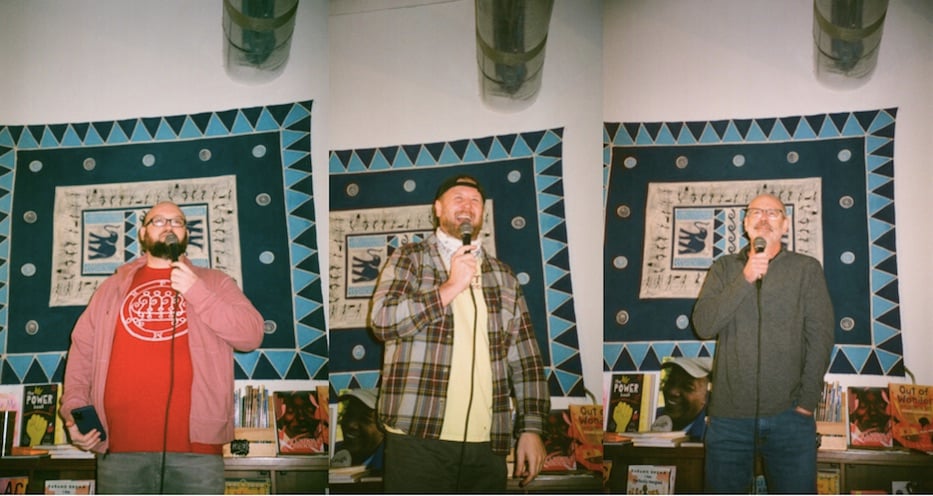 Others let that organic bookstore energy flow. Cyr, a Bridgeport native who spends most of his day playfully threatening to beat up other comics, mentioned in his set that he has an unexpected fear. “My girl always asks me to take out the trash like I’m not scared of raccoons too,” he said.

There was Kalwhite, a burly, bearded giant whose jokes I’d like to quote here for you, but I don’t think I or anyone present would be able to if they tried. His set was a rambling masterpiece of silly non sequiturs, odd audience questions, and strangely salient observations.

There was a portion of the set where he asked a few audience members what their “favorite bean” was. He then closed by hilariously forgetting the words to what I know to be one of his easiest jokes to remember. It was probably my favorite set I’ve seen anyone have all year.

Closing out the show was Mason, a Connecticut comedy veteran who loves Connecticut until he’s outside of it.

“You ever try to defend Connecticut when you’re out of town?" he asked the audience. "It’s impossible."

The fact that the show was taking place in a bookstore came up quite often, with special guest drop-in Beau McDowell pointing out the odd location of the building.

“I’ve never seen a bookstore behind a Papa John’s before,” he said. “What is this, his personal collection?” Kalwhite claimed that “I was gonna spend my first three minutes looking for a copy of Where The Wild Things Are”. I chose to point out a children’s book with Thurgood Marshall on the cover that seemed to depict the late Supreme Court justice looking down on the show with disapproval. 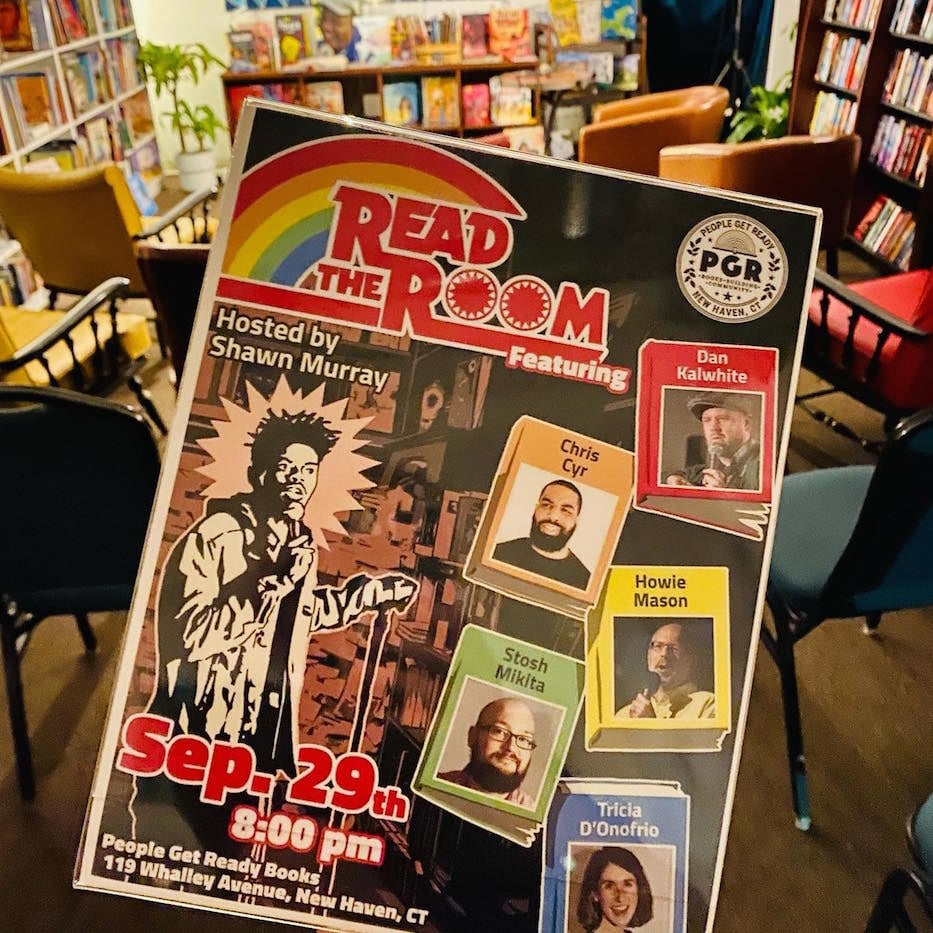 Jokes aside—literally—the venue worked. I chose People Get Ready as the show’s venue because I love reading, and have a great relationship with the store’s co-founders, Lauren Anderson and Delores Williams. In a space like a bookstore, there doesn’t need to be a crowd of thousands to make the show fun and energetic. In comedy, intimate spaces are preferred because they allow all of the focus to be on one thing: the show.

But the number one reason is People Get Ready has an awesome atmosphere. Maybe it’s the often-open garage door that makes the space feel so open and welcoming, or the store’s dedication to building and uplifting the community. I’ve never gone into PGR and not had a charming conversation with either Anderson, Williams, or a fellow customer.

That same sense of community-based effort was palpable at Read The Room. Comics and audience members milled around out front before the show, smoking and laughing. There was great banter between the crowd and performers. People made new friends or ran into old ones. And best of all for me, people got to know my favorite bookstore in the city.

This is the value of a local comedy scene. Of course it’s important for the laughter (that we need so much during these trying times), but if it was just about having a laugh people could stay home and watch Ted Lasso. A comedy scene creates a space for people to learn about the comedy talent that’s right under their noses and support them as they grow to be bigger and better. It also creates space to meet like minded comedy lovers who may grow to be friends. Almost all of the friends that I’ve made in the last 10 years, be they comics or normal, sane people, I met at comedy shows.

Jokers Wild, a place no one would argue was a “good club” holds a special place in my heart because it’s where I met hilarious people like Mikita, Kalwhite and Mason. It’s where I learned how to put together a show, be it at a bookstore or a brewery. Jokers is gone now, but I’m grateful to places like PGR and Trinity Bar (where my friend Josh Levinson runs a great monthly show) for allowing places for a comedy scene to flourish.

The next Read the Room will once again be at PGR on Wednesday, October 27. Come by, have a laugh, meet some people, and buy a book from Papa John’s private collection.

In addition to his work for the Arts Paper, Shawn Murray is the host of the podcast "Nobody Asked Shawn." Follow it here.