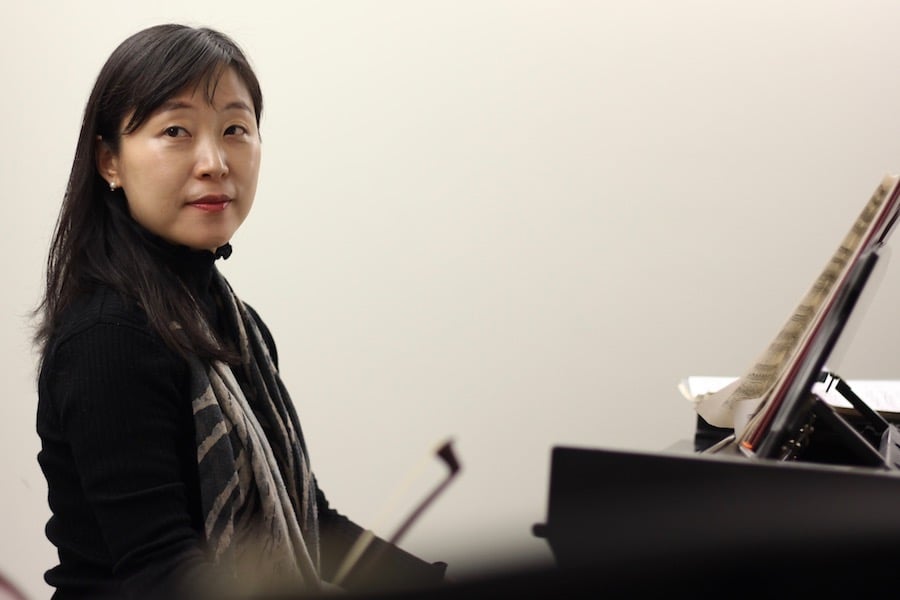 A disagreement had exploded in the belly of Hendrie Hall. Violin wailed out, answered by a cello just short of gnashing its teeth. The ghost of Antonín Dvořák stirred beneath feet, slipping over into a corner. Ole Akahoshi sliced the air in two with his bow. At the piano, Minyoung Kang could feel it all, and tugged back, the keys bending to her will. Her head bobbed and jerked with the notes.

It’s a musical a tug-of-war welcomed by the Kallos Chamber Music Series, a new group of artists who are trying to tear down the divide between performer and listener through classical, modern and contemporary chamber music. Thursday night, the group will hold its first show at Westville’s Lyric Hall, rolling out a program of Claude Debussy, Felix Mendelssohn, David Lang and Dvořák. Tickets and more information are available here.

“I’m hoping to create and cultivate an intimate salon-style concert experience for this community,” said Kallos Founder and Artistic Director Minyoung Kang in an interview Wednesday, before heading into a two-hour rehearsal with fellow musicians Jung Eun Kang (violin) and Akahoshi (cello). “I was excited by the salon culture that flourished in Europe, and wanted to adapt that kind of setting to our modern culture.”

The idea for Kallos began last year, when Kang went on a visit to Lyric Hall with friend and colleague Jon van Kouwenhoven, who builds string instruments and uses the space to meet with clients. A recent graduate of the Manhattan School of Music, Kang was still relatively new to New Haven, where she is now living as a piano fellow at the Yale School of Music. She had heard Kouwenhoven mention the possibility of a string series at Lyric Hall, but didn’t know anything about the space. Until she stepped inside, and was transported to the nineteenth century. 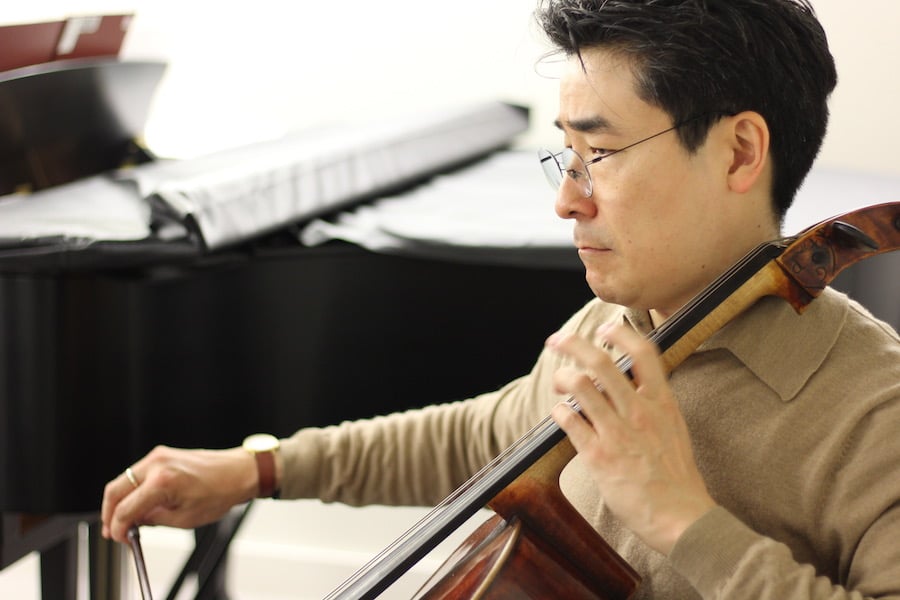 Immediately, she recalled Tuesday, she was taken by its history. The building, which is now up for sale, is a restored cabaret that was brought back from the brink of foreclosure in 2015. She could feel its many cultural lives: vaudeville theater and silent film house long before it was an auto body shop at the end of the twentieth century. She loved the small size of the venue—it seats no more than 60—and could envision starting something meant to bring the past into the present.

“It’s a very intimate and communicative concert setting,” she said. “Not like a large concert hall. People can be in a very intimate place, enjoying the fellowship, the music as it was intended. You feel like you’re in a different period of time, going back to the nineteenth century.”

She brought the proposal back to Ani Kavafian, an internationally recognized violinist and Yale professor who signed as the series’ artistic advisor. Together, they began to build a roster of musicians, assembling the initial trio for opening night as well as a March program in which Kavafian will play. 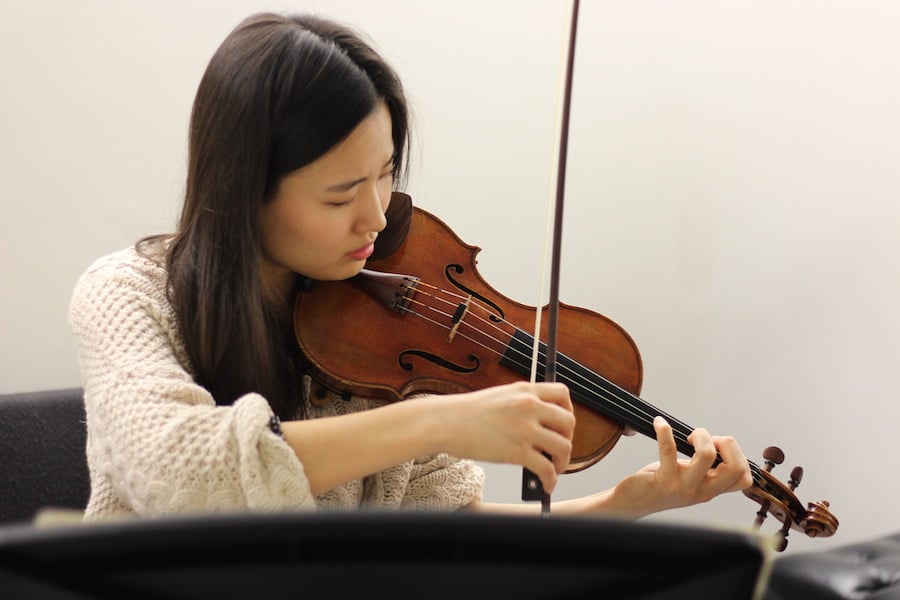 Wednesday afternoon, the three began with Dvořák’s epic Piano Trio No. 4 in E minor, Op. 90, often referred to as simply “Dumky.” The piece, spread over six sweeping movements, is all about contradictions: it starts out as a sorrowful thing, a burst of piano replaced by violin that comes in with a full-throated cry. Cello chatters in, close to weeping as it takes over. But it’s a fake out: the piano comes back as raucous and jaunty, almost exuberant until it takes a moment, and plunges back into a pit of despair.

It’s a push-pull that the trio has mastered over several rehearsals at Hendrie Hall, in a cube-sized white room by the Yale School of Music. Just moments into the song, violin and cello seem to have outgrown themselves, testing the outer limits of what they can do, or what instruments they can approximate. Piano strolls in nice and slow, then suddenly is running like it’s going to take everything it touches with it. The group hits a crescendo, and Kang conjures magic at the keyboard as music swells to swallow the whole room.

Just as Kang has imagined, there is something specific about the piece—and all of their opening night selections—when it’s performed in a small venue. Akahoshi is a deeply physical performer, and his breath sharp and in time with Dvořák’s every shift. The third movement is a prayer, blooming into a mechanized, almost-angry march that we never see coming.

With the evening’s three other works, the series spans four countries and three centuries, a move that Kang explained is intended to expose listeners to a variety of styles and eras. In the future, she added that the group may grow its footprint to include vocal chamber music, woodwind chamber music, and the Yale Cellos, to which Akahoshi has long been a teacher and mentor. But first, they’re just trying to get through their opening show.

Opening night of the Kallos Chamber music series is Thursday, Jan. 31 at Lyric Hall New Haven. The program will feature music from Antonín Dvořák, Claude Debussy, Felix Mendelssohn, and David Lang and begins at 7:30 p.m. Tickets and more information on the series’ website.