Kat Wallace And David Sasso Are The Stuff Of Stars 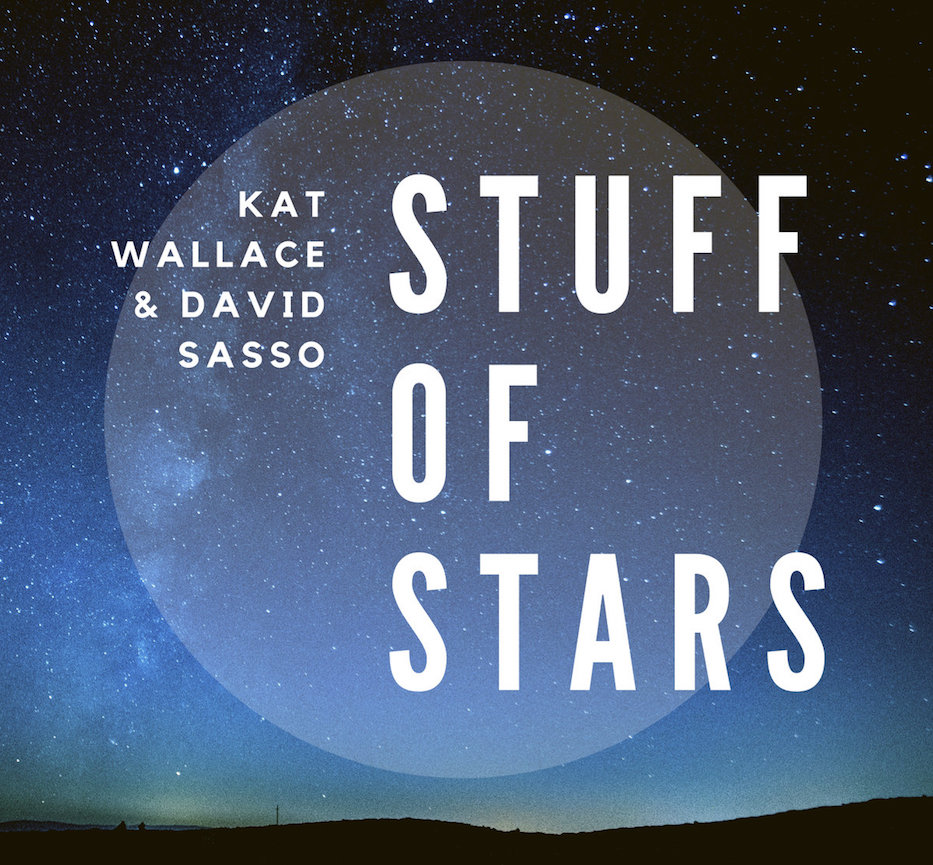 Even before David Sasso comes over the mic in “Dreamer, Say,” there’s something rich and understated about the piece. A carpet of fiddle leads the listener in, woven tight and scented of pine and honey. It’s punctuated with warm mandocello, then more fiddle, winding upwards like a car on a mountain road. Kat Wallace joins in, her vocals clear as a bell on every line’s second word.

Where warm winds loll on the shady deeps,/Or lave themselves in the tearful mist
The great wild wave of the breaker weeps/O'er crags of opal and amethyst?

From the outset, Stuff Of Stars draws a thin, entirely porous line in the sand (or perhaps more aptly, in the stars) between Wallace and Sasso’s musical and literary diets and the original work that has come from them. On several tracks, the two go deep on the poets who have nourished them, turning old work over for new lyricism without ever losing the original language. As the album opens on “Dreamer, Say,” a loping pace lets the words glisten and drip, filling one’s chest all the way up. 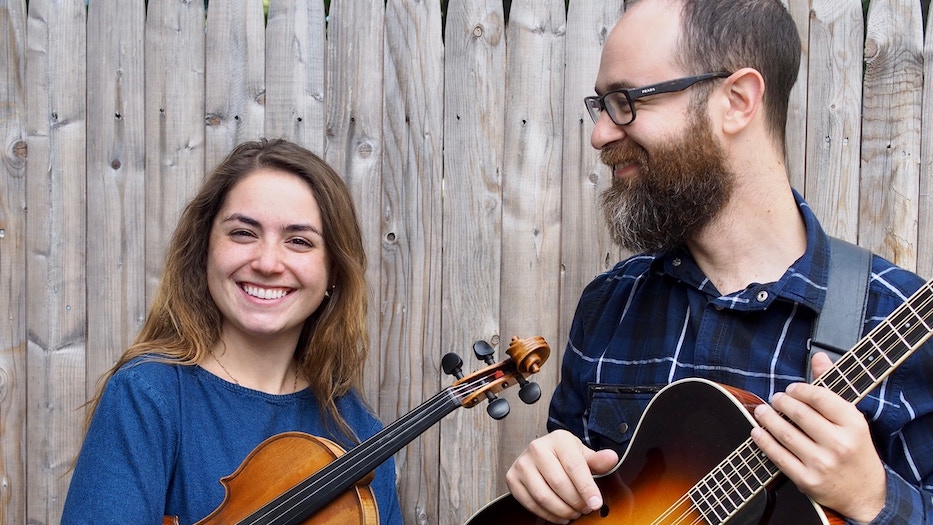 In “Dust Of Snow,” based on the eponymous poem by Robert Frost, the musicians slow back down enough that the beginning of the song feels unbearably sad, then lifts just as the poet’s mood once did. It feels fitting and reverent, just as these long-dead men likely hoped their work would be interpreted, re-interpreted, and kept alive well after they had expired. Riley’s words have a deeply existential weight to them; Frost’s are laced with an austere beauty that seems made for Sasso, although it is very much the other way around.

And in between those words and their own, the two find their footing. As they play in “The Best Is Good Enough” Wallace and Sasso start with Riley’s words, but weave in new lines that they’ve written, channeling an ink-splattered sensibility and meter that’s more than a century old. It’s like putting a person in period dress and dropping them in front of a diorama from the same period: the listener can’t tell where one ends and the other ends. All the while, the piece hurdles forward at a fiddle-flecked sprint. If the listener doesn’t hold on, they risk missing the entire thing.

But Wallace and Sasso, who met in the New Haven group Five In The Chamber, also hold their own on original material. They are smart and literary but also unpretentious, sometimes funny and quite winsome, with a musical grab bag of tricks that keeps giving. On “I’ll Stay Around,” Wallace comes in with a kind of wild naïveté, painting a portrait of her native East Haven before the listener even knows what they’ve gotten their ears on.

It’s gold (and as the musicians write of the piece in the liner notes, “an unlikely love song”): Wallace praises and laments her hometown, giving listeners the cheeky-sweet song about statewide provincialism that Connecticut didn’t know it needed. How many conversations with Nutmeggers have sounded just like this, listeners find themselves thinking.

Others are just sweet, without any of the cheeky. Where “Dreamer, Say” is kissed with hints of a waltz—it’s almost like a listener can lean back into it—their entirely instrumental “Omega” lurches forward, coasting upward by the 30 second mark in a way that is exuberant and intoxicating. Fiddles talk to strings, betting on who can keep up for the longest amount of time.

So too their earlier, measured but bold take on the traditional “Farewell To Trion,” which seems to take its time proving the musicians know exactly what they’re doing, so that they can justify making it entirely their own. Pieces like this are distinctly satisfying: they show Wallace and Sasso’s musical mastery, while retaining a certain buoyancy in the dense sea of words that is this album.

Vocals keep the listener on their toes too. On “Wild One,” instruments wind down, pulling back for the bloom of Wallace and Sasso’s voices. Just two tracks later, they’re back, putting their own spin on the folksy, traditional “One Morning In May” as it lifts out of a slow, methodical pace and tumbles forward, the lyrics strangely light as they fly forth from the musicians. This isn’t the traditional song played for tragedy, but for what it is: a kind of sweet and absurd tale of two not-quite-star-crossed lovers.

Throughout, there’s a sort of reliability that listeners can crawl right into, without ever getting bored. Sasso’s voice is deep and muscled, particularly comforting as he launches into the song from which the album draws its name (“You are made of starstuff/From a long-forgotten sun./I am light-years of memory,/Celestial echoes, all are one). Wallace, meanwhile, keeps the listener guessing in the very best of ways: she can do a spot-on whine and then jump an octave (or two), then sing with a catch in her throat just so. Her fiddle sticks every landing.

Nowhere is it clearer, perhaps, than a cover of Dirk Powell’s “Waterbound,” which lets Wallace shine against layered instrumentals that fall to a hush with little notice, then rise again to feel symphonic. As she sings, she is able to shape-shift: she’s halfway steeped in folk, and then her voice hits a wall and flattens into something wide and angry. It’s the closest to shredding she gets on the album: something fierce and wondrous comes out of her, and then is pulled back just as soon as it has appeared.

It is an album bookended by poetry, ending on eight clean, repeated lines of Frost’s poetry that Sasso draws out, pondering the weight of each line. The poem takes less than 10 seconds to recite; he extends it to nearly two minutes. When it ends on a hard-to-shake wonder and heaviness, there’s only one option. Take a breath and start over for a second read. Or listen. On this trip from the past to the present, it seems the musicians wouldn’t have it any other way.

Kat Wallace and David Sasso’s album Stuff Of Stars is now available on their website, as well as Bandcamp, Apple Music, and Spotify. The duo performs Sept. 21 at 8 p.m. at Best Video Film & Performance Center; tickets and more information are available here.