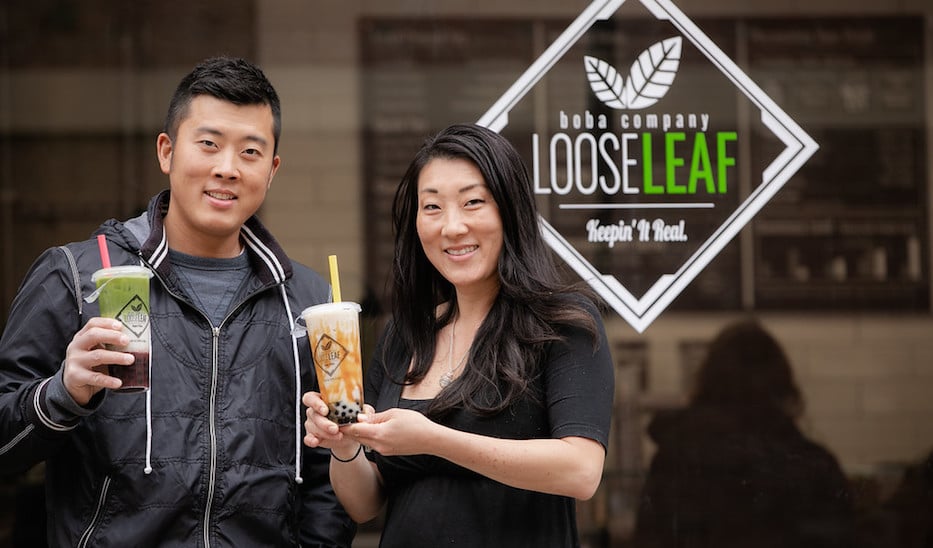 William Bok sees boba as “a great introduction to Asian culture.” He and his sister Lisa Satavu have brought the popular sweet tea-and-milk based Taiwanese drink to their new shop on High Street.

Bok and Satavu are the new owners of Loose Leaf Boba Company, the latest addition to the city’s burgeoning bubble tea scene. It is not their first New Haven business: they have also partnered on downtown restaurants including Pokémoto and Saladcraft. Prior to Loose Leaf’s arrival this year, they owned FroyoWorld at the same location.

“We wanted to make something new, nice, and inviting to the area,” Bok said.

After frozen yogurt sales began to dwindle in 2020, he and Satavu decided to shift their ownership from frozen yogurt to bubble tea. To Bok, New Haven was an ideal location to house an outpost of the company, which also has stores in Dallas, Santa Ana and Long Beach, California, and Wallingford.

He described the city as a “welcoming and diverse area … we always start our brands there.”

He also thought Loose Leaf would do well in New Haven, particularly as the weather warms and foot traffic continues to increase downtown. He said that Yale University brings people to New Haven and allows more retail opportunities. He and Satavu currently rent the space from Yale Properties.

For Bok and Satavu, finding friendly and hardworking staff was not a challenge. Bok said people were eager to work and enticed by Loose Leaf’s working environment. The shop currently has 12 part-time employees on staff and a site manager who oversees the day-to-day business. Loose Leaf makes an effort to employ New Haven residents in addition to Yale students.

Bok said the working environment is “relaxed, chill and upbeat, no bussing tables, talking to customers, and everyone is in a good mood.”

The store opened at the end of March. The opening was delayed a year because of the Covid-19 pandemic. Bok said that anticipation and enthusiasm for the store grew during the building and renovating process.

“People would walk by the store and ask ‘when are you guys opening?'” Bok said.

The excitement continued once the store opened. “You wouldn’t even know if there was a pandemic or not because it’s been so busy!” Bok said.

Bok and Loose Leaf staff were mindful of social distancing as they planned out the interior design of the store. Staff placed indoor tables and chairs six feet away from each other and placed stickers on the floor to indicate safe distancing.

Four tables also hug the outside of the store, providing additional distanced seating options. In April, the city approved the space for outdoor seating and dining.

Steve Fontana, deputy director of New Haven’s Economic Development Administration, said that the city has worked closely with and supported businesses throughout the pandemic. In the past 14 months, the administration has made it easier for businesses to secure and extend their licenses for outdoor or “terrasse” seating. Downtown, it has worked with Town Green Special Services District to do so.

Businesses were allowed to license and set up tables and chairs on public sidewalks to accommodate more customers. Fontana said New Haven’s outdoor dining scene was a “big success” for businesses and will continue to happen “in perpetuity,” beyond the pandemic.

“In New Haven, we had more businesses open up than we did close,” he said. “It’s an indication that people here believe in themselves, have great ideas, are innovative, and want to go into business themselves.” 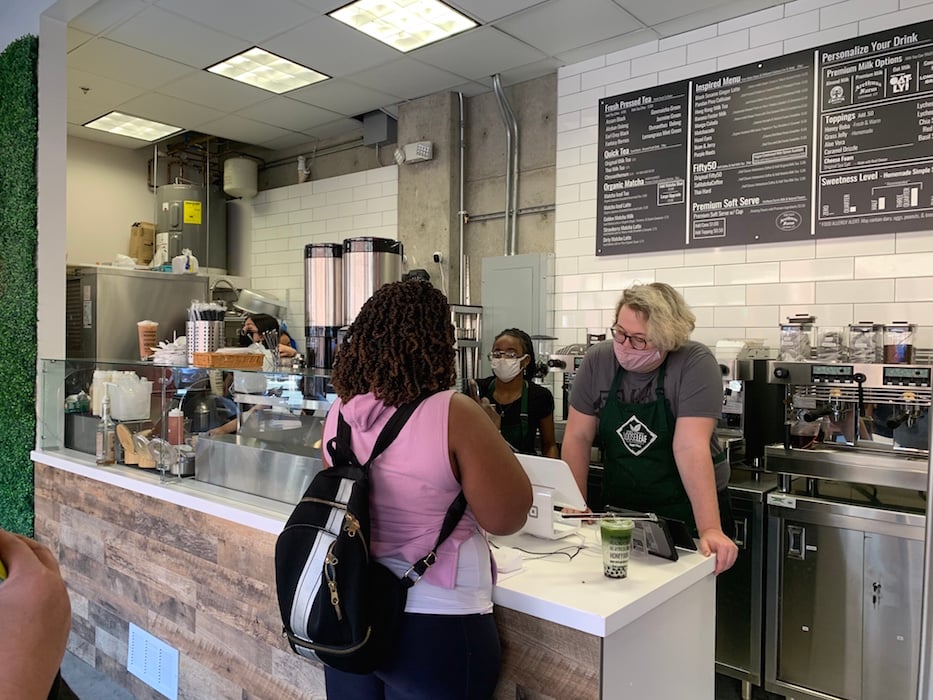 Bok and Satavu have also faced unexpected surprises in their first few months. Central to Loose Leaf’s business model is tapioca pearls, the sweet and chewy starch balls that lie at the bottom of the cup. Bok said that some of Loose Leaf’s tapioca pearls are among the supplies stuck on ships or docked at ports going through customs due to the pandemic.

In fact, the entire nation is facing a shortage of tapioca. Bubble tea without the boba is simply just tea.

Despite the shortage, Bok said that the New Haven store currently has a “good amount of boba.” With the pace of business at the store, however, he is unsure on how long their supplies will last.

If supplies do run out, he hopes customers will keep an open mind and try new toppings. Loose Leaf has a large variety of toppings, ranging from sweet lychee jelly to chewy basil seeds.

Downtown New Haven is home to other bubble tea stores, meaning that competition lies around every corner. Shops include Vivi Bubble Tea, The Whale Tea, and boba options at York Street Noodle House. Bok said he is confident that Loose Leaf will stand out.

In each Loose Leaf location, tea press machines are used to produce their very own tea. This means no bagged, instant, or powdered tea is used in their drinks. The company also does not use any syrups or artificial flavors. To keep it local, the New Haven location is collaborating with Arethusa Farm as the store’s milk supplier. The store also has vegan, plant-based milk options from Califia Farms and Oatly Original Oatmilk.

Bok said that bubble tea itself derives from Taiwan, from where it became a popular drink in all corners of Asia. He added that “boba is Asia’s most popular dessert.”

“I think it’s good for people to be open minded about every culture in life, and try to see what they have to offer in terms of food,” he said.

Elsa Holahan is a sophomore at James Hillhouse High School. This piece comes to the Arts Paper through the Spring 2021 cohort of the Youth Arts Journalism Initiative (YAJI), a program of the Arts Council of Greater New Haven. This year, YAJI has gone virtual due to the COVID-19 pandemic. Read more about the program here or by checking out the "YAJI" tag.