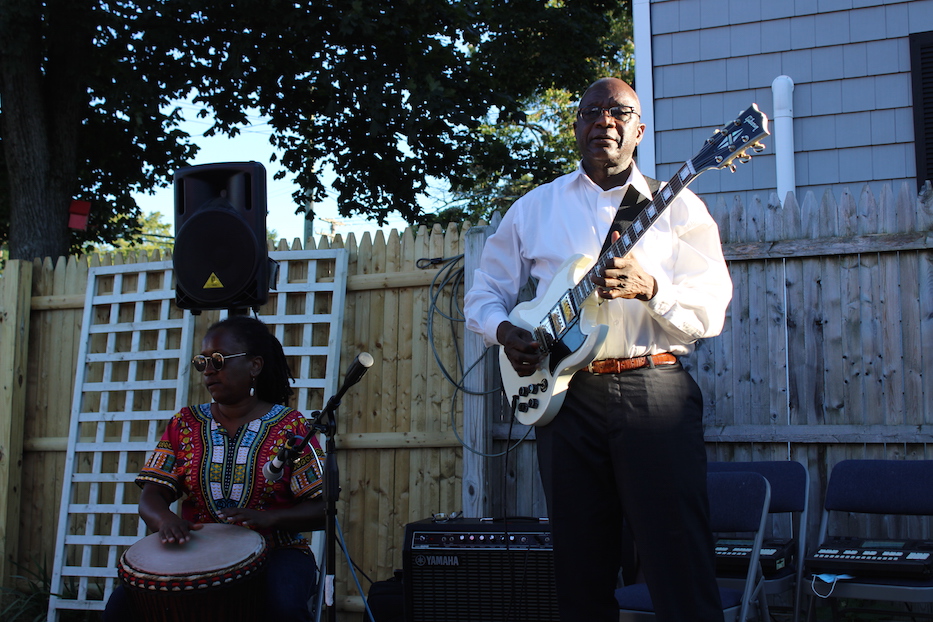 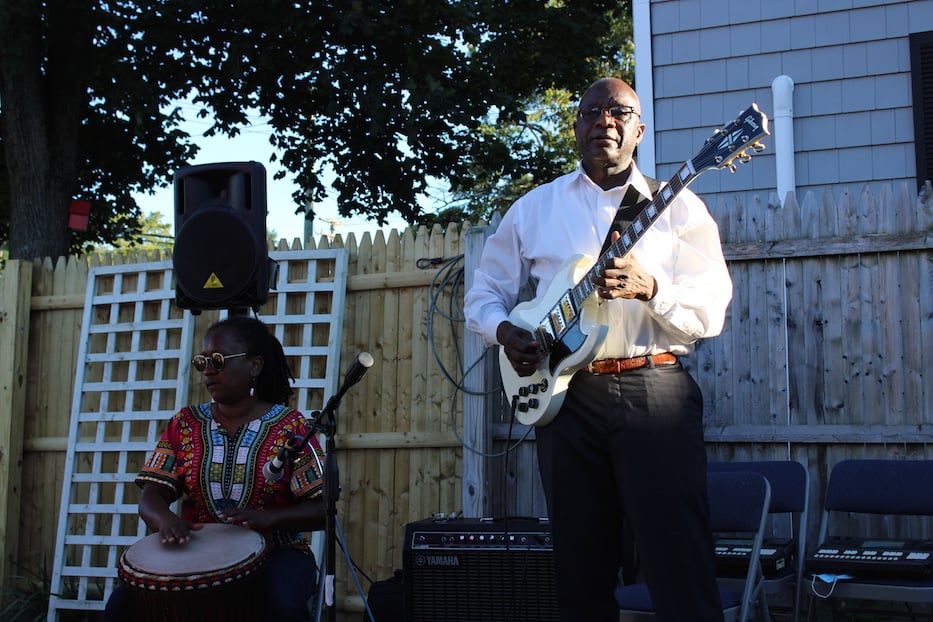 In the waning Sunday sunlight lawn chairs unfolded, take-out buffets materialized on TV trays and the propulsive thrum of programmed beats began to fill the parking lot outside Best Video. A few dozen attendees found their preferred perches as the glassy, upper-register glisten of Mamady Kouyaté’s guitar buoyed over the settling crowd.

Percussionist Jocelyn Pleasant plucked her djembe from the backseat of her car. Guitarist Mamady Kourouma finished his brown bag supper, then joined with espresso in hand. At some indeterminate point, sound check became performance, as eyes and ears turned towards the band and the Mandingo Ambassadors returned to a familiar venue.

The Mandingo Ambassadors are a revolving ensemble of musicians lead by griot-guitarist Kouyaté, a Guinean-born musician steeped in decades of West African musical tradition. Sunday marked the first time in over a year and a half—since the beginning of the pandemic—that the New York transplant brought his talents to Best Video.

Though he was working with a bit of a skeleton crew, Kouyaté’s 10,000-hour expertise shone as brightly as ever. He was accompanied only by Pleasant and Kourouma, and the Ambassadors’ most recent recruits—two Yamaha 16-track recording console/sequencers.

Never before has an ostensible drum machine sounded as organic as Kouyaté’s did Sunday evening. Songs started and ended as a matter of course, a sort of you-know-it-when-you-hear-it natural progression. First, Kouyaté would cue a backing track from one of two electronic boxes sitting on folding chairs behind him. Then the three flesh and blood musicians would take a moment, familiarize themselves with the key, tempo and timbre of the tune and, across glances, crescendo together into an intricate, articulate, improvised whole.

As the evening progressed, the song selection followed the setting sun behind the trees. Each subsequent track became a shade more subdued and contemplative. Audience and band members alike settled into the set, its early highlife ecstasy wading into a more complex sonic tide. They accepted the slow start of submerging cold, each song a pastiche of major and minor moods. Musicians told stories of the shared subjective without words. 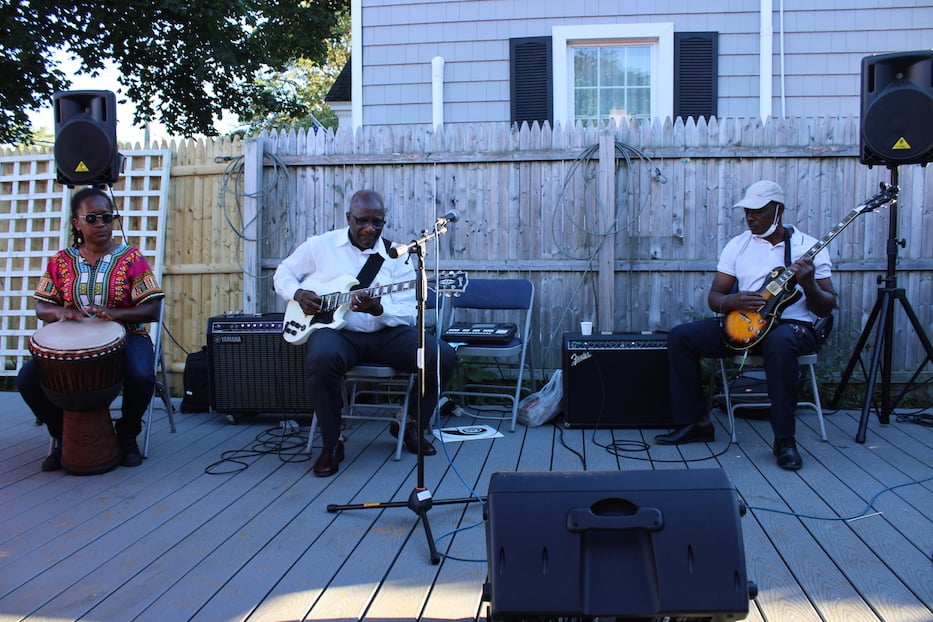 As the Ambassadors played, audience members nodded in agreement and rhythm with the unspoken whole unraveling around them. The set unfolded at its own pace, with an audience immersed in the transportational power of music. It journeyed plausibly from place to place but never argued with its surroundings.

The specter of Covid-19, never far from public concern, loomed over the performance as it has any other in the past 18 months. The addition of a mechanical member might not have been Kouyaté’s preference, but he navigated the challenge of a reduced ensemble with grace and ease. His pre-recorded tracks were sensitive to the economy inherent in looped music.

With a rhythm section perpetually riding a singular chord progression, musicians formed landscapes not through collective choreographed dramatics or bombast, but through subtle inflection. The story of the music arose from phrasing and internal dynamics, and this never seemed a challenge for the deft ensemble.

“Each song takes me about an hour to make.” Kouyaté said after their set, as he dissected their last selection into its contingent parts. “I like to be certain they’re good.”

“After COVID 19 we tried to fix the band,” Kouyaté said mid-set. It was unclear if the band needed fixing in the first place,. The new slimmed down Mandingo Ambassadors, ever diplomatic, were able to share a sweet, complete and compelling message to a crowd excited to exercise their long-lonely ears.

Find out more about concerts at Best Video here.