"Medusa Glow" Is Delish In All The Right Ways 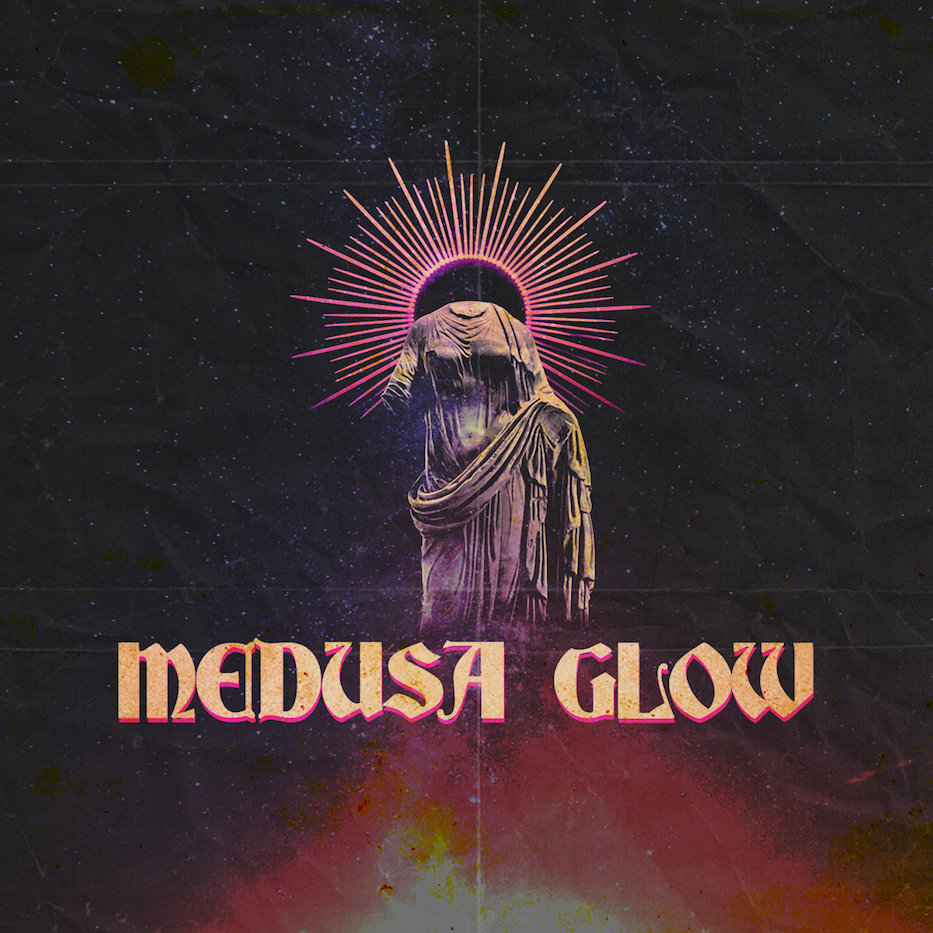 It’s a rhythmic bass, perfectly punctual, that makes the introduction feel like it’s playing in something sprawling yet self-contained. Voices rise in muddled Spanish, cobwebbed in static. Glass breaks; someone bangs on a drum that gives off a hollow, tinny sound. Somewhere far away, it seems like a firework is soaring through the air. The beat drops. Sotorios Fedeli jumps on the mic.

It is a winning collaboration, in which the musicians have balanced propulsive timing and lyrics that have a certain, sometimes exhausting weight to them. From the beginning of Medusa Glow, Fideli and Delish are in lock step with each other, with vocals that weave through fuzz and synth, warbling, chopped-up intros, piano and flute, and nods to the genre’s history that are never out of earshot. Listeners don’t always have time to process what they’re hearing: they’re better off if they just go with it.

In this way, Fideli and Delish have slipped in a sound that’s homegrown and even plucky, marauding deliberately at times. At one point in “Death by: Death,” there’s a split second in which it seems that a cassette tape has been chopped up and put back together. In “Dalivision,” listeners get a sound that seems caught between a weekly jazz club and hip-hop tracks that rose to popularity in the late 1990s.

“N.ear E.arth O.bject” plays with the sound of a percussion object meets spaceship, then segues into a jumpy, breathless stew of sound that evokes New Haven artist Ceschi. In “Color Of The Night,” funk gives way to a running, propulsive beat that grinds under vocals, then dips back to its beginning.

Or “Jopps,” the third track on the album. In what ultimately becomes a cacophony of sound, Fideli slows it down, taking his time as fuzzy, halting guitar and a down beat play him in. He takes the listener back, weaving his childhood in with lyrics that put him right in the present. Keys tinkle and climb in the background.

“Let me set the scene/In between hell and heaven on the mezzanine,” he raps. “Drinkin from the cup of everything without measuring/When life is but a dream/But life ain’t what it seems/It happened suddenly.”

Medusa Glow is not a happy album, but it doesn’t need or want to be either. Instead, it’s a love letter to where the musicians have been, what they’ve soaked up aurally along the way, and where they’re going. Fideli wastes neither time nor breath getting to death, police, addiction, the musical casualties of late-stage capitalism. He raps with an inherent reverence for the past that nearly dredges it right up, with all the ghosts buried inside.

It also feels right on time, channeling the same musicological nostalgia that birthed Gimlet’s podcast “Mogul” in 2017 and Jia Tolentino’s ode to Houston hip-hop in her essay “Losing Religion and Finding Ecstasy in Houston” earlier this year. There’s a candid, earwormy heaviness that listers are lucky to hold onto. It’s a musical tour that keeps one guessing, and warrants a second and third listen.

To listen to the album, click on the audio embed below or visit SotoLish on Bandcamp.