Music Haven Gets Back To Its In-Person Rhythm 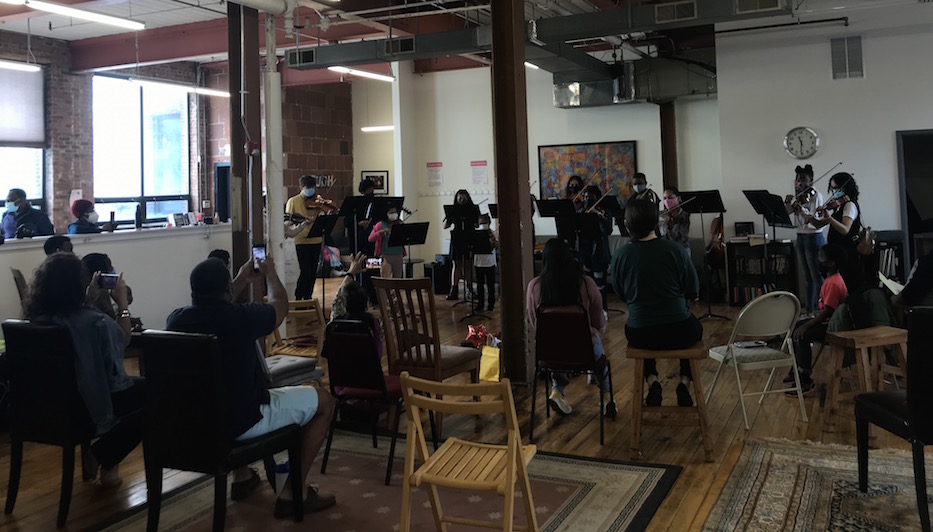 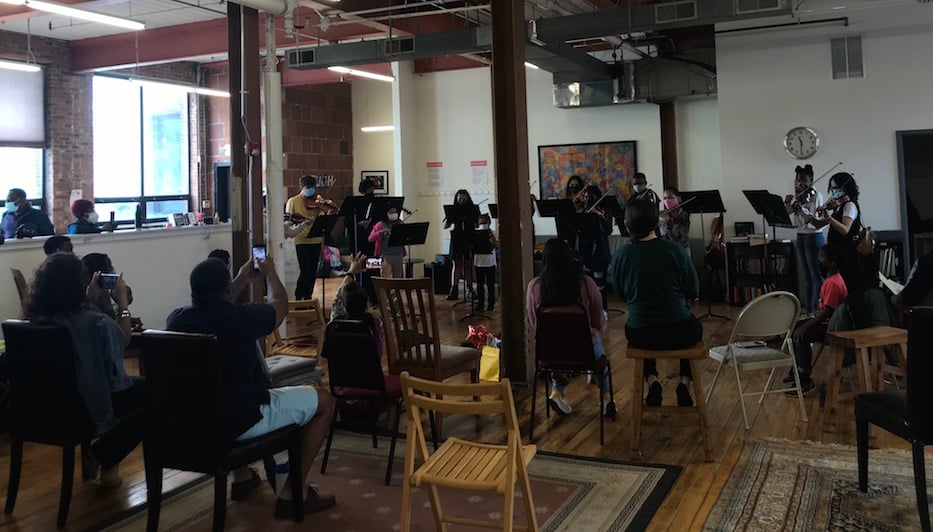 The violas, tucked under chins, and the bows, held by hands big and small, danced. Together, they produced a flood of notes that joined the background track of Skylar Grey’s “Coming Home.”

The room of 50 people was enveloped in a soft musical energy. Parents’ arms hung in suspension as they filmed their children. Their attention did not waver. When the violas and bows finished their dance, a roar of applause leaped from the audience. Students bowed, and their violas and bows bowed with them.

Saturday’s day of recitals marked the return to in-person music for Music Haven, a nonprofit that teaches tuition free music lessons to 80 kids across the city. What is normally a massive end of year performance was broken up into four separate recitals. The first recital started at 11 a.m., and the last recital at 5 p.m. Each recital was one hour.

Saturday morning, word traveled that the 11 a.m. venue had been changed due to rain. Lewis Park, with uncut grass and two inches of rain, could no longer accommodate chairs, students, and their string instruments. When the rain stopped, the afternoon recitals returned to Lewis Park. 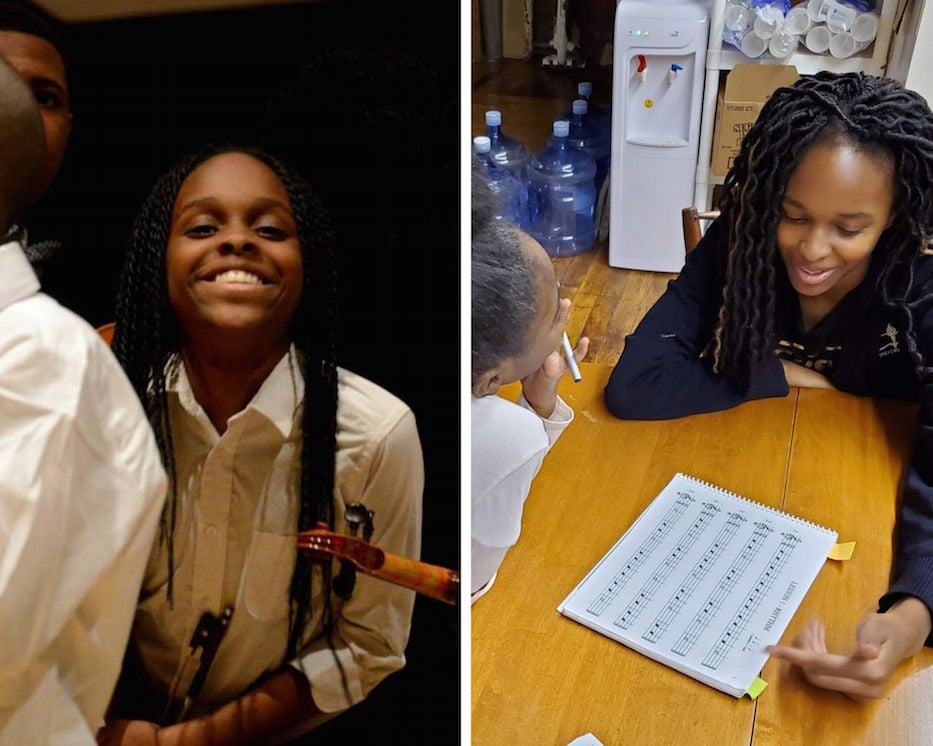 Instead, the recital was moved to Music Haven’s Erector Square headquarters on Peck Street in Fair Haven. There, students and their families found warmth, dryness, and a space they had not seen in 18 months.

Scattered throughout the offices were time capsules from March 2020. On one wall there hung an untouched teaching schedule written in white board ink; on another, a list of March 2020 birthdays.

Before students could think about their performance, they wandered through the preserved space, mesmerized. Since March of last year, students have used Zoom, FaceTime, Google Duo and YouTube to continue their musical education. 17-year-old Giavonda Harris, who has been at Music Haven for 10 years, stood before the teaching schedule with her younger sibling Giavaja Harris, another Music Haven student who goes by Jaja.

The two laughed when Mandi Jackson, executive director at Music Haven, walked over and said to Jaja, "You grew.” Jackson described Giavonda and Jaja as the world’s foremost experts on the organization’s work.

“These ladies have been in the Music Haven family for a long time,” she said.

11 a.m. arrived, and it was performance time. Families gathered in the main room. Carpets cushioned the wood floors; exposed bricks formed the walls; and a high ceiling hung above all. 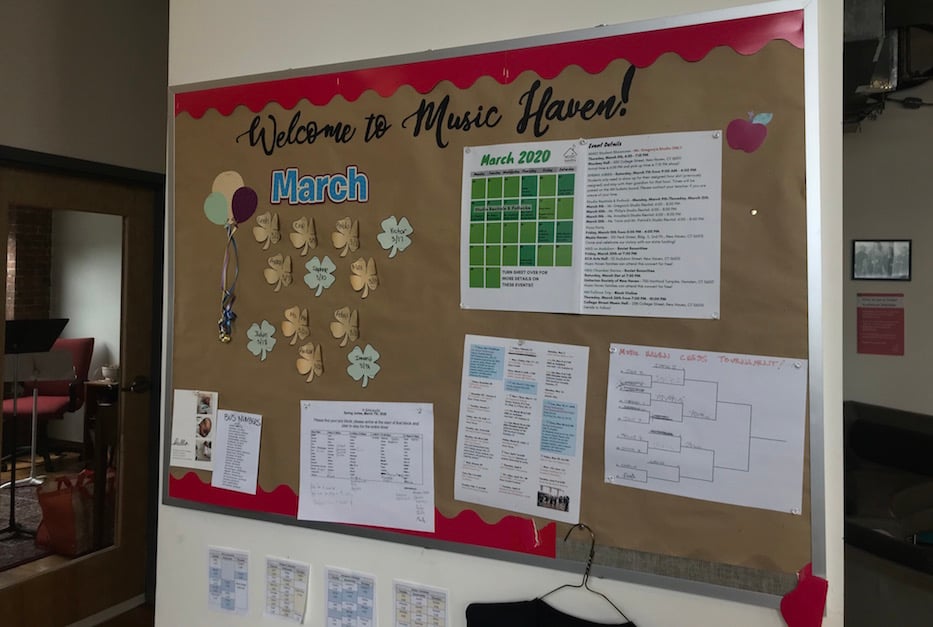 Annalisa Boerner, a professional violist for the Haven String Quartet and resident musician at Music Haven, led Saturday’s first recital. Boerner is finishing her sixth year at Music Haven. She said that she and many of her students have been together all six years.

Boerner’s studio of 15 students, who range from 8 to 17-years-old, performed four songs. After tuning their instruments, students began playing “That’s What I Like” by Bruno Mars.

Heads bopped and hips swung as students stood before their audience. They proved that music cannot be stopped, even in the face of Zoom software that is unable to register the higher pitches of string instruments.

“Sometimes, I would play a scale, and the students would say, ‘Oh, I didn’t hear that,’” said Boerner. In typical teacher fashion, she adapted, reacted, re-adapted, and acted. As the pandemic stretched from one month to 15, “I got better at listening to the Zoom music language,” she said.

Teaching the music was only one part of Boerner’s job; teachers needed to ensure their students had the appropriate instruments. 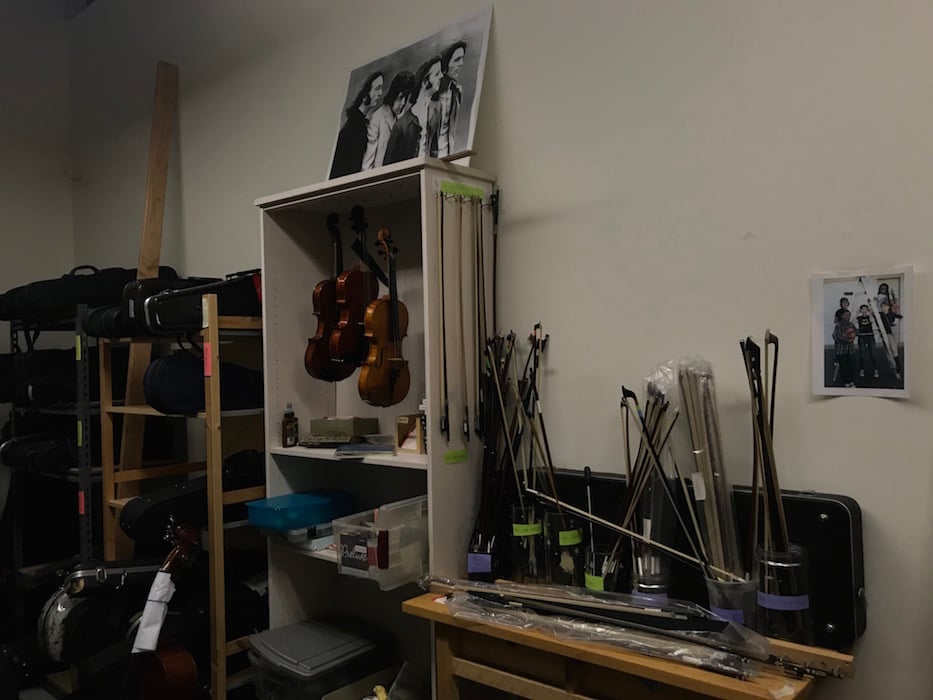 Throughout the pandemic, Music Haven had teachers switching out instruments for kids who grew bigger.  “The teachers would basically do house calls to tune or switch instruments,” said Jackson, chuckling.

Before Boerner counted in her group for their final song Saturday morning, she turned to the audience and said, “Thank you for bringing your young people.”

She then turned again, looking at her students. “Thank you for being musicians,” she said.

After the recital, Boerner described the power of practicing and performing music.

“Having nerves and doing well anyway carries over into the next performance, or job interview, or the SATS,” she said.

She added that she wants to help her students build a self-identity of knowing that “I can be nervous, and the skills that I have trained will carry me through.”